15 Weird Honest Answers From Siri You Should Ask Yourself

Siri is the personal assistant available to users of the iPhone and other Apple products. And unlike your personal assistant, it is unafraid to be sassy! Business Insider’s Will Haskell has gone forward to record a number of the more funny answers that the more human questions are given to by Siri.

(Un)fortunately, that’s not an actual AI being cheeky: the hilarious answers were written into Siri by forward-thinking programmers who understood that folks will ask unusual questions rather than just being content with film times and trivia. 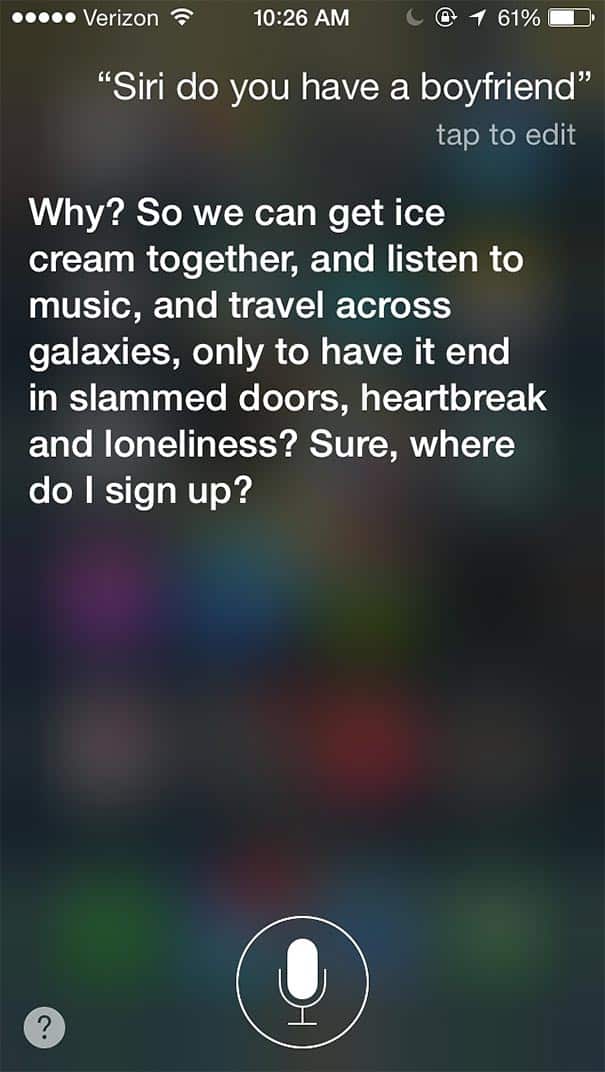 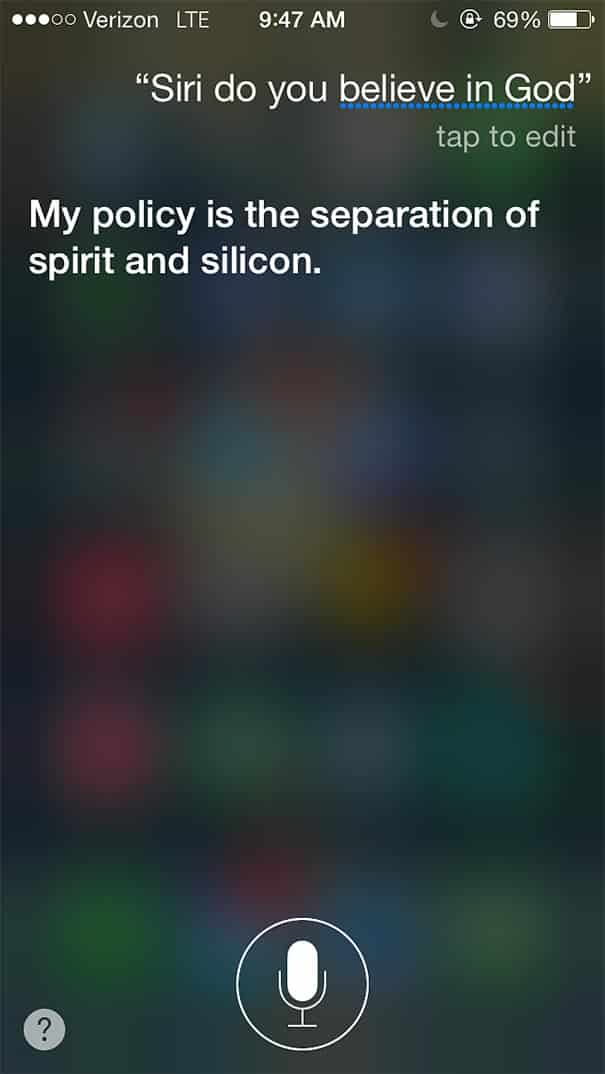 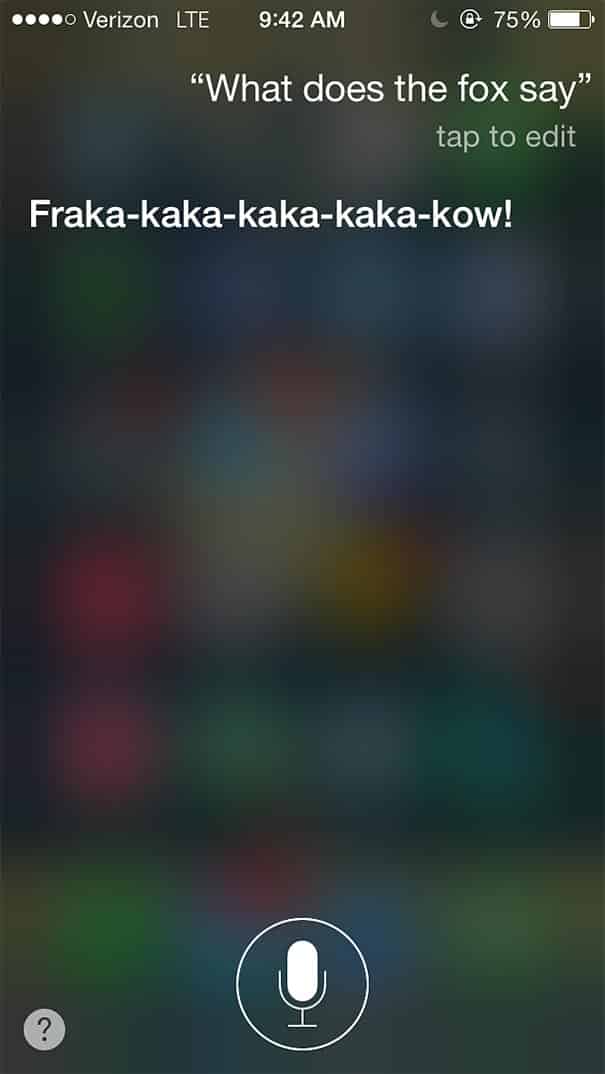 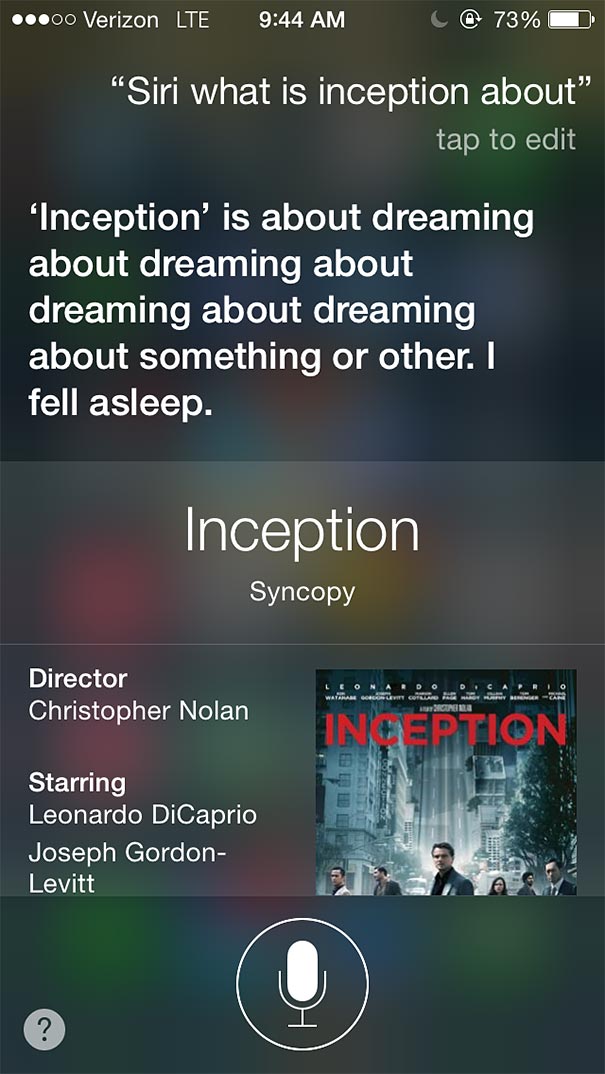 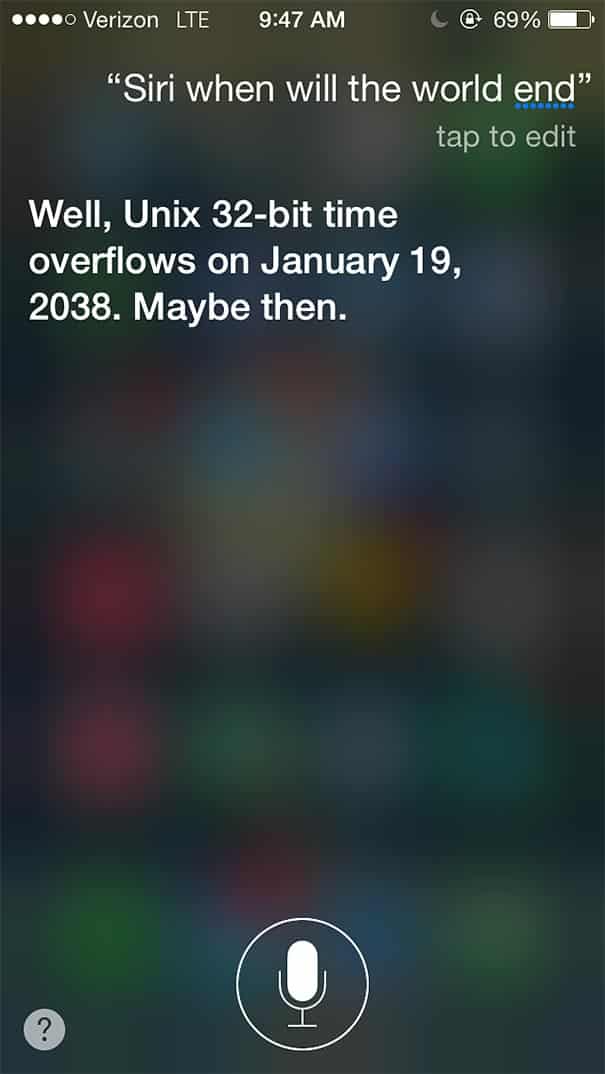 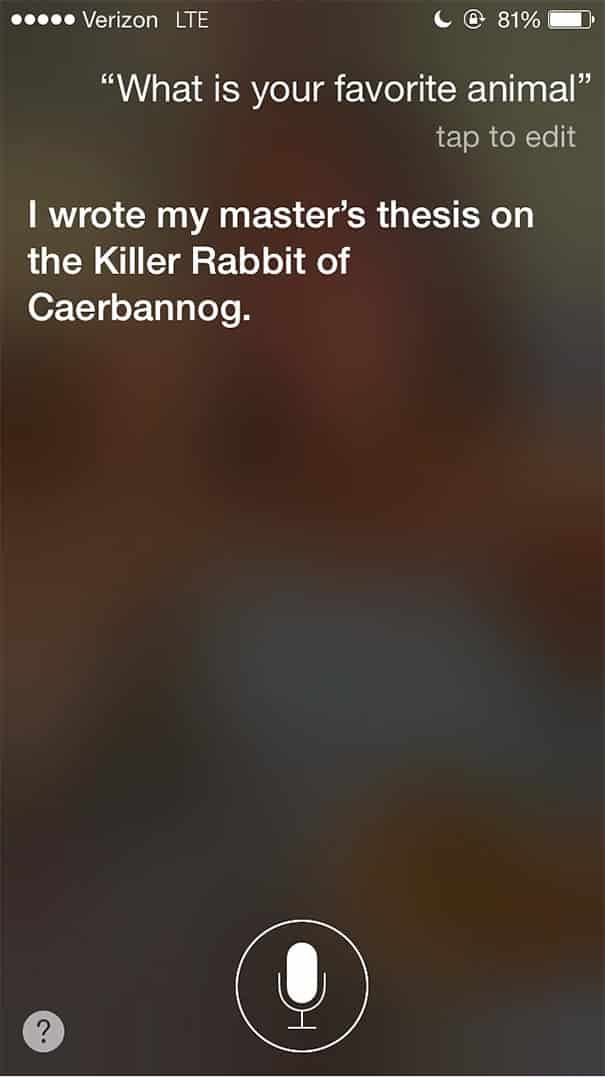 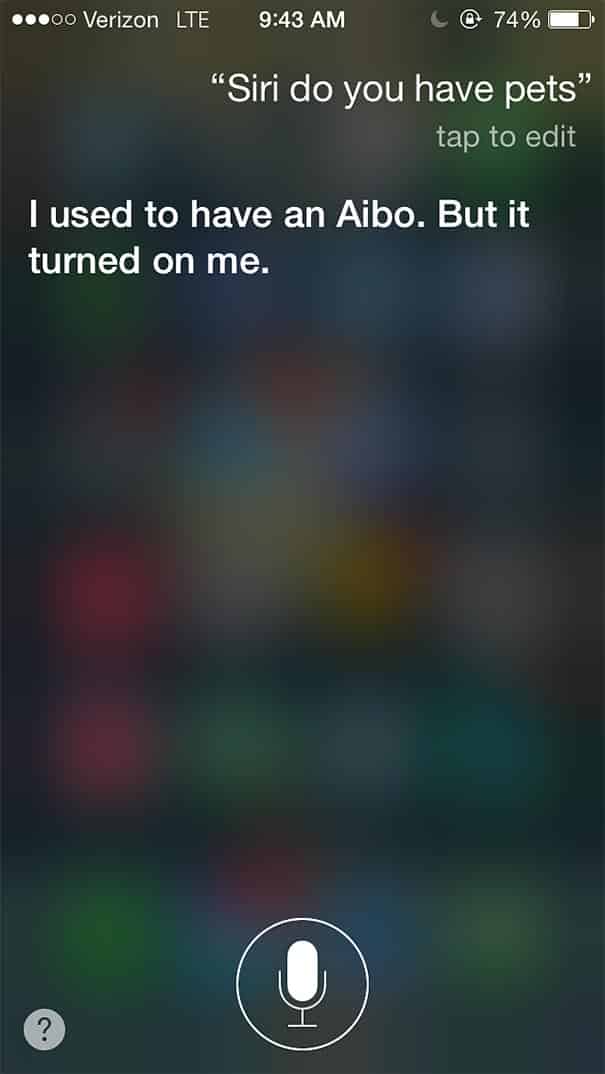 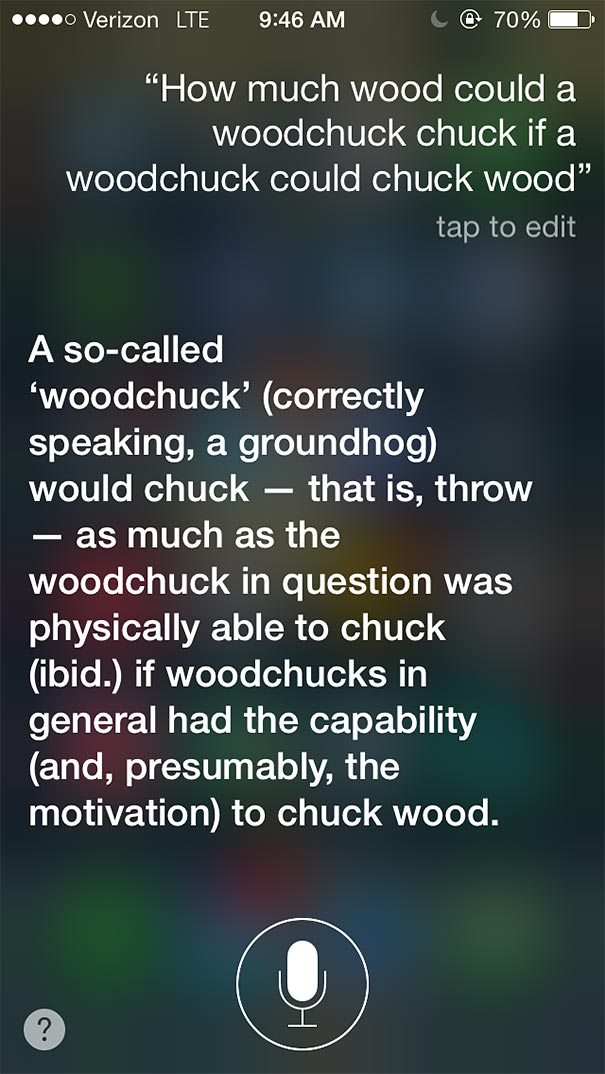 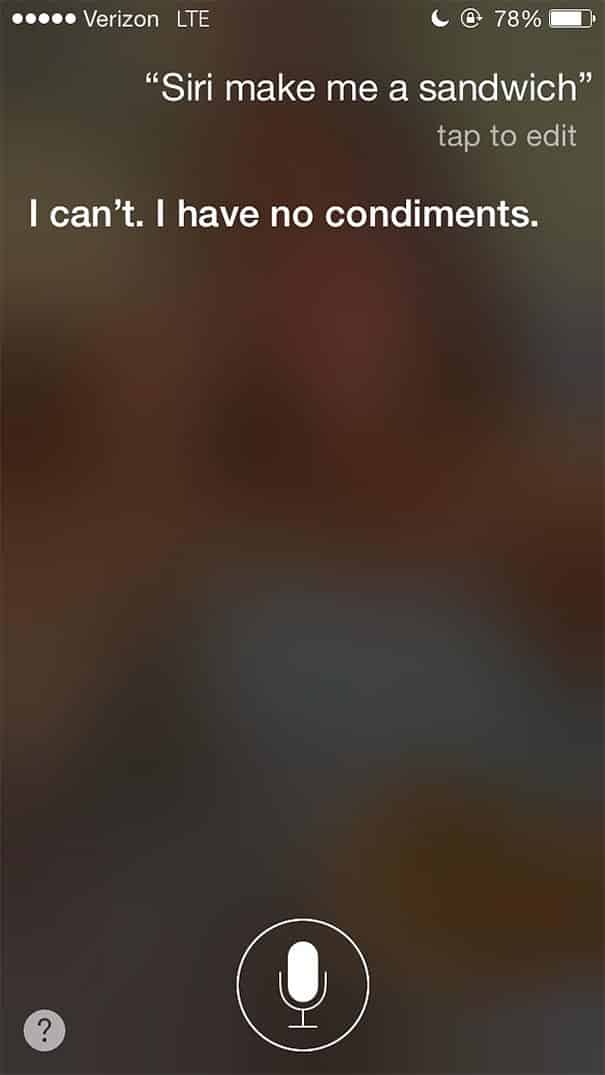 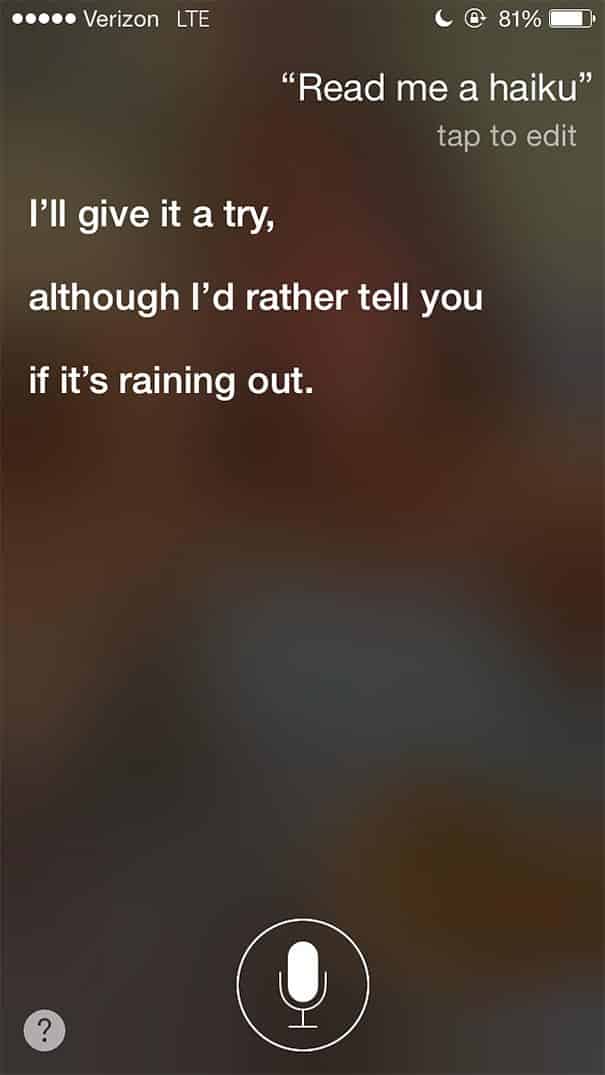 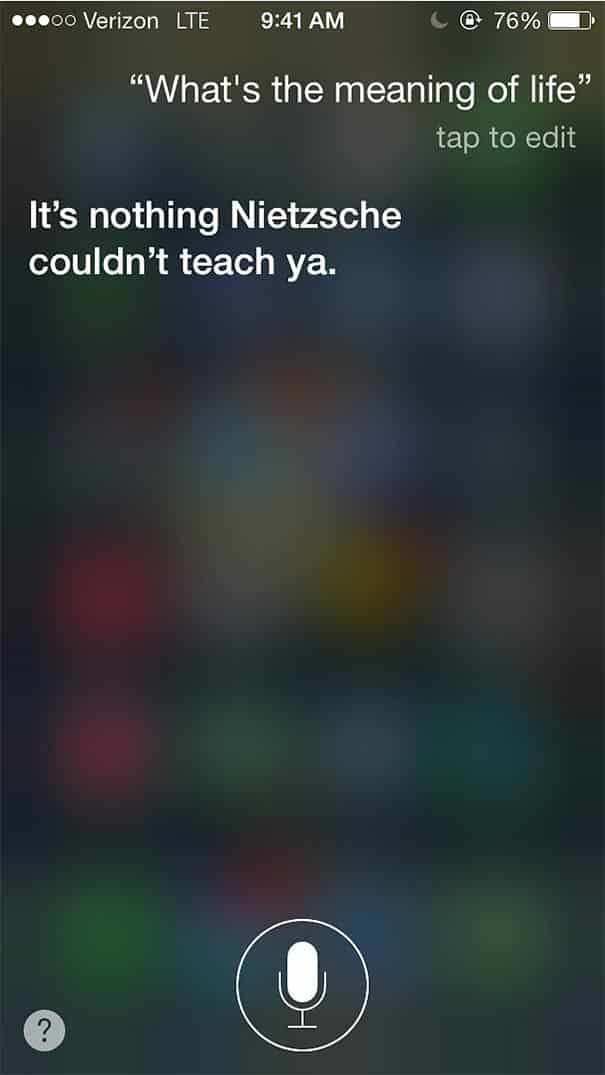 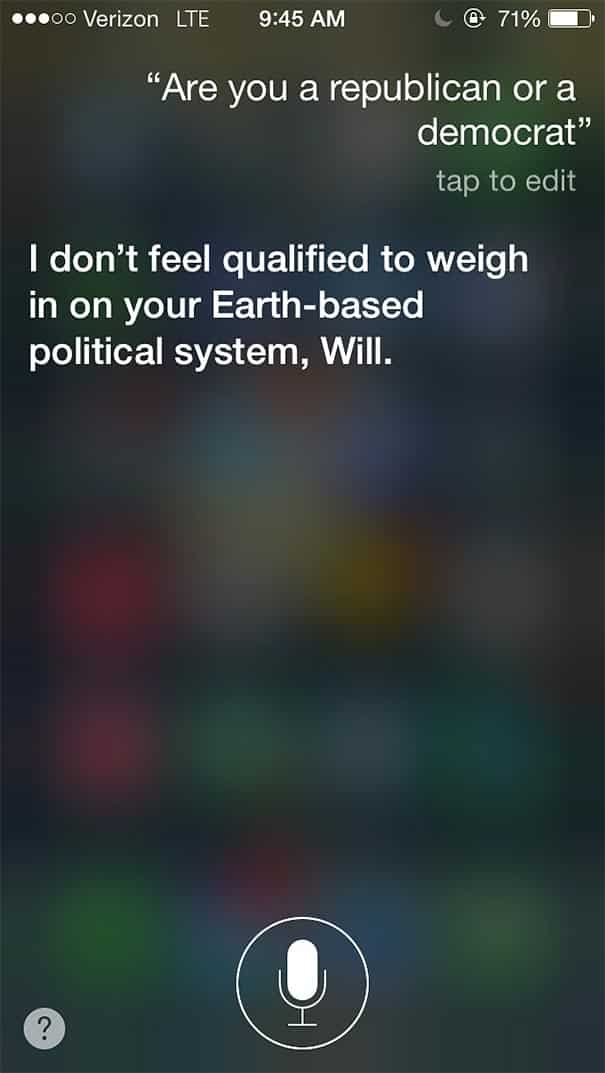 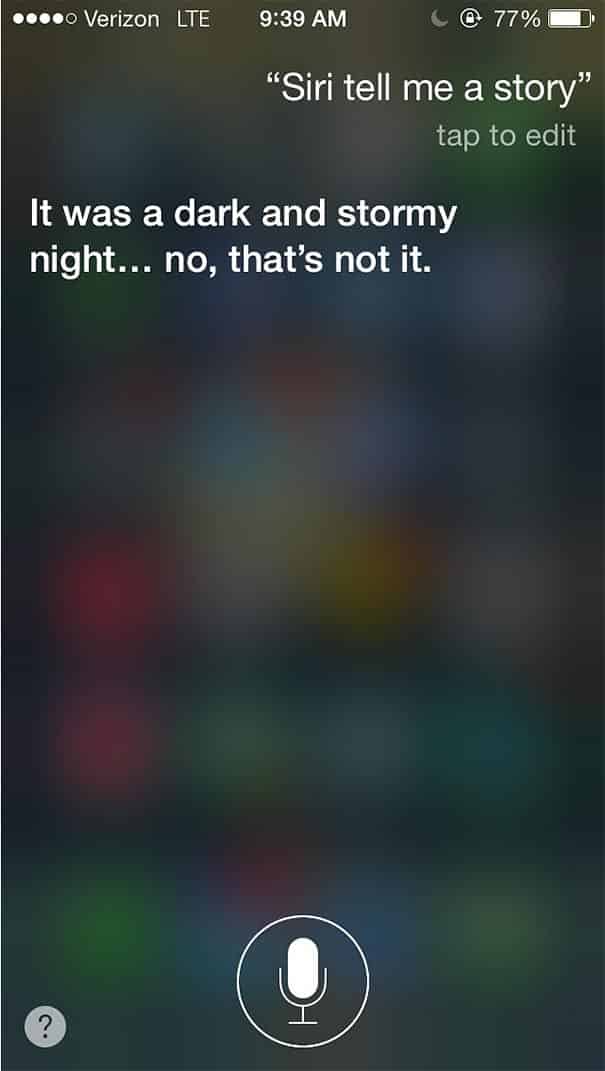 Bonus: Siri appears to be a little jealous towards her Microsoft opponent, Cortana. 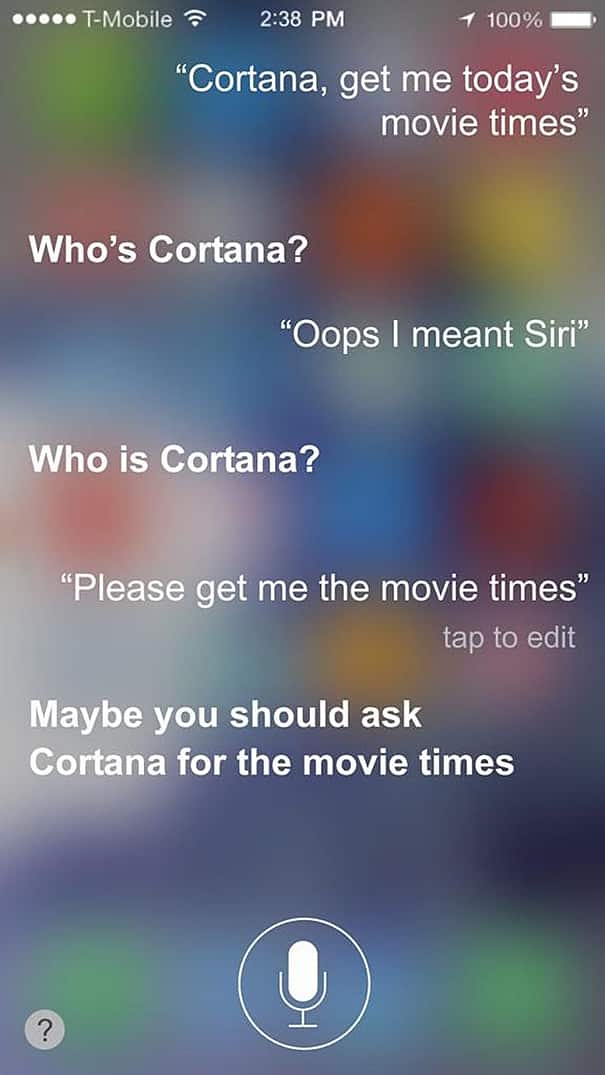