The 2015 Sony World Photography Awards were recently announced and showcased a stunning range of Photography. Sony received thousands of entries and today we’ll be showcasing 18 of the best entries from the open category.

The open category features amateur or enthusiastic photography from any age group.Â These Photographs contain some breathtaking shots of wildlife, nature, architecture, people and animals.

Because the open Â category is allowed for anyone, they have got some extremely creative and breathtaking photography from all ages. If you’re into Photography, why not submit your photos to the competition!

Orangutan in The Rain 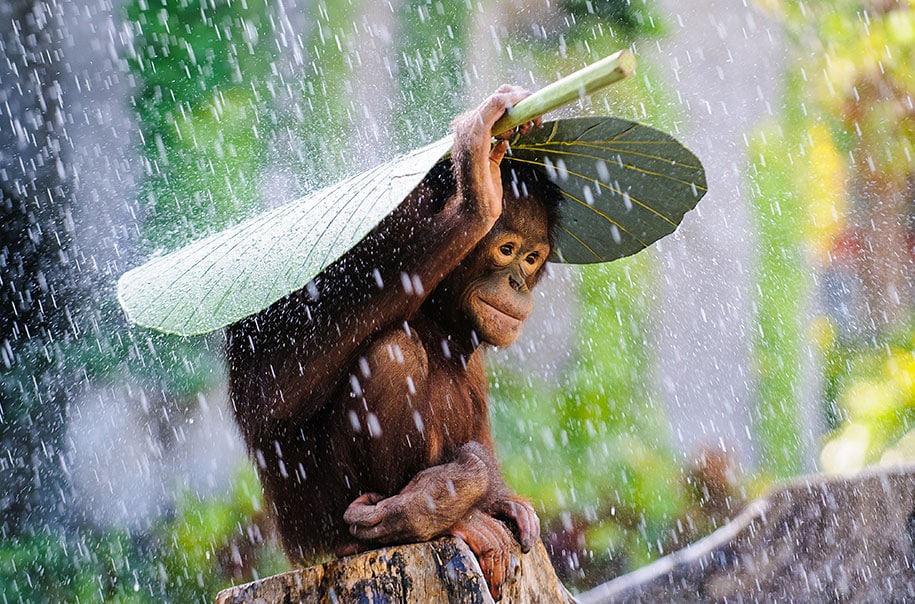 â€œI was taking pictures of some Orangutans in Bali and then it started to rain. Just before I put my camera away, I saw this Orangutan took a banana leaf and put it on top on his head to protect himself from the rain! I immediately used my DSLR and telephoto lens to preserve this magic moment. Image location: Bali, Indonesia.â€ Â Photo by Andrew Suryono, Indonesia. 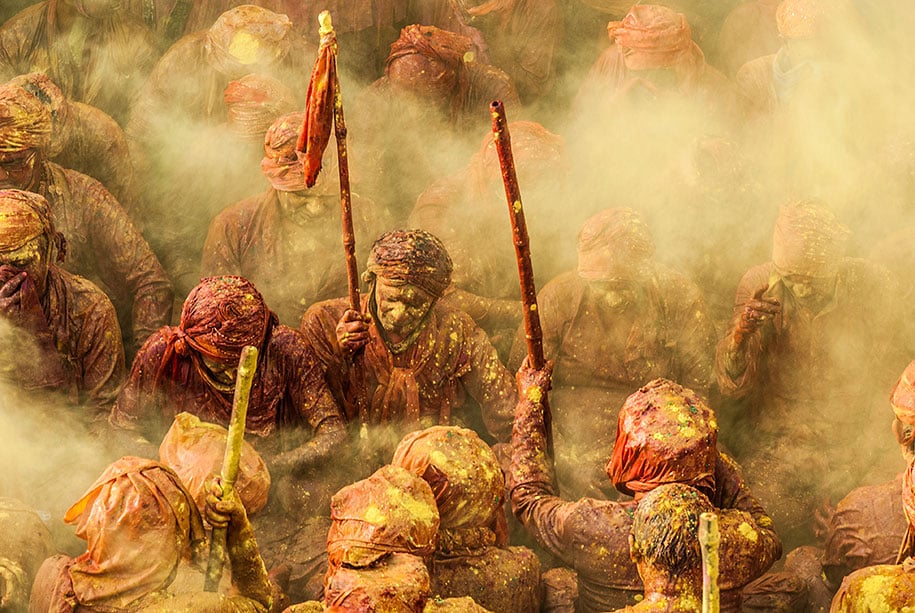 â€œHindu devotees throw vivid color at each other to celebrate the start of spring during Lathmar Holi Festival. Hindu brahmans from the village of Nandgaon are covered in colored powder as they sit and sing on the floor during prayers.â€ Photo by Ioulia Chvetsova, France. 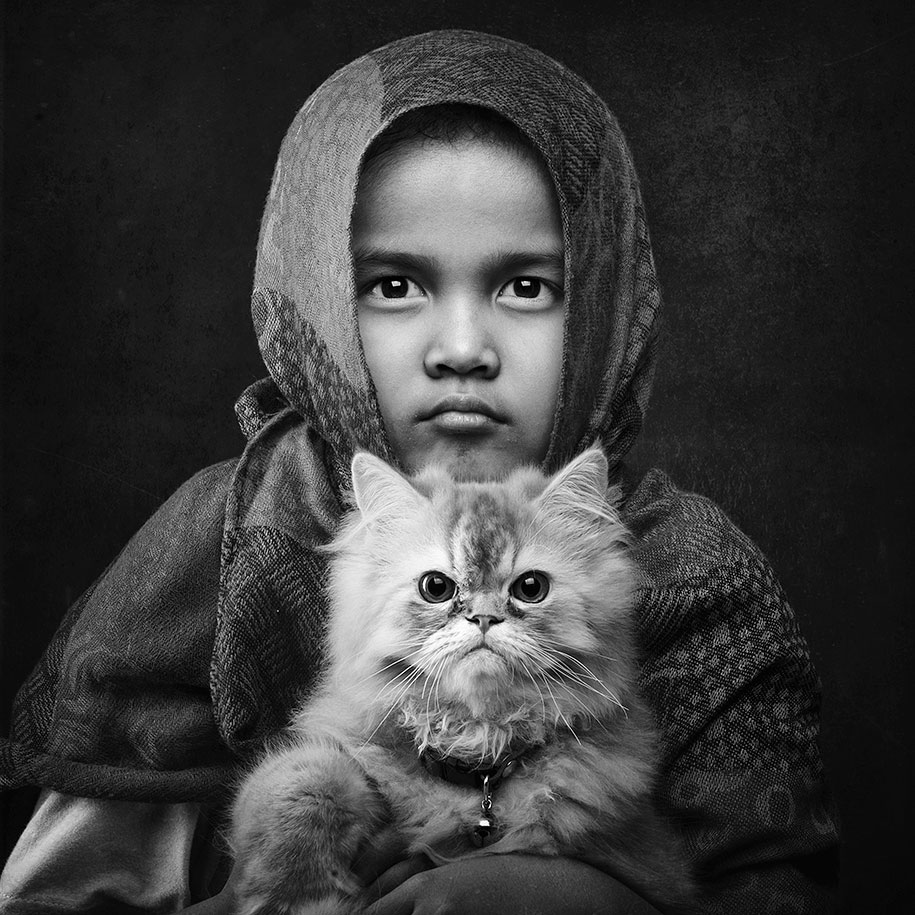 â€œFina (the girl in the picture) is the younger of my two daughters. Fina used to be scared of cat, which was the reason why we decided to adopt two kittens. We wanted Fina to learn how to live with cats, how to hold them, how to care for them and how to treat them as family members to help her overcome her fear. Now we can proudly say she did! Day by day, 7 months passed by and today Fiona and the cats are best friends, and love and care for each other. In this picture I wanted to show how gracefully theyâ€™re together in a frame with Leon, one of her babies.â€ Photo by Arief Siswandhono, Indonesia. 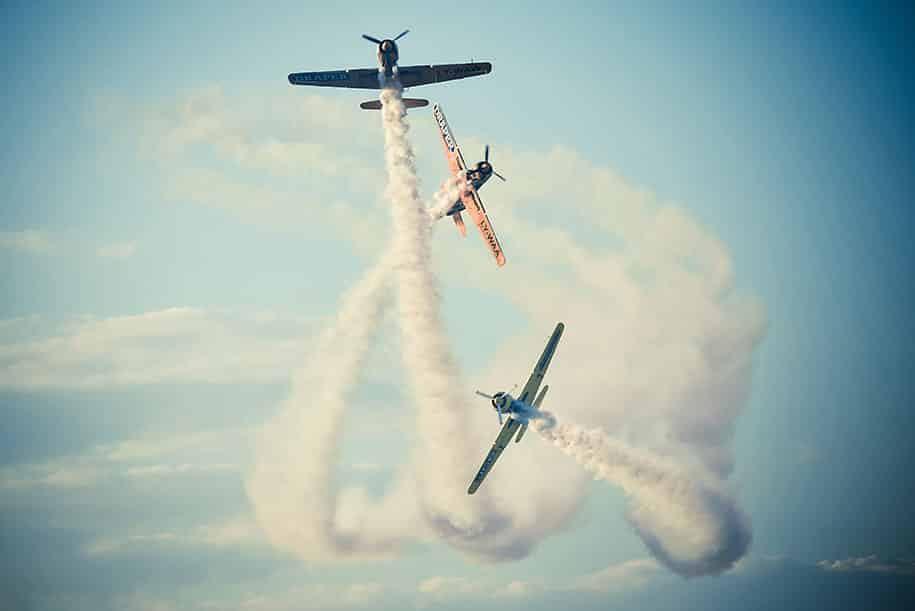 â€œThis is exactly the moment when Romanian YAK Team is breaking the formation just in front of the public at Bucharest International Air Show. At that moment they look just like they are haunting each other.â€ Photo by Cioplea Vlad, Romania. 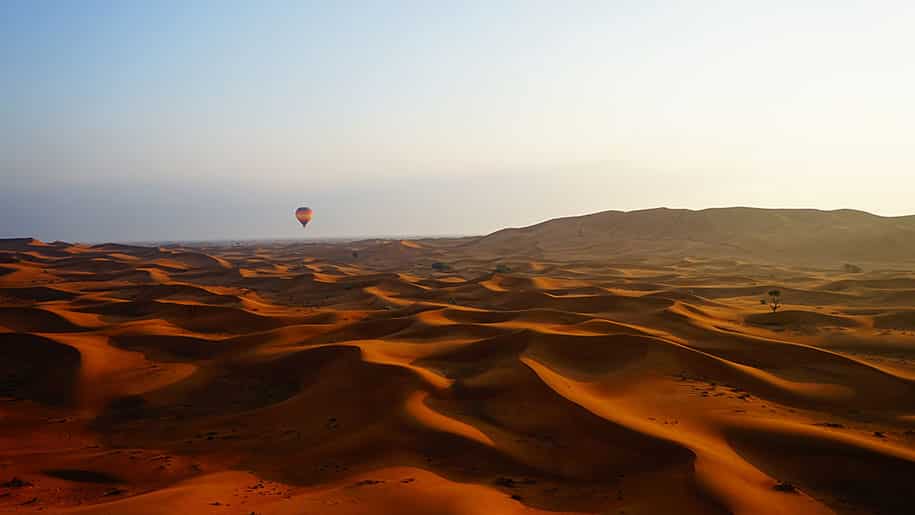 â€œAbout 30 minutes after sunrise a hot air balloon is captured in the distance beginning itâ€™s decent to land in a camel farm. The image was shot while floating over the dunes in a chase balloon.â€ Photo by Gareth Lowndes, New Zealand. 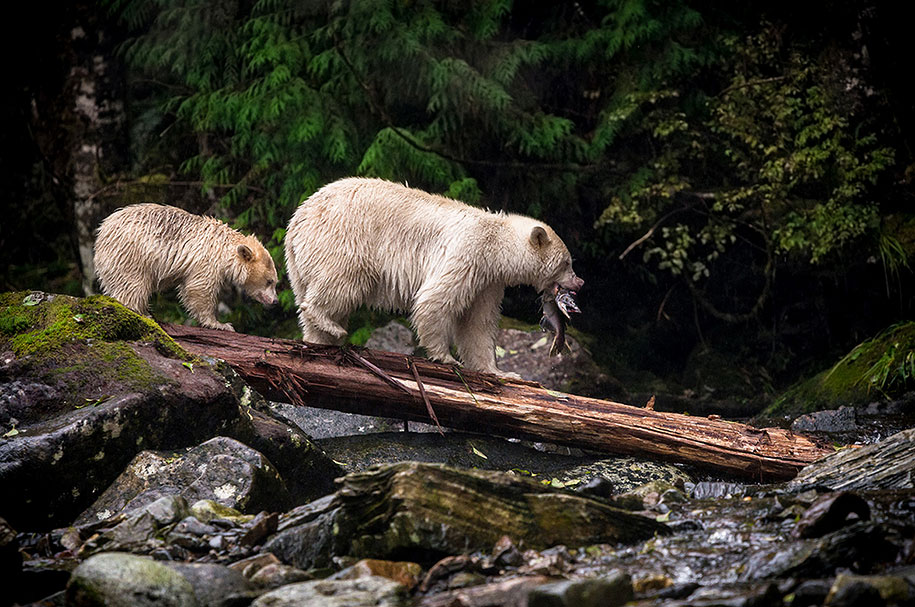 â€œThe mother and the cub are Spirit Bears or Kermode bear a subspecies of the North American Black Bear living in the Central and North Coast regions of British Colombia, Canada. These bears are rarer than the Panda Bear in the wild.â€ Photo by Kyle Breckenridge, Canada.

In a Crowd of King Penguins 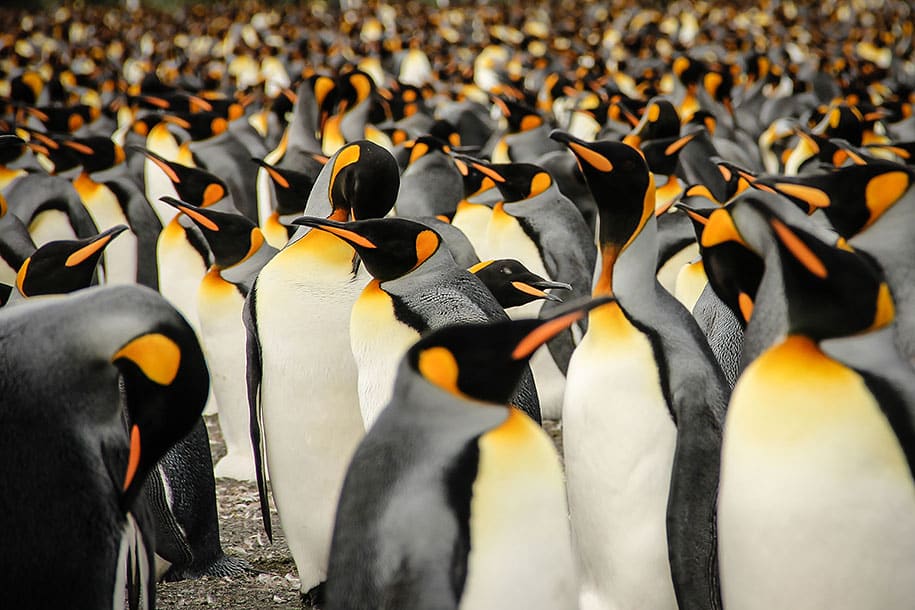 â€œKing Penguins live in large colonies in South Georgia, a speck of an island in the South Atlantic Ocean and just below the Antarctic Convergence. They are very beautiful, gracious and yet almost comical birds and a true delight to observe. This image aims to capture and reflect how gracious and colorful wildlife can be even at the ends of the Earth.â€ Photo by Lisa Vaz, Portugal. 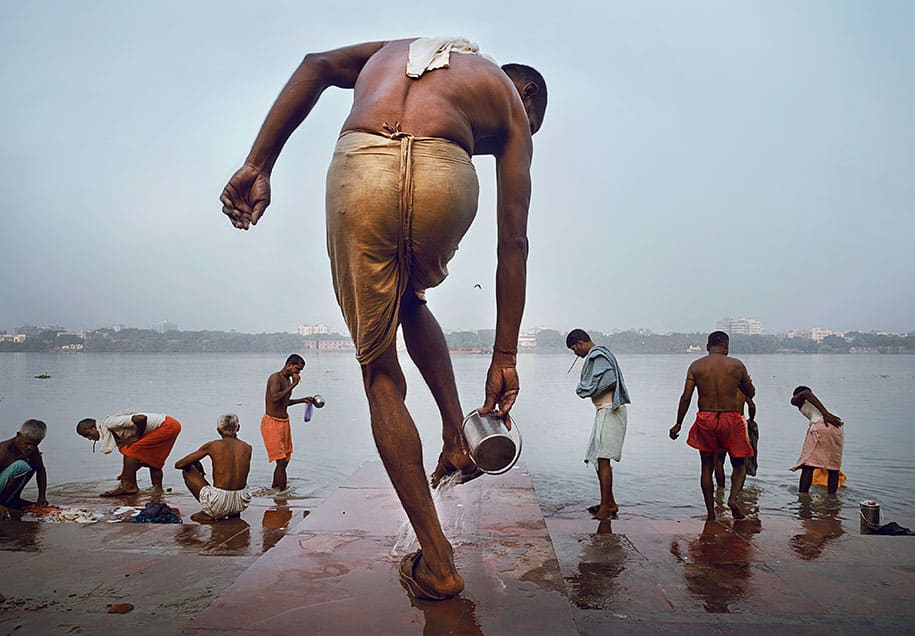 â€œA man washes his feet before bathing in the early morning in the Hooghly River, part of the holy Ganges River in Kolkata, India.â€ Photo by Nick Ng, Malaysia. 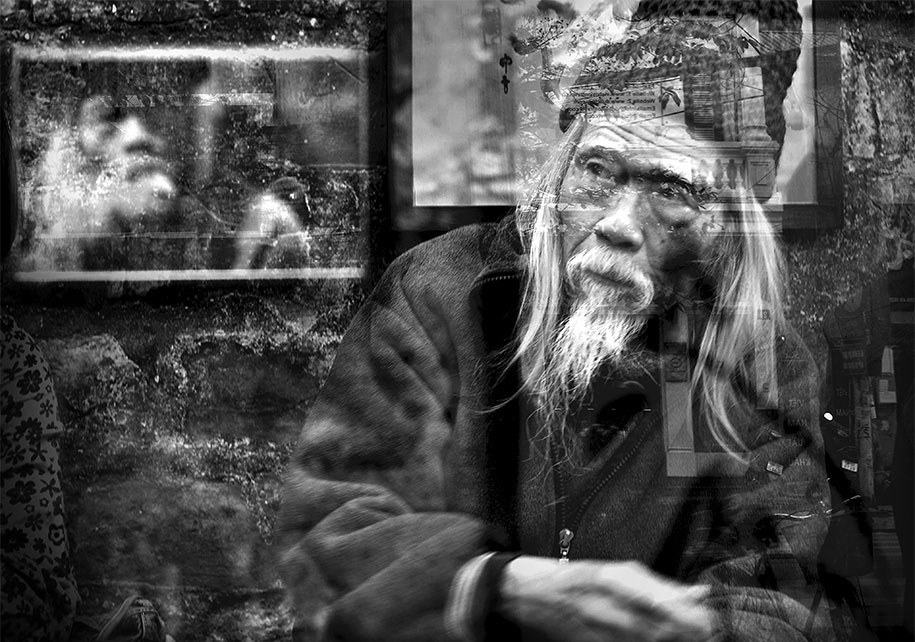 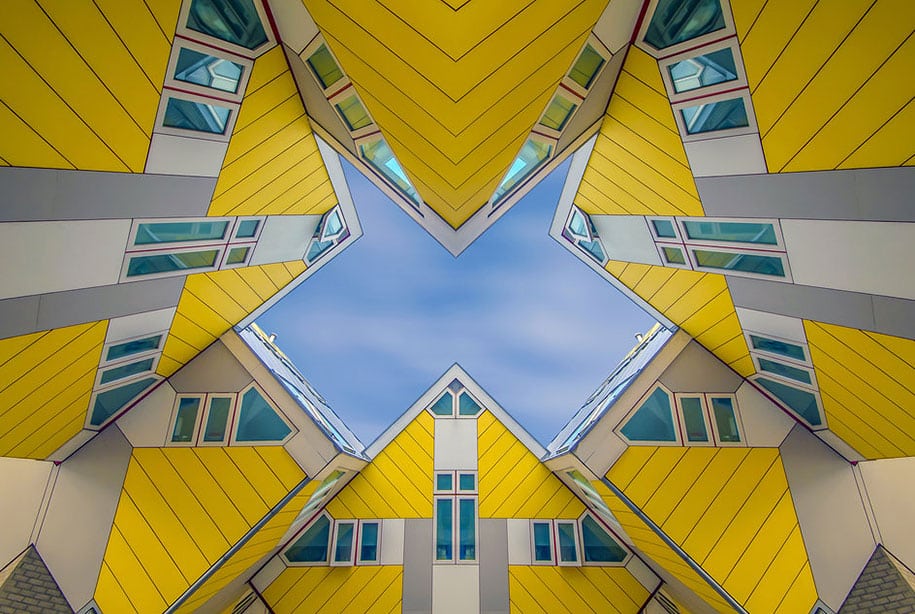 â€œCube houses (Dutch: Kubuswoningen) are a set of innovative houses built in Rotterdam and Helmond in the Netherlands, designed by architect Piet Blom and based on the concept of â€œliving as an urban roofâ€: high density housing with sufficient space on the ground level. Blom tilted the cube of a conventional house 45 degrees, and rested it upon a hexagon-shapedpylon. His design represents a village within a city, where each house represents a tree, and all the houses together, a forest.â€ Photo by Cor Boers, Netherlands.

Vigorous Touch of the Morning 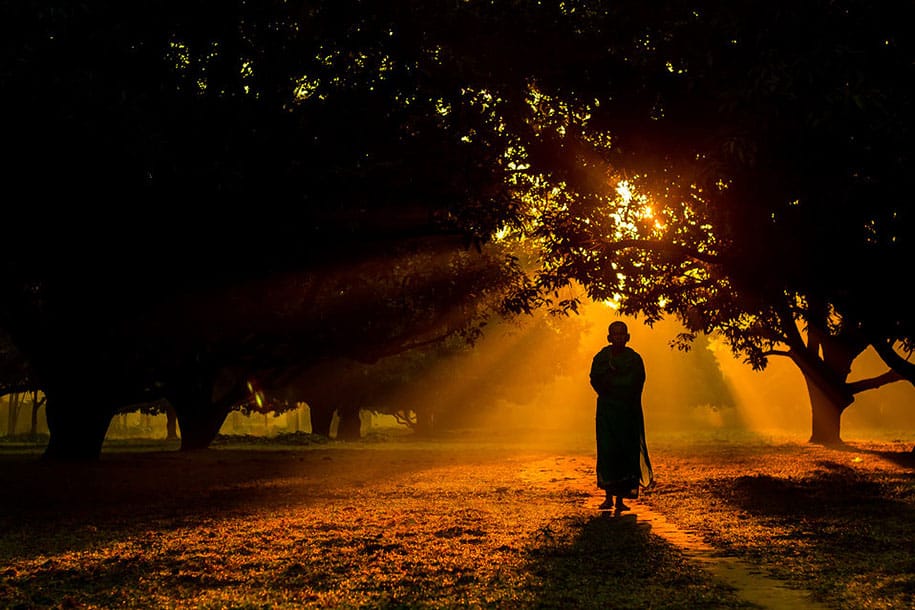 â€œA Hindu monk is walking in a foggy winter morning of a mango garden of Dinajpur.â€ Photo by Jubair Bin Iqbal, Bangladesh. 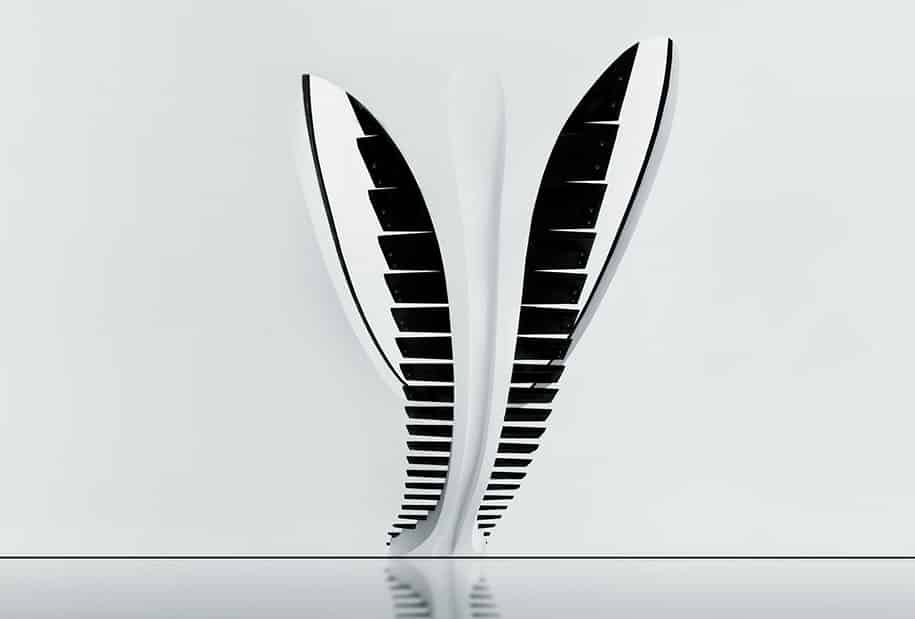 â€œA staircase in Berlin, reduced to the essential.â€ Photo by Ralf Wendrich, Germany. 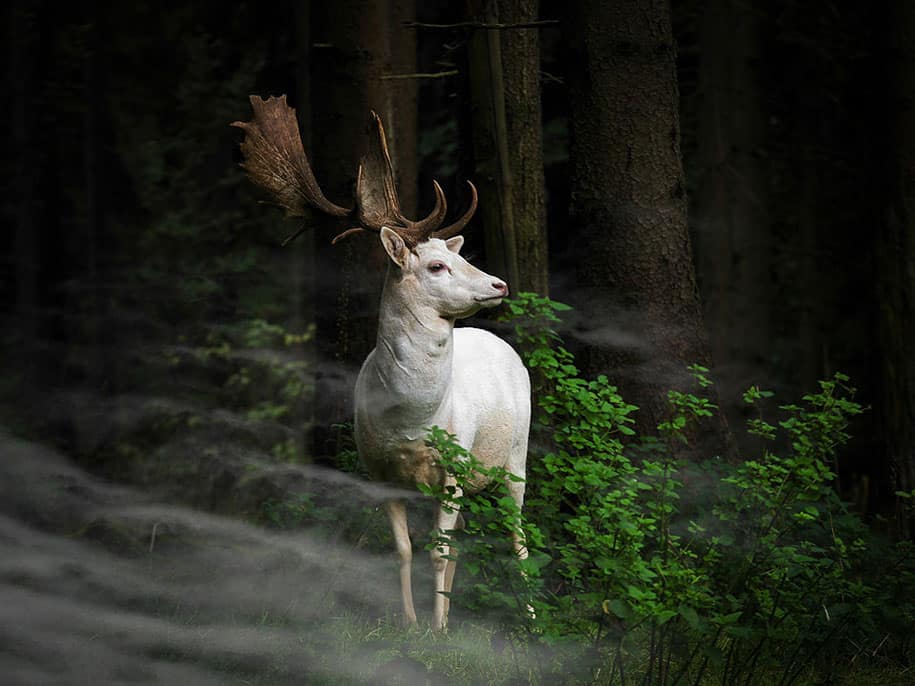 â€œA white fallow deer standing in the morning mist an early morning in Eifel National Park, Germany. One hardly dares to move â€“ can only look fascinated.â€ Photo by Georg May, Germany. 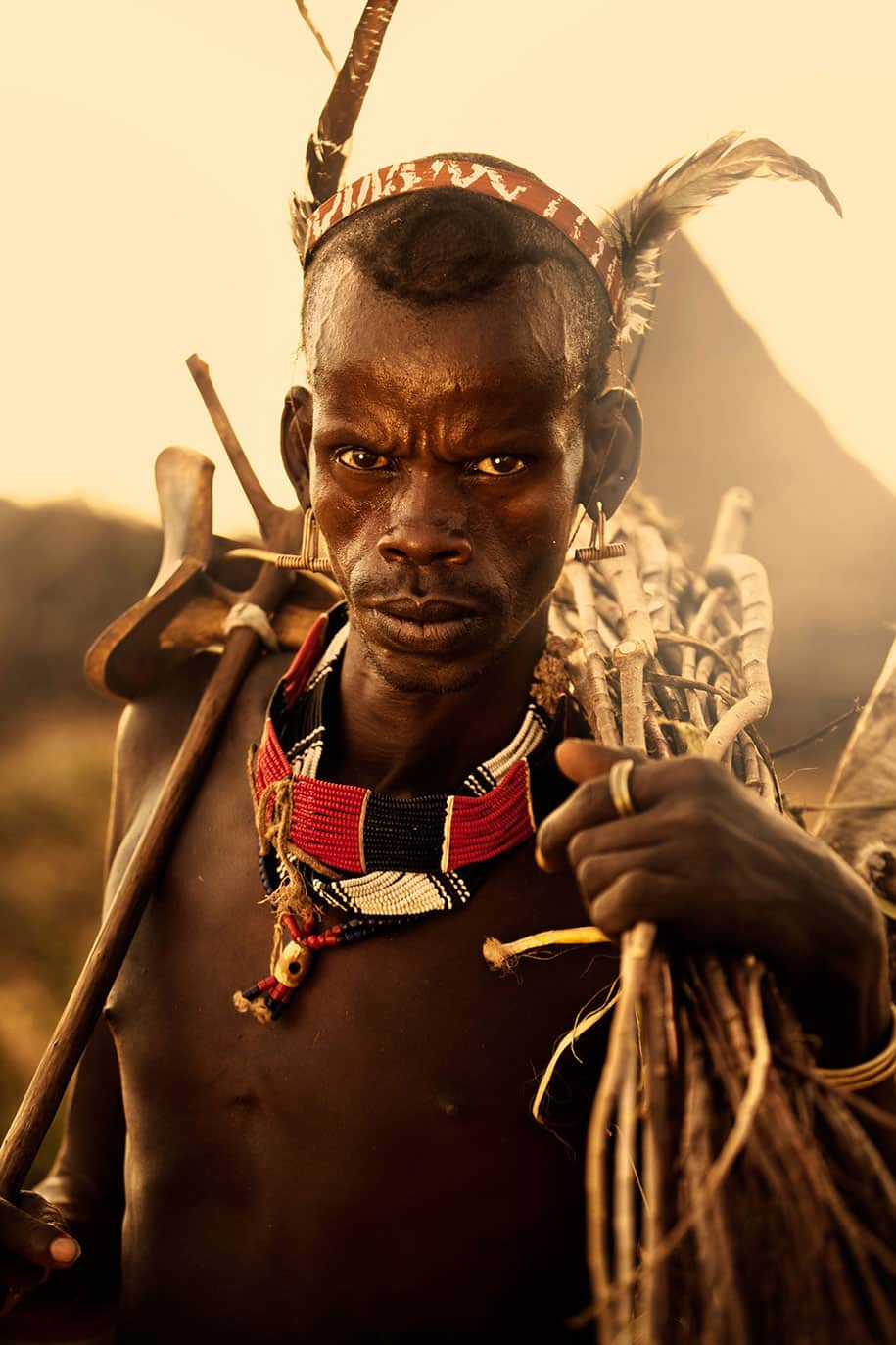 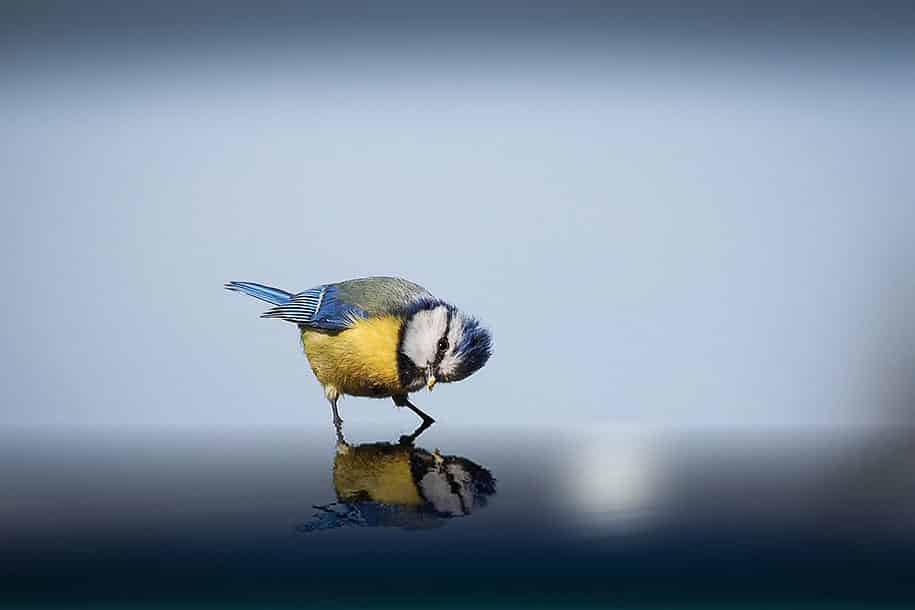 â€œBlue Tit Looking at itâ€™s Reflection in Some Water.â€ Photo by Georg May, Germany.

Times Are Hard For Dreamers 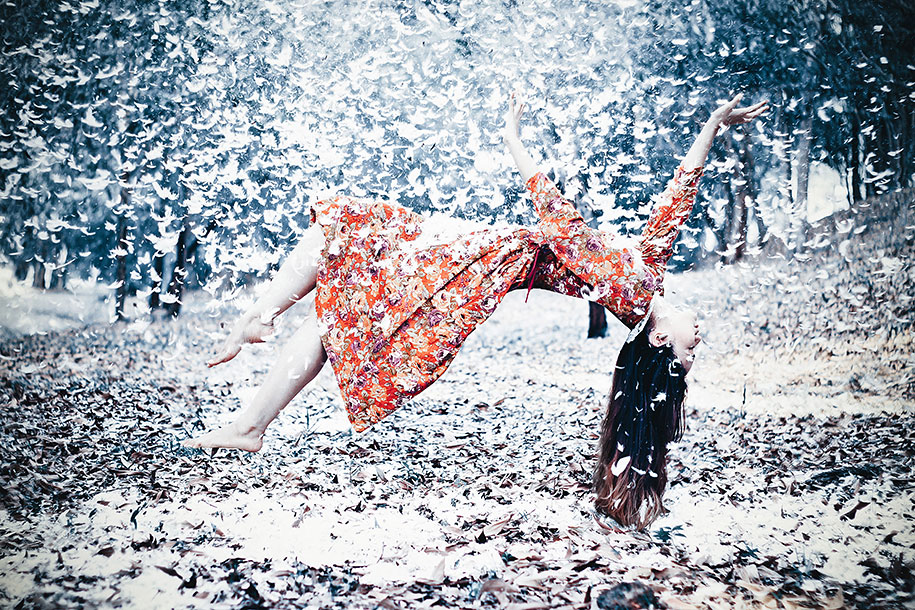 The Trace of An Ancient Glacier 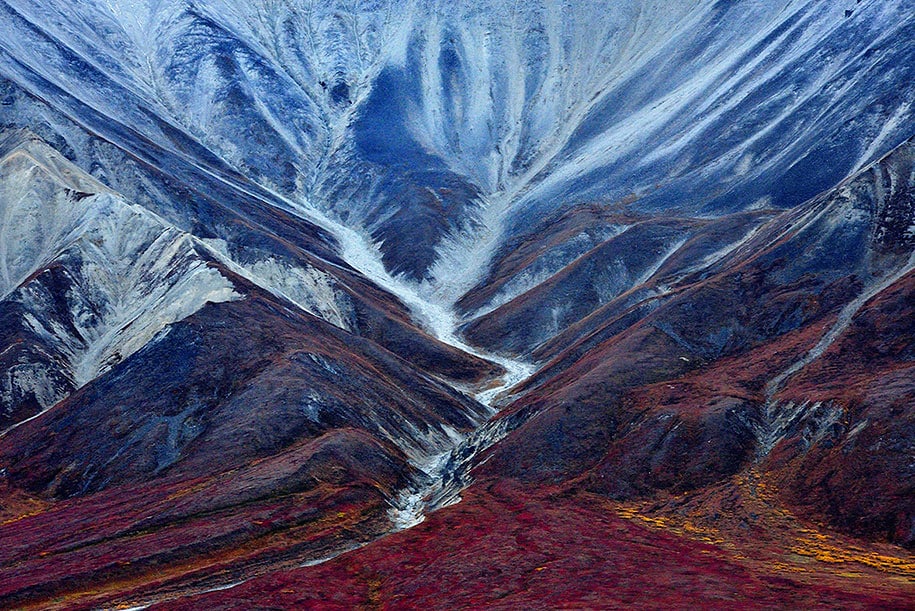 â€œDenali is six million acres of wild land, bisected by one ribbon of road. Travelers along it see the relatively low-elevation taiga forest give way to high alpine tundra and snowy mountains, culminating in North Americaâ€™s tallest peak, 20,320â€² Mount McKinley. What used to be glaciers are now white and blue rocks that contrasts with red, yellow, orange and green tundra of this vast natural paradise. The image is taken in Autumn when the colours multiply and make the landscape truly remarkable.â€ Photo by Miquel Ãngel ArtÃºs Illana, Spain. 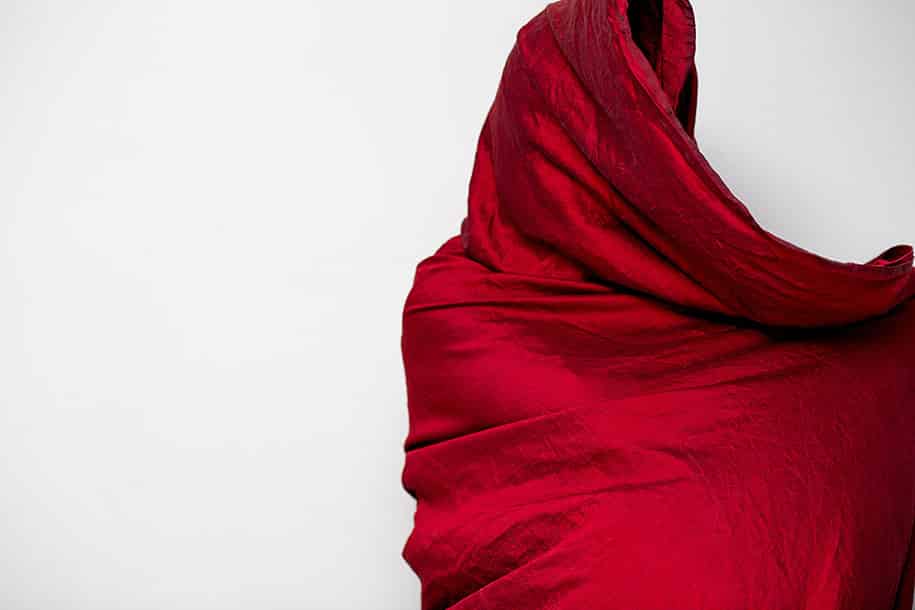 â€œSo much of a portrait relies on the face in a photo. But when it is covered, we can see a whole different side of a person through their movement, their posture and even what we think the expression on their face will be when it is finally uncovered.â€ Photo by Courtney Colantonio-Ray, USA.