Meet Lilâ€™ Bunny Sue Roux, or Roux, for short – an adorable two-legged cat named, Roux, was adopted byÂ Jackie Deak Akey. Roux has her own Instagram account with an amazingÂ 54.8k followers who love her inspirational and playful photos and videos.

Roux doesn’t let her disability hold her back, this one-year-old kitten loves to hop around and play just like any other cat. Jackie answered some questions about her adorable cat Roux…

How did you first meet Roux?

I work at a wonderful vet clinic in uptown New Orleans, and one of our clients runs an animal rescue. In October of 2014, this client was contacted by a shelter outside of New Orleans that a two-legged cat had been surrendered, and the shelter was wondering if she could be interested in rescuing her. Unable to rescue the cat herself, she emailed my clinic a photo. When I saw her it was absolutely love at first sight. Roux was brought to the clinic the next day and I took her home that night.

Why was Roux surrendered?

I had heard that the reason she was surrendered to the shelter was because she didnâ€™t bury her poop in the litter box. This breaks my heart because she certainly tries as best she can with her nubs every time. They just are unfortunately not long enough to reach the litter. Also, in addition to her lack of front legs, she has a cute little bobtail that is most likely a congenital abnormality as well.

Roux was born with two legs 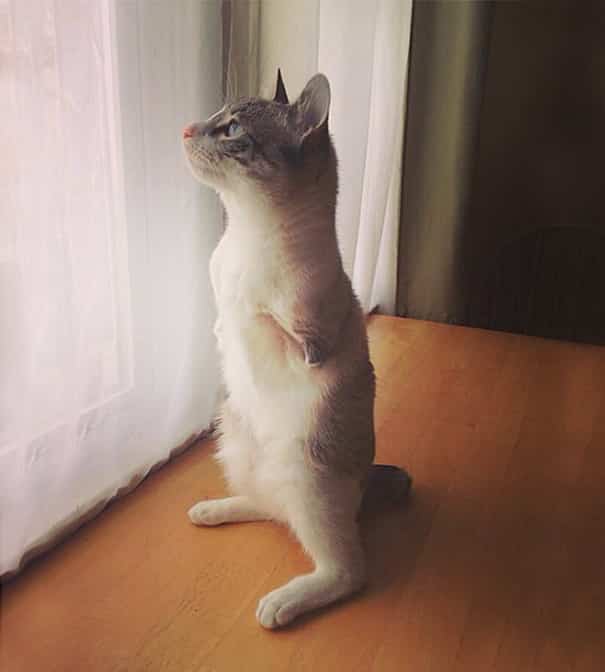 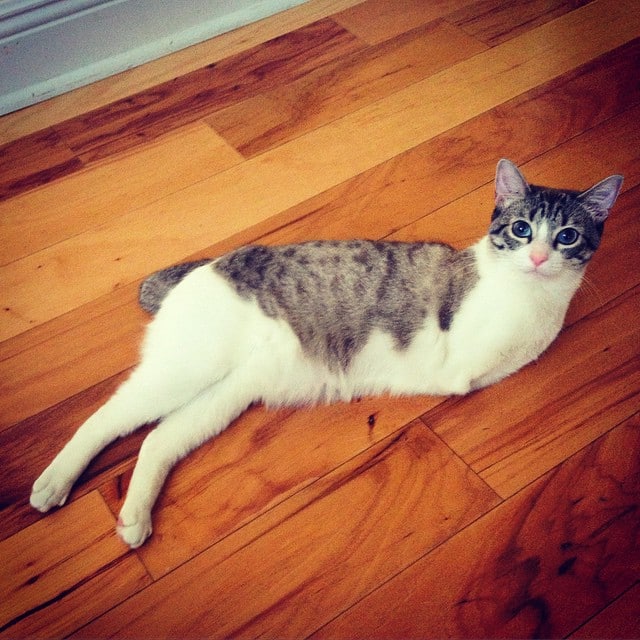 Luckily, vet clinic worker Jackie Deak Akey adopted her as soon as she saw her 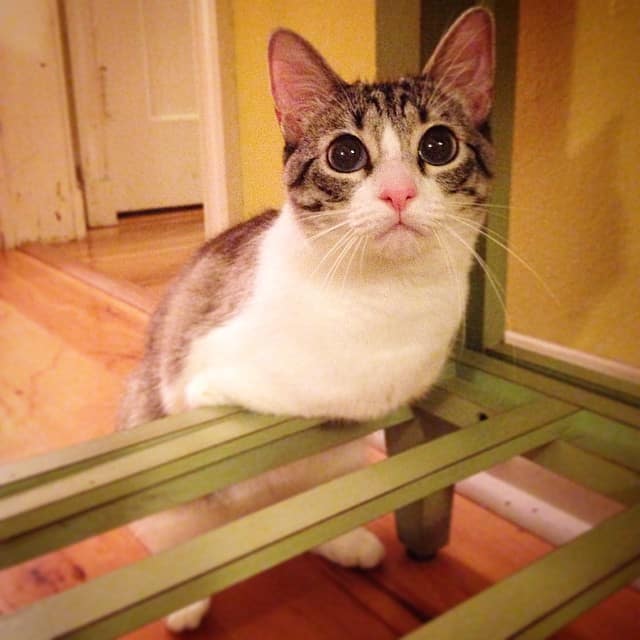 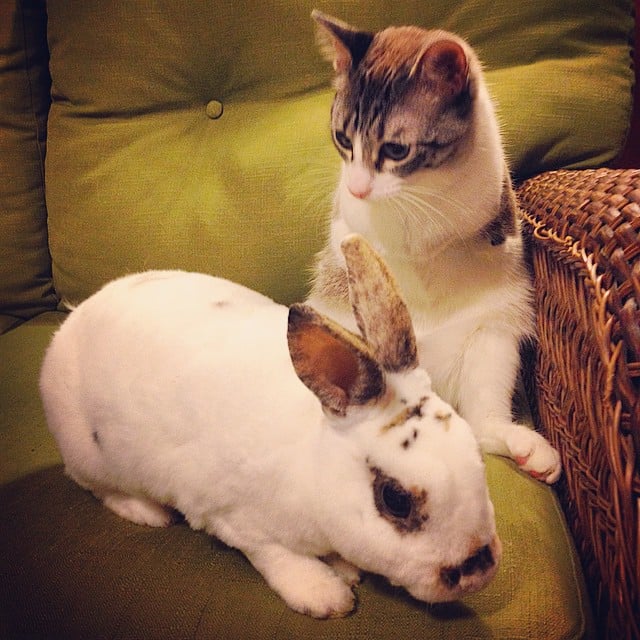 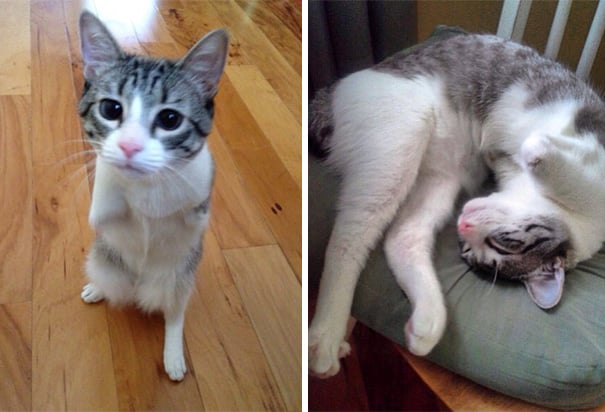 Â Her legs get a big workout every day 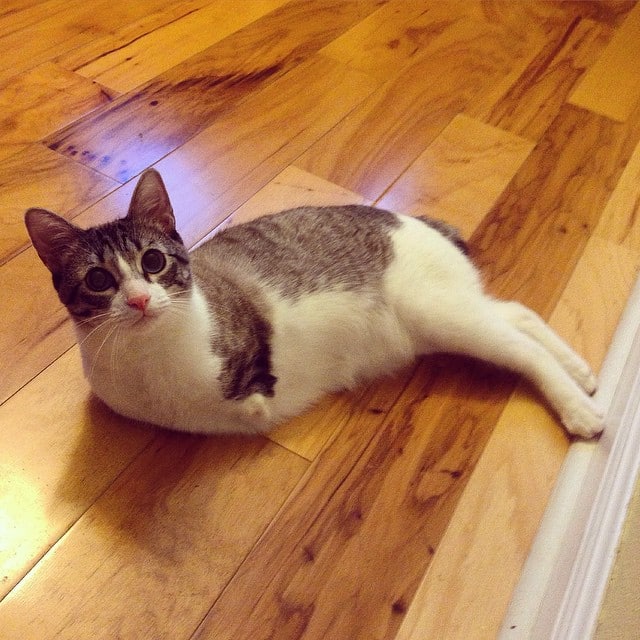 She can run surprisingly fast and even jump on the sofa! 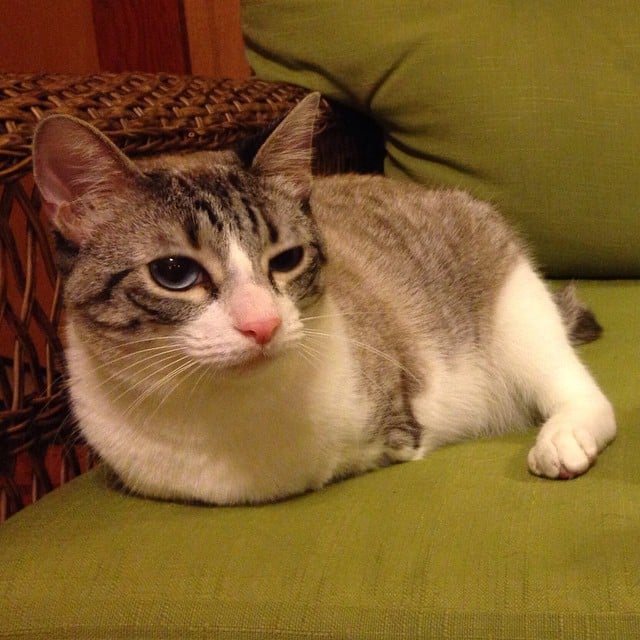 For now, though, thereâ€™s nothing to worry about! 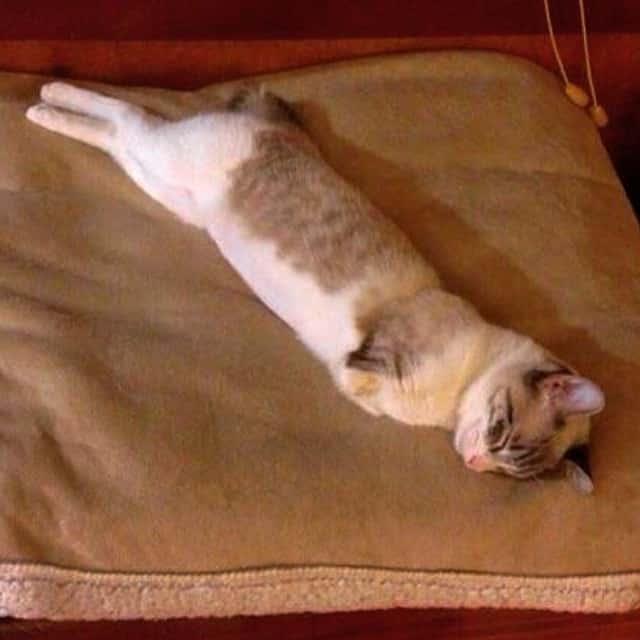