Remember These 20 TGIF Stars? Here’s What They Look Like Today 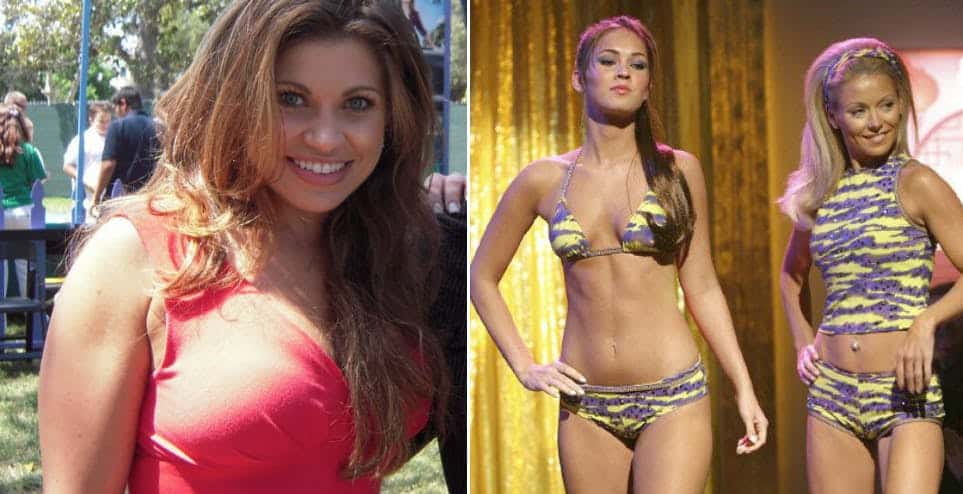 From 1989-2000 the American Broadcasting Company, ABC, had a ton of hit sitcoms which they aired in a block, giving viewers hours of Friday night family-fun. The continuous “block” of television programs was referred to as TGIF, gaining its title from the saying “Thank God It’s Friday”. For those who religiously watched the sitcoms remember the innocent times in which these characters thrived, and are probably wondering what their favorite actors/actresses are up to today. Some of them you might recognize, while other’s look like completely different people… 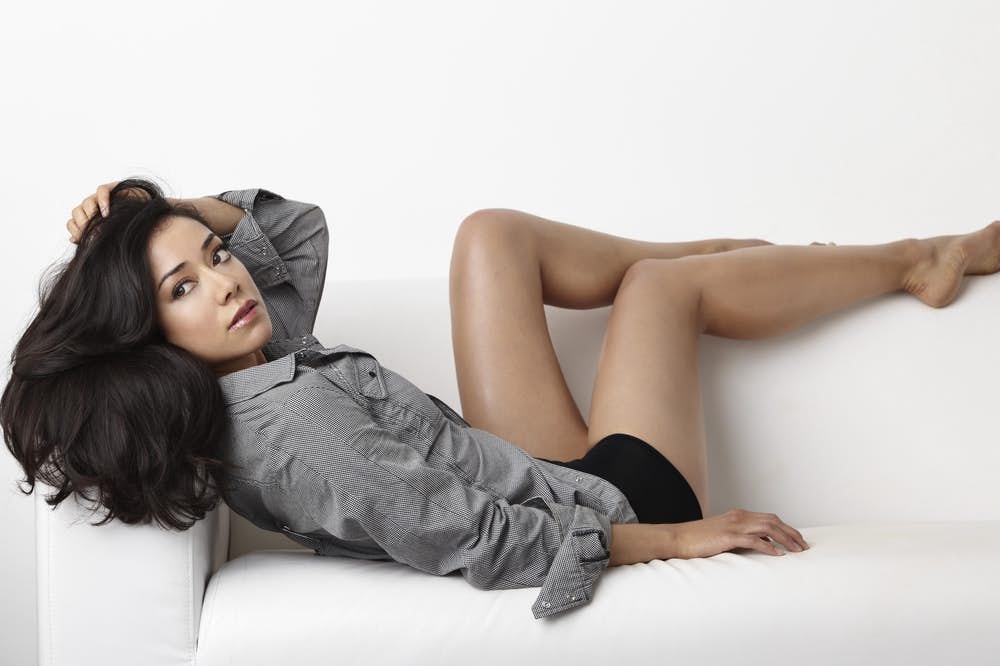 If you were a fan of the George Lopez Show, then you definitely remember Aimee Garcia. She was on the show from 2006-2007, but she made a name for herself with her role as Veronica Palmero, the leading lady. She went on to play in All About the Andersons, Trauma, Dexter, and most recently, Lucifer. Chances are we will see much more of her and we’re not complaining. 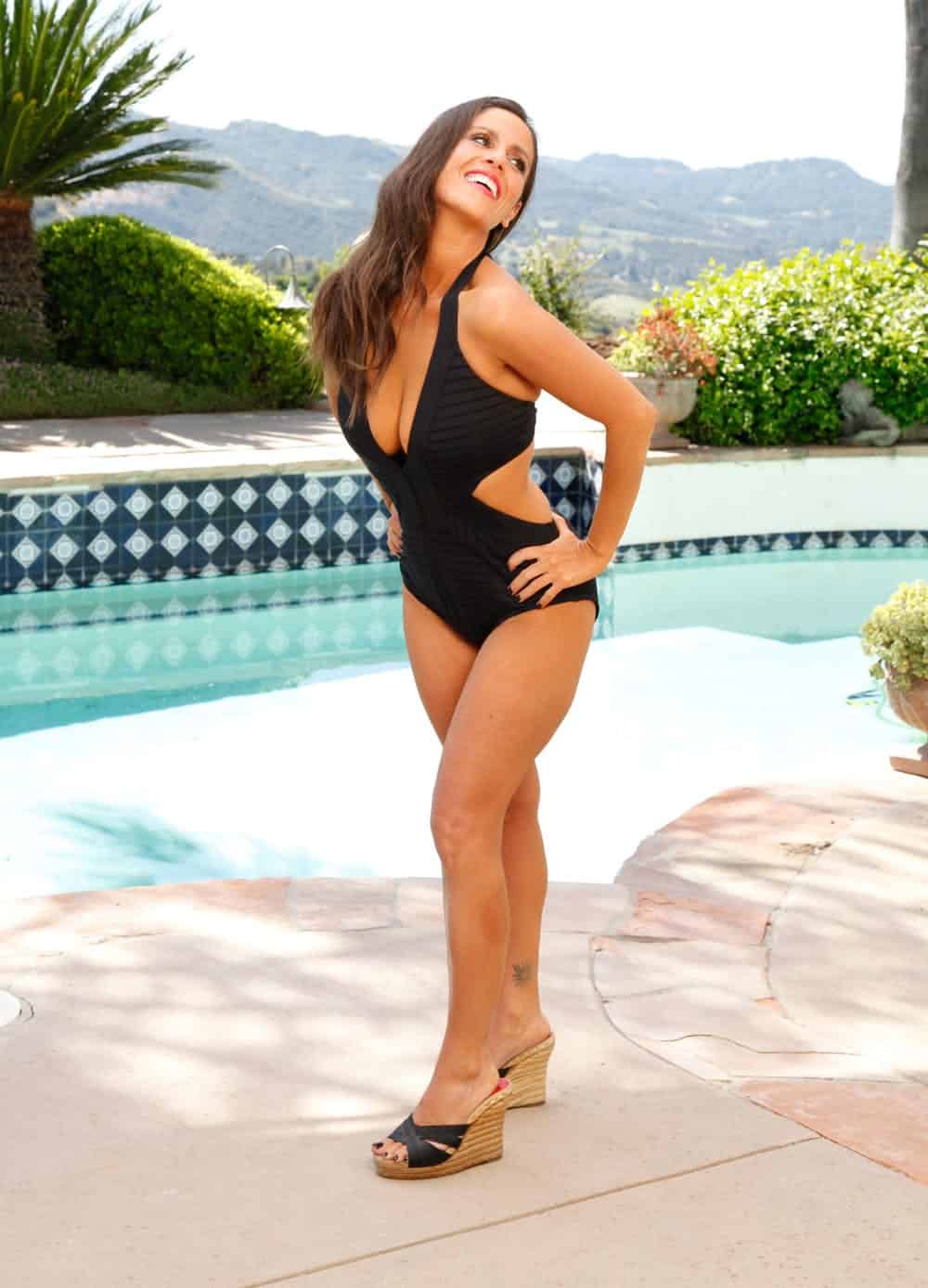 Sabrina The Teenage Witch was one of the most popular shows that played during the block, which is why Soliel Moon Fry gets a spot on this list! She played Roxie King on the show which made her a hit sensation, however, it wasn’t her first successful role. As a child actress Soliel starred in the hit show, Punky Brewster. 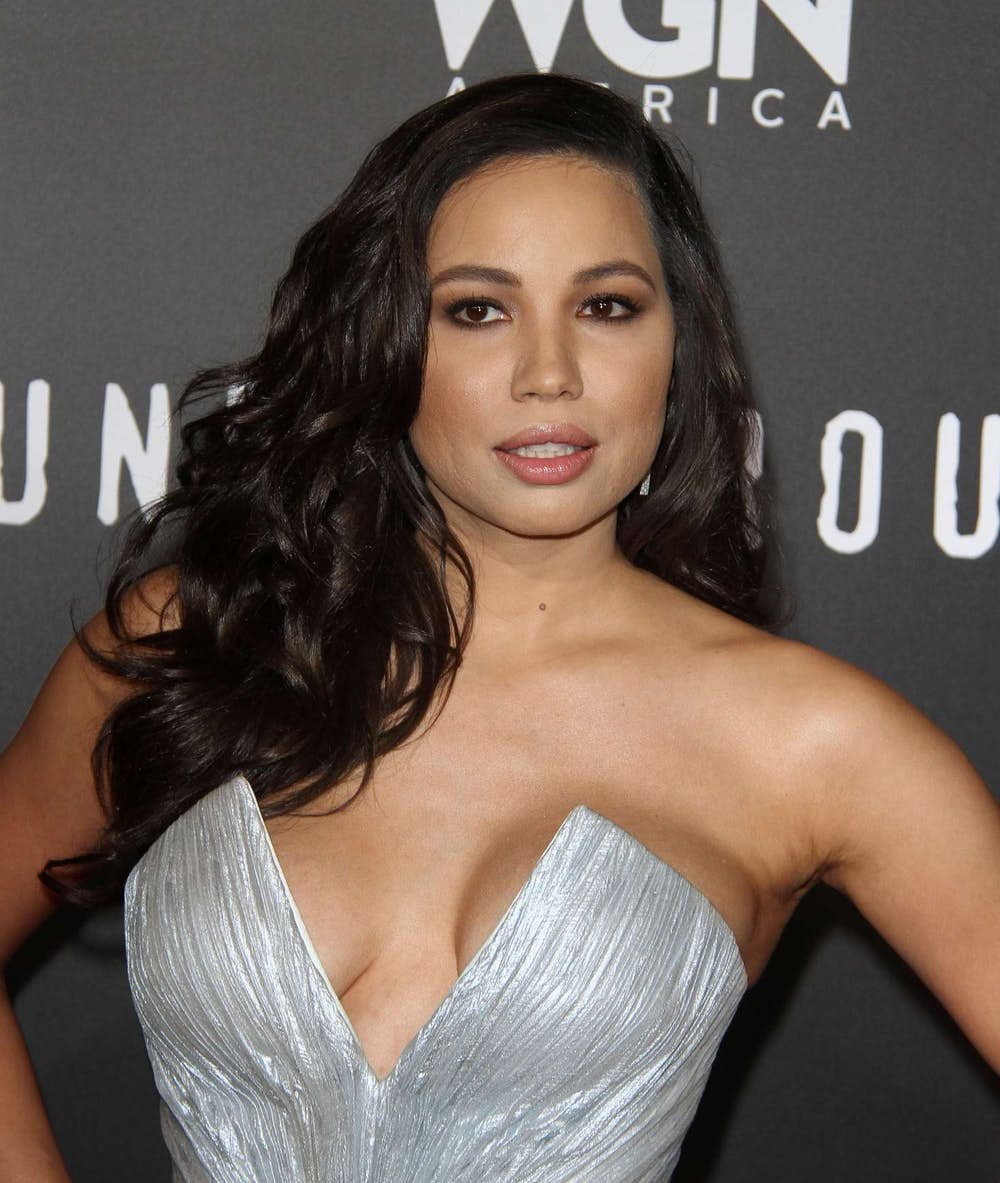 Jurnee Smollett-Bell, although not as well known as others on this list, definitely had her time during TGIF. She starred in her own sitcom named On Our Own where she acted along with her five real-life siblings. The show only lasted a season, but her career didn’t end there. As an adult, she has acted in a few movies and TV series, most notably Friday Night Lights until 2011. 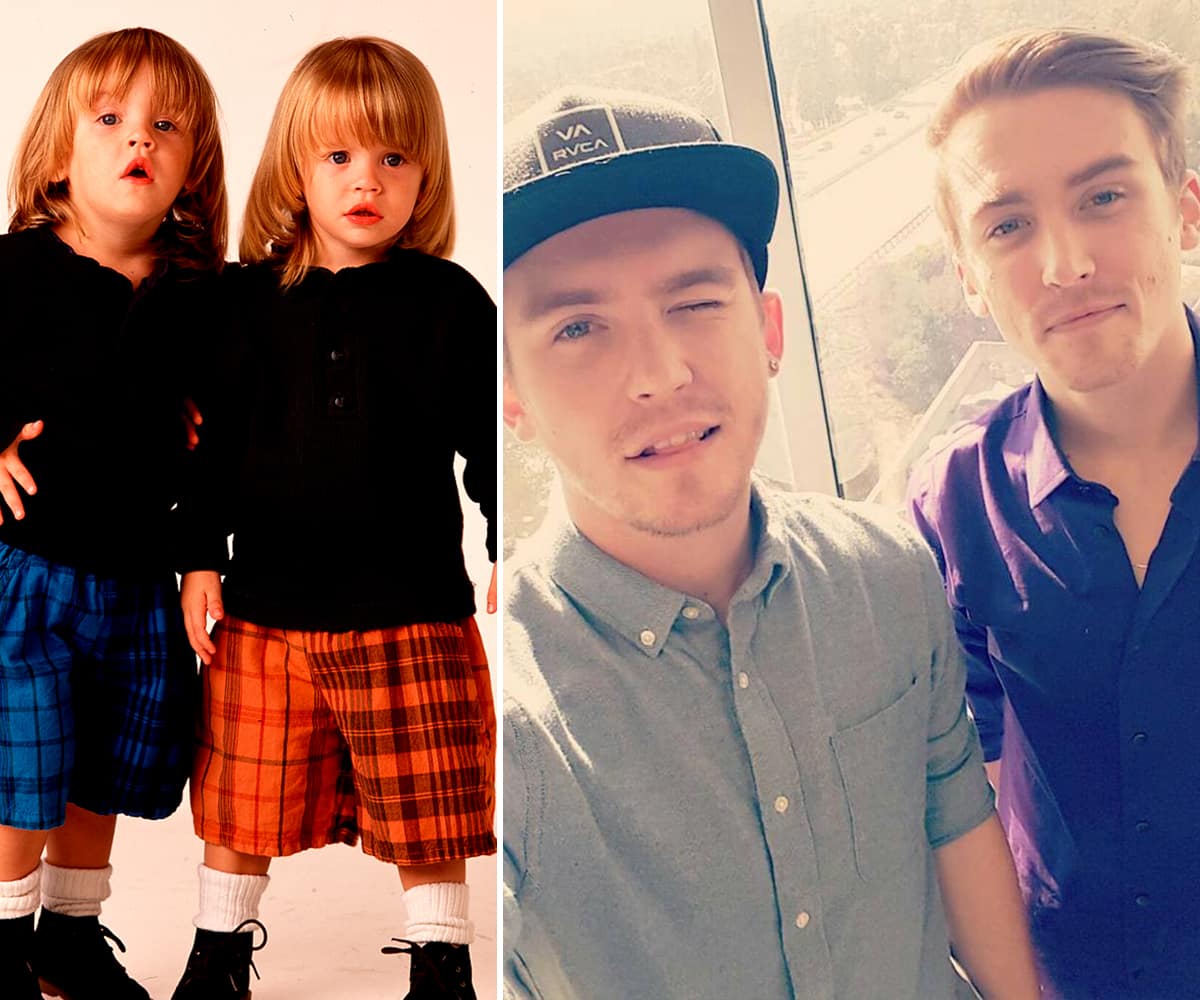 Everyone who watched Full House remembers Jesse’s and Rebecca’s twin boys, Alex and Nicky. The hit sitcom took place in San Fransico, California where Blake and Dylan Tuomy-Wilhoit played the adorable twin boys who stole everyone’s hearts on a weekly basis. The twins are now all grown up and have recently returned to the series reboot, called Fuller House, where they’re stealing hearts for different reasons. 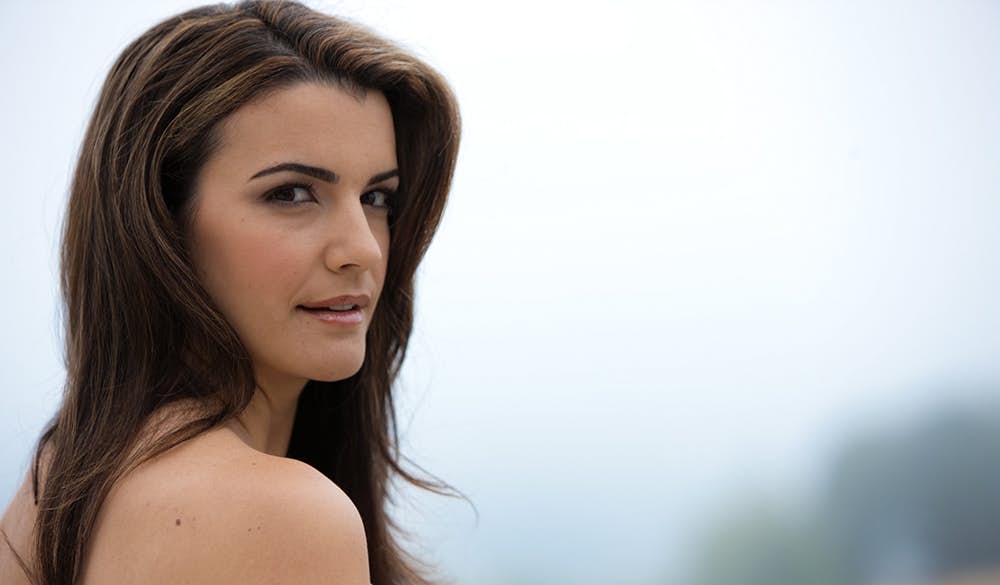 Natalia Cigliuti is mostly known for her role in the hit show Saved By The Bell: The New Class. She got her start on the ABC sitcom but didn’t stop there. She went on to play in G.I. Joe: Renegades and All My Children. Although the Uruguayan/American actress isn’t the most well-known, she is definitely one of the most gorgeous. 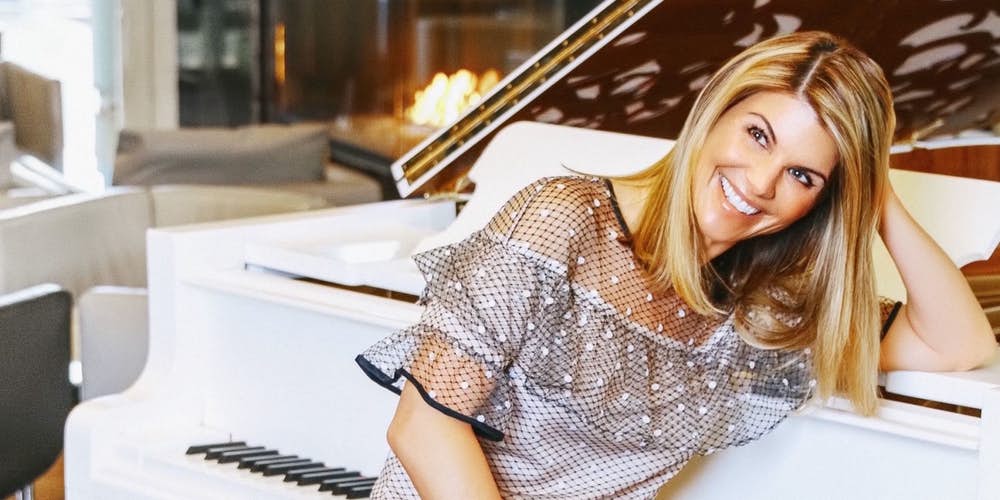 Another star from Full House, Lori Loughlin is one of those faces you just don’t forget. The actress has aged like a goddess, looking almost the same as she did in 1995. Loughlin played Rebecca Donaldson-Katsopolis and has a recurring role on the revamp, Fuller House. She also cast in 90210 from 2008-2011. The 53-year-old is looking better than ever. 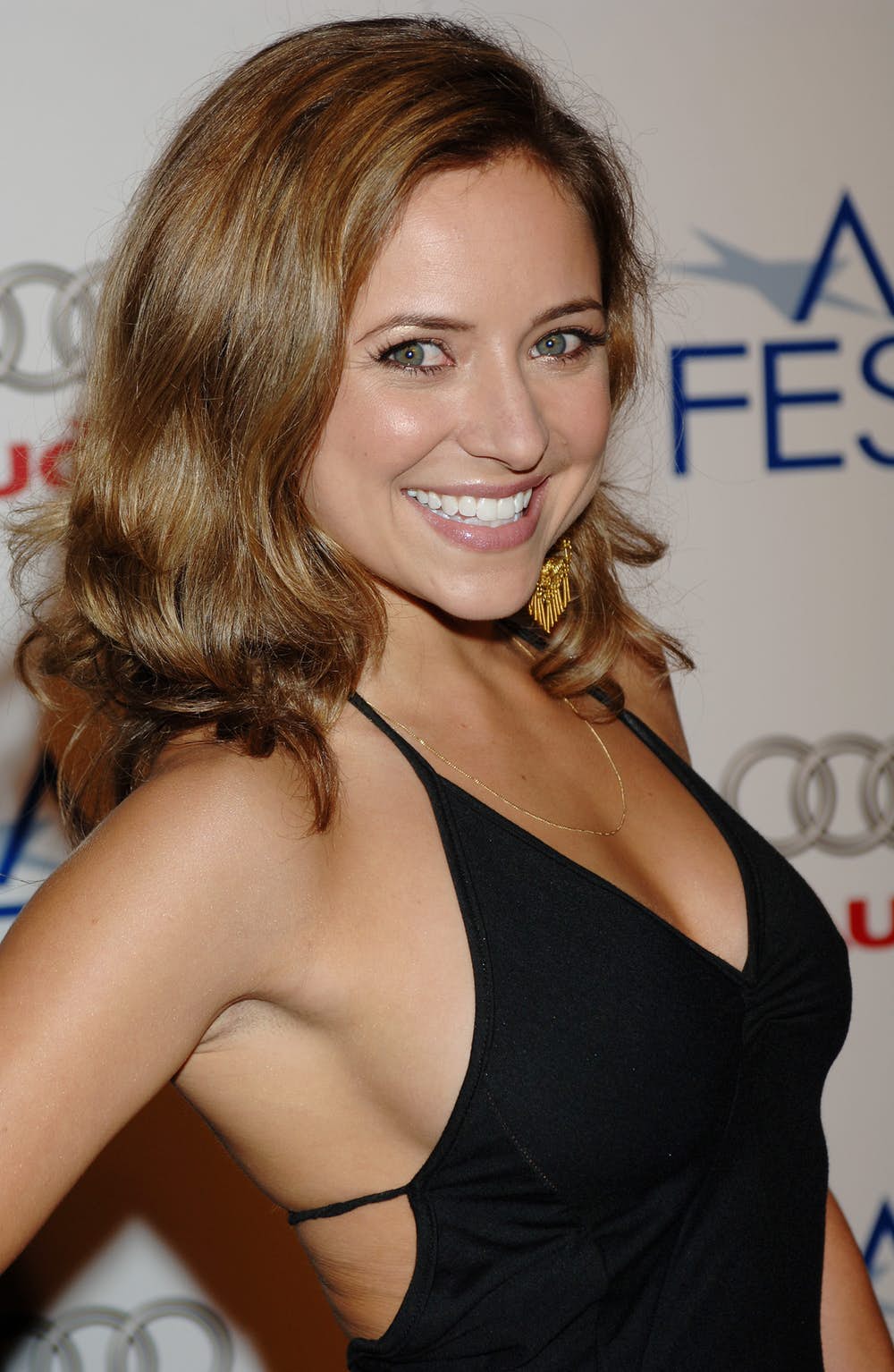 Christine Lakin was widely popular in the 90’s as she had a reoccurring role on the hit show Step By Step. She played Alicia “Al” Lambert, a young tomboy. What’s interesting, is as she grew up and became more feminine, the role changed with her. Now, she is best known for her voice of Joyce Kinney on the hilariously obnoxious show, Family Guy. 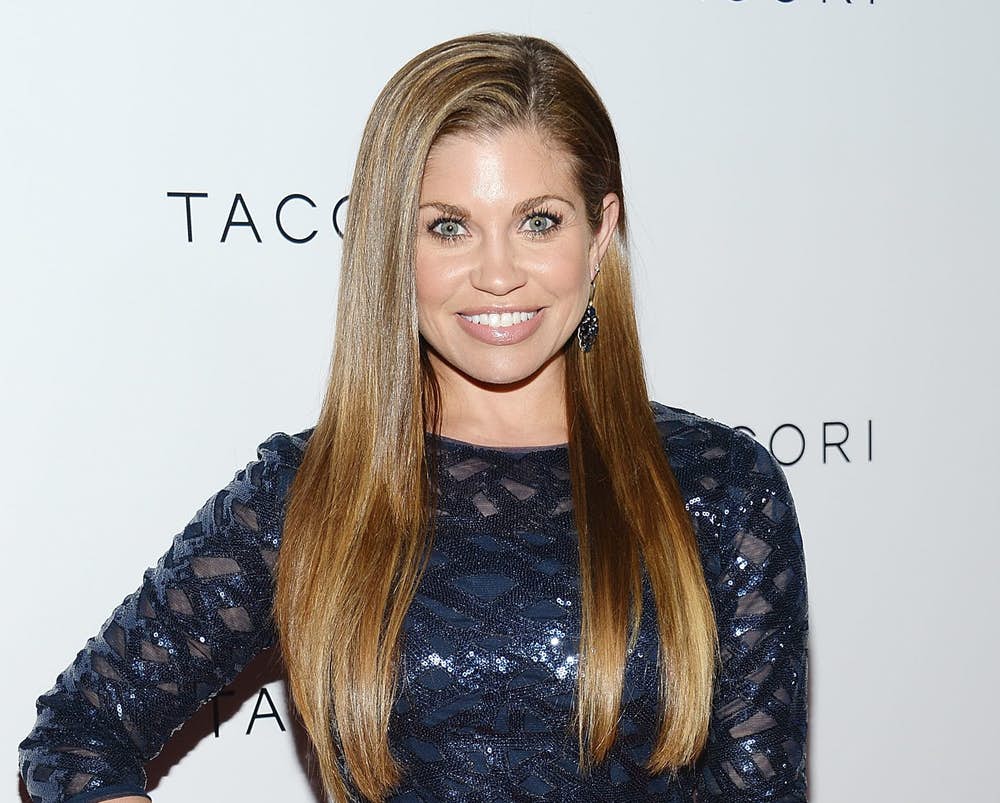 Boy Meets World was one of my favorite shows on during the TGIF block schedule. Danielle Fishel played Topanga and was the love interest of Cory Matthews, making up one half of the cutest couple on air at the time. After the show ended, she went on to star in the spin-off, Girl Meets World on the Disney channel. Now, she is the host of Style Network’s, The Dish. 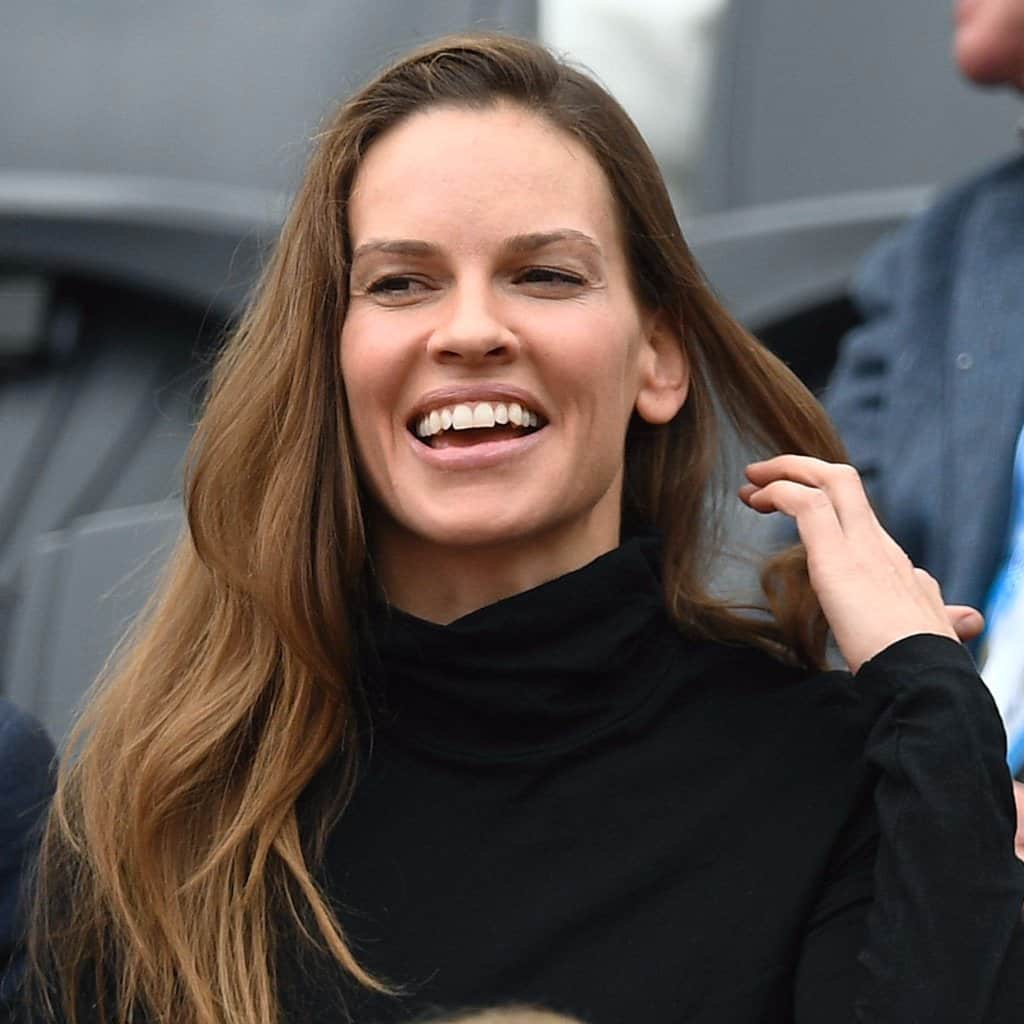 Hilary Swank is probably the most note-worthy and well-known actress on this list, as she went on to have an amazingly successful career. During the TGIF times, she played in Camp Wilder. Although her performance in this short-lived series wasn’t her most critically acclaimed, it still got her a spot on this list. 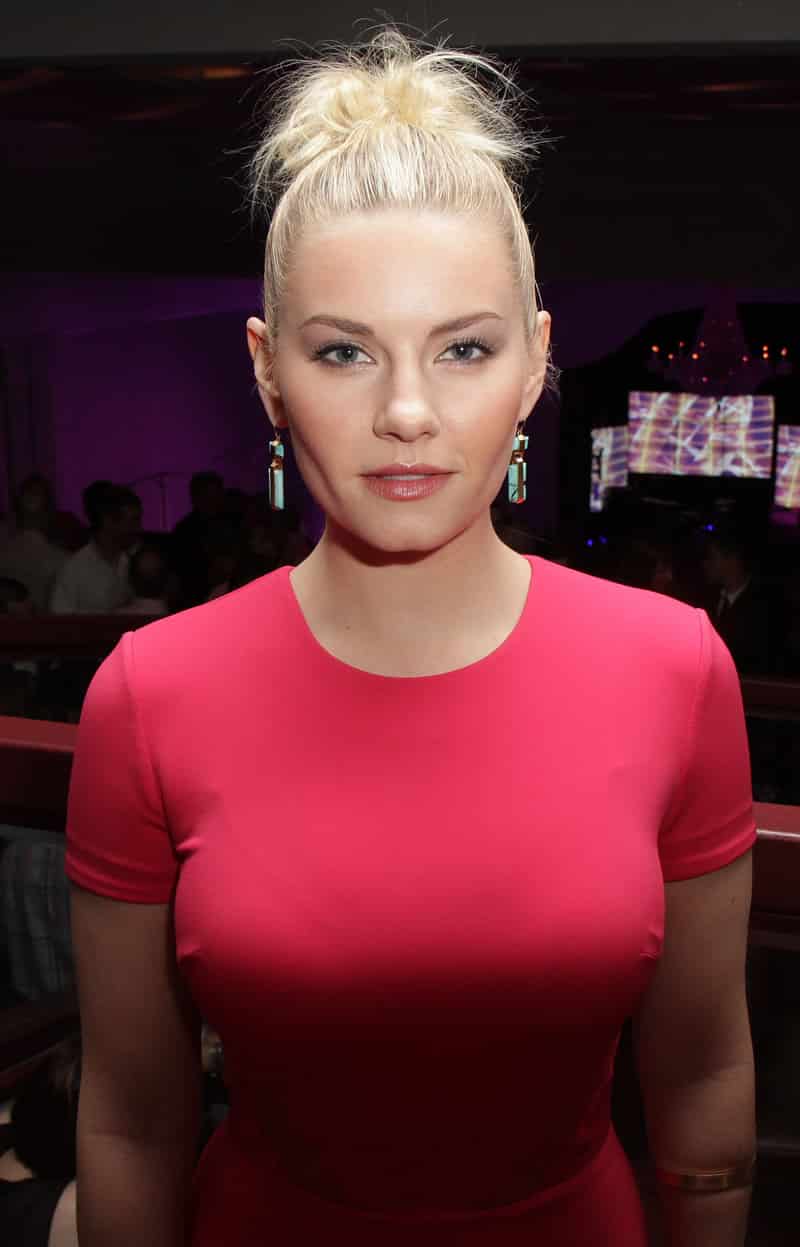 Elisha Cuthbert, like Swank, is more known for her later performances than her earlier ones. However, she did play in the sitcom Happy Endings, earning her a spot on this list. She is a Candian actress and model who started her career at the tender age of 9. Recently, you can see her on the Netflix show, The Ranch. 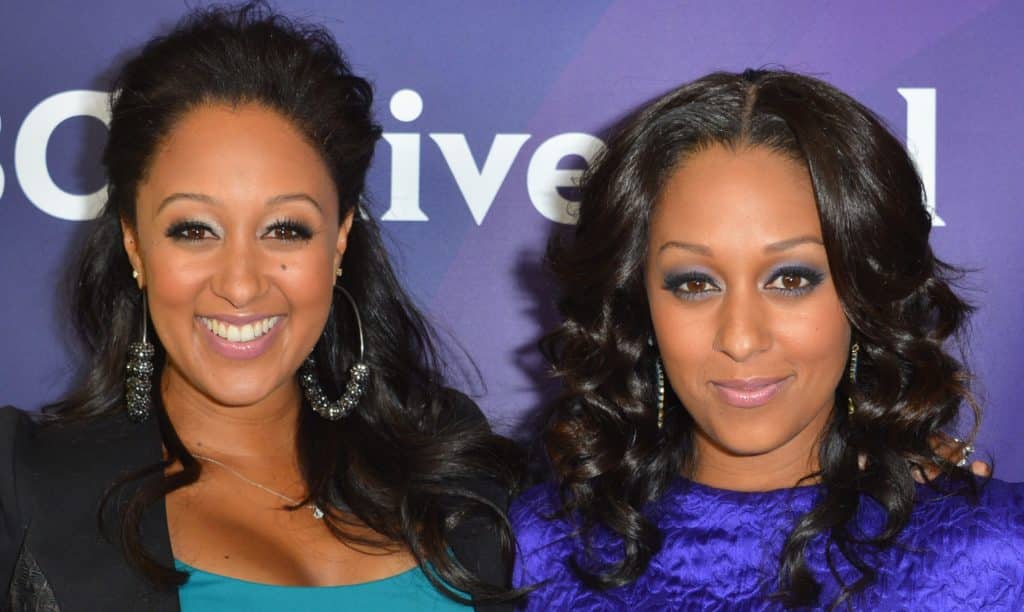 Tia and Tamera Mowry are twins that had great success on their hit show, Sister, Sister. The show’s concept was that the twins were separated at birth and reunited by accident when seeing each other at the mall. The show lasted from 1994-1999 and the twins are still known for their roles. After the show’s end, the twins went on to have semi-well-known careers, focussing on modeling and reality TV and talk show appearances. One thing is for sure, they seem to get better with age. 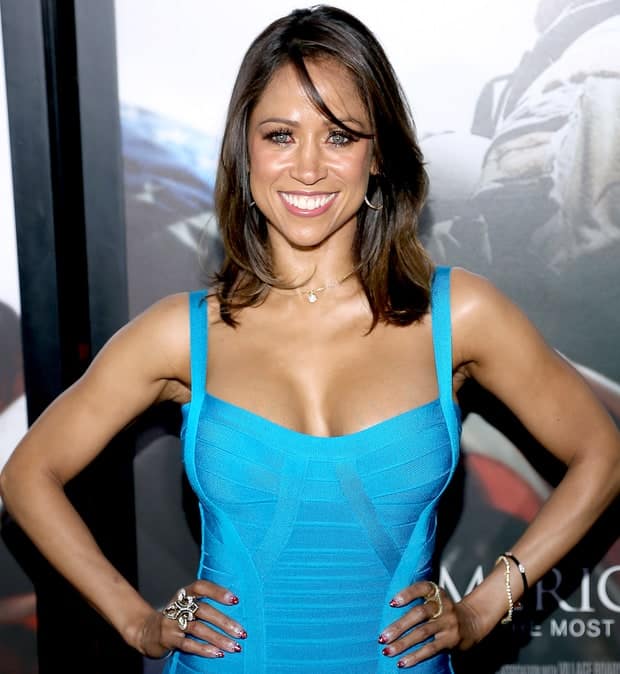 The TV sitcom Clueless got its debut after the hit movie by the same name quickly became every teen girls favorite movie in 1995. The series went on for three years, and Stacey Dash played Deon “Dee” Davenport, one of the main characters. Her political beliefs following the 2016 elections have been extremely controversial, bringing her career to halt. However, no one can argue she looks as if aging doesn’t apply to her. 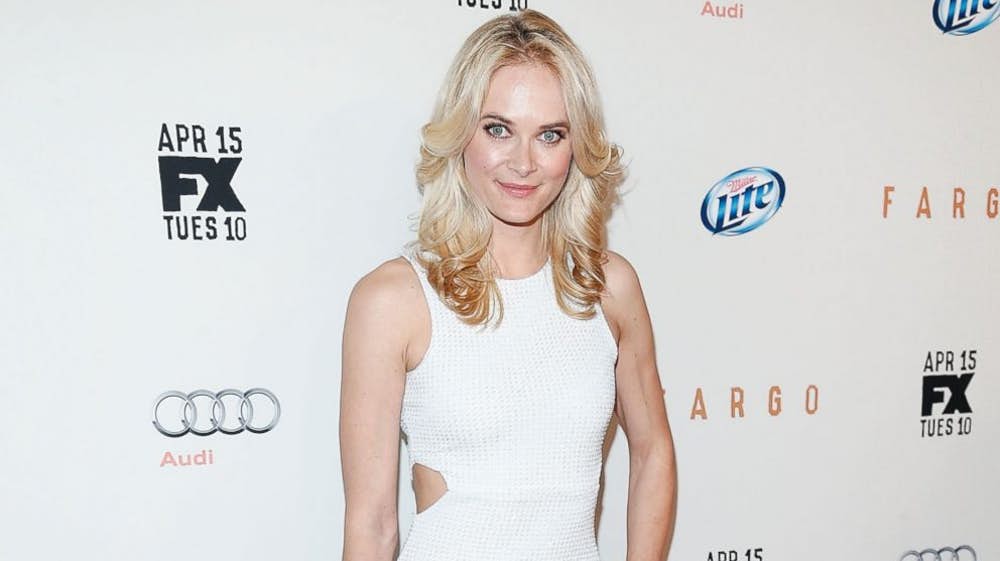 When the series Clueless was rebooted following the movie, Alicia Silverstone, who played Cher, didn’t want to be apart of it, so Rachel took over the role. To study for the role, the Canadian actress spent time at LA high schools, where she learned the culture of her on-screen personality. She also made a reoccurring appearance on the show 7th Heaven. 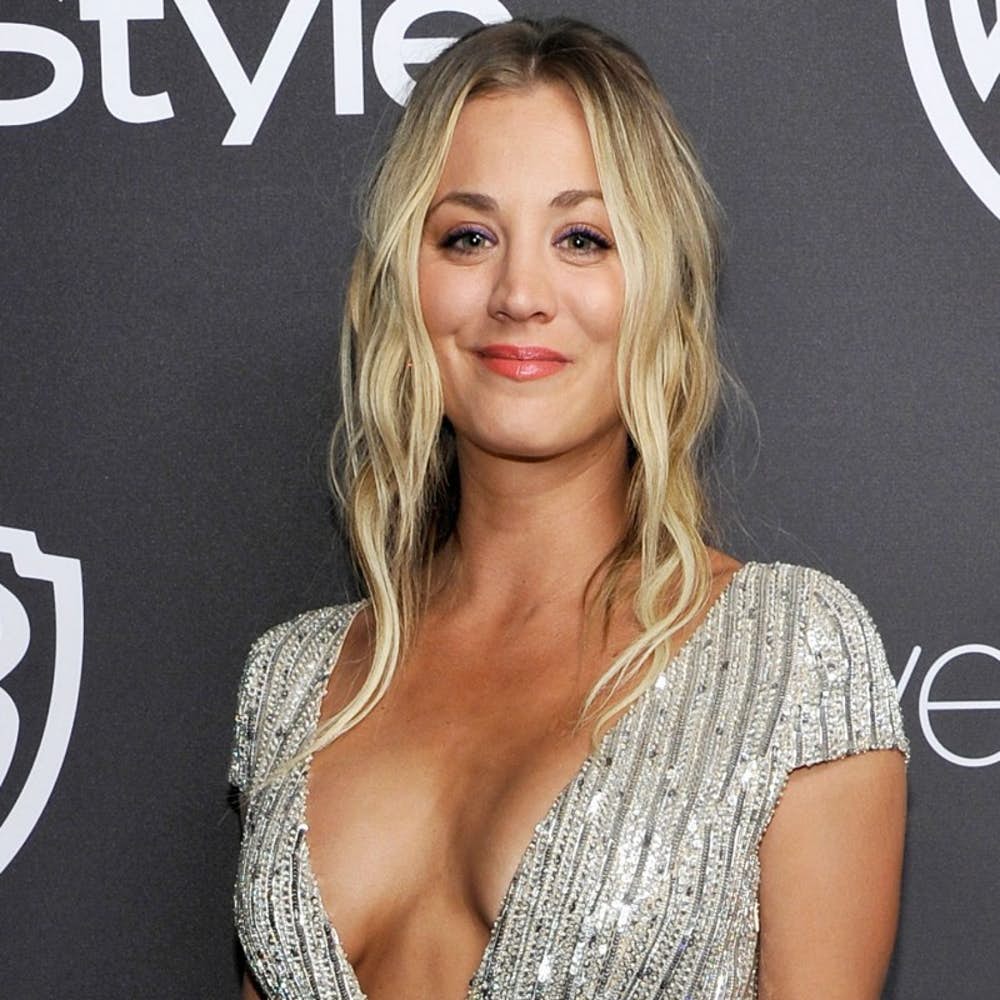 Kaley Cuoco acted throughout the early 90’s and landed her breakthrough role as Bridget Hennessy on the ABC sitcom 8 Simple Rules. These days, she is well-known for her part in the hit show, The Big Bang Theory. It’s estimated that she earns a who[pping $1 million per episode. 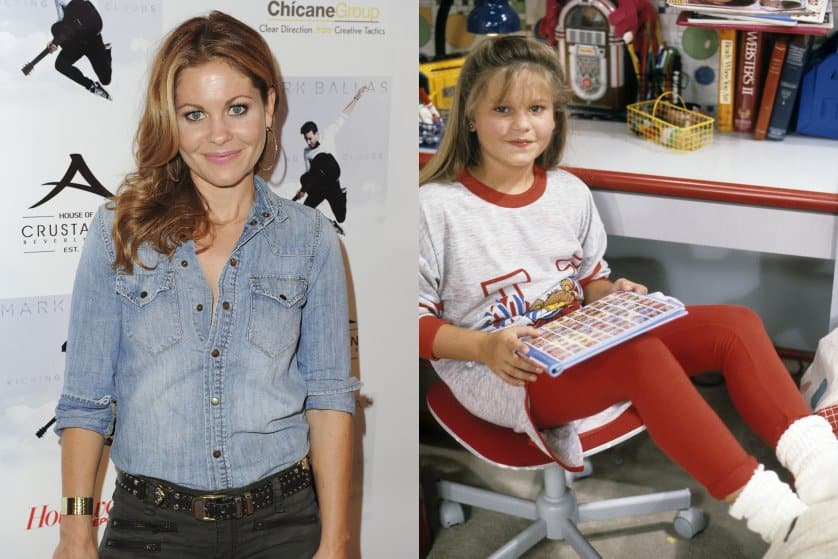 Candice Cameron definitely made a huge splash in her role in the obviously widely popular series, Full House. She too plays on the re-vamp Fuller House as well as participating in the show Dancing With The Stars, where she placed 3rd. She still looks like herself, just all grown up. 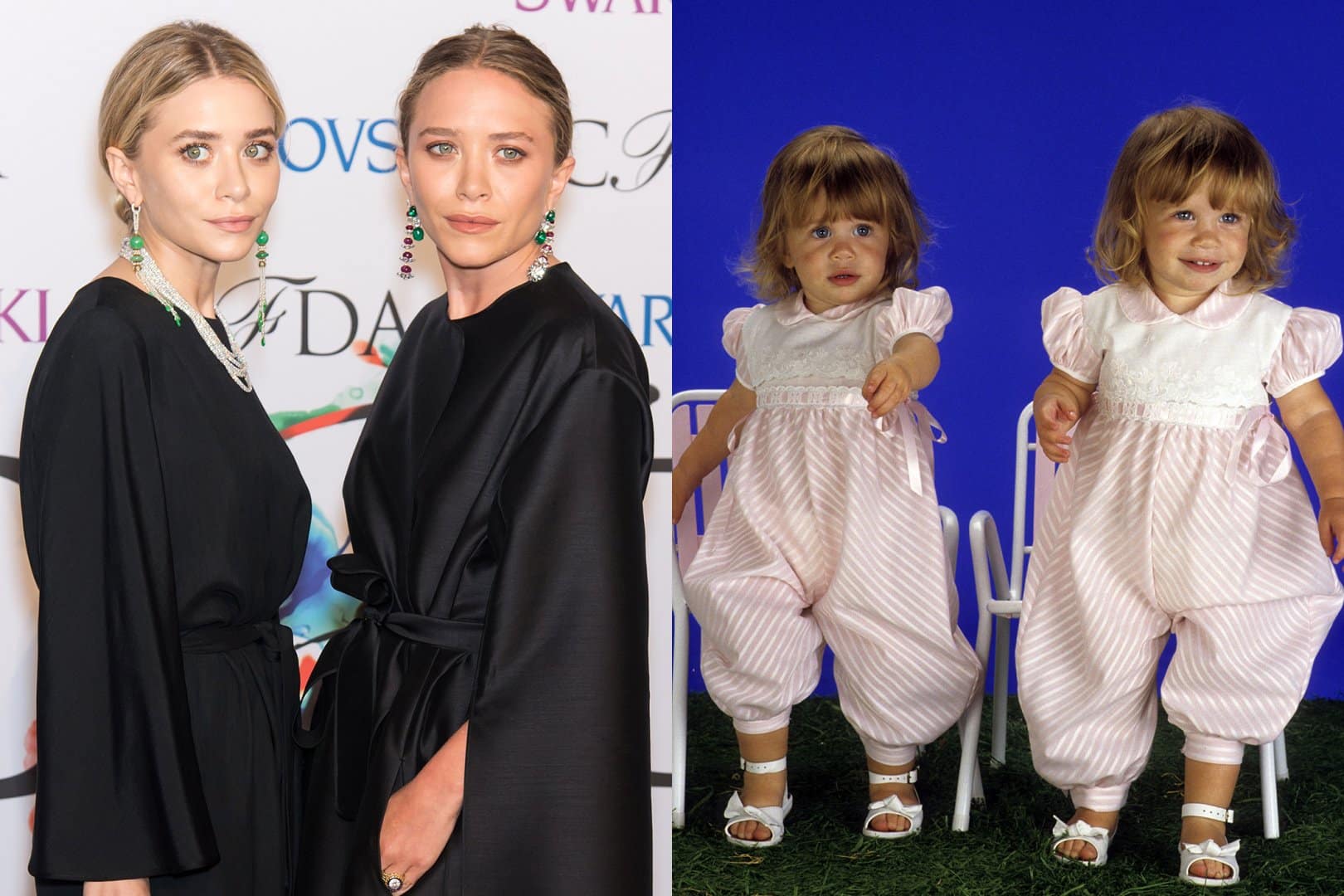 Another set of twins from the famous show Full House, Mary-Kate and Ashely Olsen are inarguably the most successful. They continued to act in many movies, creating an empire in both film and fashion. Their combined net worth is an estimated $400 million. 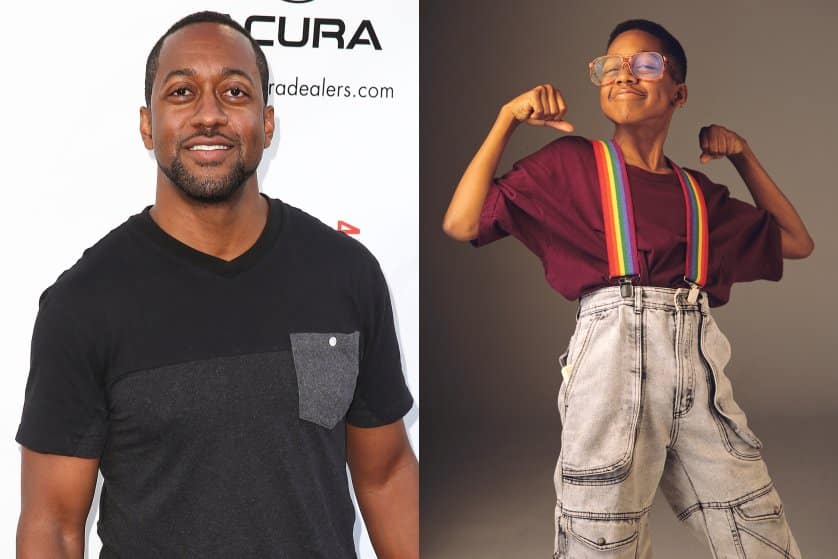 Jaleel White, or more popularly known as Urkel, was casted in the hit show Family Matters in 1989 which set off his career. His character was so popular, that they made him a permanent character instead of a single appearance as it was indented to be. Since then, he has been apart of many animated movies as a voice overs and has now been producing and writing. 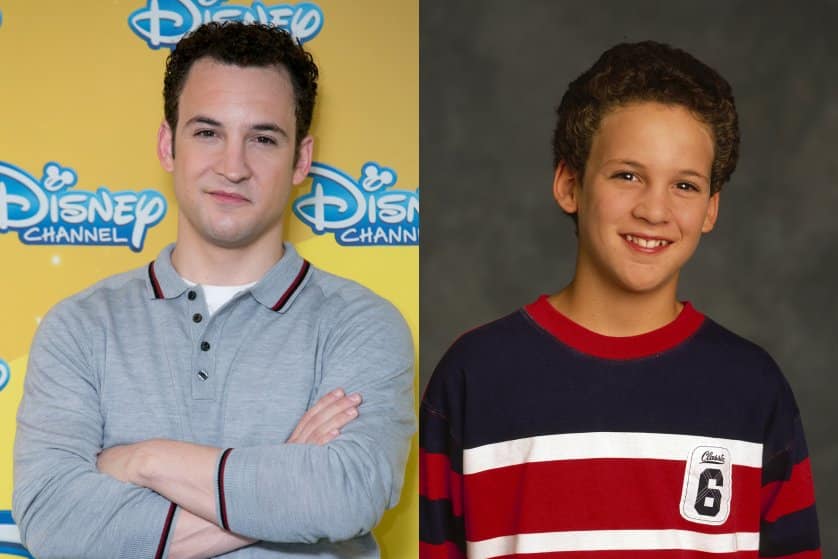 Ben Savage played Cory, on ABC’s Boy Meets World. He was the other half of that heartwarming couple we were speaking about earlier, captivating audiences with his sweet innocence. After the hit series ended he went on to play a few TV roles as well as attending graduating from Stanford.

Suzanne Somers made her legacy on the show Step-By-Step, where she played the matriarch. In 2012 she earned her own show and more recently, she’s been busy authoring and speaking about her health books.