Vincent Laforet is a Swedish filmmaker who recently took some stunning aerial photos of New York City late at night. New York City is well known for being the city that never sleeps, and these photos prove it. Illuminated by brilliant lights and colors, this photo series titled,Â â€œNight Over New Yorkâ€ were shot while Vincent was sitting on the edge of a helicopter which was flying high atÂ 7,500 ft (2285 m) above the Big Apple!

â€œIt is both exhilarating and terrifying all at once,â€ Laforet says to Gizmodo. â€œLetâ€™s just start off by saying this was the scariest helicopter â€œphoto missionâ€ of my career. And the most beautiful.â€

â€œArmed with cameras such as the Canon 1DX and the Mamiya Leaf Credo 50 MP back- both capable of shooting relatively clean files at 3200 & 6400 ISO and a series of f2.8 to f1.2 lenses including a few tilt-shift lenses,â€ explained the photographer, â€œI was finally able to capture some of the images that Iâ€™ve dreamed of capturing for decades.â€ 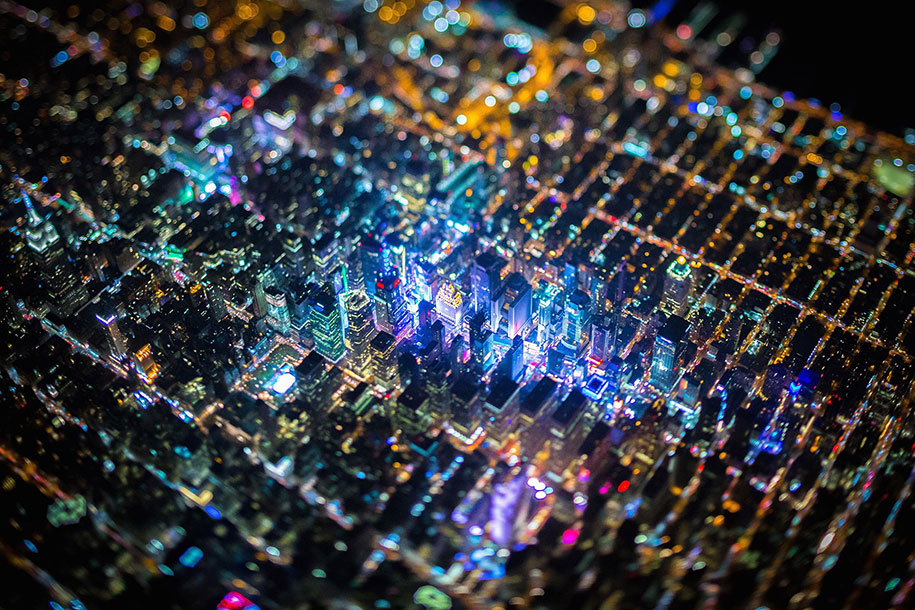 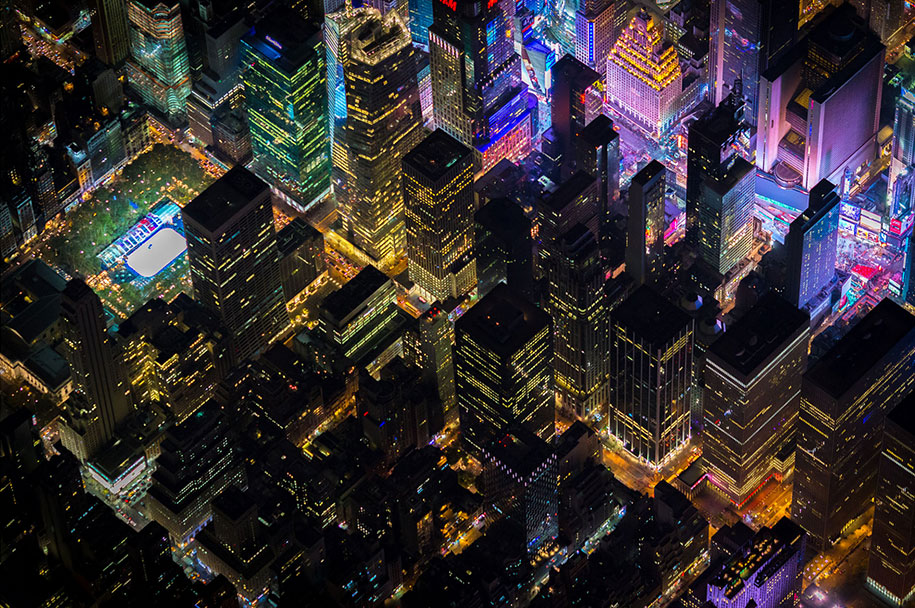 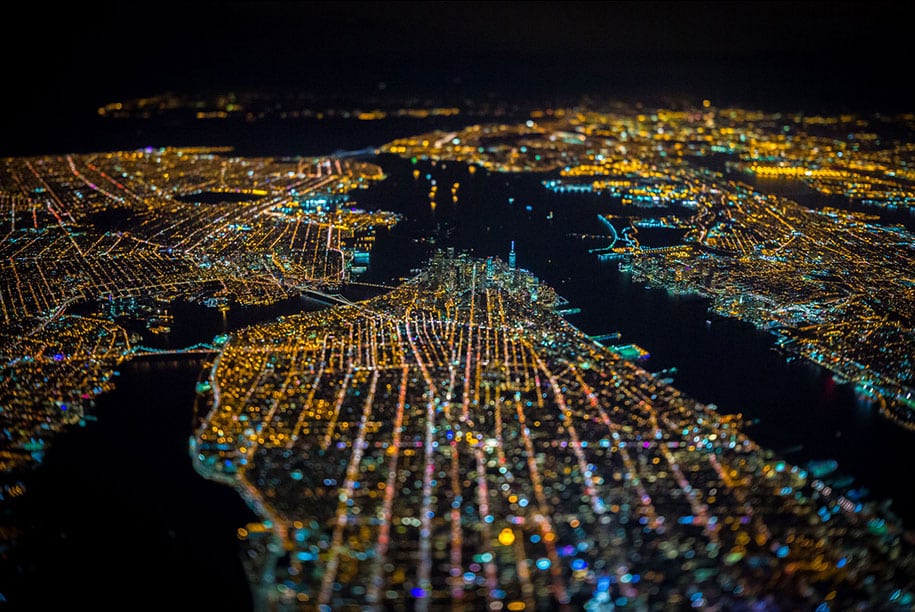 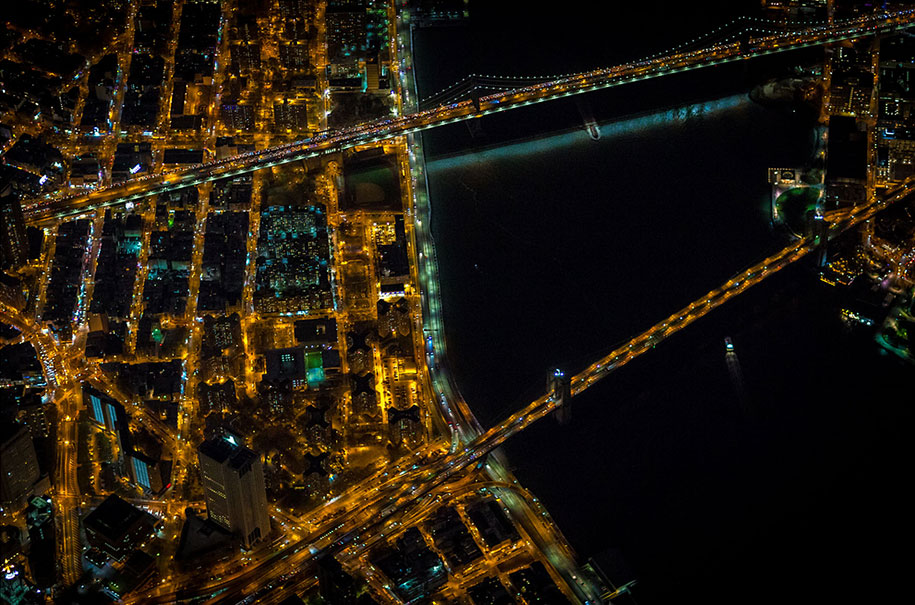 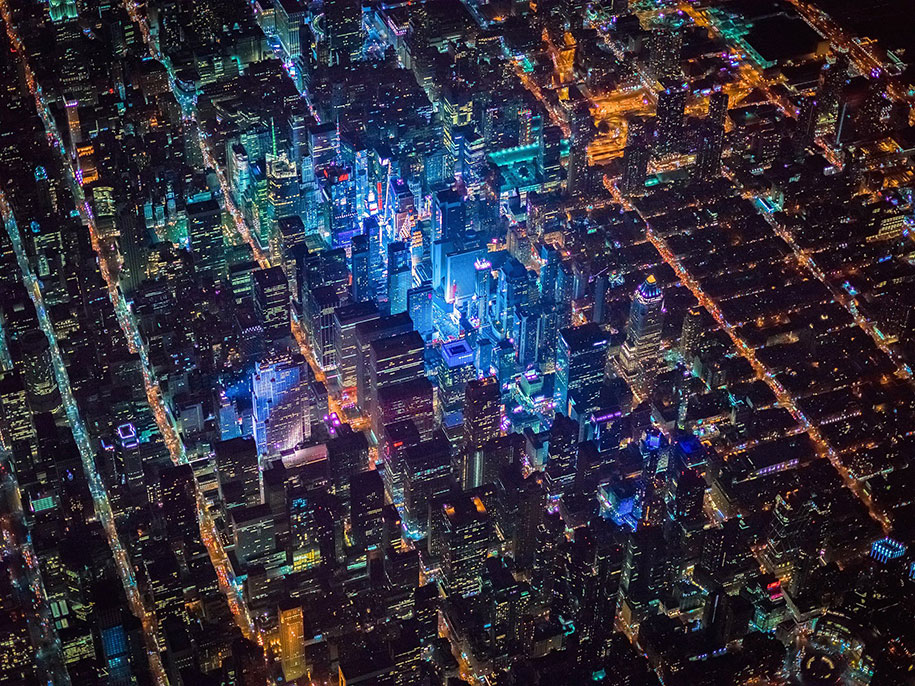 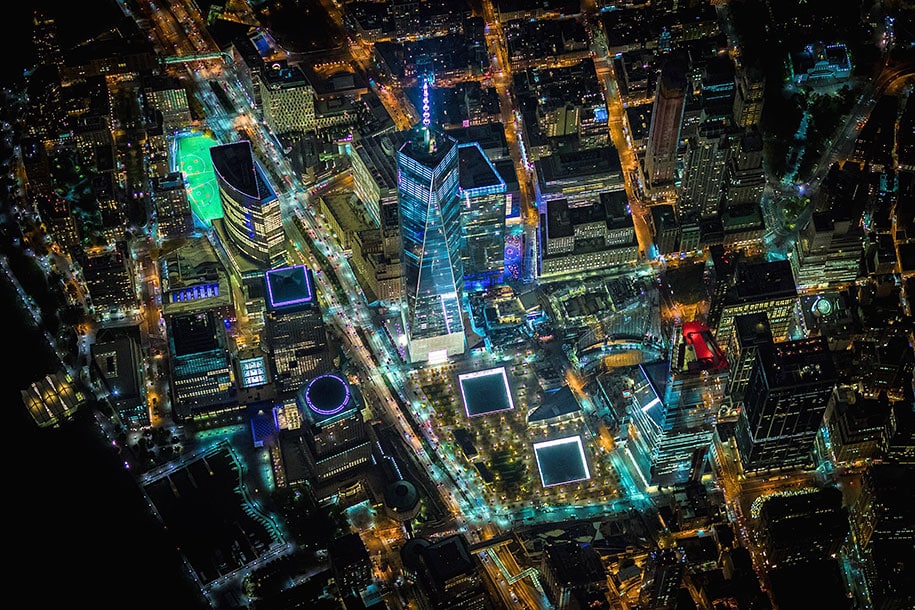 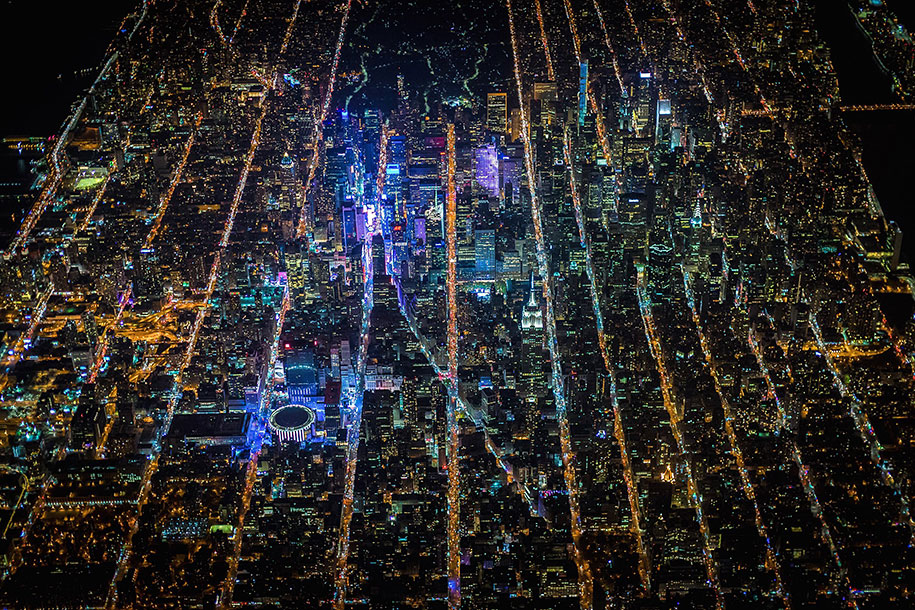 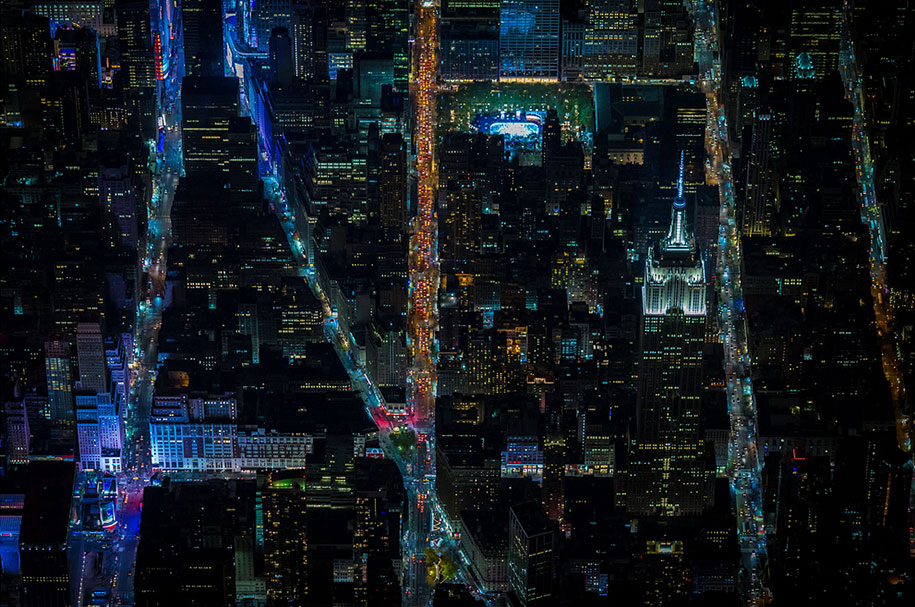 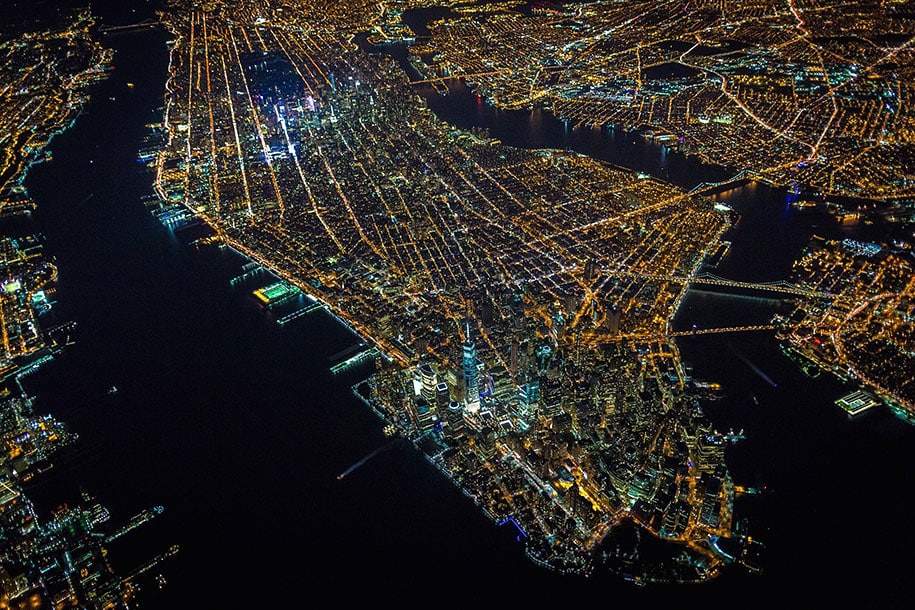