Let’s face it, job hunting isn’t the most enjoyable thing to do! Searching for endless jobs that suit your skills, applying for them and going to the dreaded job interview is something we all fear.Â No matter what job you apply for you’re going to need a creative resume. These resumes pack some punch when it comes to being creativity, featuring 4 pack beer resumes, coffee bag resumes, vintage travelling bag resume to sewn fabric resume.

A rÃ©sumÃ© is a marketing tool in which the content should be adapted to suit each individual job application and/or applications aimed at a particular industry. The transmission of rÃ©sumÃ©s directly to employers became increasingly popular as late as 2002.

In this day and age you need to look unique and professional.Â Your resume above all else needs to stand out and be noticed, these weird and creative resumes ideas designed by creatives got them noticed in the competitive job market. In this article we’ve foundÂ 16 Weird and Creative Resumes, these resume ideas will get your creative juices flowing when creating your own awesome resume! 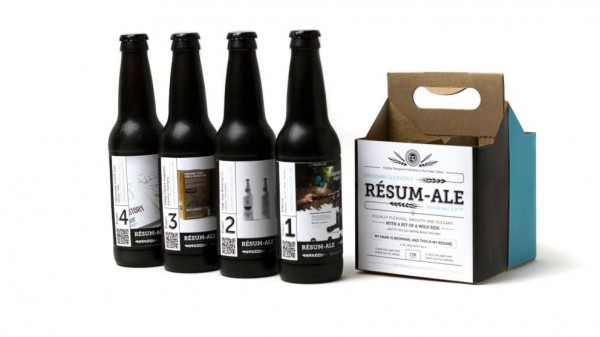 Employers receive countless resumes from hopeful job applicants, but not many come in the form of craft-brewed 4-packs of beer. (link: abcnews) 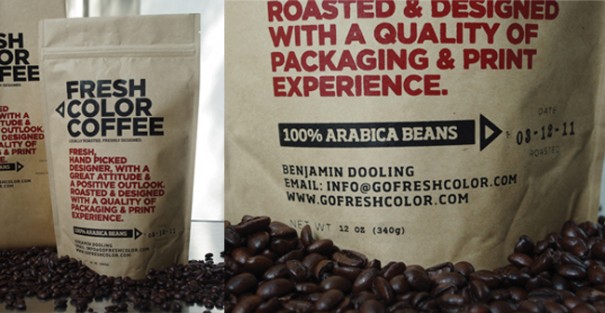 Benjamin wanted his resume to not only feature his qualifications and skills, but to also represent his artistic philosophy. He created a line of locally-roasted coffee, packed in craft-paper bags with his information printed on them. (link: benjamindooling) 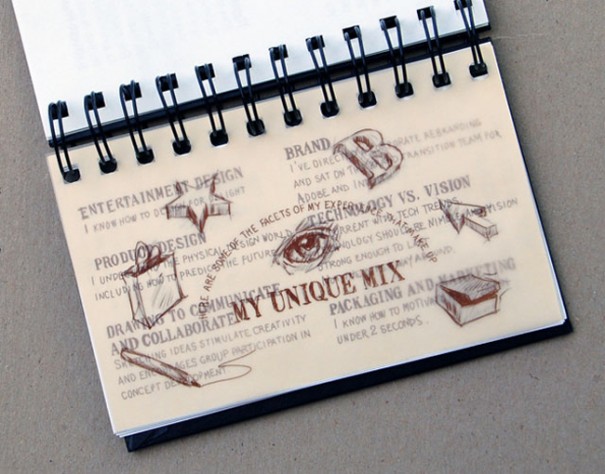 Brian is now hoping that this resume will land him a job at Pixar Animation Studios. (link: brianmoose) 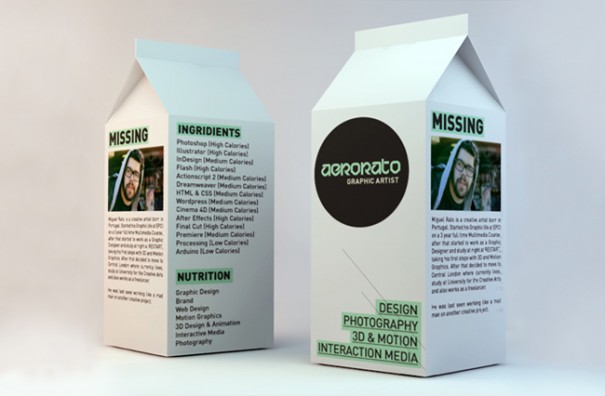 Miguel created this resume, hoping to be hired by a London-based advertising agency in London, Wieden + Kennedy. Heâ€™s still waiting for the answer. (link: miguelrato) 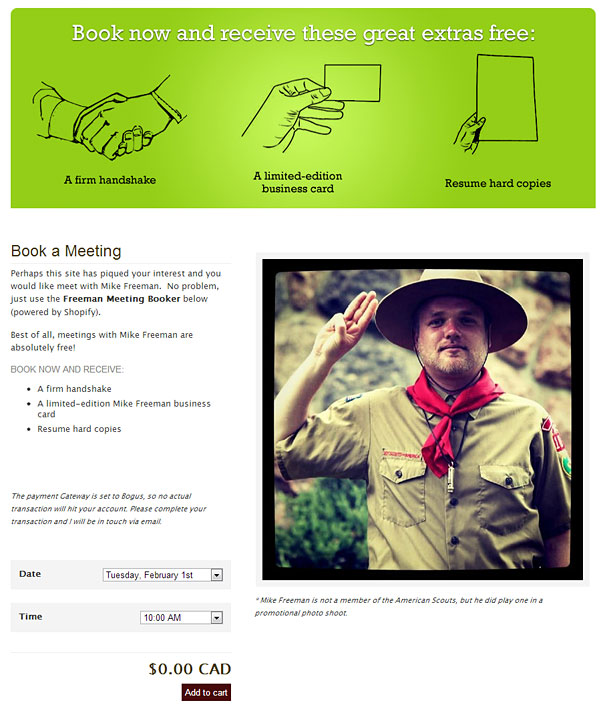 Not wanting to waste any time for potential employers, Mike Freeman put up a â€œBook a meetingâ€ section next to his resume. By filling in the application, youâ€˜re also granted a â€žfirm handshake, a limited-edition business card and resume hard copiesâ€. (link: mikefreeman.myshopify.com) 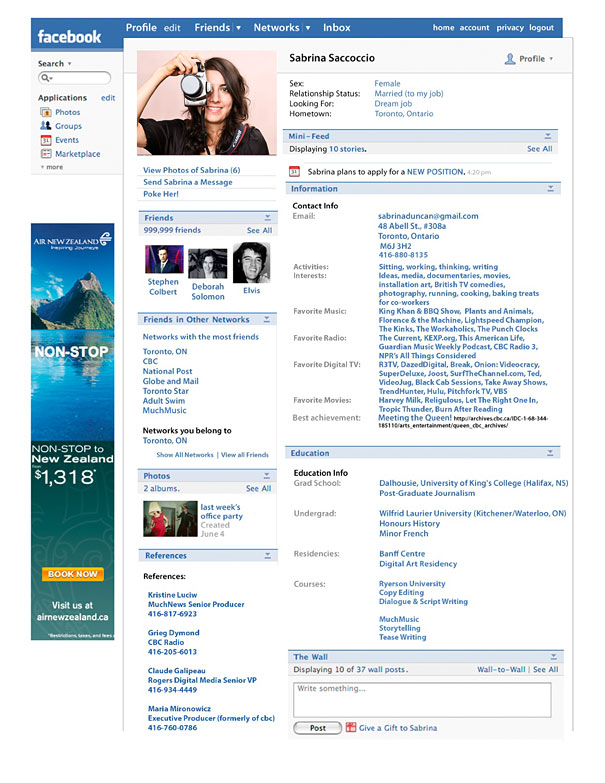 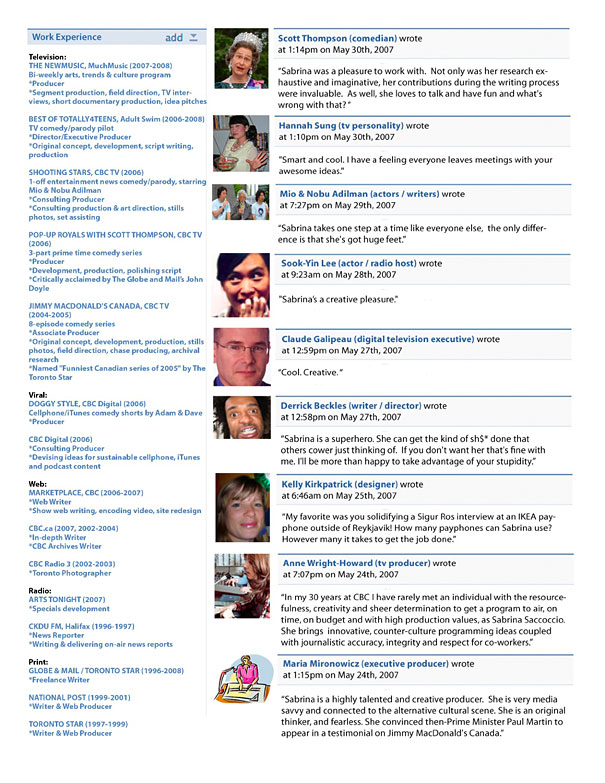 Sabrina wanted people to automatically feel comfortable with her resume, so she wisely chose to incorporate her personal information into a Facebook profile format. Not only does this give the main facts about her, but also demonstrates how social media-savvy and creative Sabrina is. (link: stevepratt.com) 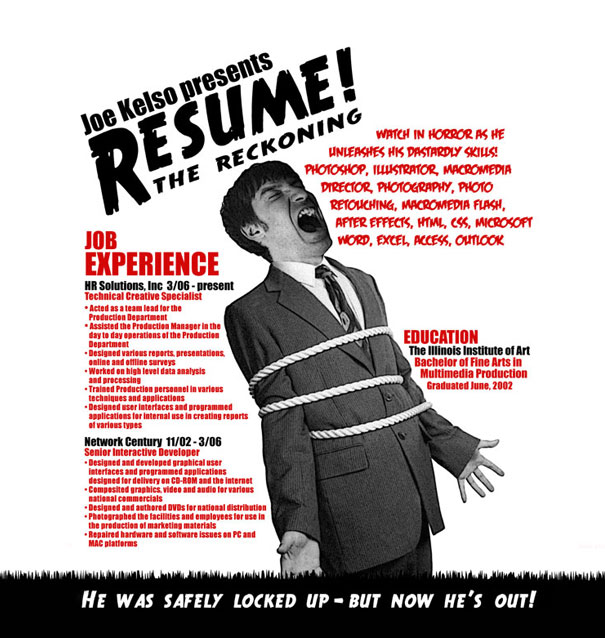 â€žThis resume was my secret weapon,â€ says Jon Kelso, who presented his personal information in a form of an old-school movie poster. Before the crisis struck, he says he would get invited to an interview everytime heâ€˜d send out a copy of this CV. (link: businessinsider.com) 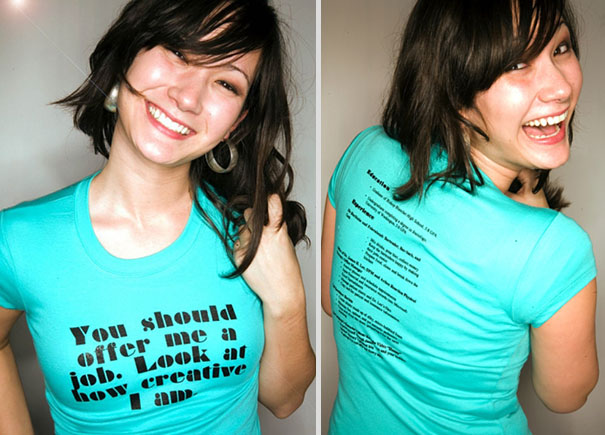 What has now become a trend and can even be ordered and customized online, was first started back in 2008. Kelly Kinney, wearing a T-shirt that read â€œI need a jobâ€ and her resume on the back, would hang around various coffee houses, hoping to get noticed and hired. (link: articles.cnn.com) 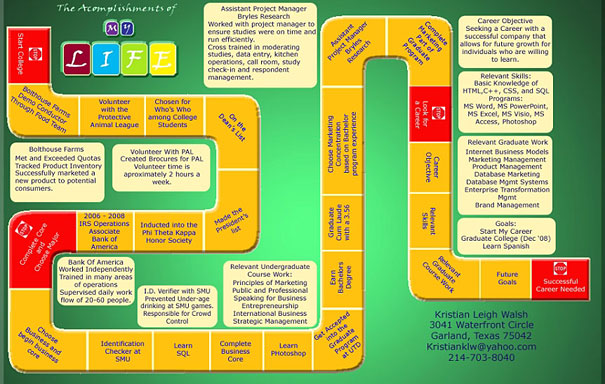 Kristian Leigh Walsh gave her curriculum a form of a board game, where a little car would trace down her achievements and list of skills. (link: klwalsh.com) 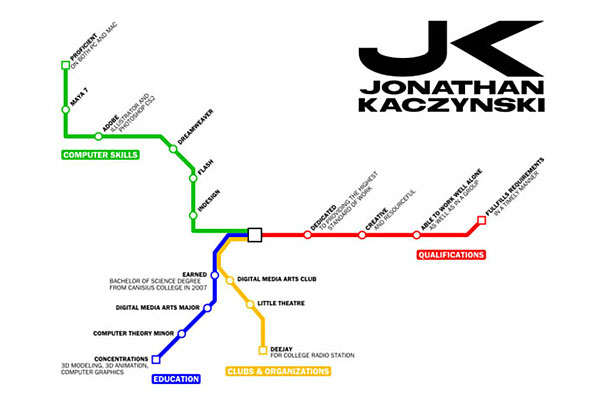 Itâ€˜s not unheard of to compare your life a journey, or a road: probably inspired by this metaphor, Jonathan Kaczynski constructed his resume in a form of a subway map. (link: achisutoshinzo.deviantart.com) 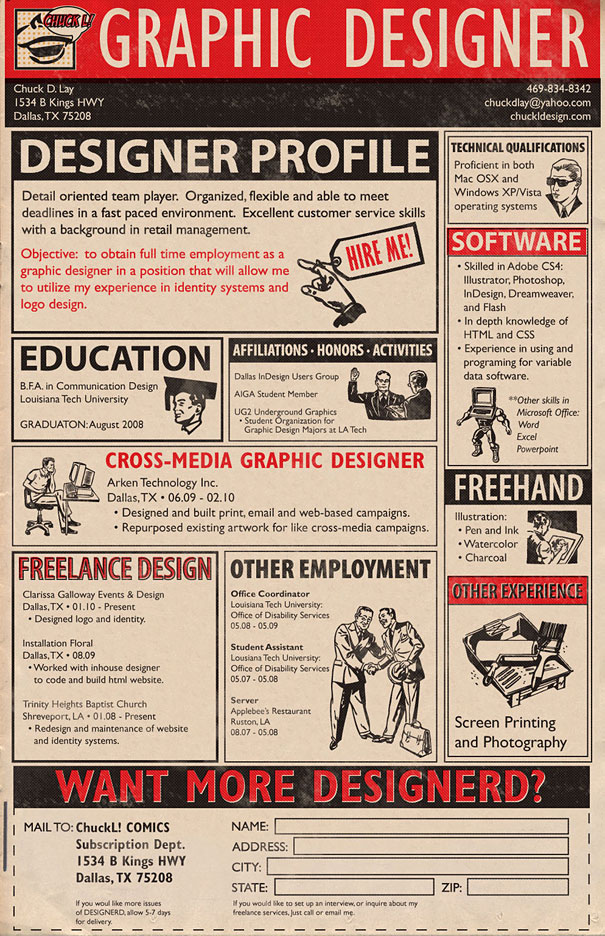 A nice resume might sometimes serve as part of your portfolio, especially if youâ€˜re a graphic designer like this guy from Louisiana. We donâ€™t know if he got the job, but Deviantart users absolutely loved this old-school newspaper design! (link: chuckdlay.deviantart.com) 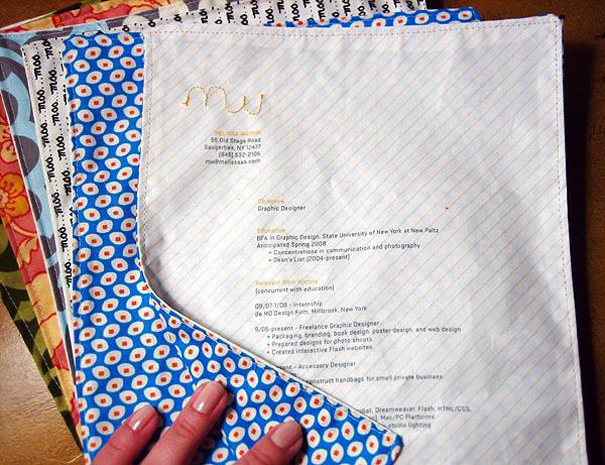 â€œSewing is one of my biggest passions, and I wanted to convey that somehow in my resume.â€ After transferring her resume on a white fabric, Melissa sewed it onto multiple fabrics to hand out. Her efforts helped her land a job right after graduation. (link: melissamakesthings) 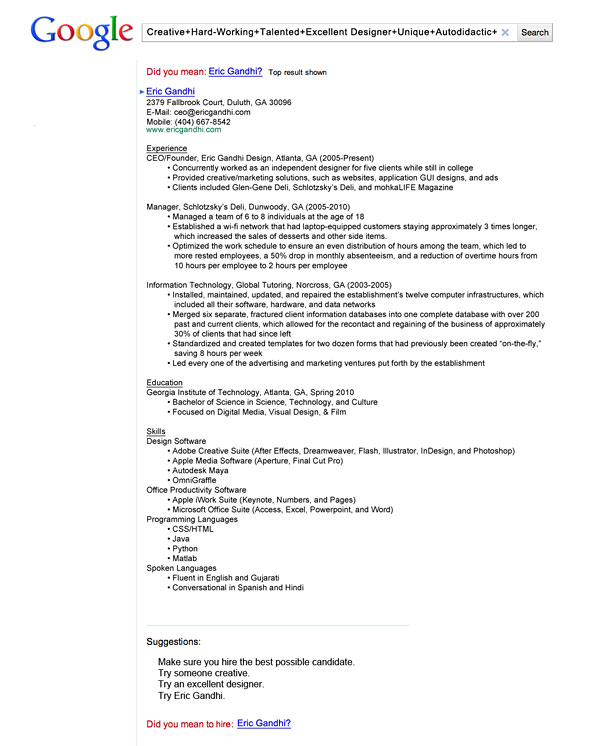 Eric actually got an interview with Google after his resume was featured on several websites. The guy later admitted he didnâ€™t take job in the end, but got a position in another company where he felt appreciated. (link: ericgandhi) 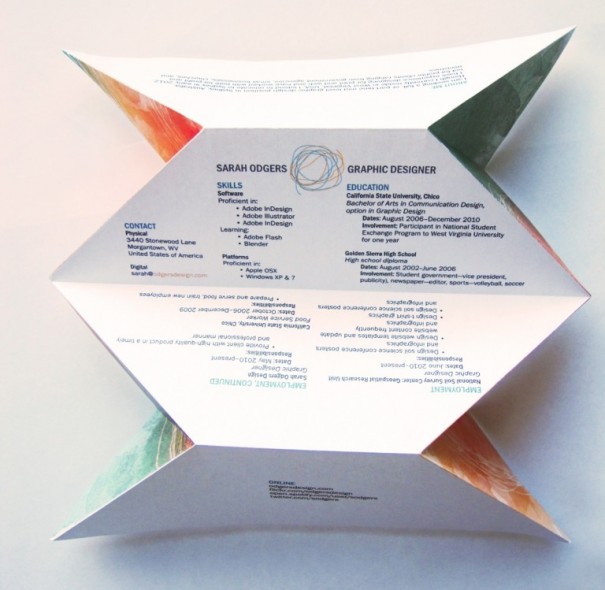 â€œWhy hand a boring, Word-based resume to a potential employer when you can showcase your abilities and personality to create a great first impression?â€ Despite the employer laughing in her face when he first saw this resume, she still got the job. (link: sarahodgers)

â€œI realized during my previous job search that getting an interview at a communication agency is the hardest part of the process,â€ says Petit. â€œI tried to create a CV that would enable me to express myself vocally as soon as they read the paper version. The combination of a sheet of paper and a QR code felt like the best way to reach that goal.â€ (link: victorpetit) 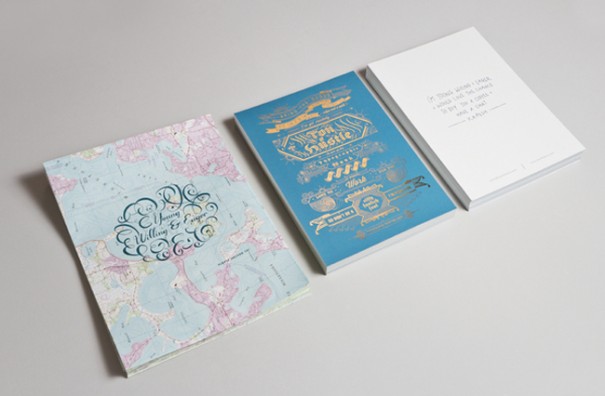 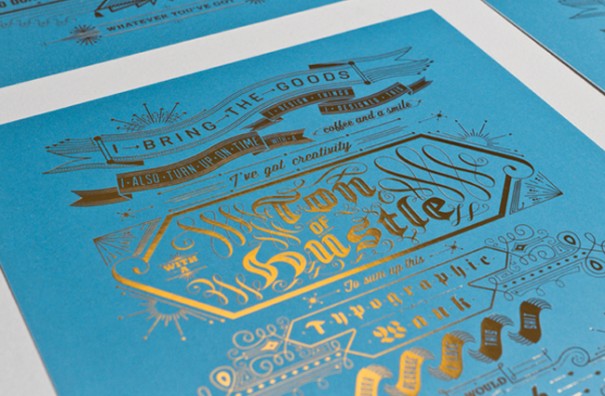 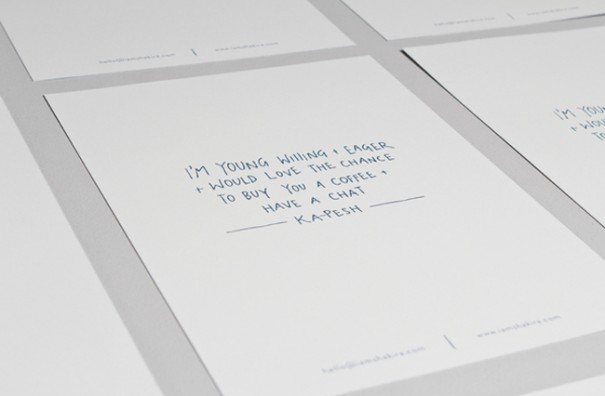 â€œI wanted to grab someoneâ€™s attention. People take design too seriously, especially when searching for jobs. I basically wanted to say â€œHey, I know that you are busy and have a team full of great people, but I can get the job done too.â€ (link: shakiratwigden) 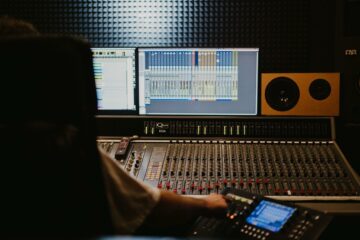