If we were to come across a lion or other wild animals we would most likely run away, but what would happen if you came across a baby lion?Â Frikkie Von Solms is a caretaker from South Africa, he has spent the last 11 years raising a baby lion he named Zion. Unlike other lions, Zion is a gentle and loving African lion, theseÂ 22 PhotosÂ 22 Photos Of A Gentle and Loving Lion Raised By a Human !

Lions are one of the most fearsome animals, but this didn’t stop Frikkie from raising Zion. Born into captivity to a lioness named Simba, they had to be separated due toÂ fears that his father might try to kill him. Living with Frikkie has made Zion into a cute and cuddly huge lion who is quite a softy. Freddie takes Zion on walks, but he has to take his shoes off because the noise can bother the other big cats. He says:

“It was a once in a lifetime experience to grow up with him and learn and live with him through all of the stages of being a lion,â€ Von Solms told the Daily Mail. â€œPeople talk about lions like they are just lions but they have personalities, they have humour and laugh. Zion is a gentle giant. He has never attacked humans and I trust him completely.” 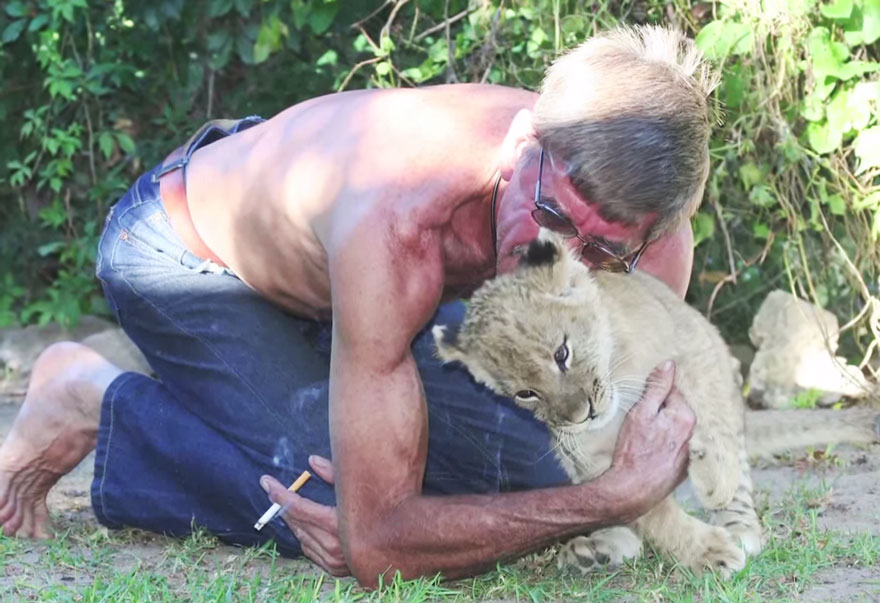 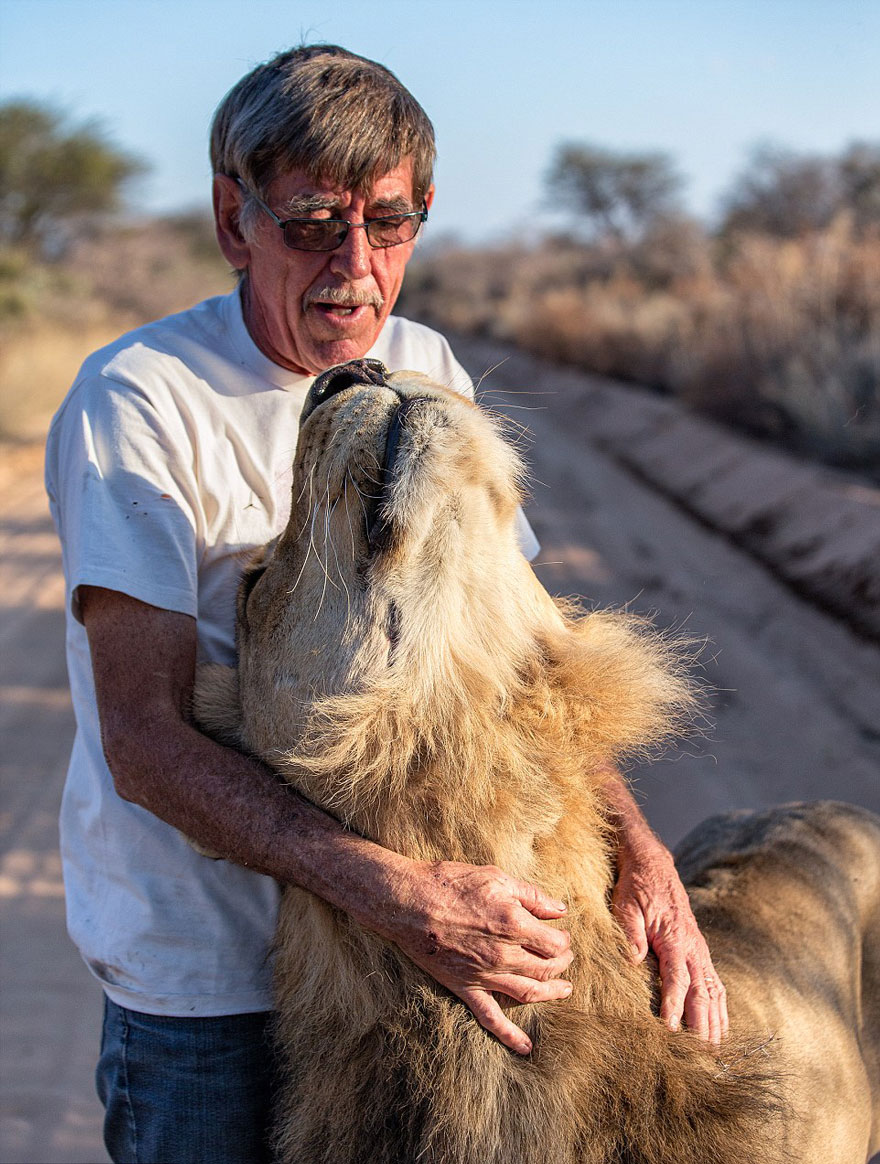 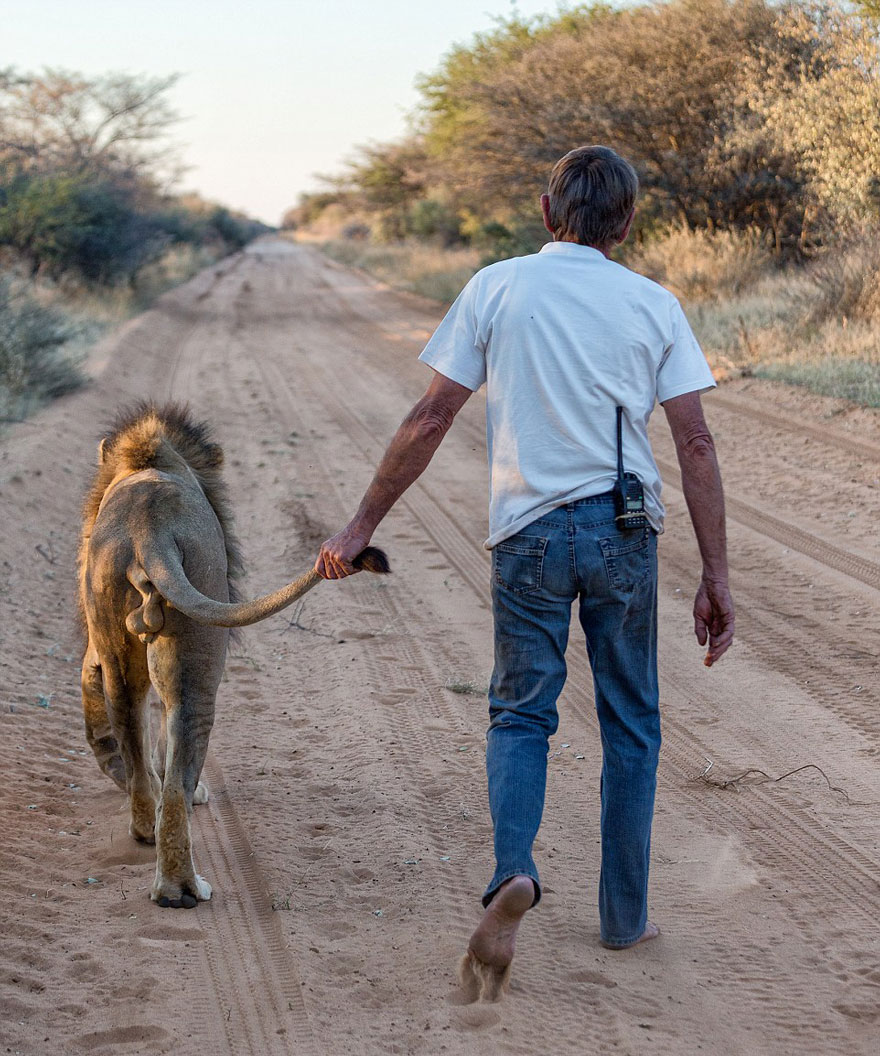 â€œZion is a gentle giant. He has never attacked humans and I trust him completelyâ€ 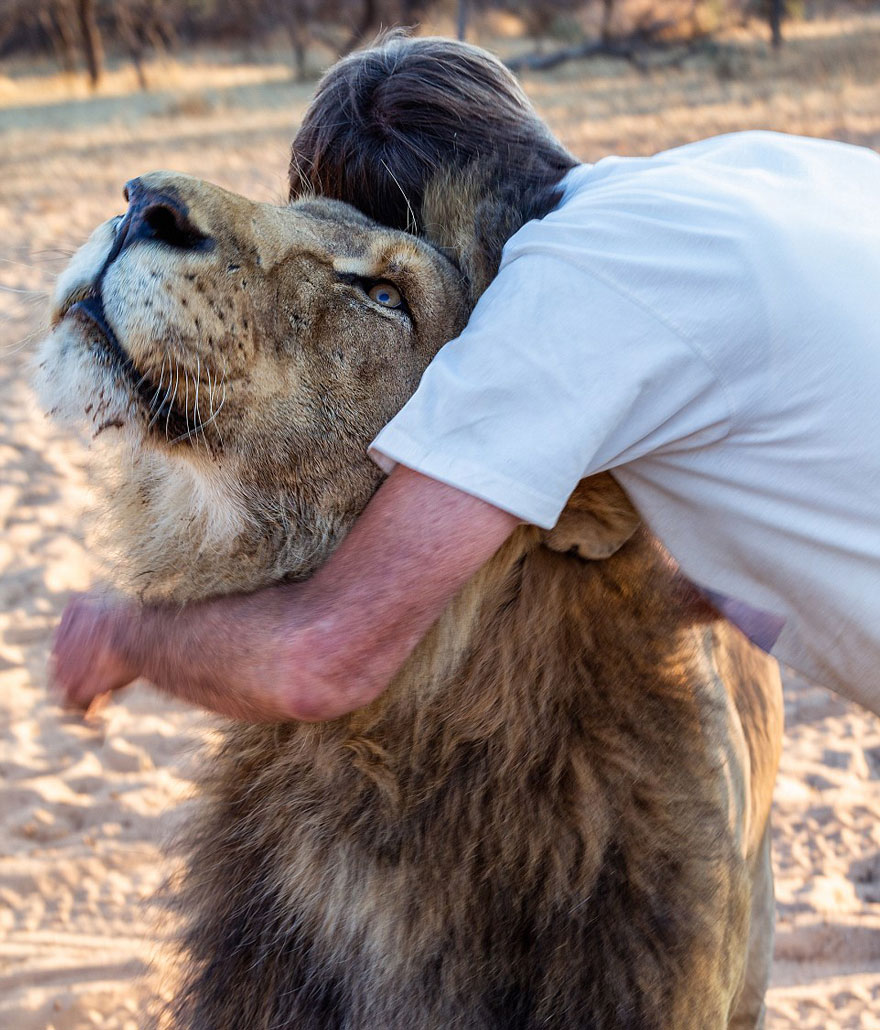 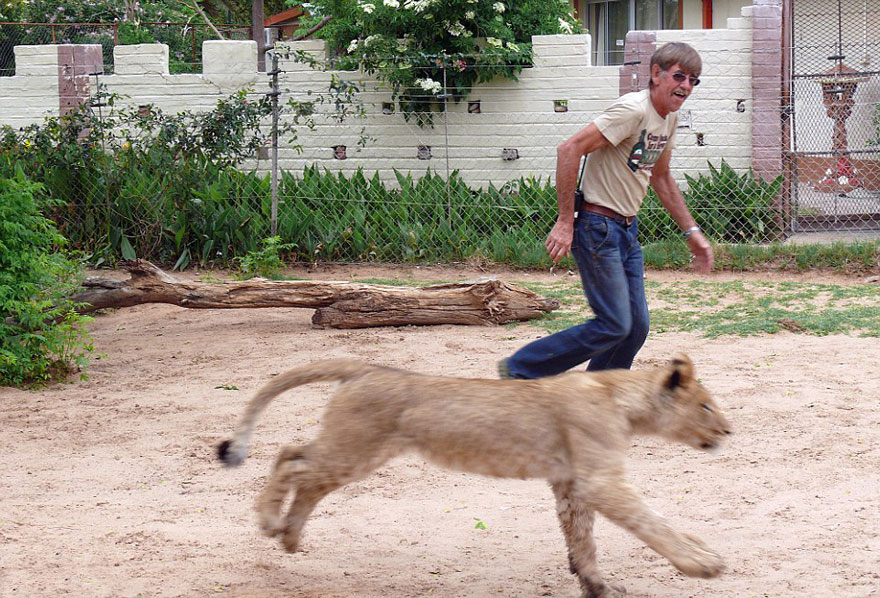 â€œPeople talk about lions like they are just lions but they have personalities, they have humour and laughâ€ 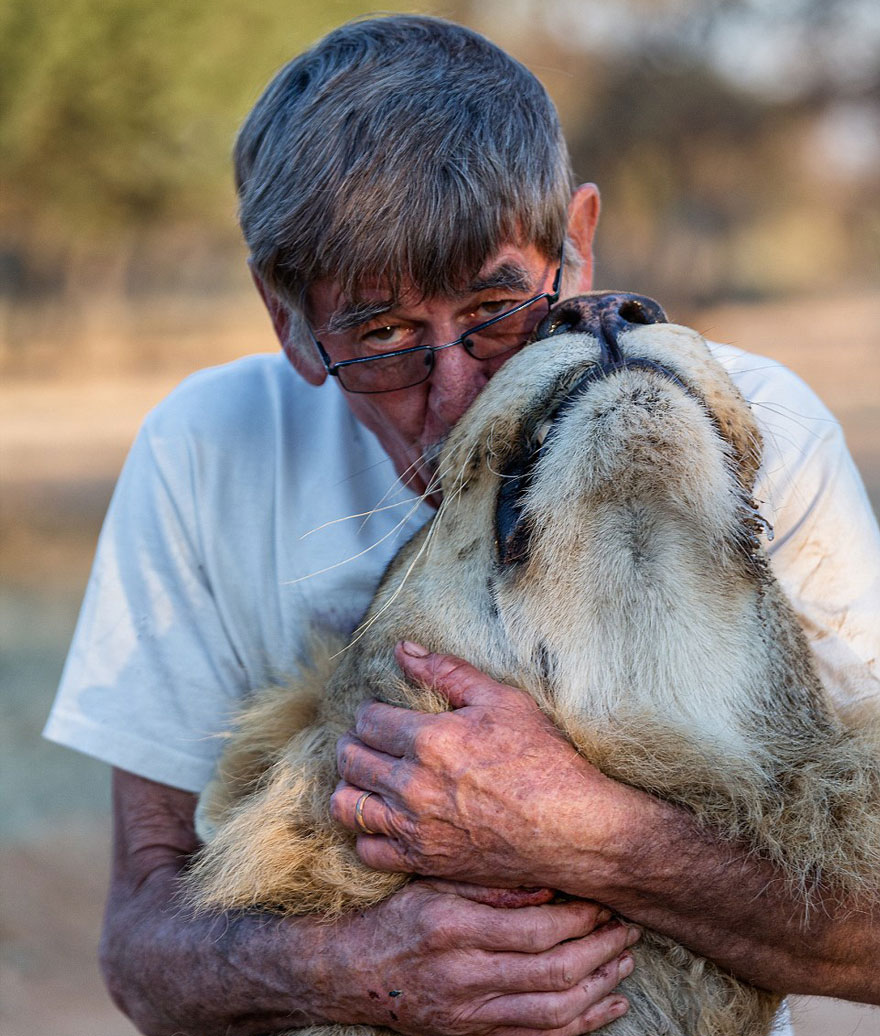 Frikkie says he has raised 19 lions, tigers and cheetahs, but says that Zion â€œis special because of the bond we share. I learned so much from himâ€ 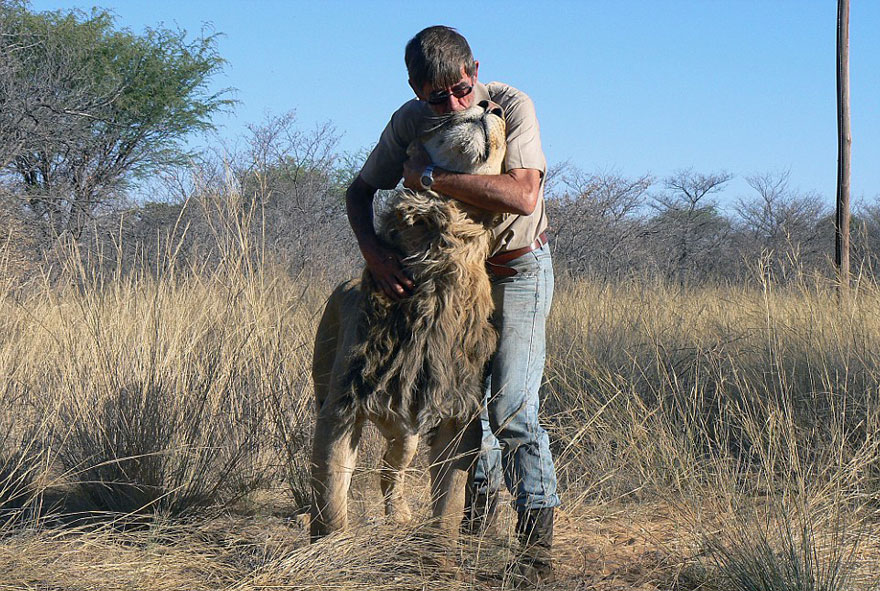 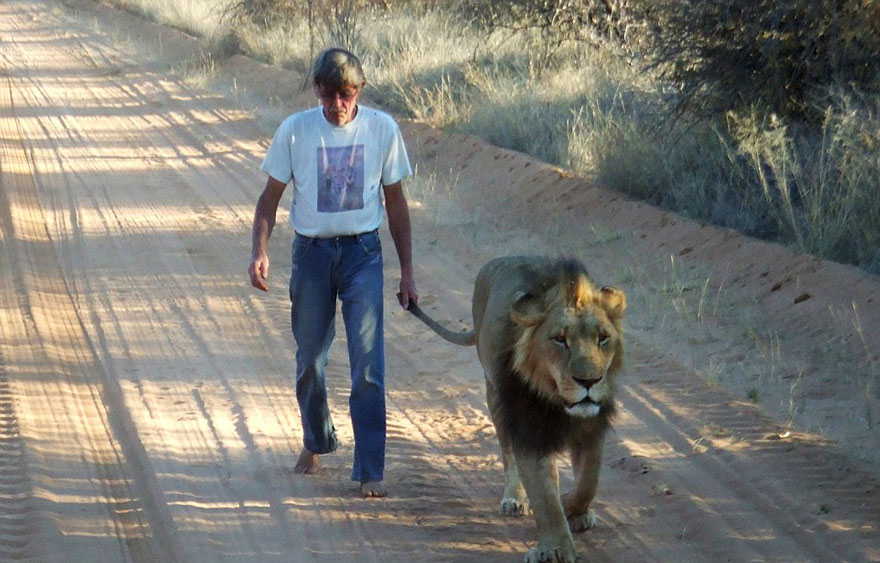 Lions can be dangerous, but Frikkie and Zion prove that this is not always the case 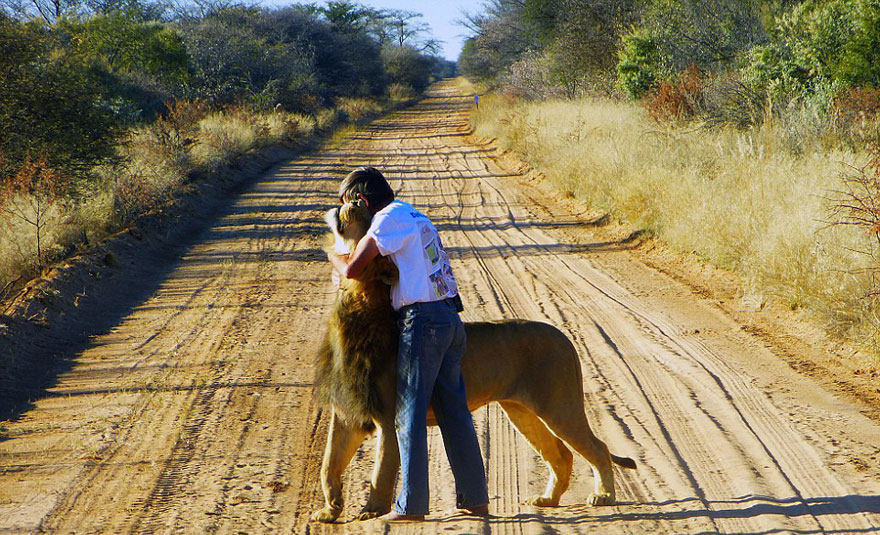