Dexter was one of the most popular television shows in recent times. Based on Jeff Lindsay’s novels Darkly Dreaming Dexter and Dearly Devoted Dexter this crime thriller follows Dexter Morgan across his varied double life as a serial killer. Now you can design a Dexter poster with thisÂ Dexter Morgan Photoshop Tutorial.

By day Dexter is a forensic blood spatter expert for the Miami Dade Police Department in Florida. He is the main support and comfort for his sister who is also a police officer in the same precinct. Dexter has a steady girlfriend, with two young kids who absolutely adore him. 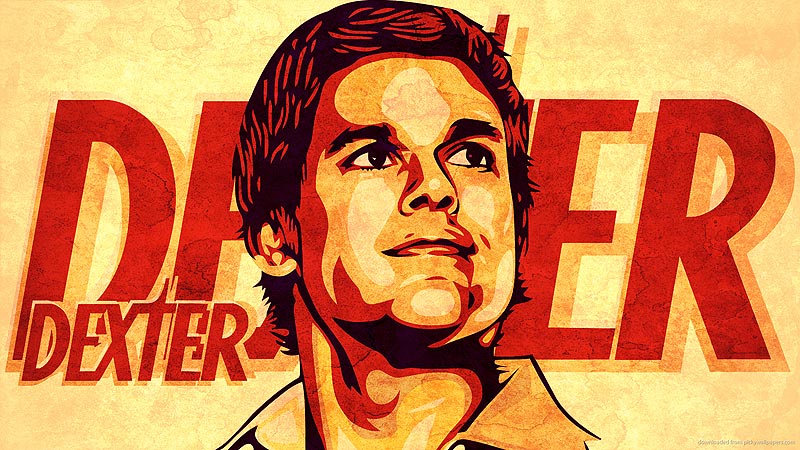 The Double Life of Dexter Morgan

Dexter also has an active “night life”. Based on a code of conduct instilled in him by his foster father, Harry, he hunts down unsavoury people who have escaped justice in the legal system and makes sure they don’t get away with a crime again.

Dexter the Television Show ran up until 2013 but Dexter isn’t quite done yet. As in this Photoshop tutorial we’ll learn how to Design a great poster for the awesome show that is Dexter! Before all that check out some of these additional Dexter video resources.

How to Design a Dexter Morgan Poster in Photoshop

1. Â To begin start by opening a new document that’s 600×800 pixels. Get the Dexter image here and open it up in Photoshop. 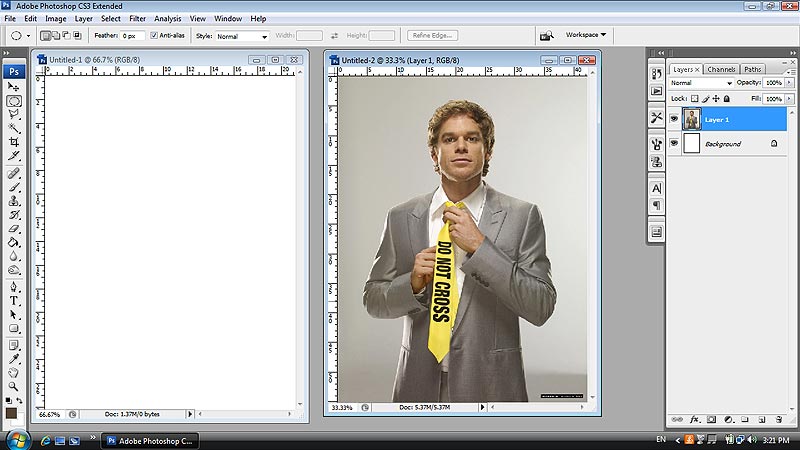 2. Copy and Paste the Dexter Morgan serial killer image onto the canvas and resize the image so it fits nicely. Next go here and get the paper texture you want then copy and paste it onto the canvas. 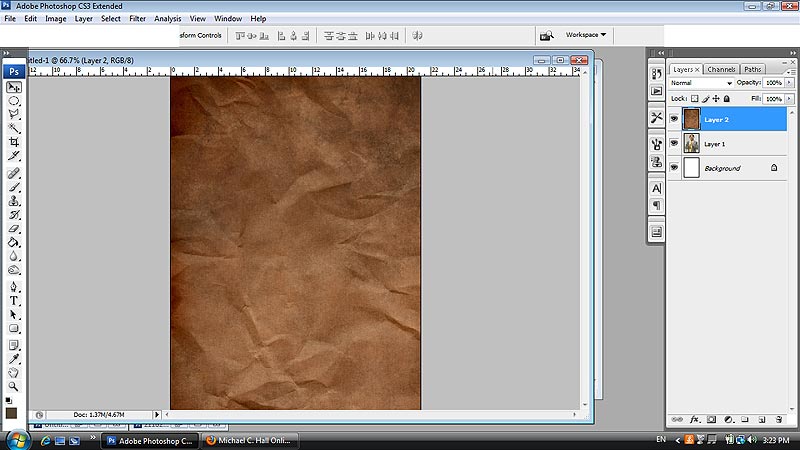 3. Â Place the Dexter Morgan image over the paper texture and set the Blending Mode to Overlay. 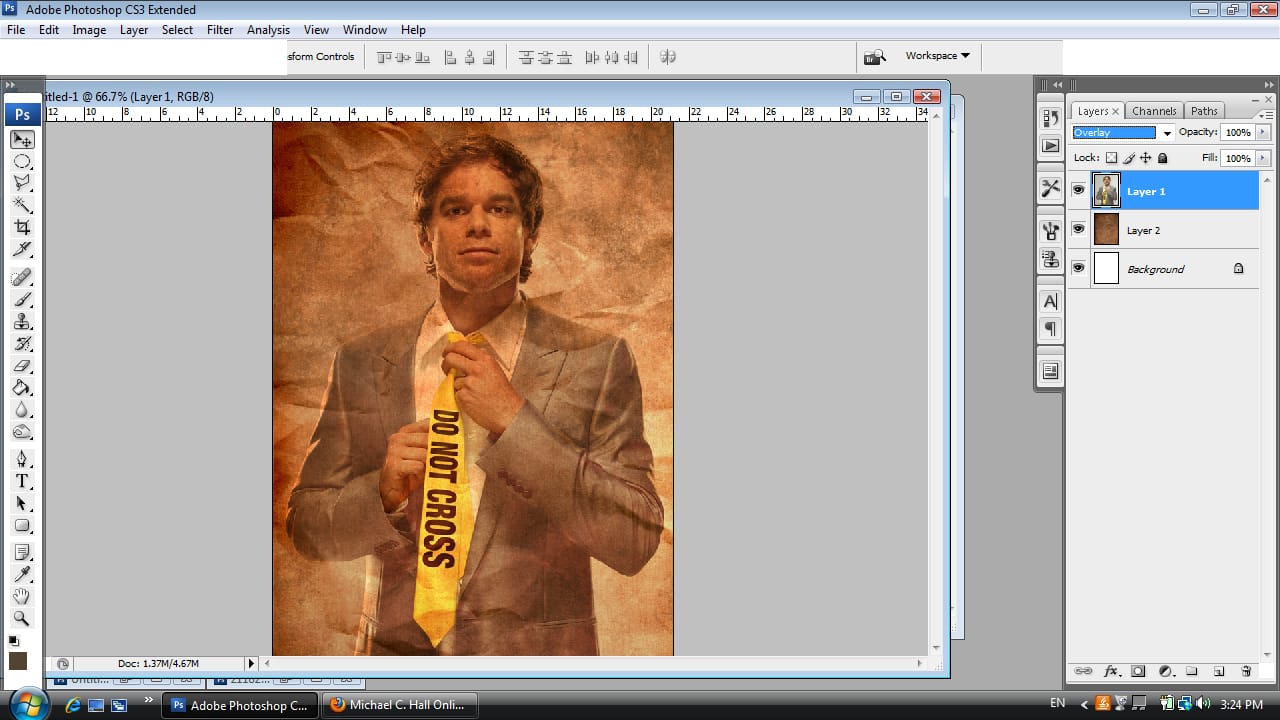 4. Next duplicate the Dexter layer. 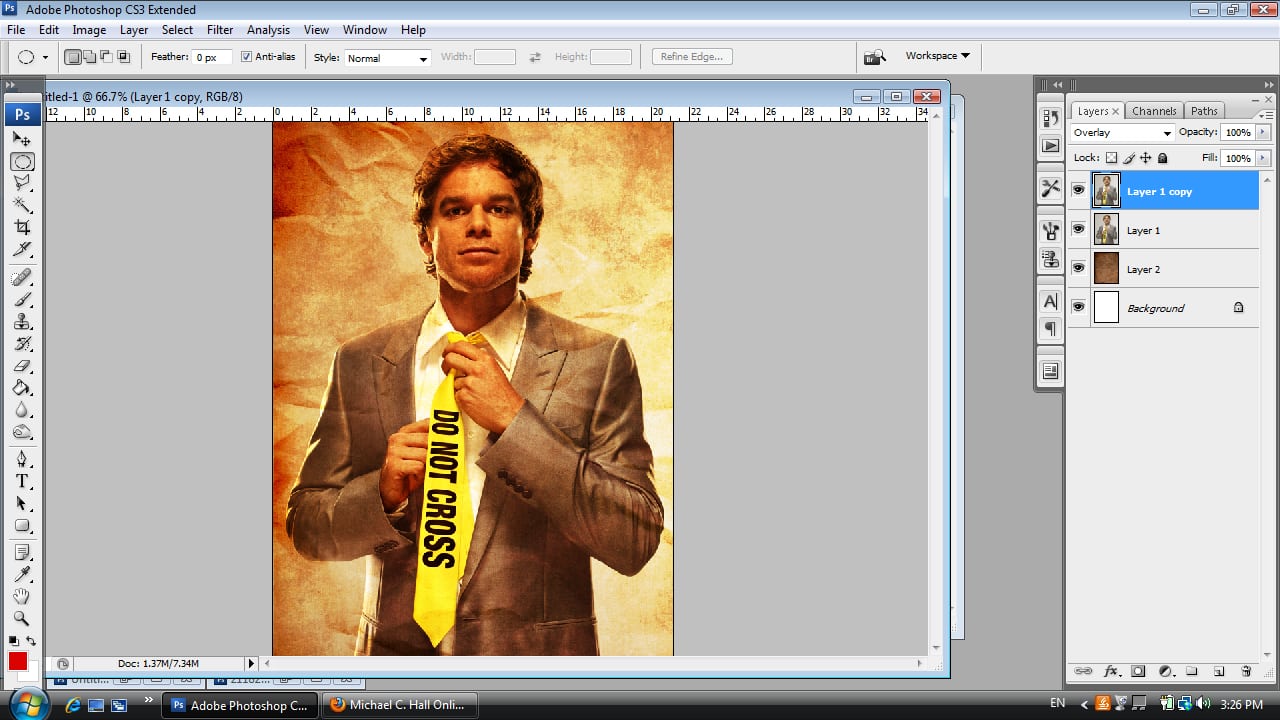 5. With the duplicated layer selected go to Image > Adjustments & Desaturate. 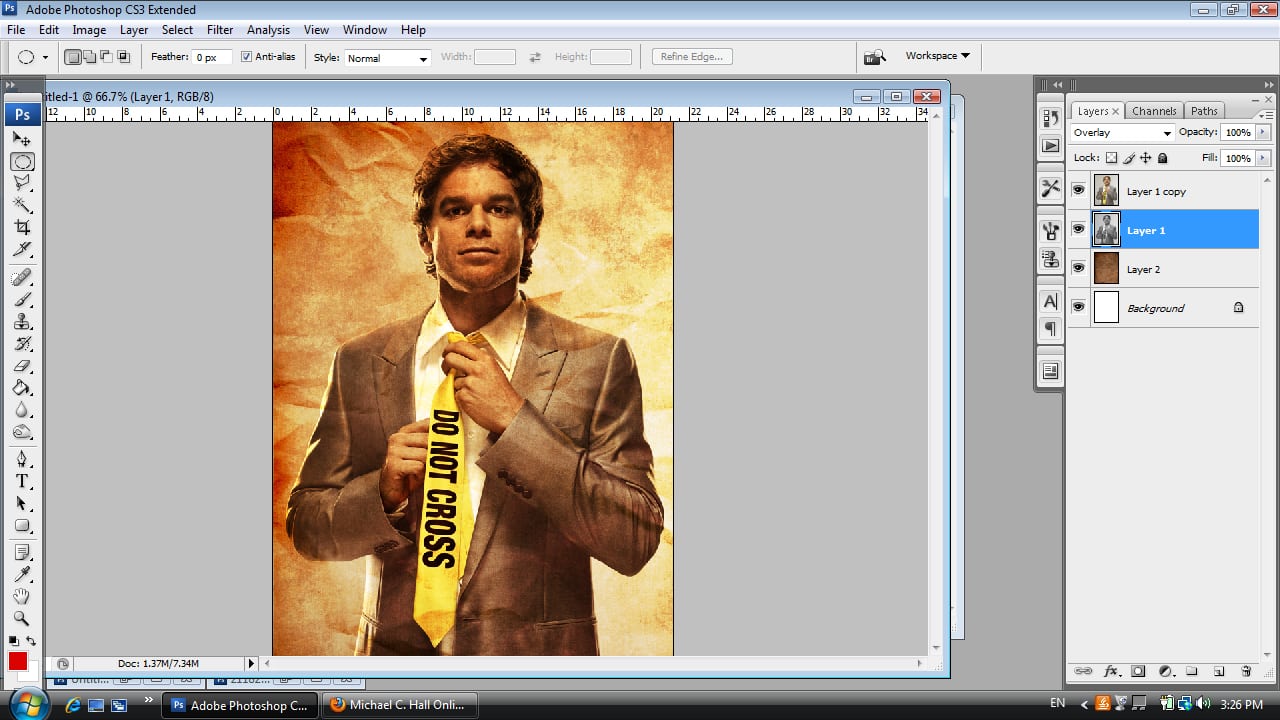 6. On the same layer go to Image > Adjustments & Brightness/Contrast. Make the Brightness -21 and Contrast +100. 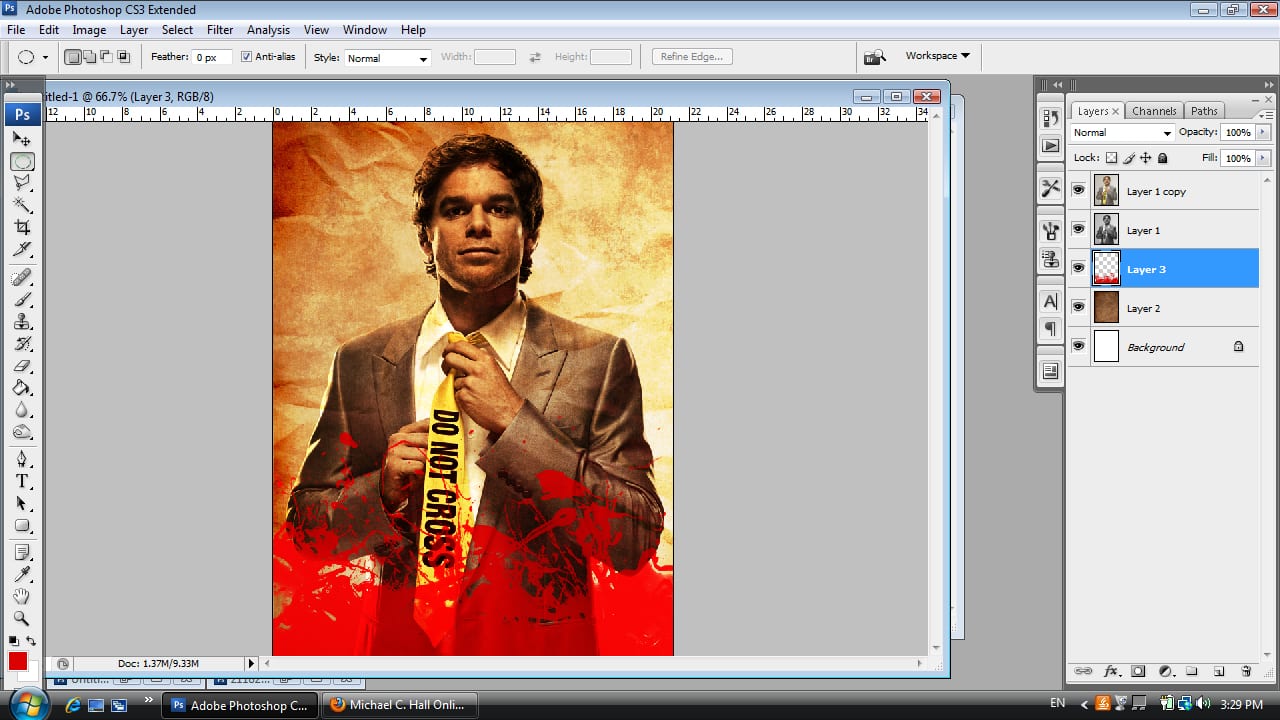 7. Next get this Splatter brush here, and place ‘blood splatters on a new layer under the 2 Dexters, after change the blending mode to Soft Light. 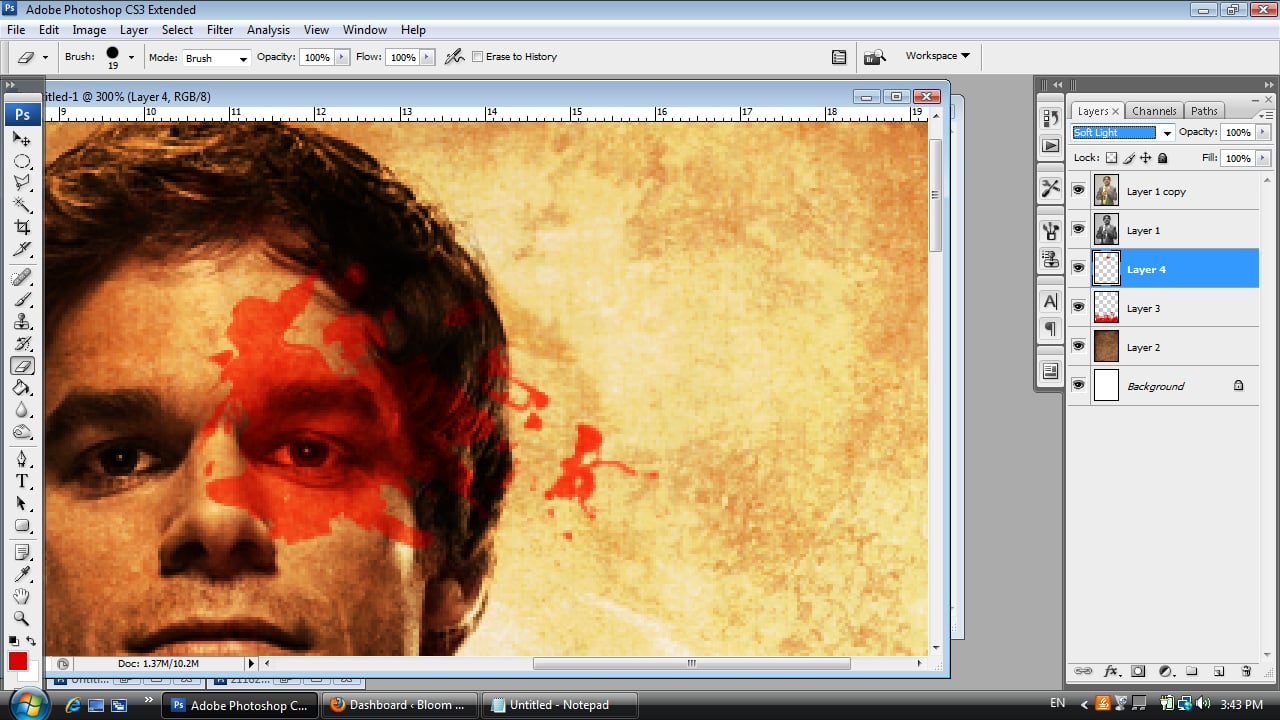 8. Create a new layer and zoom in to Dexter’s eye. Find a splatter shape you like and put a splat on Dexter’s eye. Make the Blending mode Soft Light. 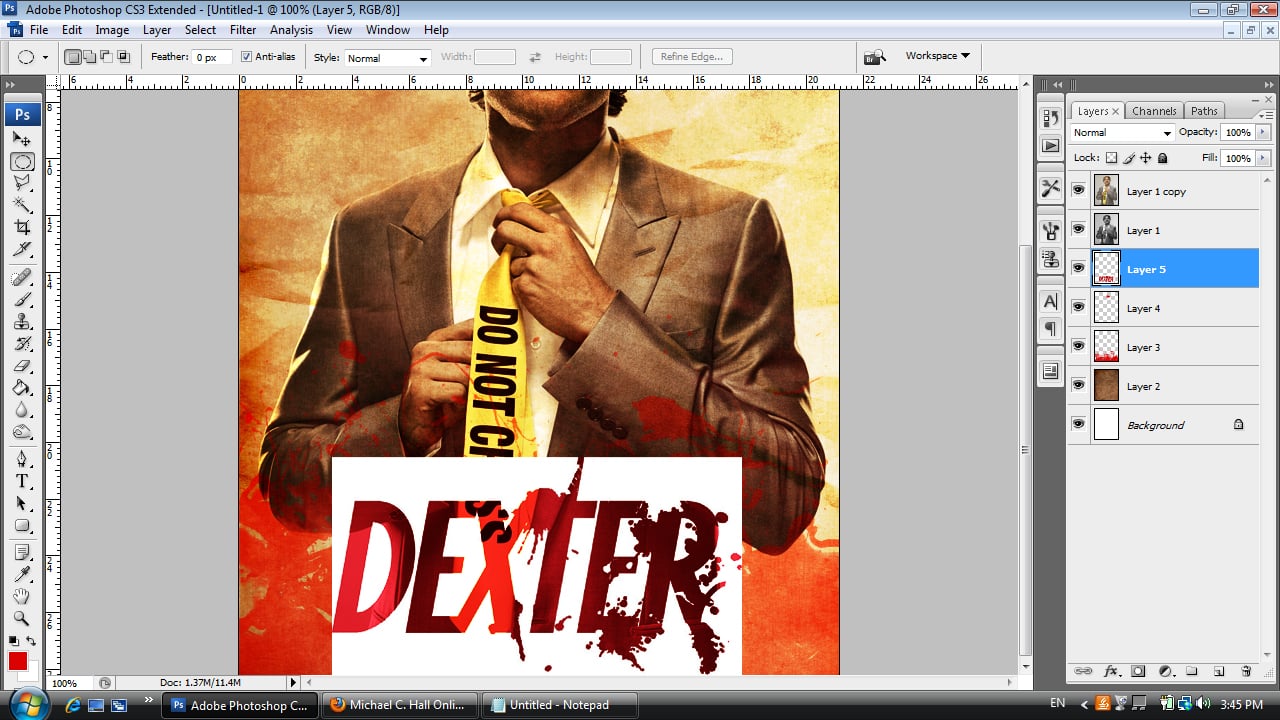 9. Get the Dexter Font image here, copy and paste the image onto the design. 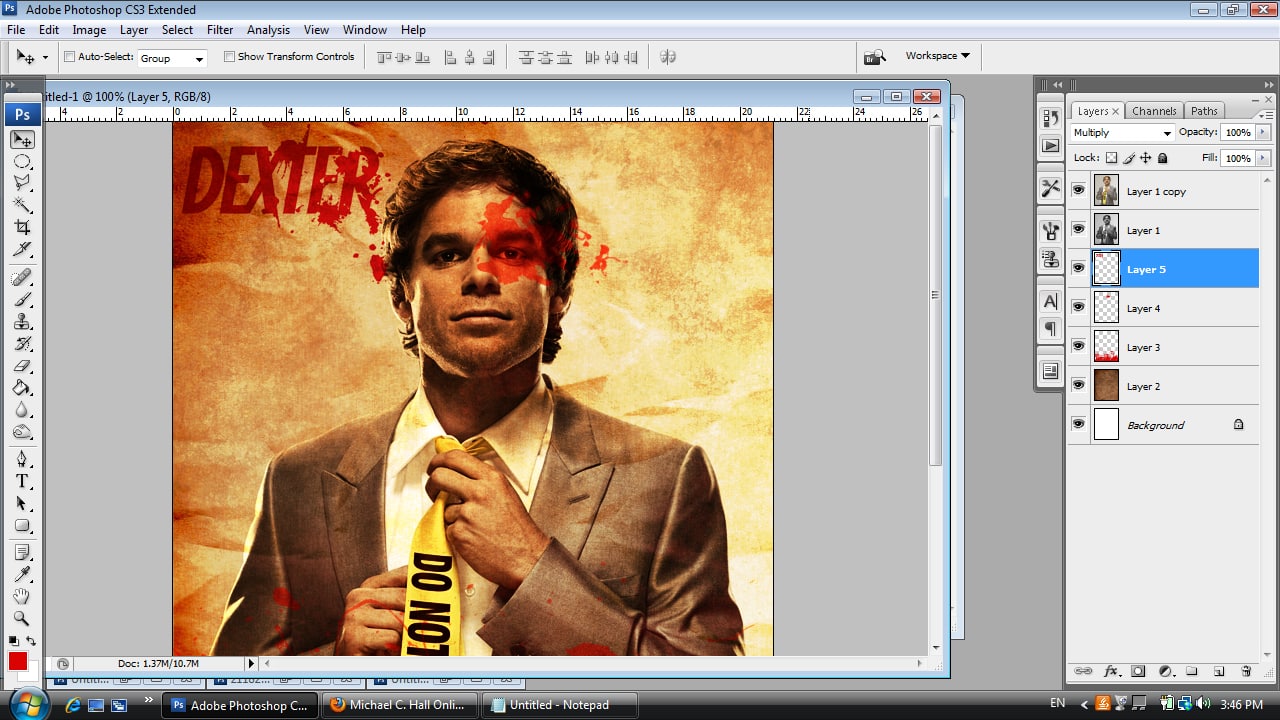 10. Press ctrl+t and make the font smaller, move the font to the left top corner. Make the blending mode Multiply. 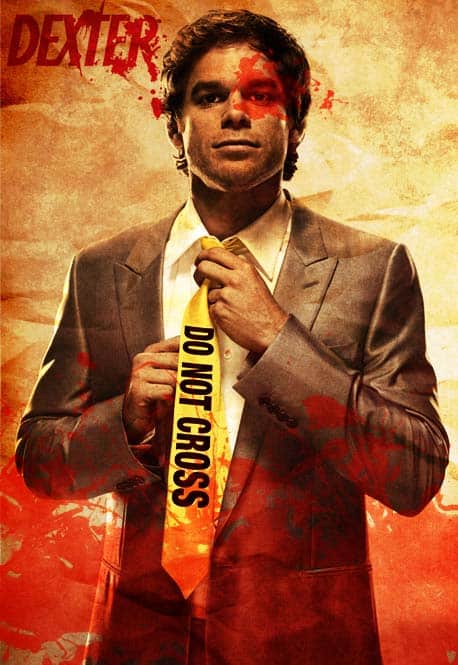 Even Dexter Morgan himself would be impressed with the final result here.I don’t think there is any doubt who the killer really is, do you? This crime scene is pretty convincing.