In many ways, Meghan Markle is just like us. Or at least she used to be. The former actress and soon-to-be Dutchess is set to marry Prince Harry in the Spring. With her new title comes new rules. And some of these lifestyle changes might surprise you.

What seems to be a harmless act is actually taken quite seriously by the royal family. But Meghan Markle seems to have a solid grasp on this rule already. Back in December,

she attended her first official event with her fiance Prince Harry. When a couple approached her and asked her to take a photo Meghan elegantly replied, “we’re not allowed to do selfies.”

This rule comes out of fear that someone could forge the royal’s signature and somehow use it to blackmail the family. Prince Charles actually broke this rule in 2010 after

signing his name for a victim of the Cornwall floods. However, instead of writing his name, he purposefully wrote “Charles 2010” in shaky letters. He later apologized for the incident.

Can’t Go Out In Public Alone

Just as you have never seen Kate Middleton walking the streets alone, the same will go for Meghan Markle. If not with her fiance or members of the royal family, she will

be constantly followed by security guards. All the family members have security around them whenever they are in public. As you are probably noticing, being Dutchess isn’t as glamorous as it sounds.

Put A Hold On Social Media

will allow her fans to keep up with her life, but with the added bonus of the other three. This rule forces all content to be approved by the family before going public.

According to Myka Meier, a royal etiquette expert, there is no official rule against public displays of affection. But Kate and Will haven’t been seen kissing since their wedding day on the balcony. Clearly it

is frowned upon, or at least considered unprofessional. Meghan and Harry are often photographed holding hands. Many people think their modern approach to the representation of royalty is refreshing. Apparently holding hands is modern.

Meghan Markle will gain British citizenship following her marriage to Harry. “Although not prohibited by law, it is considered unconstitutional for the Monarch to vote in an election,” as stated on the official parliament website.

The law originially applied to Queen Elizabeth II. After that, it becomes a bit blurry. But chances are, Meghan will follow suit. The other members of the royal family choose not to vote as well.

No more colorful or dark nail polish for Meghan, at least not in public. Royal protocol only allows neutral colors at official events. According to the popular nail polish brand Essie, Queen

Elizabeth has been a loyal customer. Her favorite shade is a very pale pink called “Ballet Slippers.” This rule is enforced so that the women look polished and classy. No pun intended.

Legs Must Be Tilted, Not Crossed

Yes, is frowned upon for female royals to sit with their legs crossed. If you have ever seen “The Princess Diaries” with Anne Hathaway, you know exactly how the women are expected to sit. It is

known as “the Dutchess slant.” The women sit with their legs side by side and slightly tilted in one direction. Both Kate Middleton and Princess Diana sat in this position. Meghan is expected to do the same.

Don’t Go To Sleep Before the Queen

There really is no logical reasoning behind this rule. However, it is expected that anyone in the house waits until the Queen is asleep before allowing themselves to get into bed. This is a way of

showing respect. If Meghan is not in the same house/castle as the Queen, the rule does not apply. And now many angsty teens are probably wishing their parents would “respectfully” go to sleep before them.

at the Sandringham House, Queen Elizabeth II’s estate. If Meghan really is like us, then this new tradition might be a bit of a letdown. On the plus side, ugly Christmas sweaters are allowed.

What is a Dissertation Paper in College? How to Succeed in Planning the Paper?

What you should do if your dog has gland problems

How to Start an Online Store in an On-Demand World 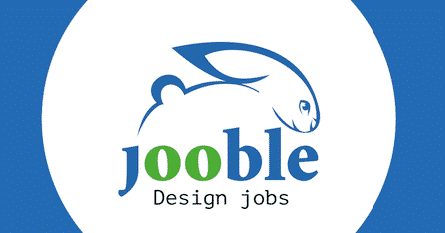