Fox Trapped In A Jar Approaches Team Of Firefighters, Then This Happens

If there’s one thing that everyone knows about firefighters, then it must be the fact that they are willing to put their lives on the line to help others. This is why firefighters are amazing and why everyone should respect them. However, the job of a firefighter doesn’t stop at saving people and it extends to animals too! 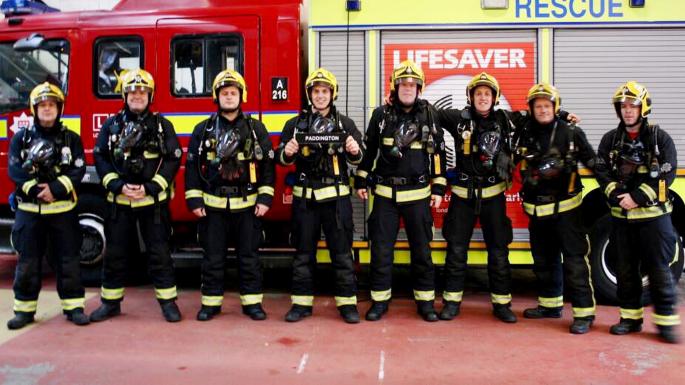 Even though being a firefighter is a risky job, there are lots of brave people who put on the uniform and go put out fires and save the ones in need. Today’s story will show to you that firefighters also do their best to help animals! 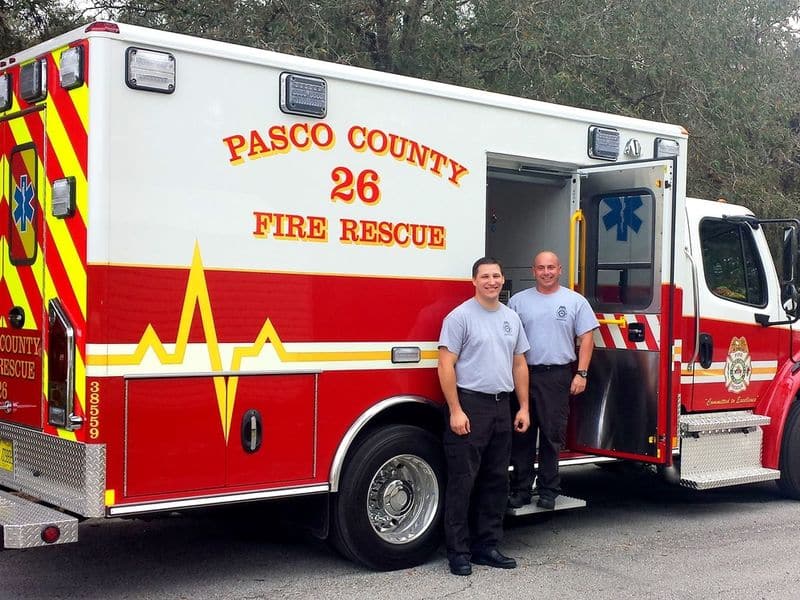 The story that you are about to see revolves around the Pasco County Fire Department of Florida. With that said, let’s check out what this amazing group of people did during one of their life-threatening missions. 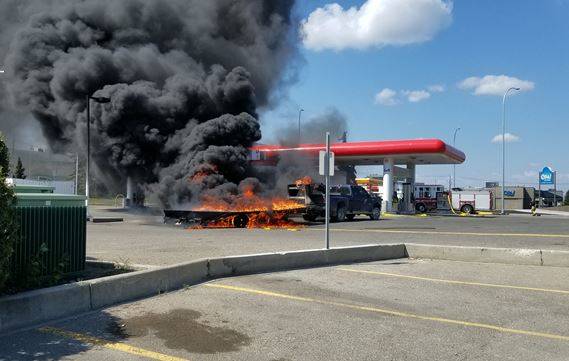 One day, the firefighters were called to a gas station which went up in flames. Little did the firefighters know, something unexpected was going to happen after they managed to put out the fire. 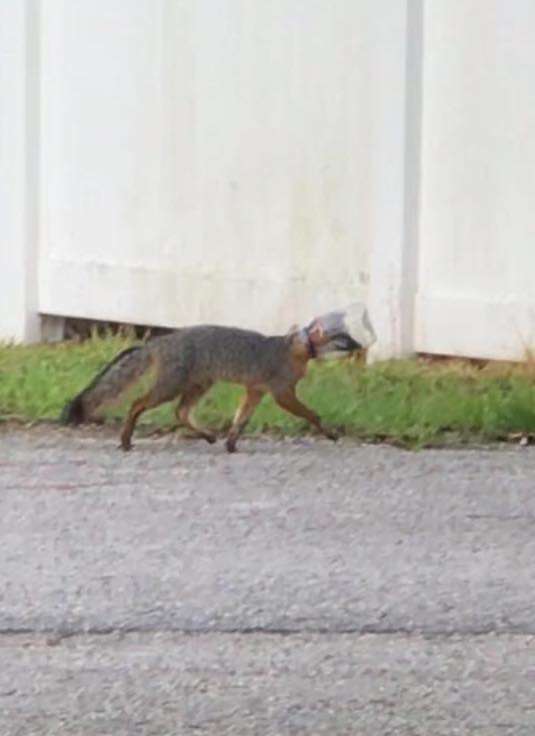 Minutes after putting out the engulfing flames, the firefighters saw something bizarre moving in the background. That odd thing was an animal, but they couldn’t tell what type of animal it was. 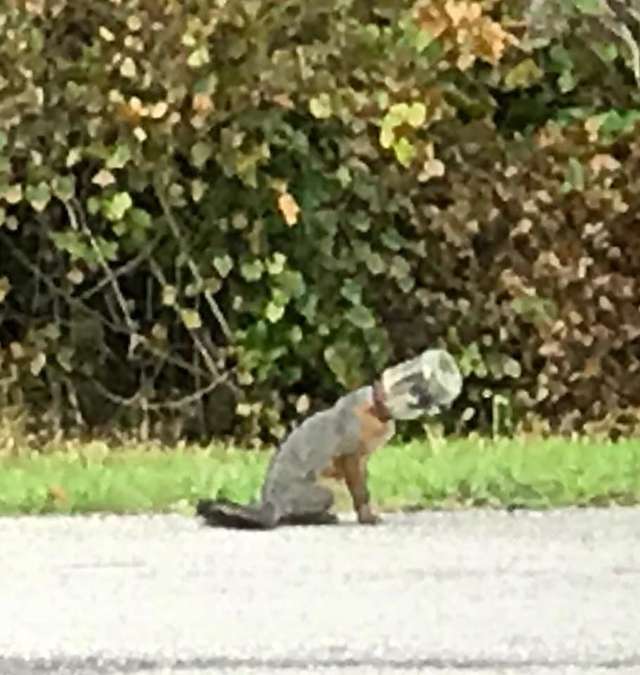 Even though they had no idea what they were getting into, the firefighters proved that they are brave by going to take a closer look at the weird looking animal. 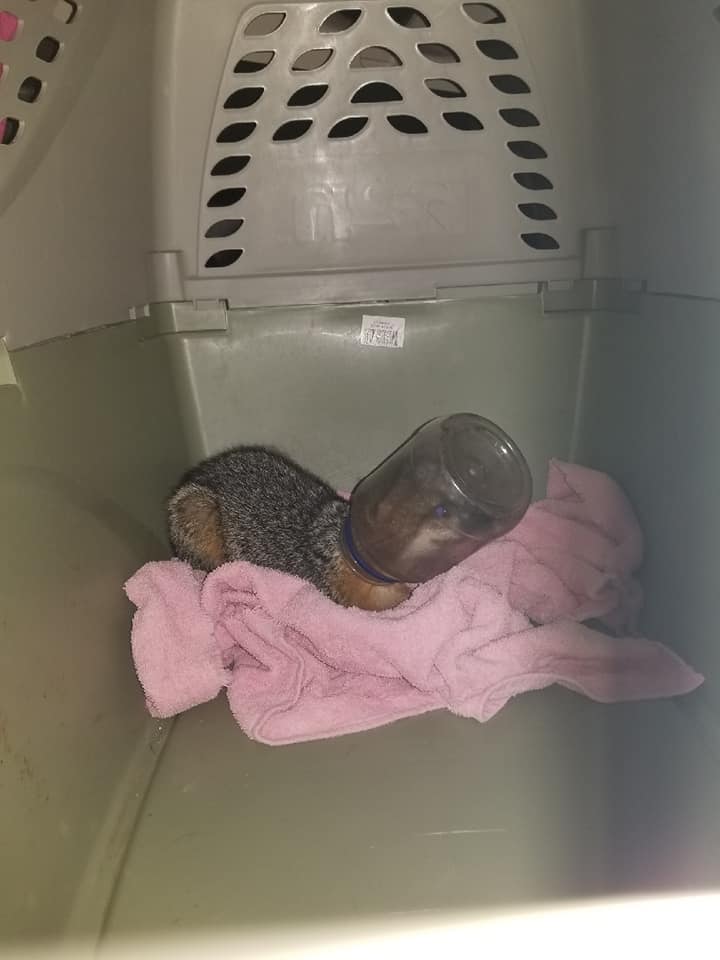 It didn’t take long for the courageous men to catch the strange creature in a box and to see that it’s a fox with its head stuck in a jar. The poor animal must have been hurting! 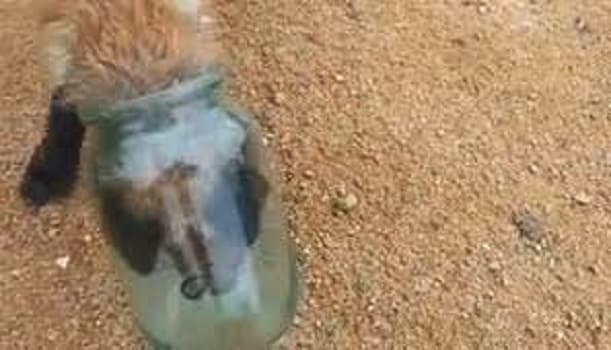 The firefighters knew that they needed to help the fox get the jar off and they started pulling on it. Do you think this worked? 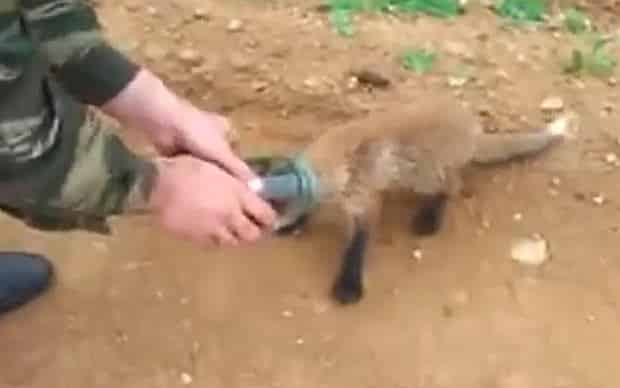 Despite pulling hard, the jar didn’t come off. Seeing this, the firefighters decided to stop pulling on the jar because they didn’t want to hurt the little fox and took it to a special animal care center. 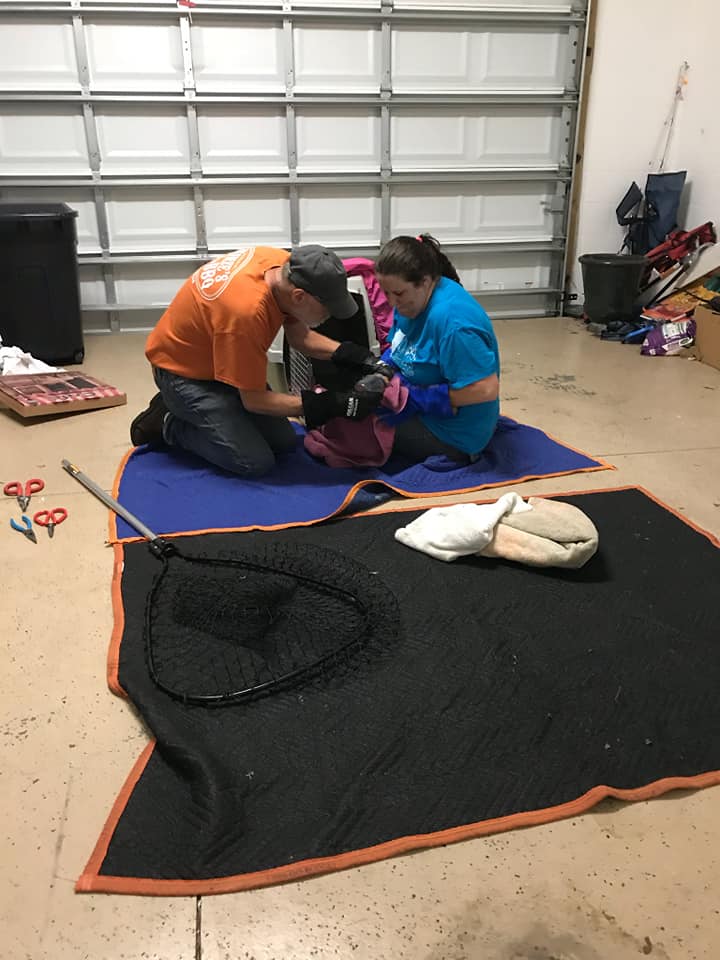 This wasn’t the first time that the animal care center had to deal with this type of issue and the people who worked there knew exactly what to do. The animal care staff rubbed some jelly on the fox’s neck and the jar came off! 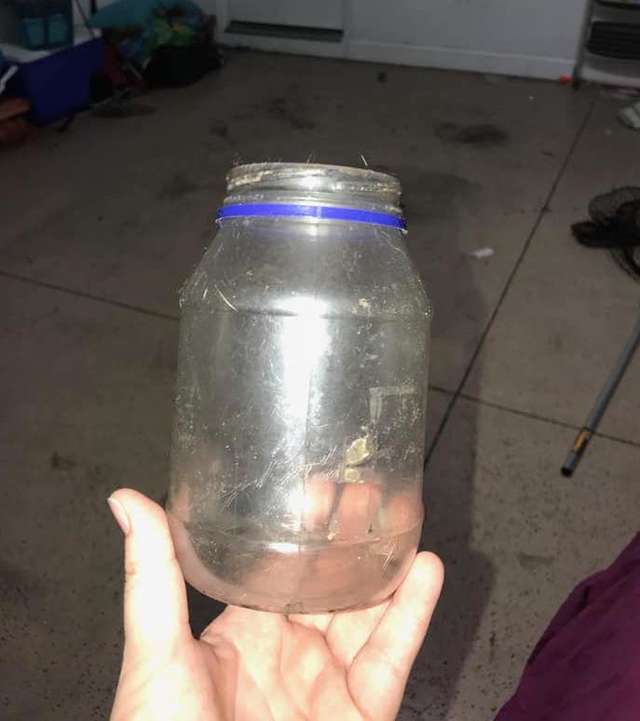 As you can clearly see, the jar came off without any issues. To make things even better, the little fox wasn’t hurt during this entire process. The next picture is so cute that it’s going to make your day better! 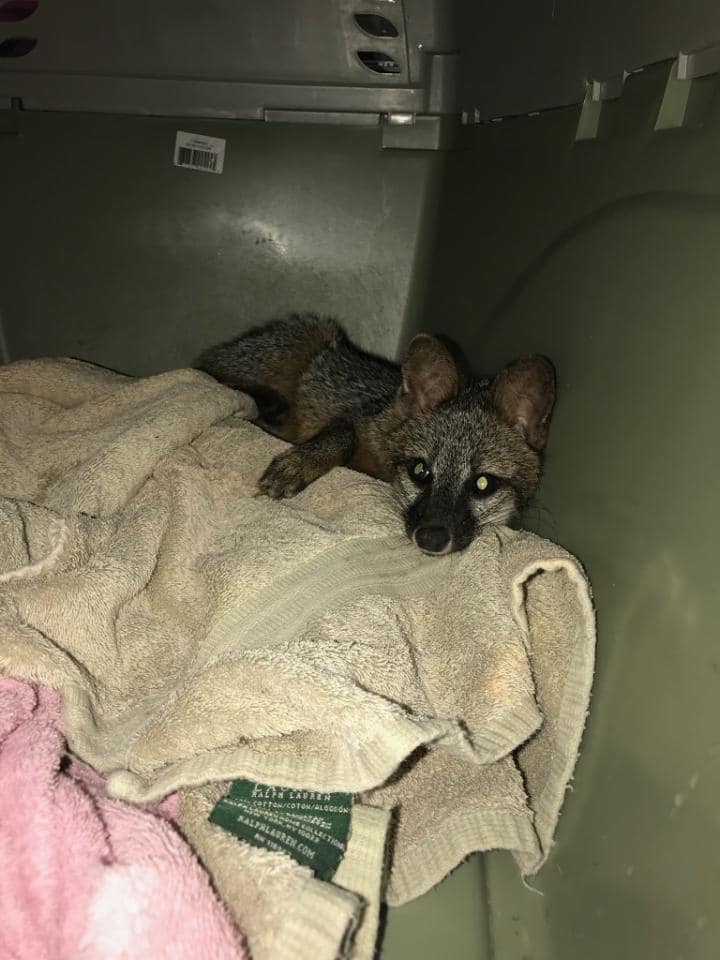 The fox was finally free to eat, drink and breathe without the jar on its head. The animal was super happy and it ran all around the care center. Isn’t this adorable? 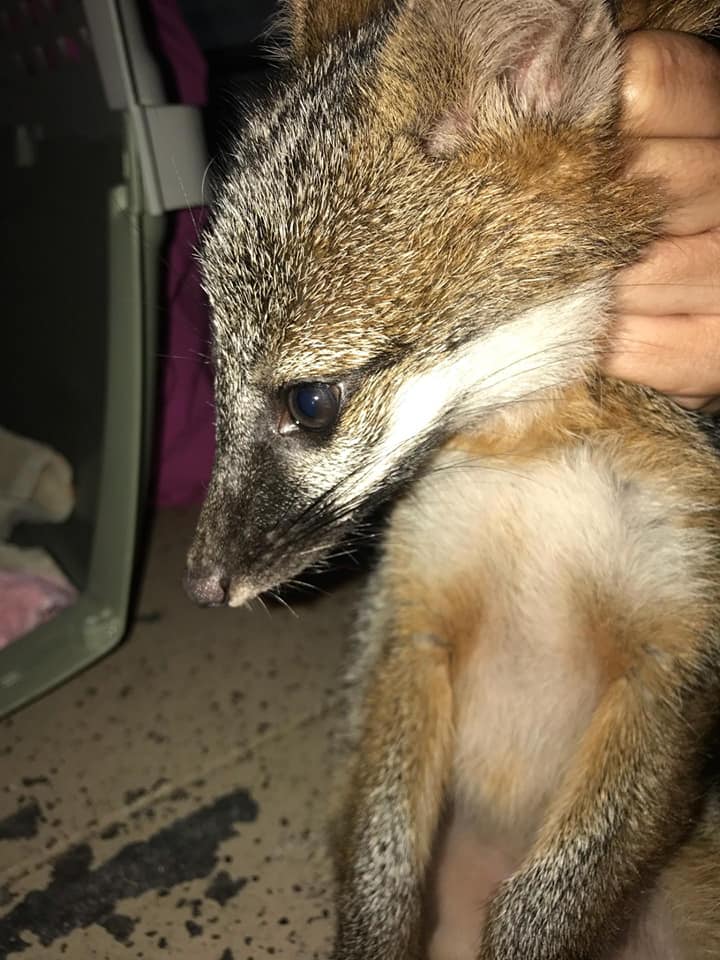 The animal center staff told the firefighters to give the fox a name because they were the ones who rescued him and they named him Merlin. However, this is not where Merlin’s story ends. 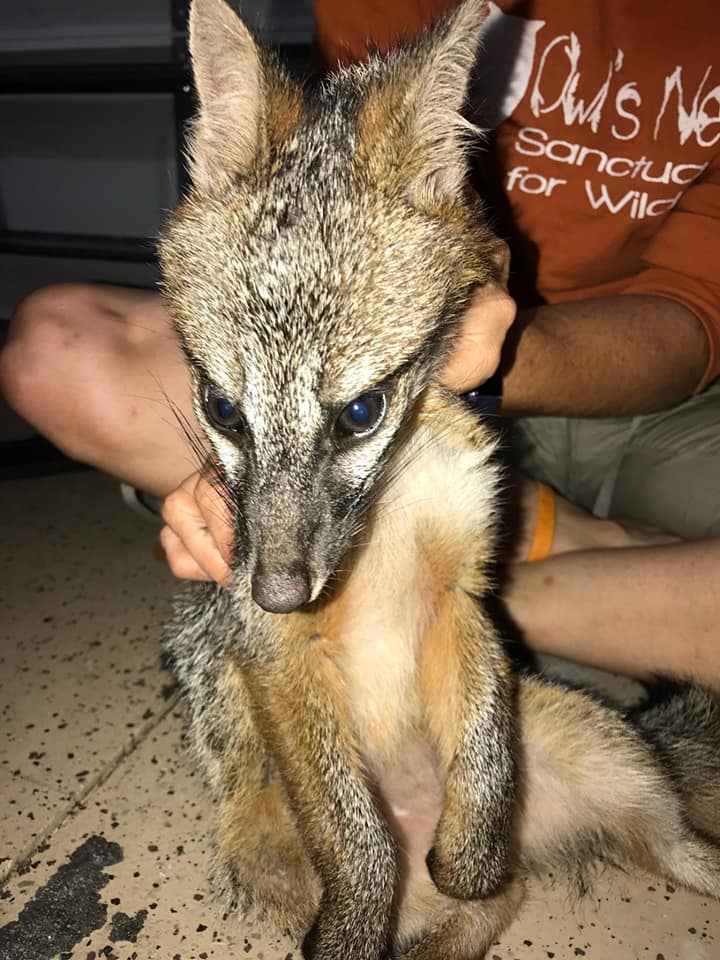 Merlin’s life was in danger, but he was finally safe and ready to live a healthy life. Who knows what would’ve happened if the firefighters didn’t help him out? 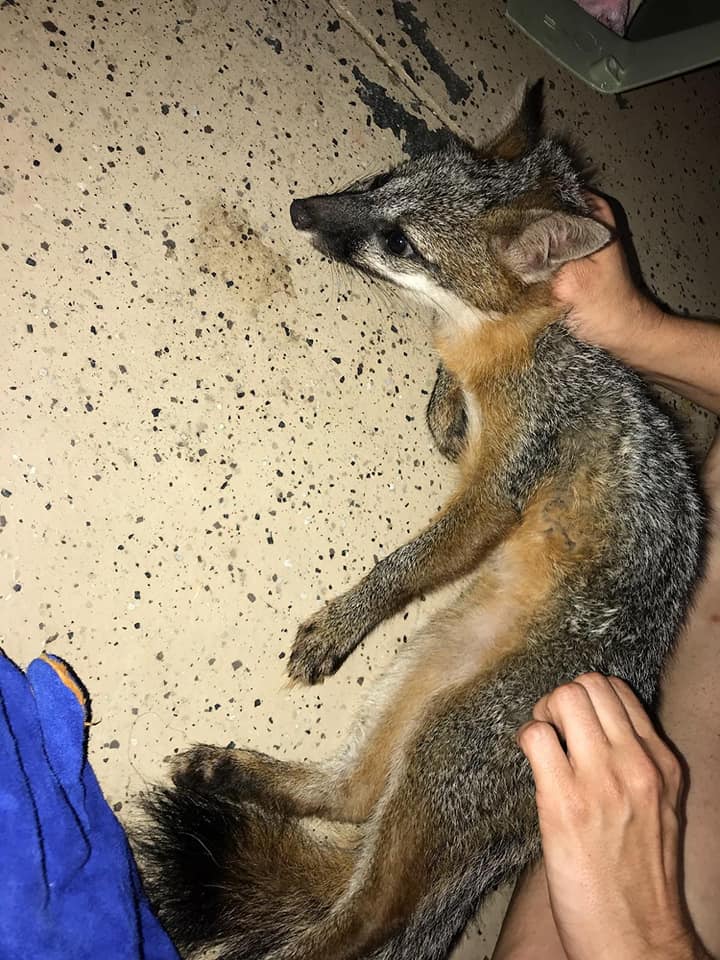 Merlin tried to get the jar off by himself and scratched his neck while doing so. Therefore, the people who work at the animal care center decided to give the little fox a neck massage to make him feel better. 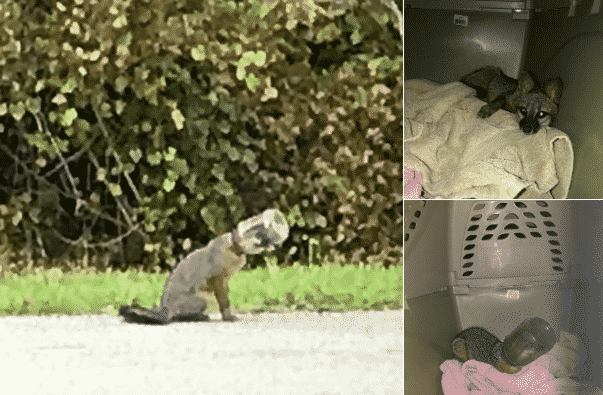 The little fox got lucky to cross paths with the firefighters who were on a mission. Fortunately for Merlin, he became a permanent resident at the animal care center and you won’t believe how beautiful he looks now! 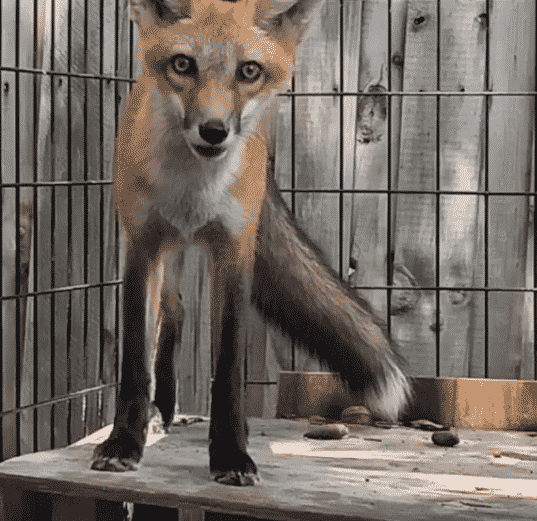 This is how much Merlin grew after living a couple of months at the animal care center. Isn’t it incredible how big a difference eating some healthy food does to a fox? 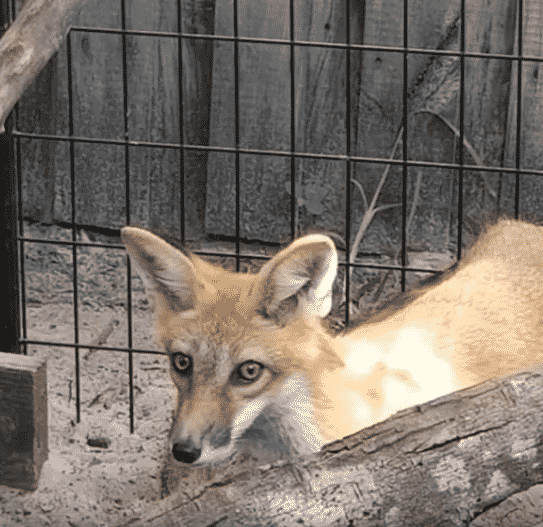 Merlin is now living carelessly at the center and he gets to meet and play with other foxes. Merlin is living the dream life and it’s all thanks to the firefighters. 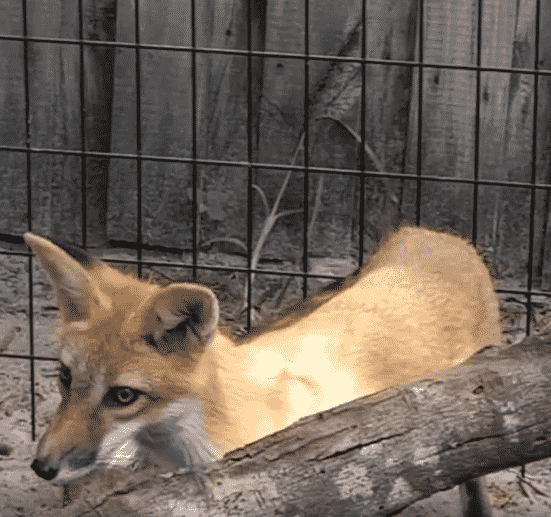 The fox receives special care at the animal care center and he gets to eat as much delicious food as can. Things get even better than this since there are lots of foxes there and Merlin loves to socialize with them. 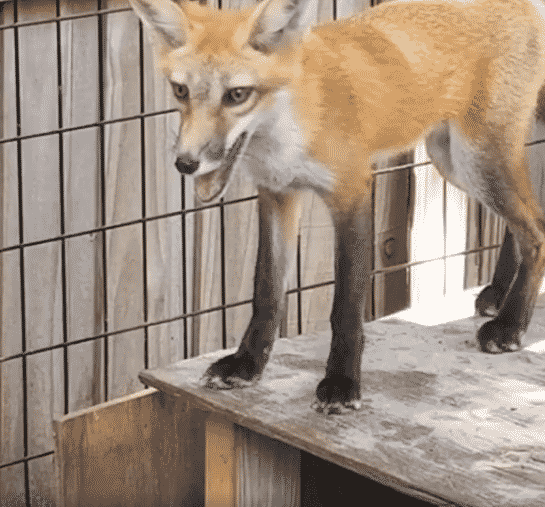 I don’t even want to imagine what would’ve happened if the firefighters didn’t help Merlin with the jar. The poor fox would’ve suffered a grim faith if the jar stayed on its head for a longer period of time. 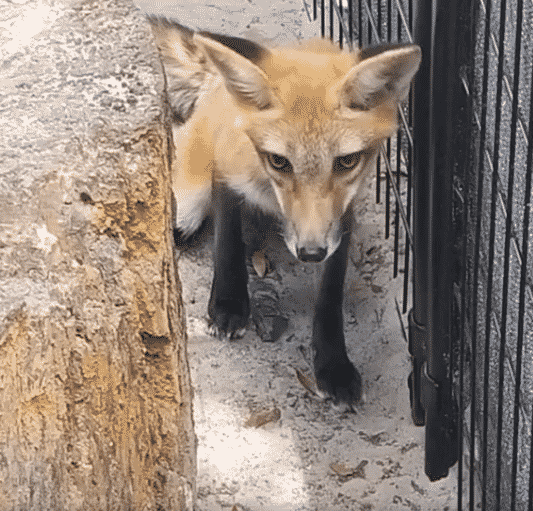 The poor fox only wanted to eat something from the jar because it was starving, but he got his head stuck instead. The fox got lucky and is now living in a special place where he gets to eat all the food he could ever want.