Â Back in 2012, a team from Germany built an idea which went viral. A team of design students had a concept to build aÂ Crosswalk which Lets You Play Pong With A Stranger On The Other Side, this dream was finally realized and was fitted into a crosswalk which featured a pretty cool electronic ping pong game. Lucky pedestrians inÂ Hildesheim, Germany, can now spend their time playing ping pong with a stranger on the other side of the road as they wait for the green light.

This sensational project idea is calledÂ Streetpong (also known as Actiwait) and was created byÂ Amelie KÃ¼nzler, Sandro Angel, and Holger Michel. These students are studying interactive design at HAWK university. The game is now in working order and entertains hundreds of pedestrians daily inÂ Hildesheim (Google Maps). They are hoping to spread the fun invention throughout Germany and even the world! 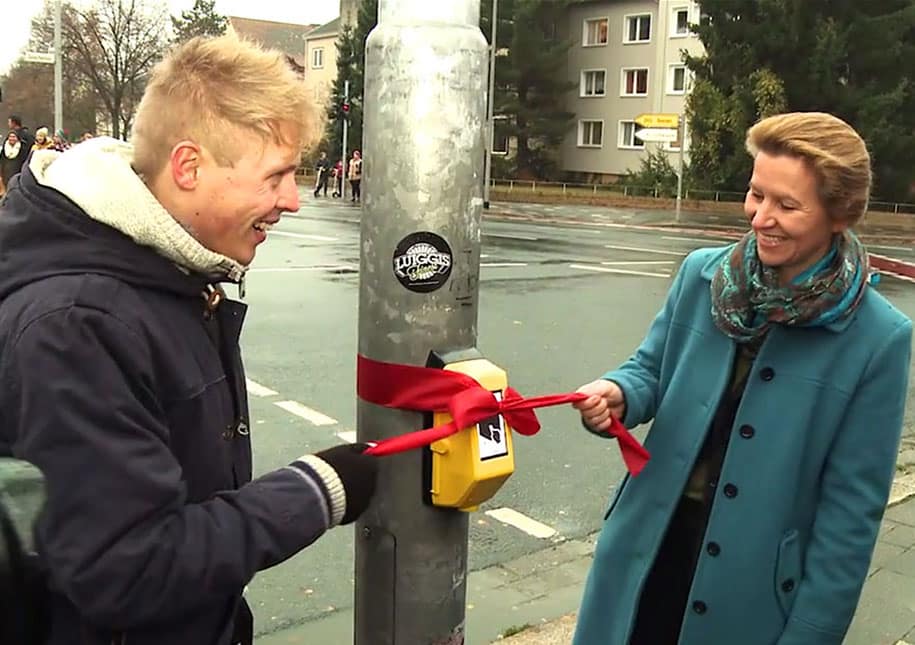