Man Rescues Adorable Puppy From Puppy Mill, Now She Has The Best Life Ever

If any of you have ever gone out looking for a dog or have friends with pets, we can bet that you’ve heard the phrase “Adopt, don’t shop.” When this poor puppy was rescued from a puppy mill she was in horrible conditions. However, through some serious TLC, she’s made an amazing recovery. 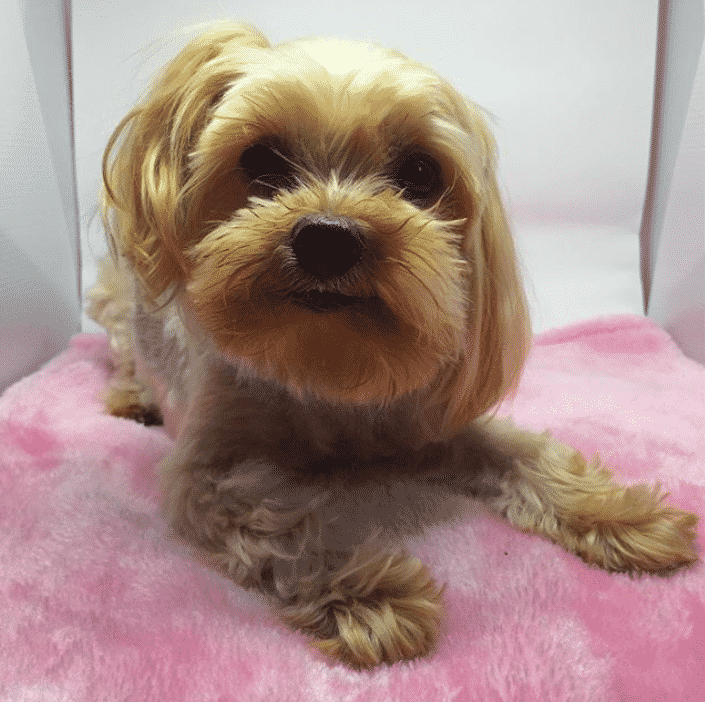 For those of you that may not know what a puppy mill is, it is an establishment that breeds puppies for sale. While this may not sound bad, the conditions that many puppies live in are horrendous. 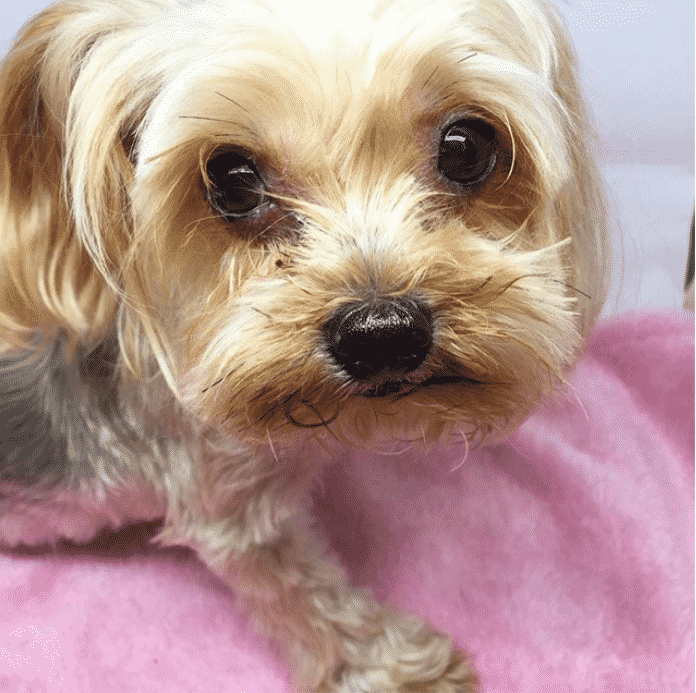 Puppy mills have been deemed as inhumane and this is due to the fact that many of the puppies are not treated well. They often live in terribly small cages, are not taken care of, and the females are expected to breed nonstop. 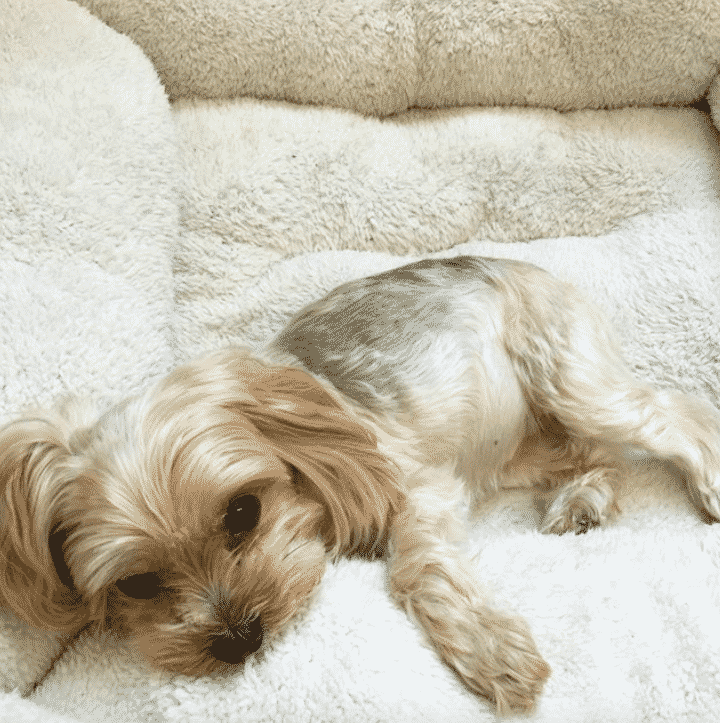 Profit is often more important than the general well-being of the dogs and that is why many people opt to adopt from shelters instead. When you adopt from a shelter you are giving a homeless dog some amazing love instead! 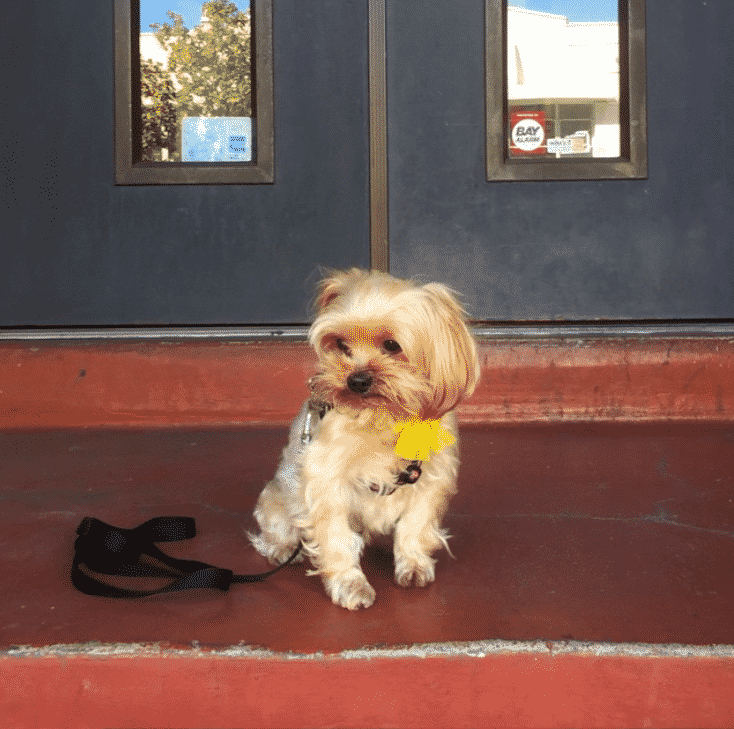 One little puppy named Roo the Yorkie Poo started off her life in a puppy mill in Hong Kong. She had no idea that there was any other life outside of the puppy mill and she suffered greatly there… 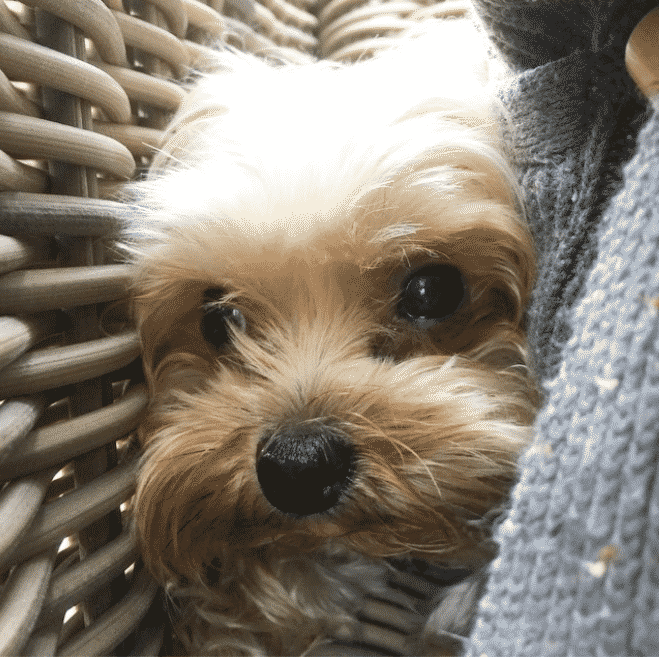 Roo was being used to breed tons of litters of puppies. Since she is a blend between a Yorkshire Terrier and a Poodle, the breeders used her to create tiny puppies that they could then sell. 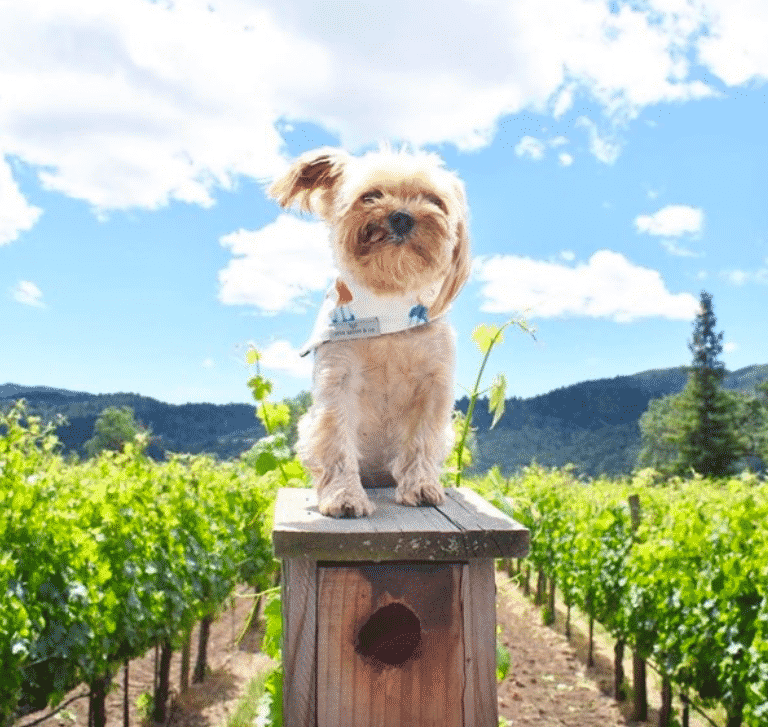 Roo’s life was very hard and all she did was give birth to litter after litter. However, one day, her situation changed completely… 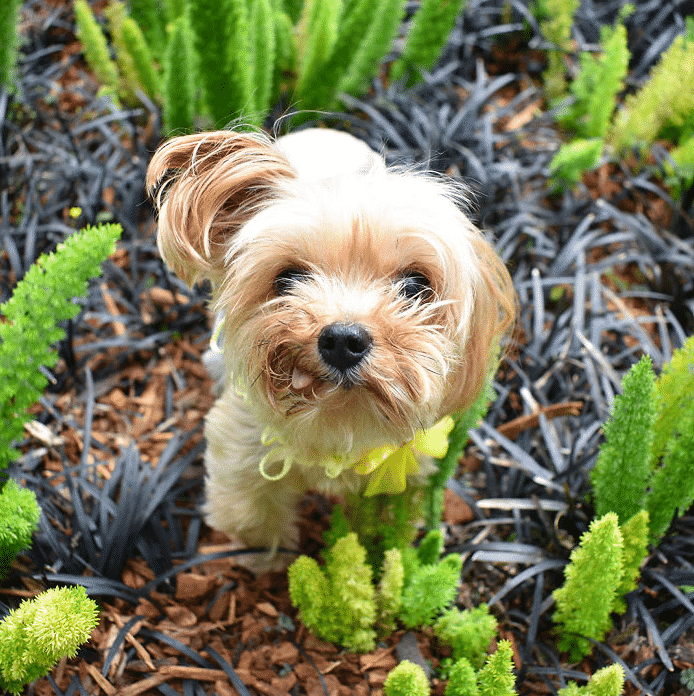 Finally, one day she was rescued by some very kind humans who couldn’t see her living in such horrible conditions. So they stole her away from the puppy mill and instead brought her to Vancouver, Canada.

Roo was finally saved from the terrible living conditions at the puppy mill. It was a great thing that her new owners did. However, things still wouldn’t be so easy… 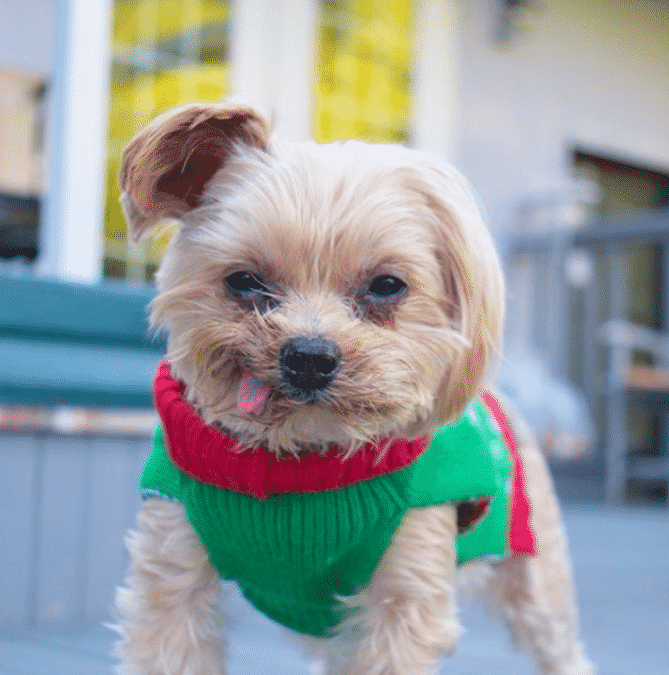 When her owners rescued her, they immediately noticed that she was having a problem with her left ear. It was apparent that the ear was infected so they brought her to the vet. 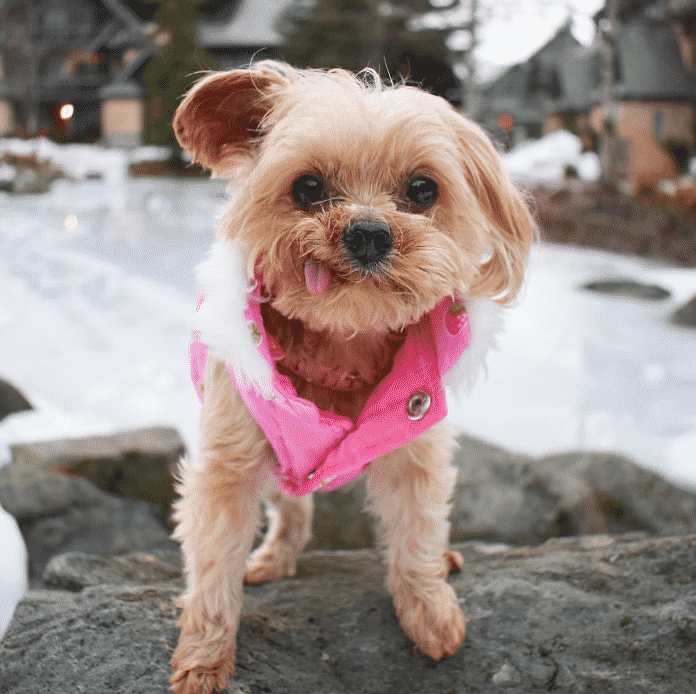 Unfortunately, the vet didn’t have good news about Roo’s ear. He would have to remove it because of how infected it had become. The owners assumed that the ear had gotten so bad due to being tagged. 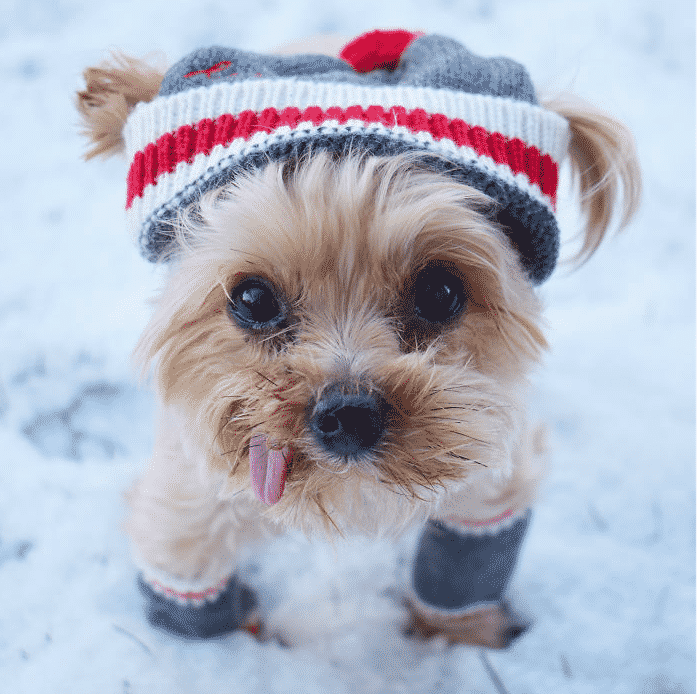 There was also another dilemma facing them all. Roo also had a bunch of missing teeth! However, her owners soon realized that the missing teeth didn’t impact her ability to eat, thankfully. 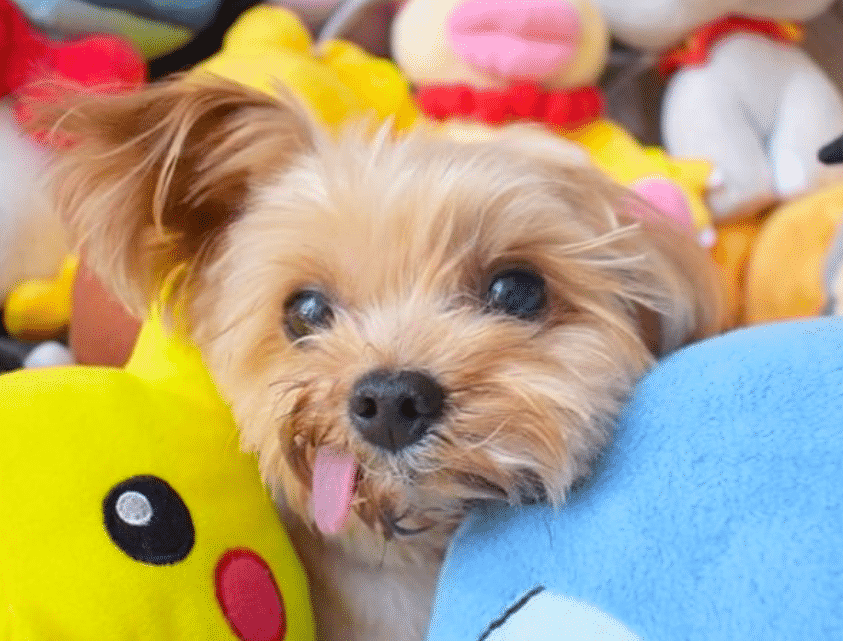 Despite having lost an ear and having missing teeth, Roo is still just as happy as she could be. She seems to be eternally grateful to her owners for rescuing her from such a terrible living situation. 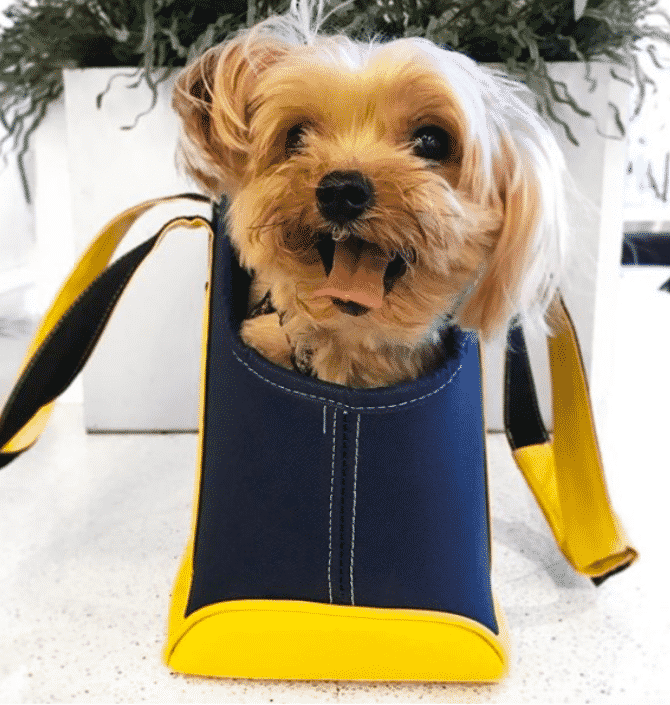 Not only is Roo living a happy life in Canada, but she has also been traveling quite a bit. Her dad loves to take her with him on his travel adventures. She makes for the best travel companion! 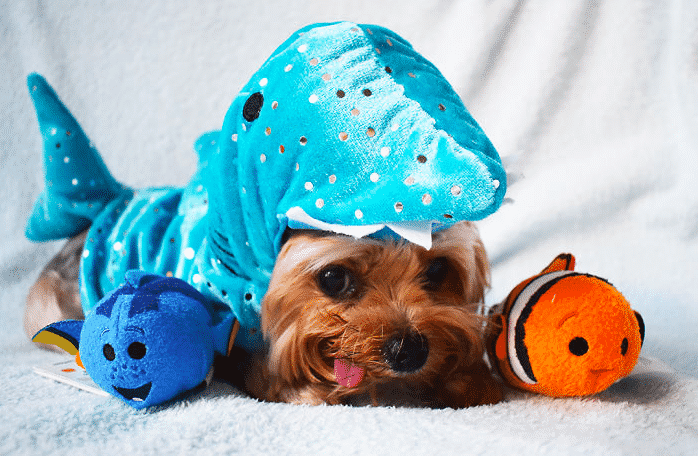 Since Roo has such a sweet and signature look, her owners decided to share her cuteness with the world. So they created an Instagram account for her where they post daily updates from her life. 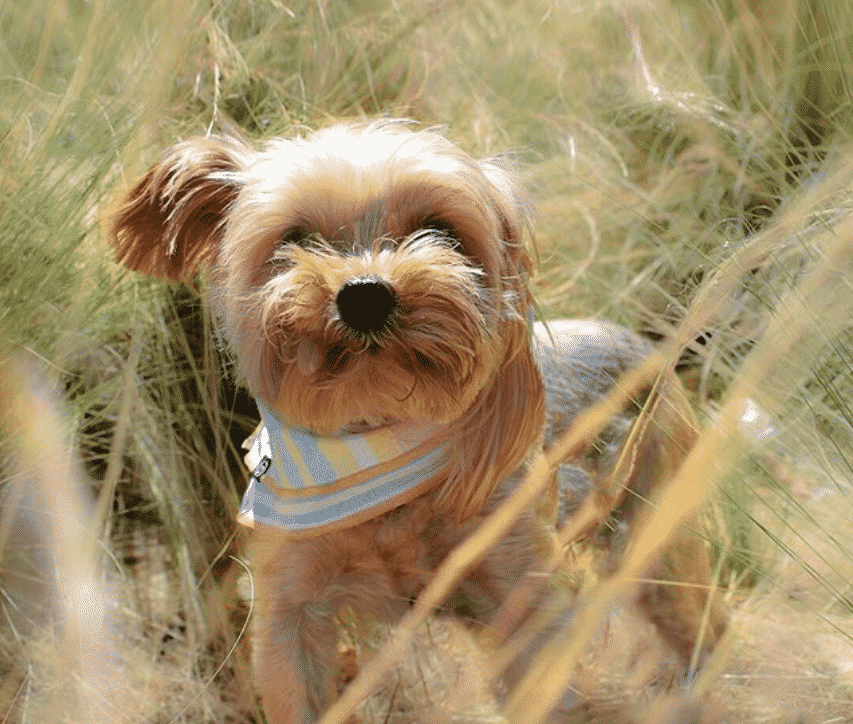 The account’s followers has been steadily growing. They currently have 16.3k followers on Instagram. Followers of the account love getting updates from Roo and her silly shenanigans. 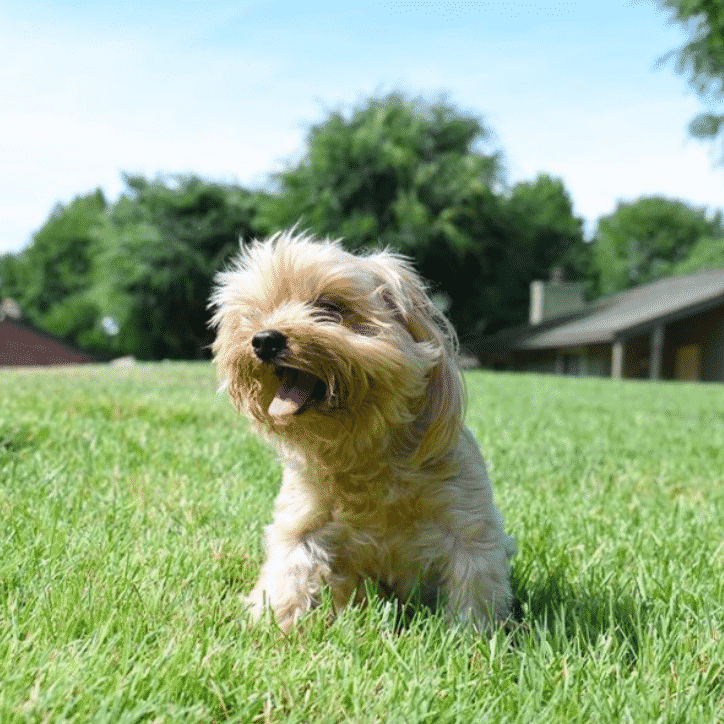 Roo always looks so happy in all of the photos taken of her. Her happiness is clearly contagious because all of her followers comment on how she is too awesome for words!

Roo has always gone on quite a few adventures lately. Her latest ones have been traveling through California with her dad. She has had quite the thrilling time! 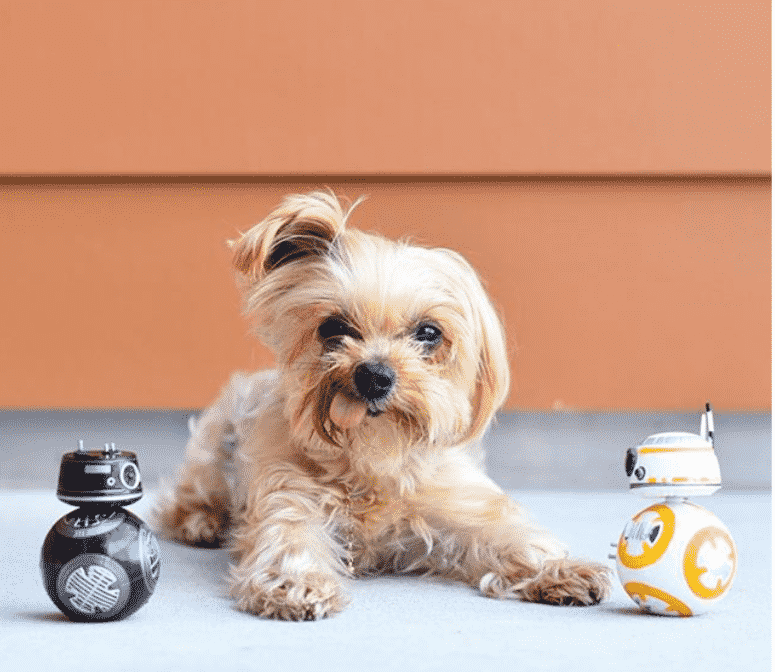 Roo’s comment section is also filled with some of the most uplifting and positive comments as well. “As always, looking so cute!” one user writes. “You’re so lovely Roo!” from another user. 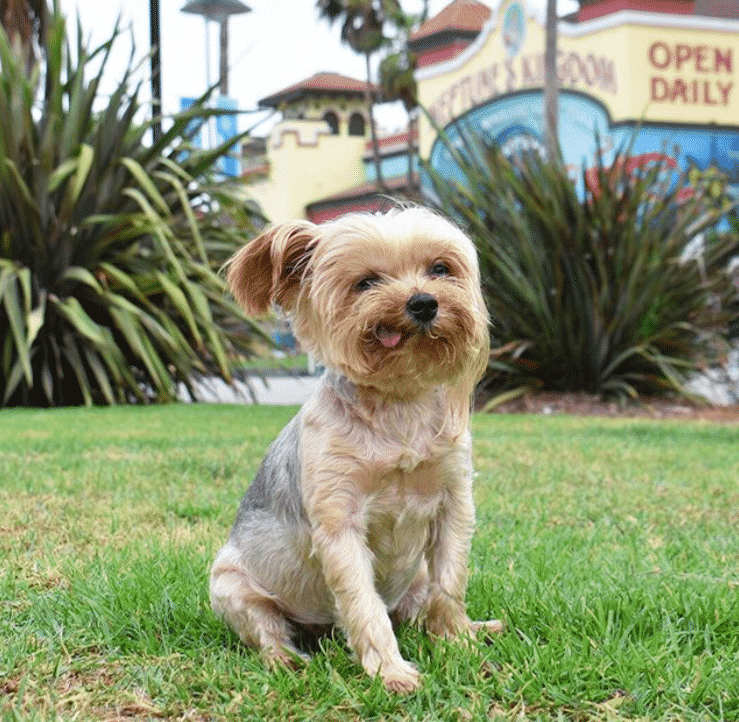 Roo’s life has improved greatly since she been rescued from Hong Kong. It is no wonder that this little Yorkie Poo is always smiling! 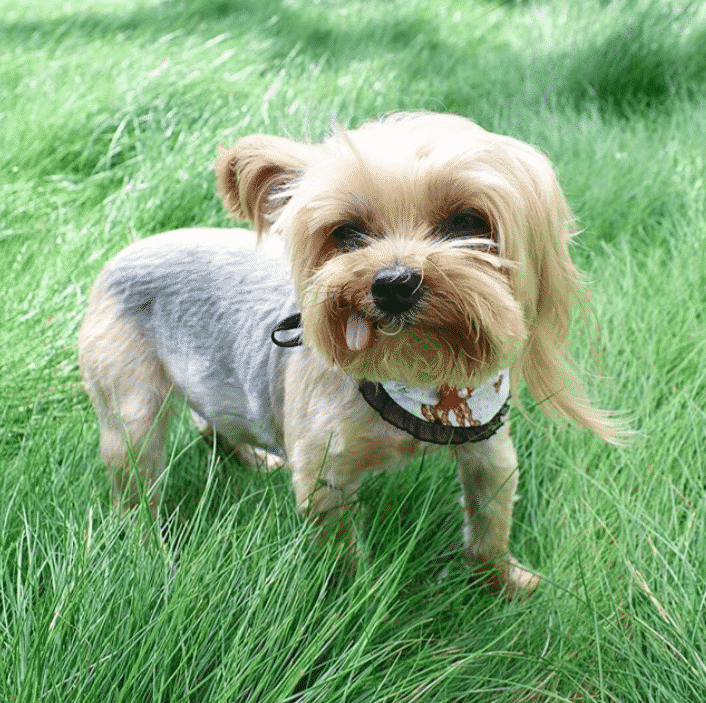 Roo’s signature dorky look with her tongue sticking out has won over many hearts. Roo is incredibly loved and is ecstatically happy.