MeetÂ Matilda, the cat with mysterious alien-like eyes. At first glance you may think these photos have been Photoshopped – but you’d be wrong. This 2-year old tabby is a very special cat, she was rescued from a hoarders home and was adopted by her family at only 12 weeks of age.

Back then Matilda didn’t have any problems with her eyes, they looked completely normal besides Matilda squinting from time to time. Seeing the vet several times for her enlarge pupils, they concluded that the cat and her siblings were effect by len luxations, a condition which leads to the lens detaches from the rest of the eye for an unknown reason.

Sadly Matilda’s lenses both detached resulting in loss of vision. But Matilda doesn’t let this get her down, she’s just like any other cat and loves all the attention she’s getting. Her owner says:

She also loves tissue paper, cardboard boxes, and her scratching post. She likes to make the dog uncomfortable by walking too close to his face,” her owner told People. “She loves to eat and will cry like the world is ending if her dish isn’t full. 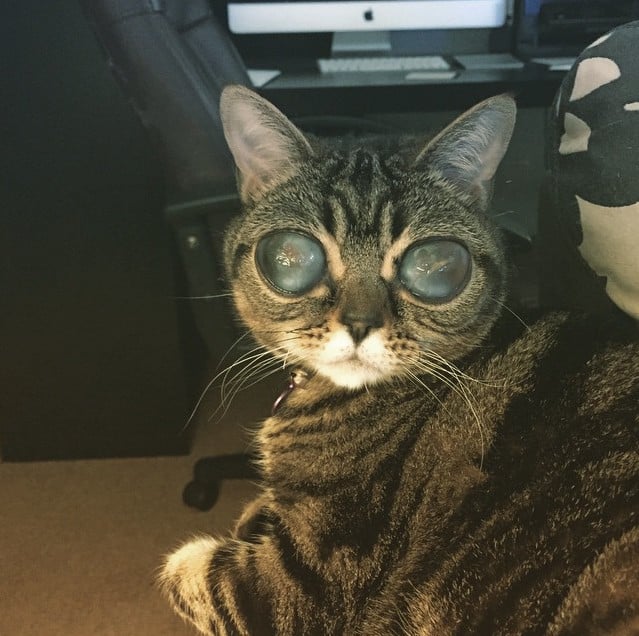 Yes, those are her real eyes. 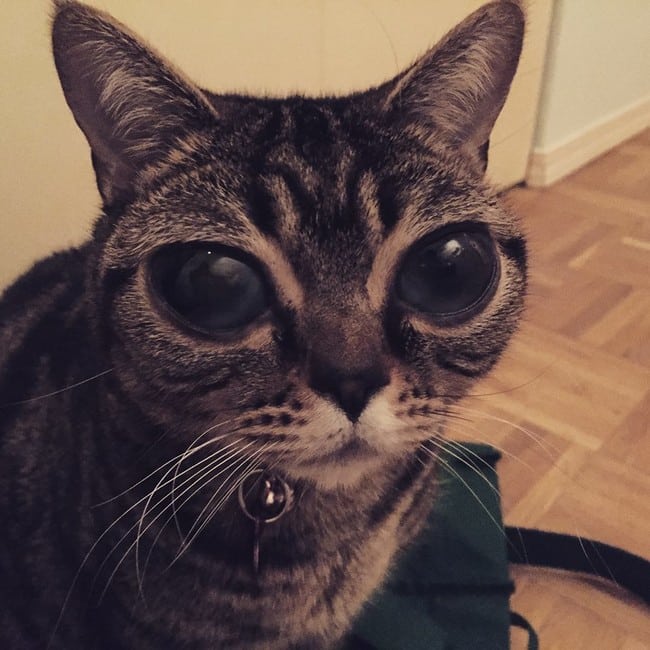 Matilda has a rare genetic condition that caused the lenses of her eyes to detach completely. For reasons that are currently stumping veterinarians and specialists, it seems to have caused her eyes to grow in size.

As of now, no one knows what exactly is going on with Matilda, or why her eyes have begun growing like this. 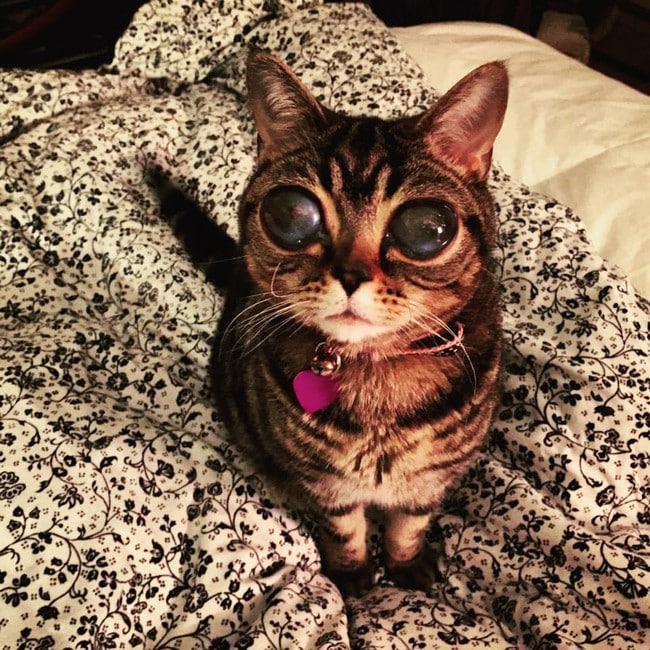 Her humans have been monitoring her behavior. Luckily, Matilda’s actions and habits suggest that she’s living pain-free. She acts just like your average kitty. 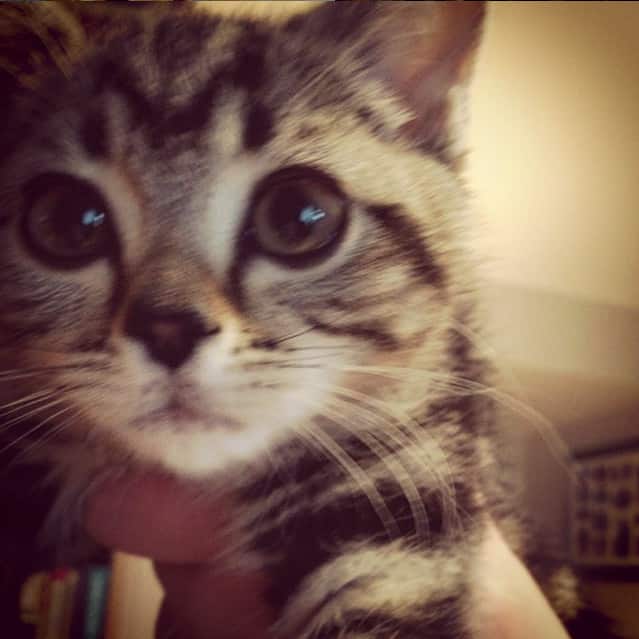 Back when she was adopted in 2013, she was a very normal-looking cat. One day, her pupil enlarged and stayed that way for several minutes. By the time she arrived at the vet’s office, it had gone back to normal. When it happened again, Matilda’s humans took her to a veterinary ophthalmologist.

This is how it all started. 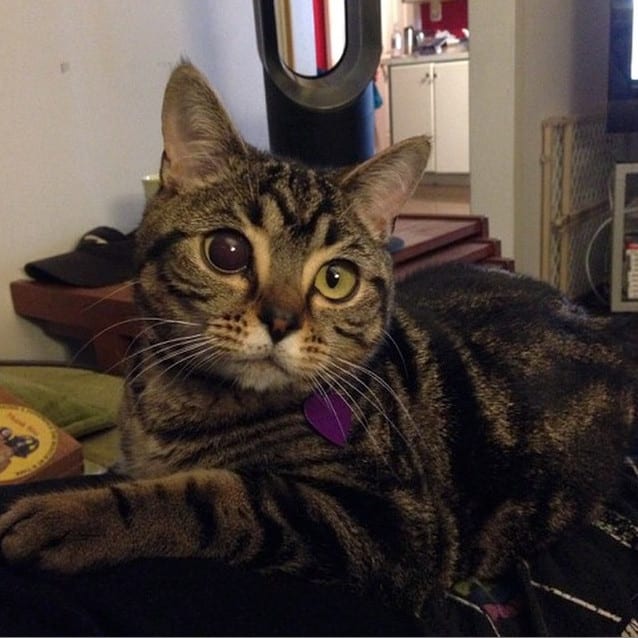 They considered having Matilda’s lenses surgically removed, but decided not to go through with it. The genetic disorder that causes the lenses to detach also causes a collagen deficiency, meaning that recovery from the surgery could be complicated.

Even though she looks like an extraterrestrial, Matilda is a normal cat. 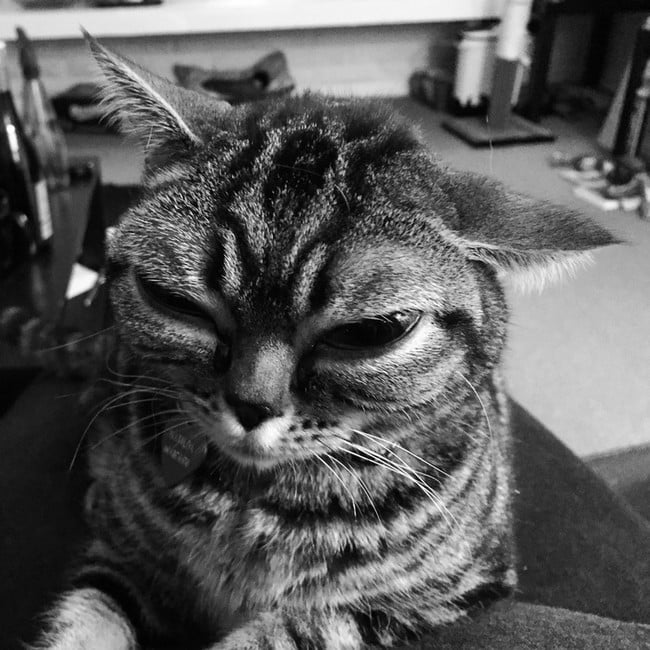 Her family pays close attention to her appearance and behavior to make sure nothing is wrong. In reality, though, Matilda will eventually have to undergo surgery. This comes with the possibility of her eyes being removed completely. If her eyes keep growing, serious complications could arise, but Matilda is already mostly blind. Losing her eyes wouldn’t have a huge impact on her day-to-day life.

For now, the world can appreciate her strange brand of cuteness. 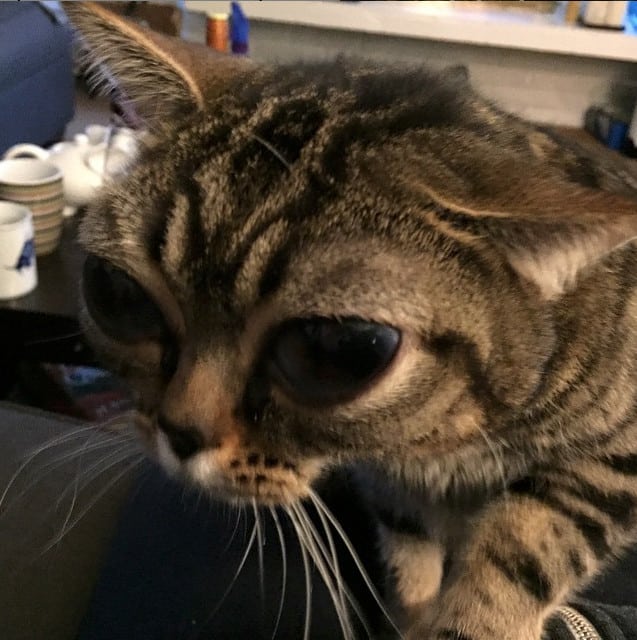 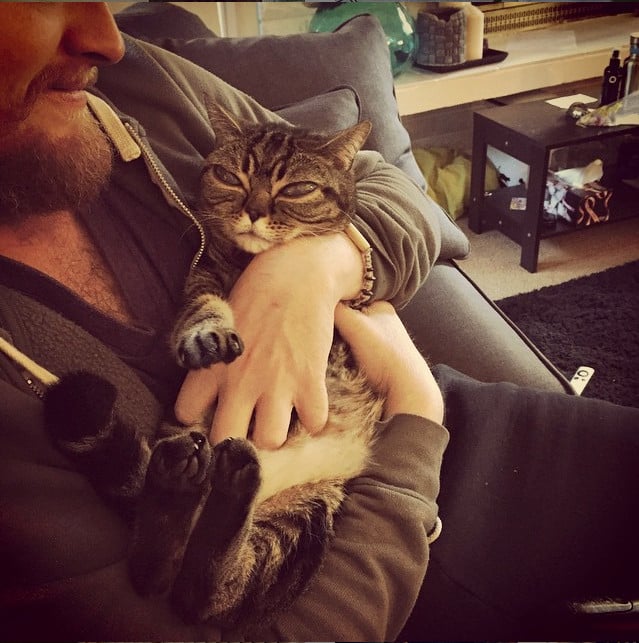 But she likes having a little personal space, too. 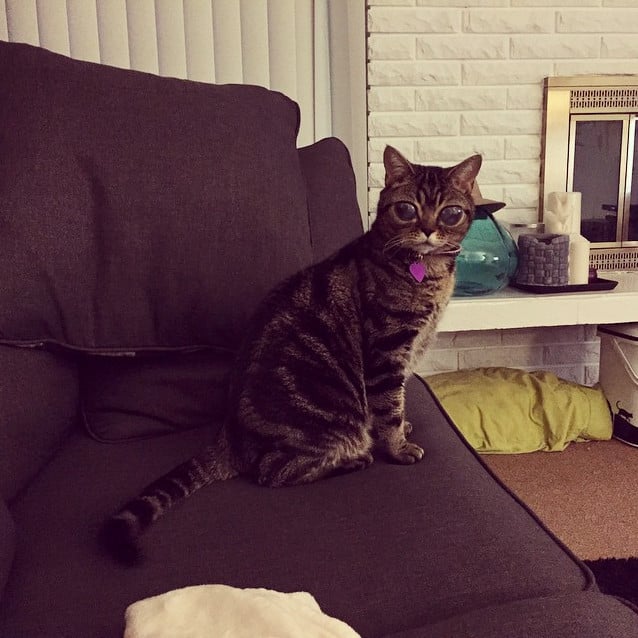 Even though she can’t see, she still likes exploring the outdoors. 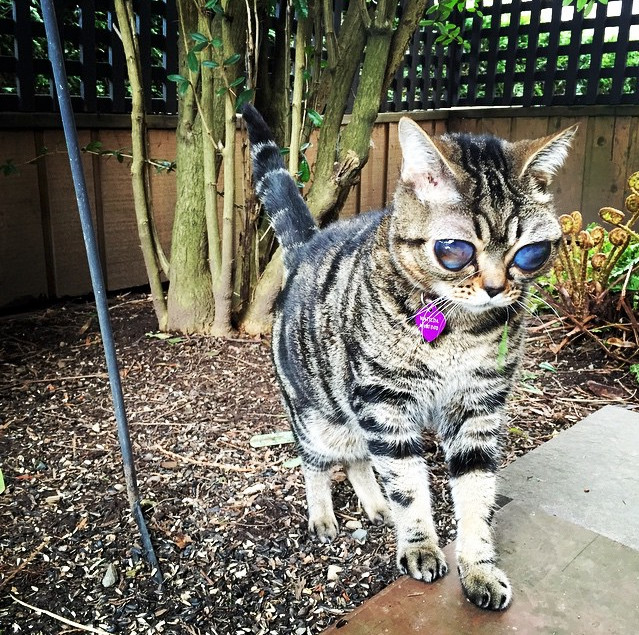 Her eyes are cloudy, but she does not have glaucoma.