Officer Matthew Hickey had dedicated over 30 years of his life to being a cop and has served his community well. Finally, it was time for him to retire but there was something holding him back. You won’t believe how his community gathered together to pay him back for his many years of service. 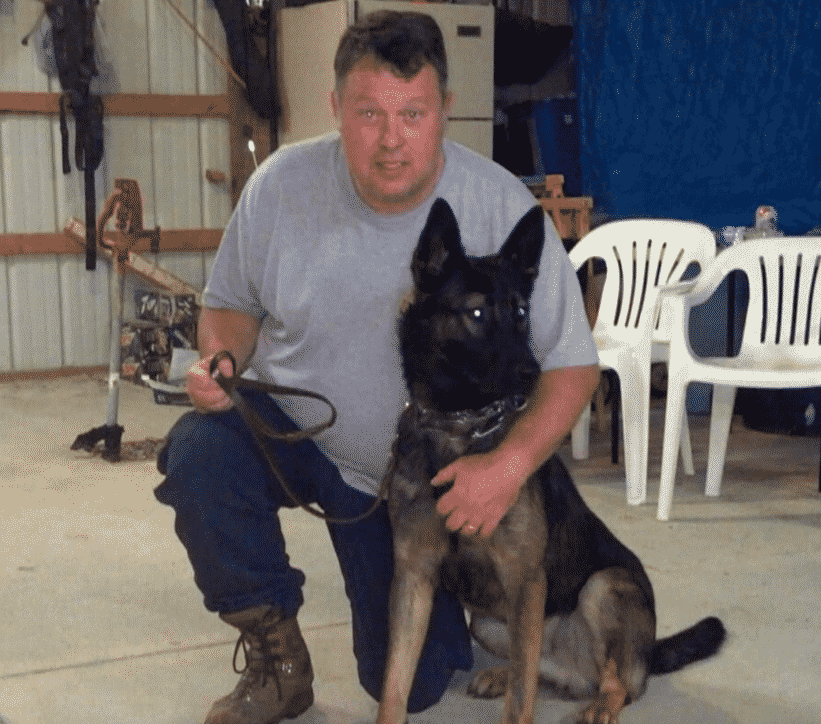 Officer Matthew Hickey has been a part of the Marietta, Ohio police force for the past 30 years. He devoted his life to the police force and loved being able to serve his community! 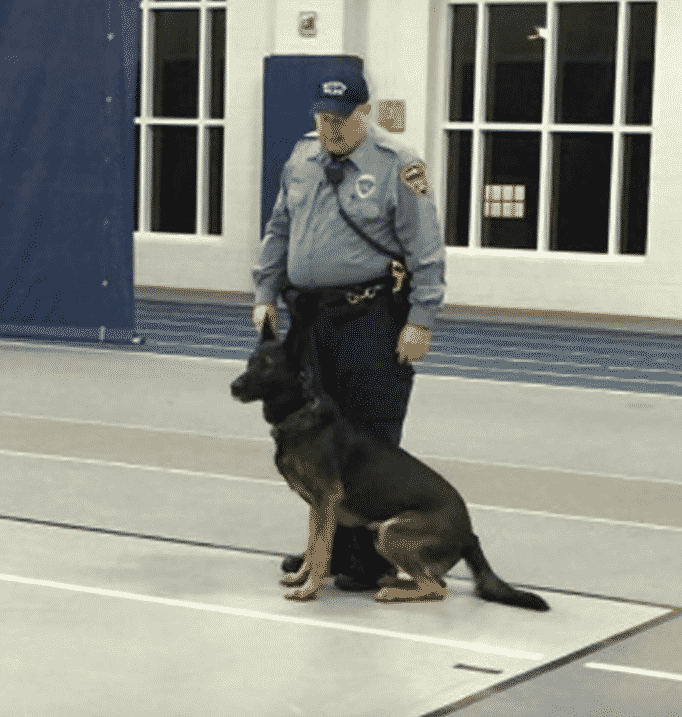 Finally, after over 30 years at the age of 57, Officer Hickey decided that it was finally time to retire. He wanted to spend more time with his family and finally take a break after dedicating so much time to his work. 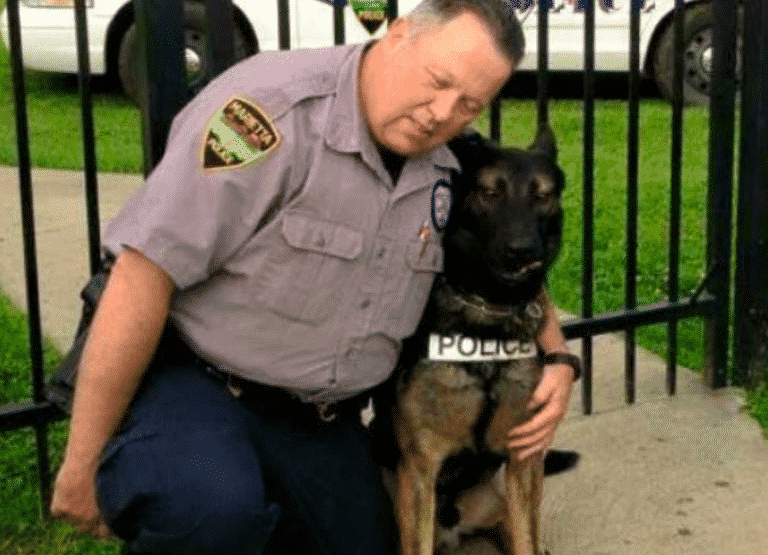 When he made the final decision to retire, Hickey also made the decision to take his best pal with him. His pal happened to be his trusty K9 partner named Ajax. Hickey planned to purchase Ajax from the city of Marietta. 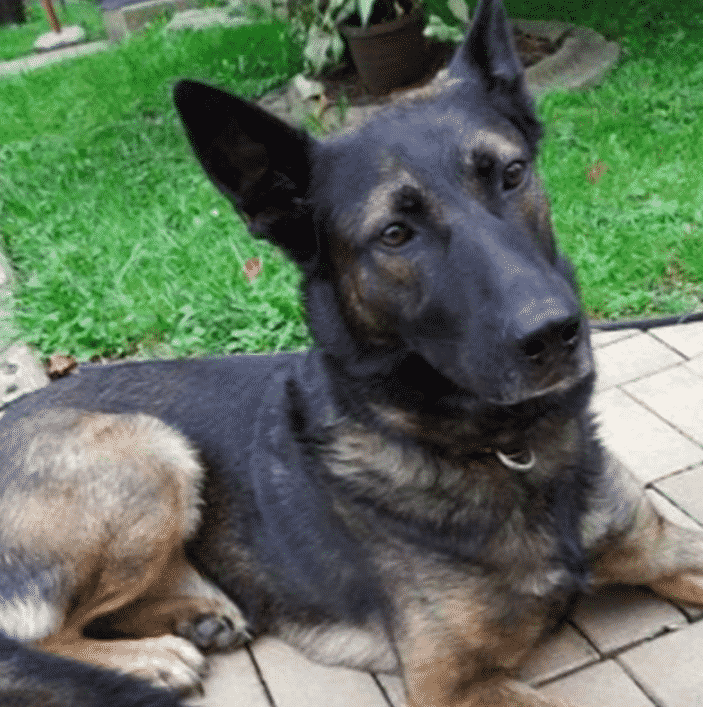 Hickey got started on the process of purchasing Ajax from the city, however, it turned out to be a far more complicated process than he originally thought. You won’t believe just how complicated in fact! 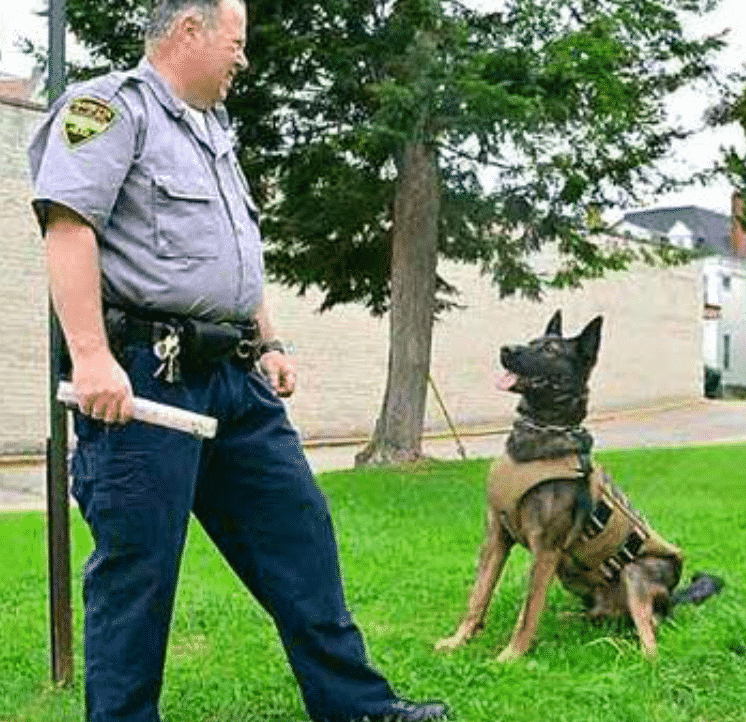 When police dogs finally retire, their handlers are allowed to purchase them for one dollar. However, Ajax wasn’t old enough to retire. In fact, he was only 6-years-old and was still on active duty. 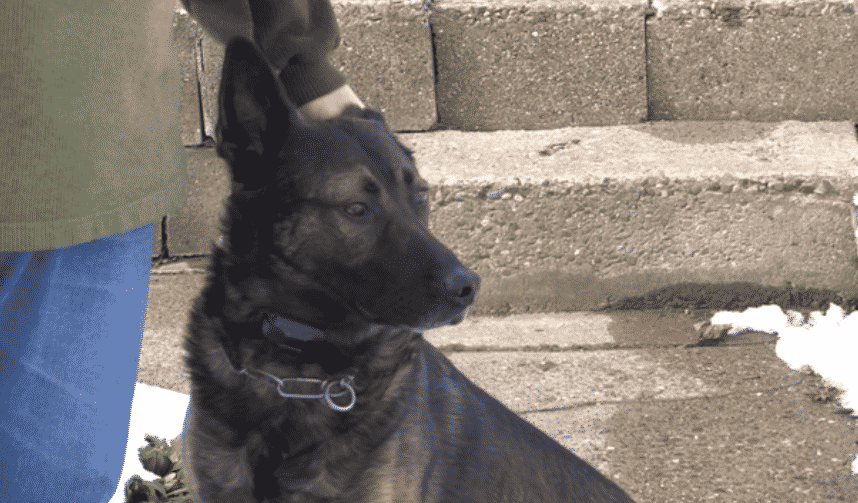 Hickey figured that he would have to pay more for Ajax, however, he had no idea just how much more it would be. When he spoke to his police chief, Hickey learned that the price would be an astonishing $3,500. 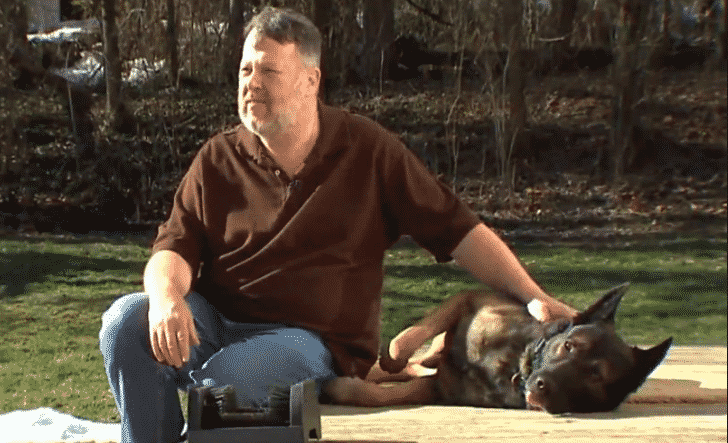 While Hickey was contemplating the new price set on Ajax he was soon hit by a new problem. It seems that city officials weren’t going to allow Ajax to be sold off to Hickey at all. Instead, they had completely different plans…

City officials decided that instead of selling Ajax to Hickey they would put him up for auction. He would go off to the highest bidder instead. This was devastating news to Hickey. 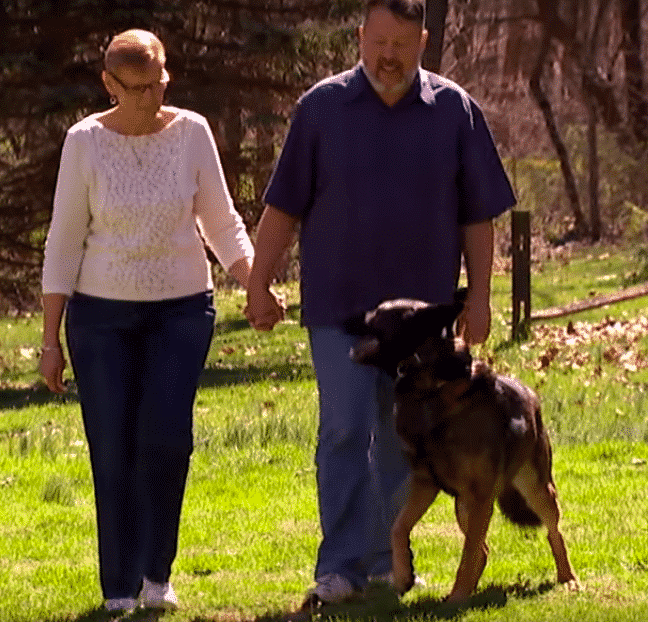 When Hickey and his wife Sandra heard about what the city officials were planning on doing they became infuriated. “That just sounds so wrong to me, to auction off a living, breathing thing, like you would a desk or a chair,” Sandra Hickey told Crime Watch Daily. 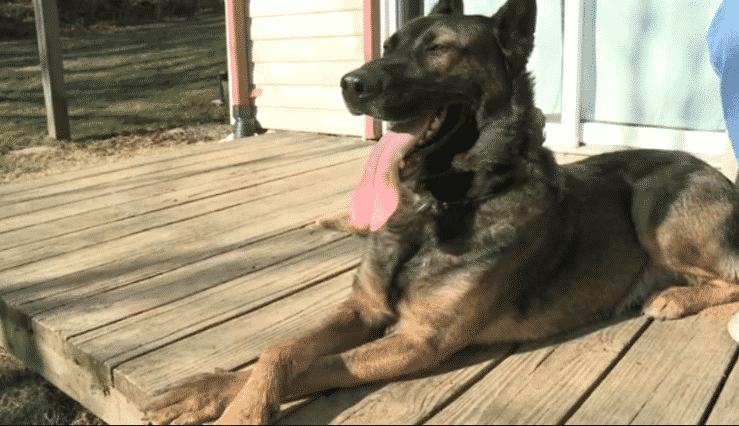 Hickey soon shared his concerns with a close friend. Hickey’s friend was outraged and decided to share the story on Facebook to bring more awareness to the situation. Soon a Marietta resident saw the post and decided to help. 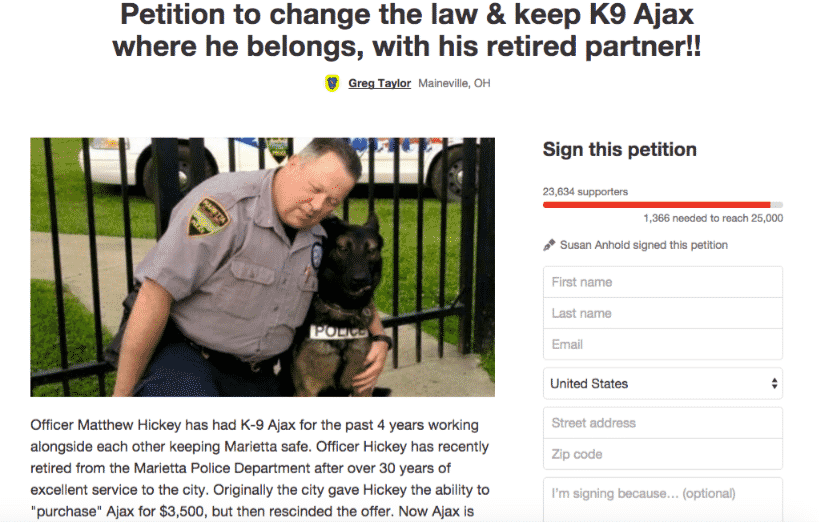 Marietta resident, Corey Orr, saw the Facebook post and decided to help. He started a GoFundMe page. The GoFundMe page and Hickey’s story instantly went viral. People from all across the country decided to donate. 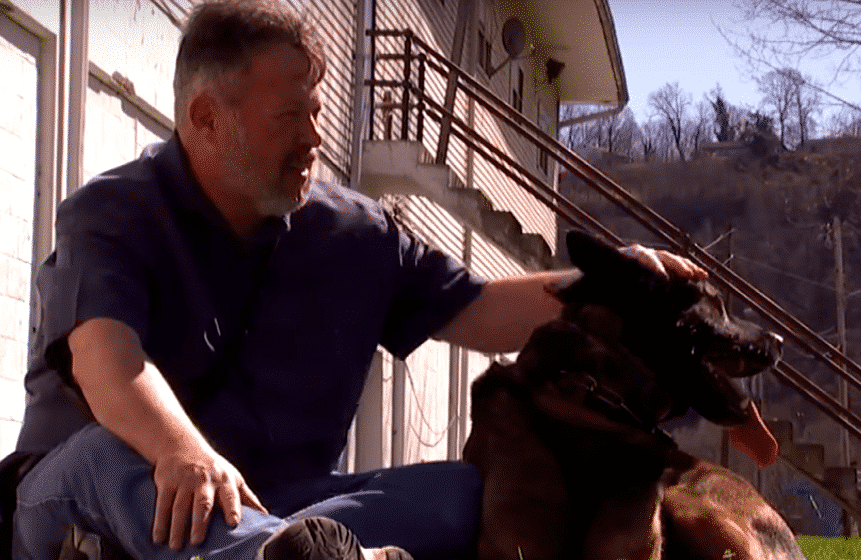 People were incredibly moved by Hickey’s story and wanted to help out. Soon donations began to pour in. You won’t believe just how much the GoFundMe campaign was able to raise! 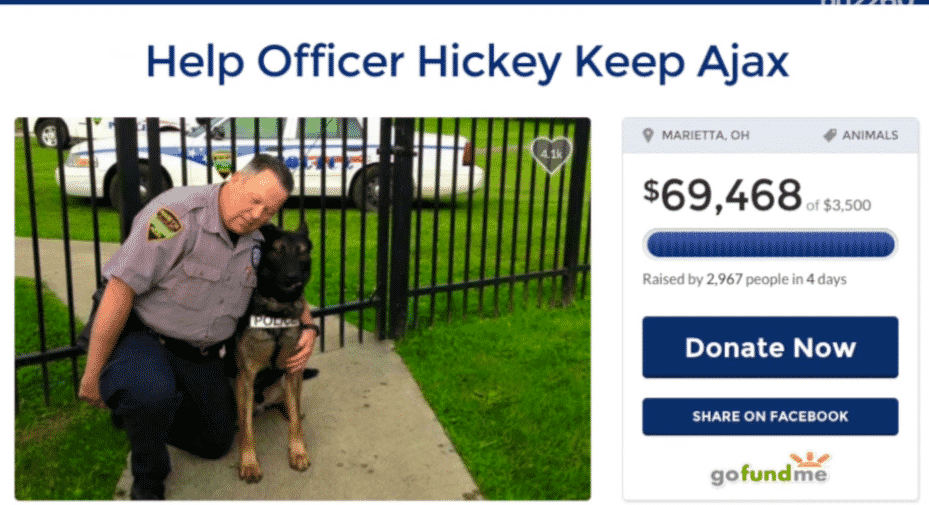 The GoFundMe page reached an astonishing $72,000 and people were only adding more. Hickey was blown away by people’s generosity. “It made me understand that there’s a lot more good people out there than there are bad people,” Officer Hickey said.

As soon as the story went viral, city officials abandoned their plans to auction off Ajax. Instead, they decided to sell Ajax to Hickey for one dollar. It was a great moment for everyone. 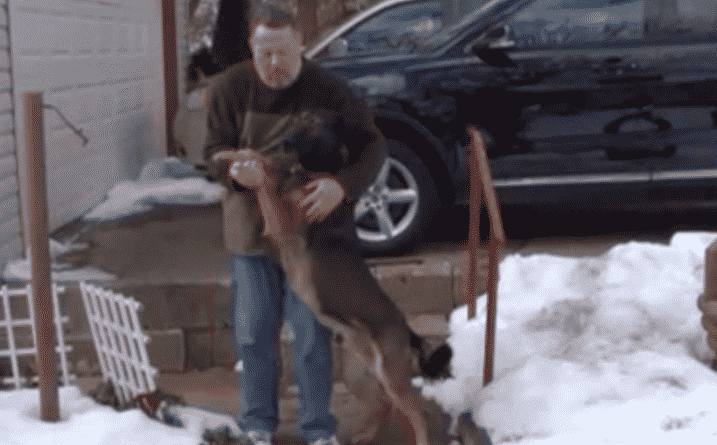 Since Hickey didn’t need the GoFundMe money any longer, what did he decide to do with it? Well, Hickey decided that he would do something incredibly special with all of the money that he received. 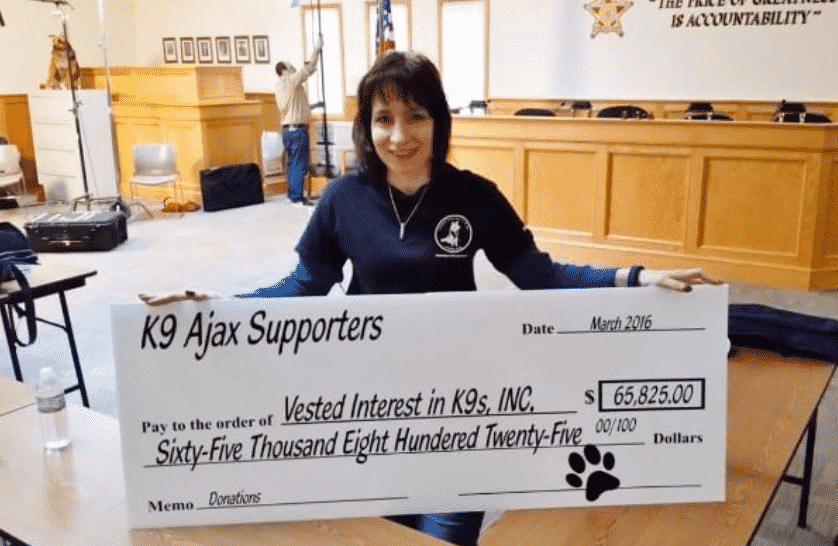 Hickey decided that he would donate all of the GoFundMe money to a wonderful cause. He donated it to Vested Interest, a company that makes bulletproof vests for K9. 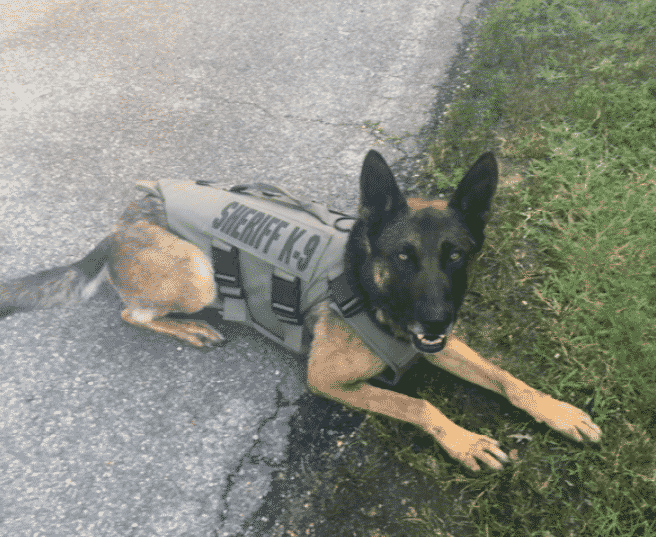 Vested Interest also does something else amazing for K9’s. They donate the vests to police departments that can’t afford them. It all worked out very wonderfully. 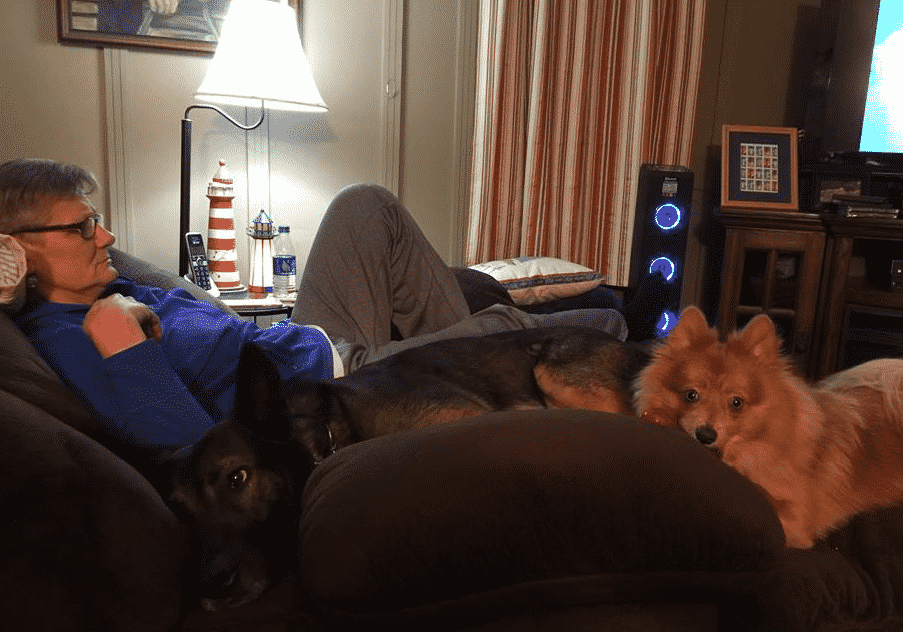 Now Ajax is at home with Hickey and both of them are enjoying their retirement. Hickey is so grateful to everyone that helped him out. He will also share tons of photos on Facebook! 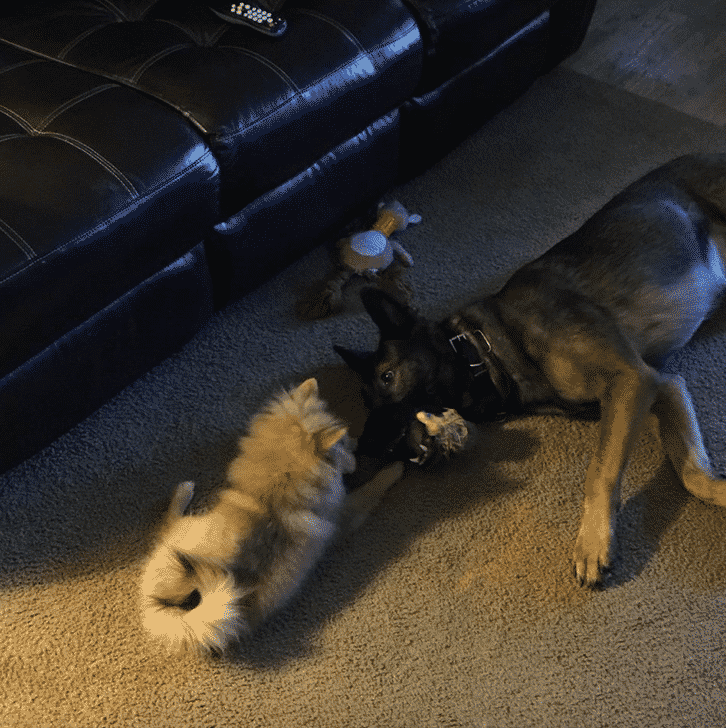 Hickey loves sharing updates of him and Ajax on his Facebook page. The two of them have been going on some pretty wonderful adventures together. However, they also love spending some quality time together at home. 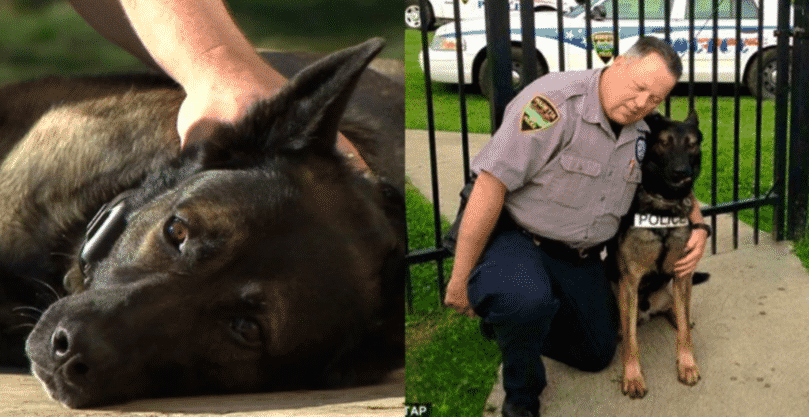 Thanks to the help of the community, Hickey and Ajax both get to enjoy their retirement together. Stories like these really remind us just how much of an impact the community can have on people’s lives.