3-Year Old Boy Fell Into Gorilla Enclosure, But What The Gorilla Did Next Shocked Everyone

Zoos can be exciting places to see exotic animals such as tigers, gorillas, and leopards. What happens when a zoo guest gets too close to an animal? You’ll never believe what happened when a little boy fell into a gorilla enclosure in 1996. 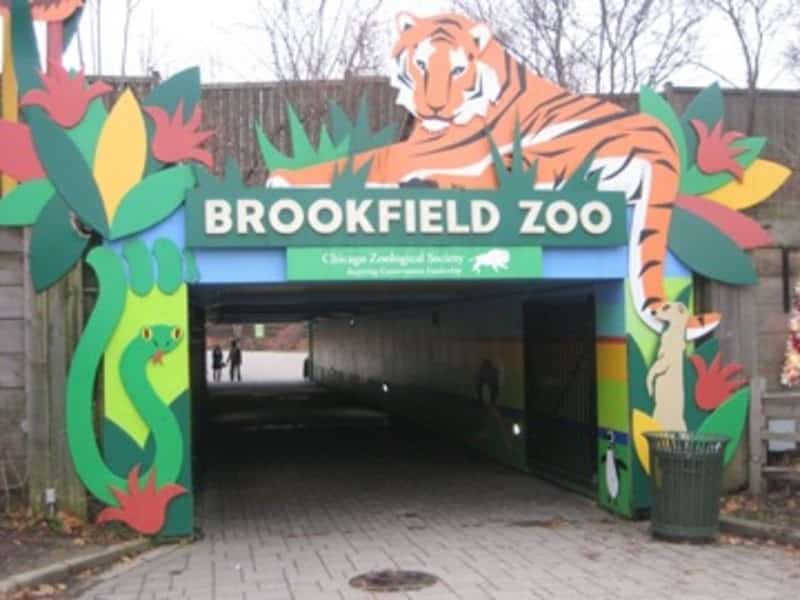 Chicago’s Brookfield Zoo is one of the world’s most renowned zoos. Few people remember that it is also home to a heroic gorilla named Binti Jua. Her story of heroism spread across the world 22 years ago – “going viral” long before social media or cell phone cameras even existed. 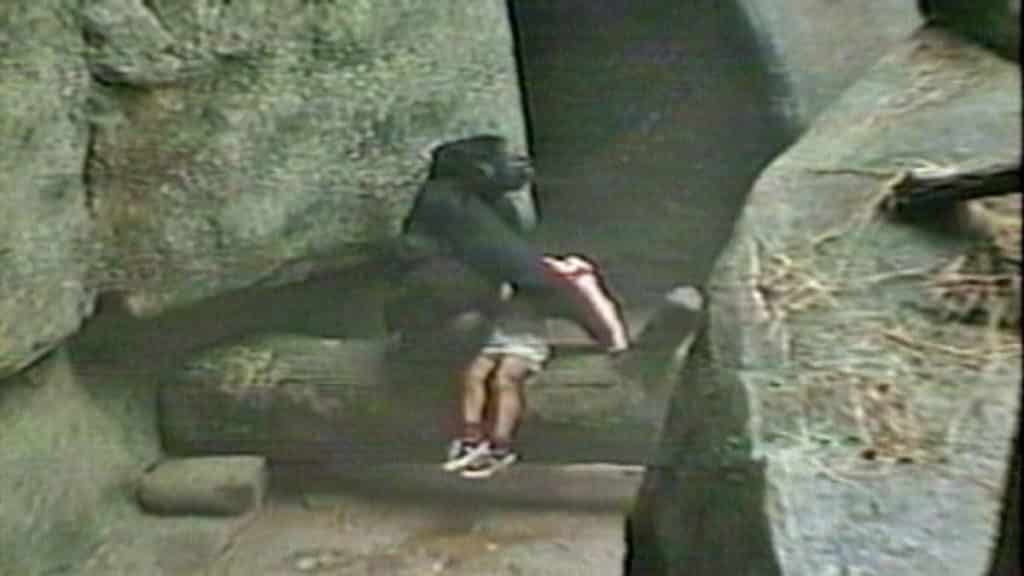 August 16, 1996, was another beautiful day at the Brookfield Zoo. There were tourists everywhere, and families were excited to see the gorilla area. That’s when a group of tourists with video cameras captured a terrifying sight: a young boy had fallen into the gorilla pit! 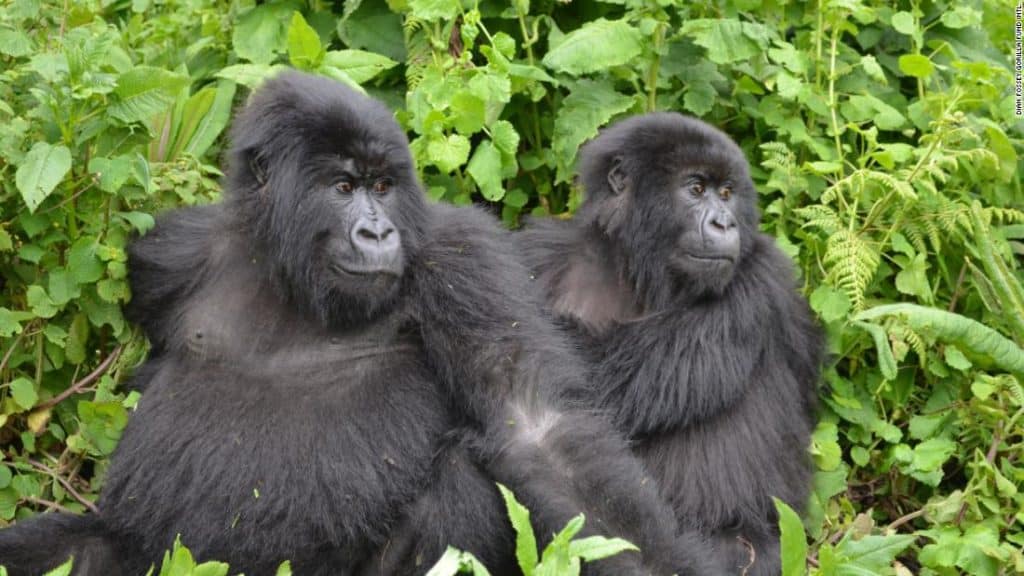 The three-year-old boy fell nearly five meters into the pit. He had been climbing over a barrier that was meant to separate visitors from the Western Lowland gorillas. These gorillas are the smallest and least endangered gorillas in the world. They are described as quiet, peaceful, and non-aggressive. 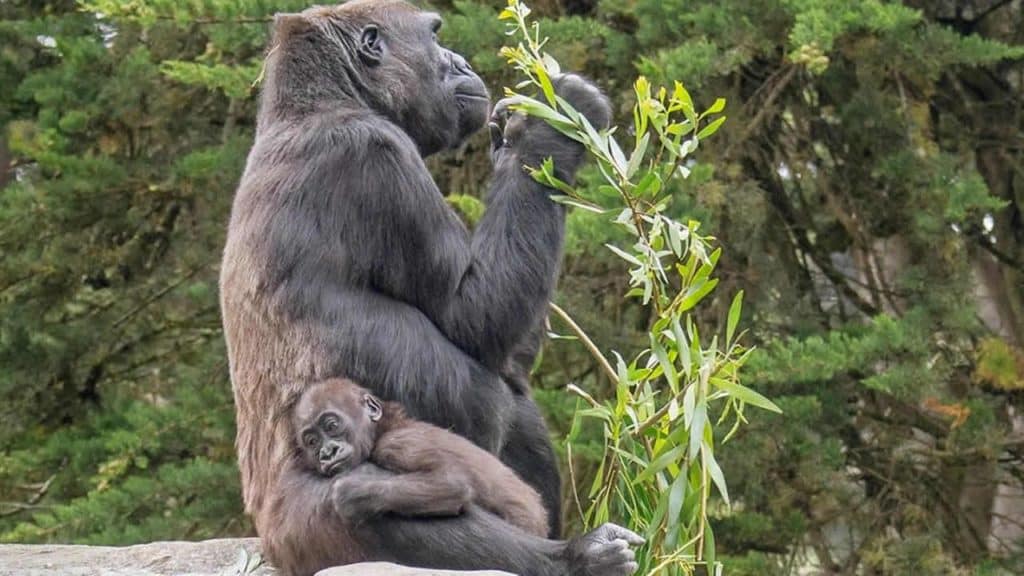 There were seven Western Lowland gorillas in the pit on the day the boy slipped and fell. One of them was Binti Jua. Her name means ‘daughter of Sunshine’ in Swahili. Her lineage is impressive. Her mother, Lulu, was a resident at the Columbus Zoo and Aquarium and her father, Sunshine, was from the San Francisco Zoo. But she also has an internationally famous relative! 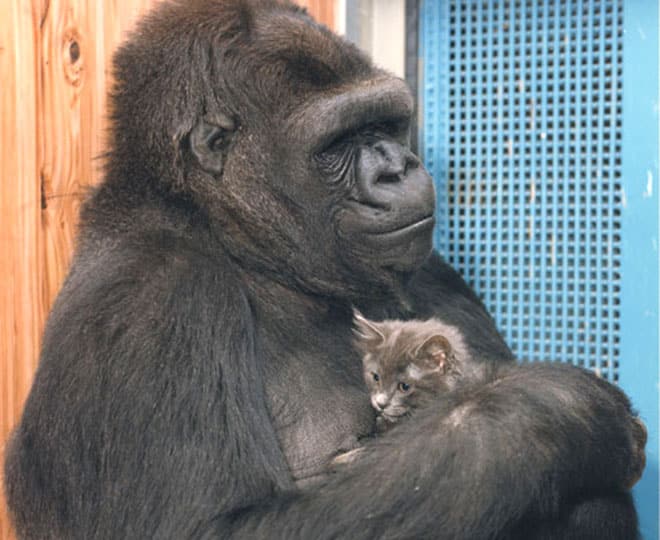 Binti Jua’s aunt is the legendary Koko, a Western Lowland gorilla whose ability to learn sign language stunned the world. Koko could understand 1,000 signs and also knew 2,000 English words. She scored between 70 and 90 on IQ tests and before she passed away in June of 2018, she had been the subject of peer-reviewed scientific studies and several documentary films. 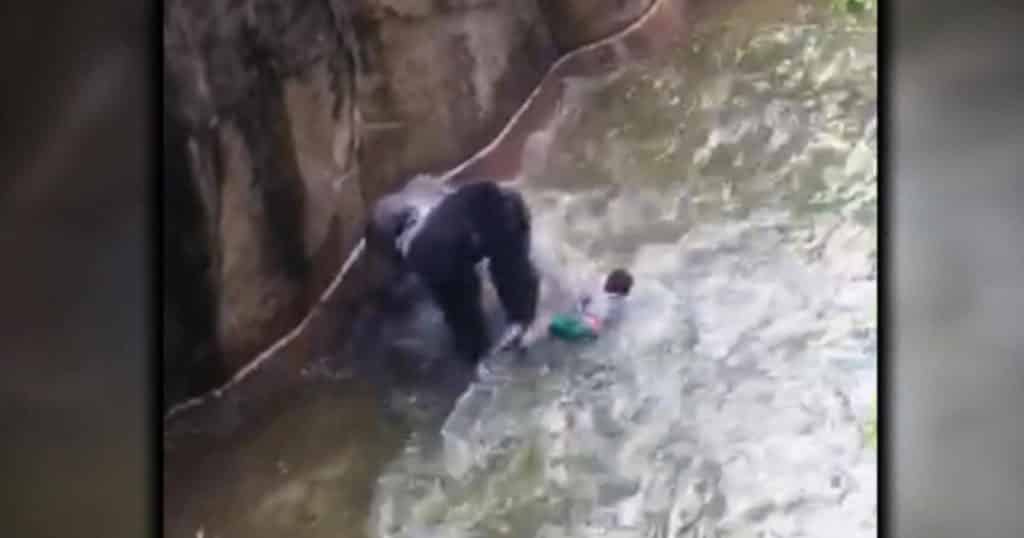 But on the day the boy fell in the pit, no one was thinking about Binti Jua’s heritage. They were panicked that the gorillas might harm the boy. He didn’t move at first and visitors feared he had been knocked out. Tourists filmed the entire incident, which later caused the story to become an international event. 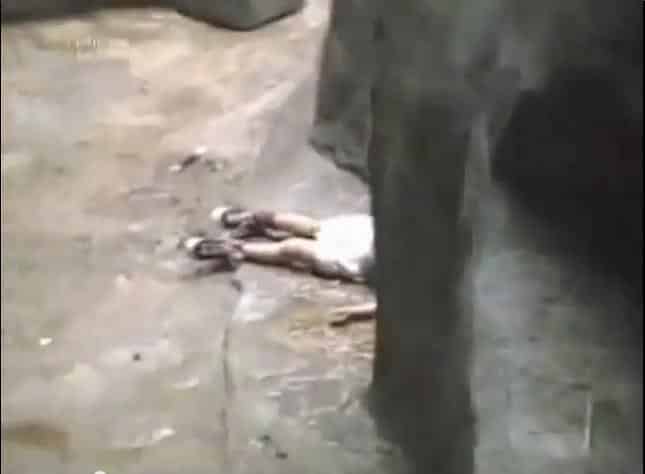 Someone called the Brookfield Zoo staff and they mobilized quickly. But before the staff could reach the gorilla pit, something incredible happened. A gorilla suddenly approached the boy. She picked him up! It turned out to be Binti Jua. The onlookers were in shock. 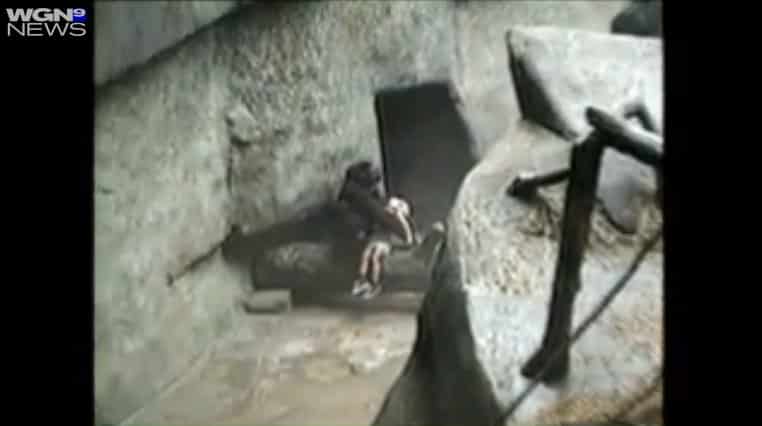 Initially, visitors panicked. Was the gorilla about to harm or even kill the boy? Could the other gorillas attack him as well? They frantically paged Brookfield Zoo staff, hoping to save the boy’s life. Everyone was certain that this gorilla and the other six were about to do the boy harm. 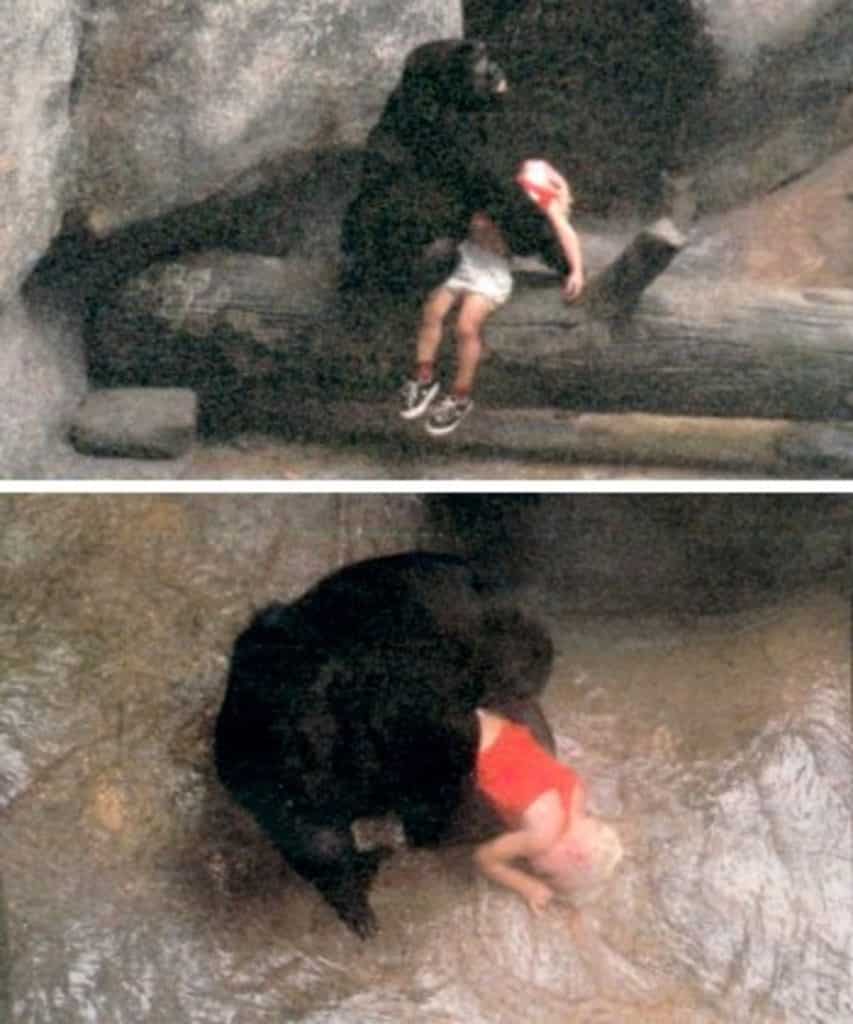 They turned out to be wrong. Binti Jua carried the boy in her arms. She carefully cradled him as she approached the door to the enclosure. Binti Jua was smart; she realized that the door was where the zoo staff frequently entered the gorilla pit. While she waited, the other gorillas approached. 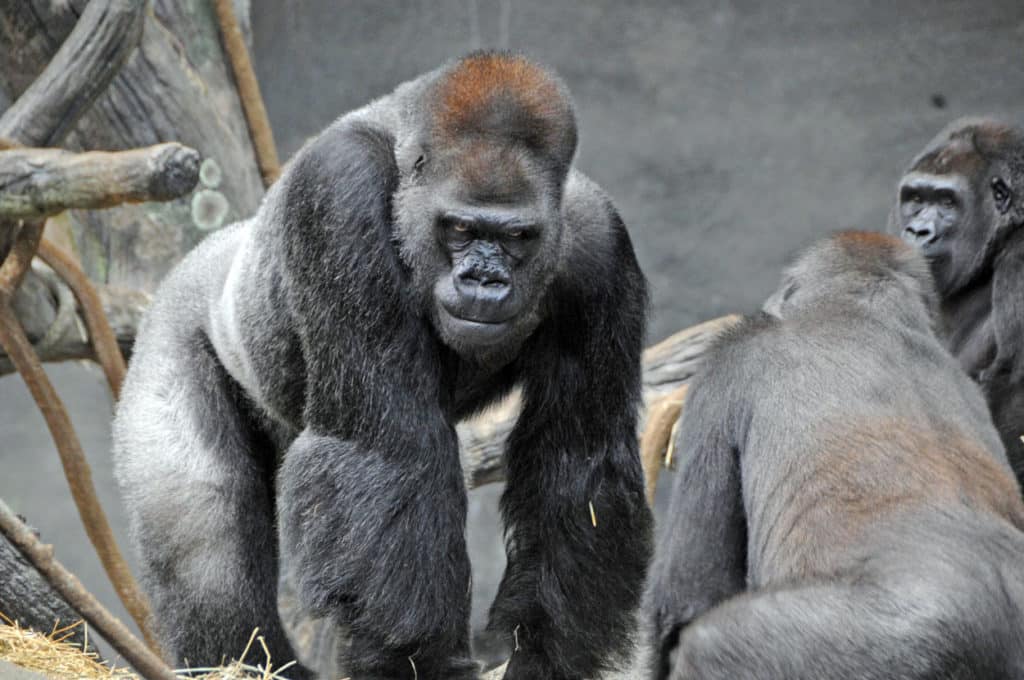 As the other six gorillas approached Binti Jua, the crowd panicked again. They assumed the boy was about to get hurt. But once again, Binti Jua sprang into action. She roared mightily at her six companions. She was telling them to leave her and the boy alone. Binti was guarding him against harm like any mother would. 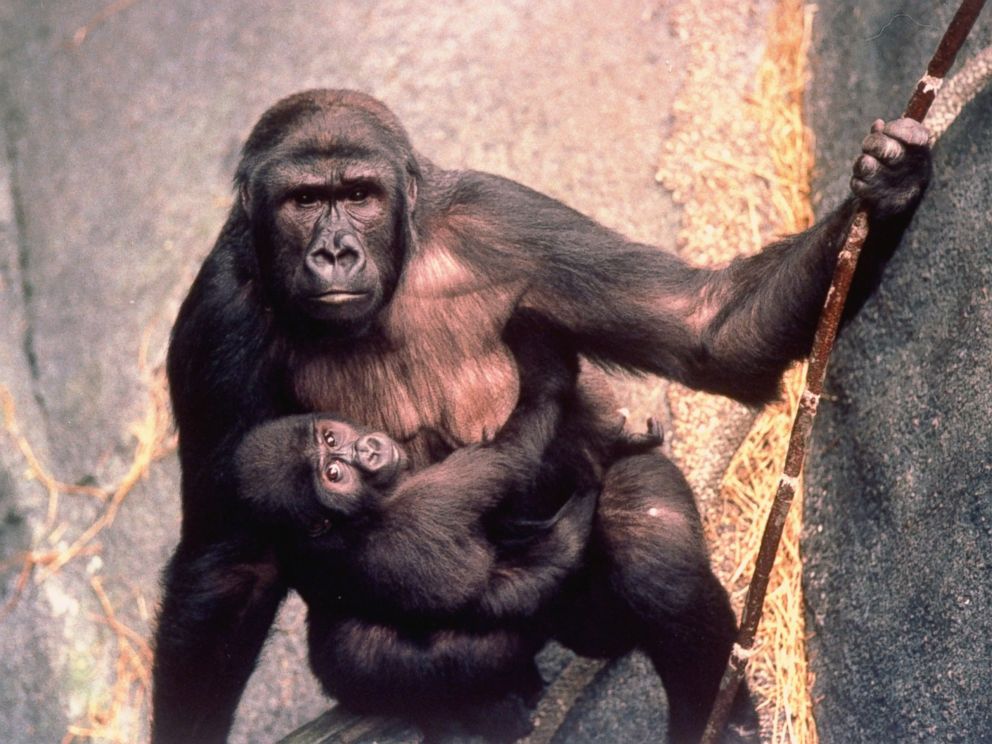 Binti Jua was already a mother herself. Her 17-month old baby gorilla was named Koola. In fact, Koola was not only present for the incident, she was being carried on Binti’s back the entire time! At three years old, the boy was not much bigger than Koola, so Binti Jua’s maternal instincts kicked in.

Paramedics and zoo staff finally arrived on the scene. Paramedics carefully evaluated him outside the gorilla pit. The boy suffered a broken hand and may lacerations to his face. He spent four days in the hospital healing. The parents knew that Binti Jua’s actions had saved their son’s life. 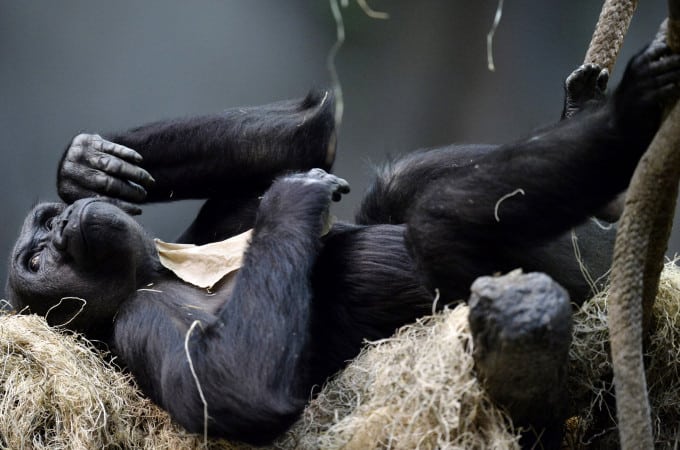 The story was a worldwide sensation. The tourist video was given to the local news, and soon TV crews from around the world heard about it. The story was shown on TV in England, Germany, and even Australia. People were so touched by the rescue that they wanted to do something nice for Binti Jua. 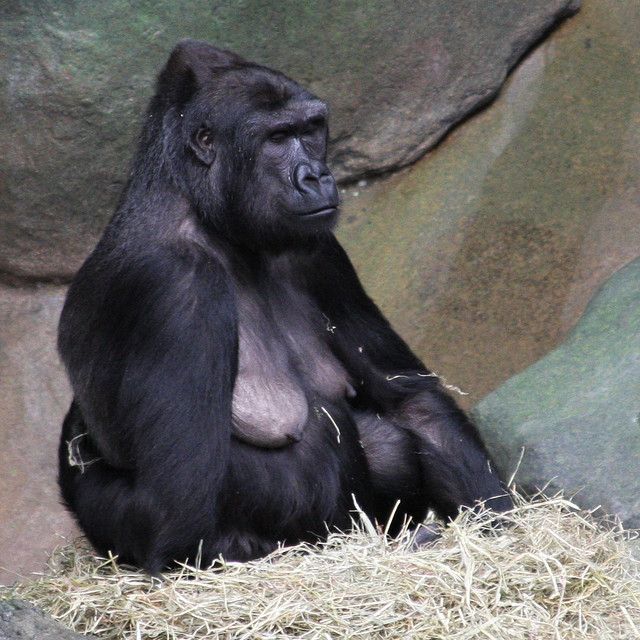 A local Chicago grocery story sent 11 kilos of bananas for Binti to enjoy. Meanwhile, people started raising money for Binti Jua’s care. The gorilla was eight years old at the time, and for months she enjoyed lots of extra attention. Her notoriety also brought more tourists to the famous Brookfield Zoo. 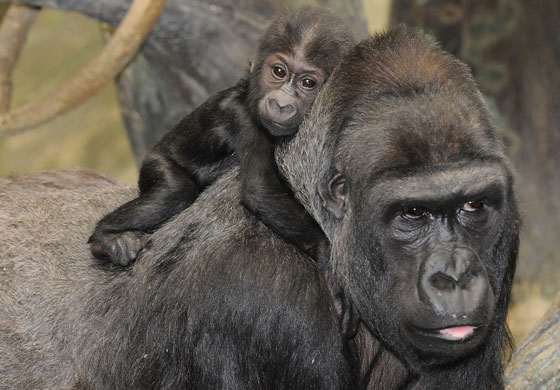 The Western Lowland gorillas usually have a life expectancy of 35 years, although some live to be older. Binti is now 30 years old and still lives at the Brookfield Zoo. Many people think that Binti understood the boy needed help and instinctively protected him. During the last 22 years, the world has witnessed other examples of gorillas caring for humans. 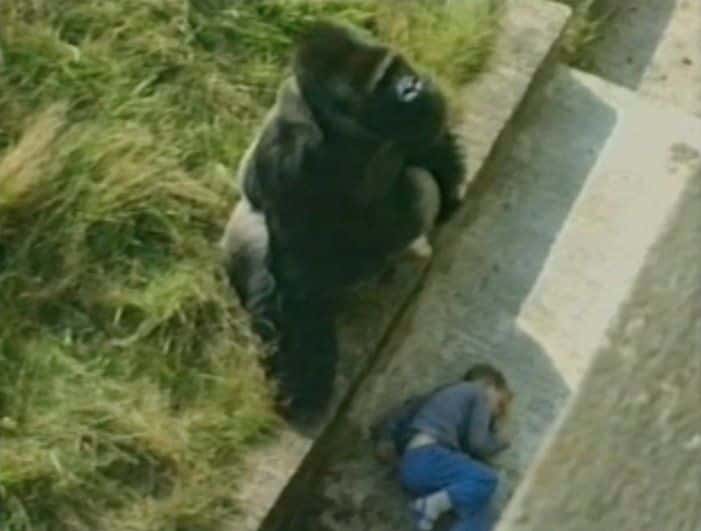 At the Jersey Zoo, a gorilla named Jambo also rescued a child who had fallen into the enclosure. Jambo, a male, had never been trained to care for children. He has been raised in captivity by a gorilla mother, who had taught him natural paternal instincts. People have also observed chimpanzees comforting each other after traumatic experiences. Experts have concluded that gorillas and chimps can show empathy. 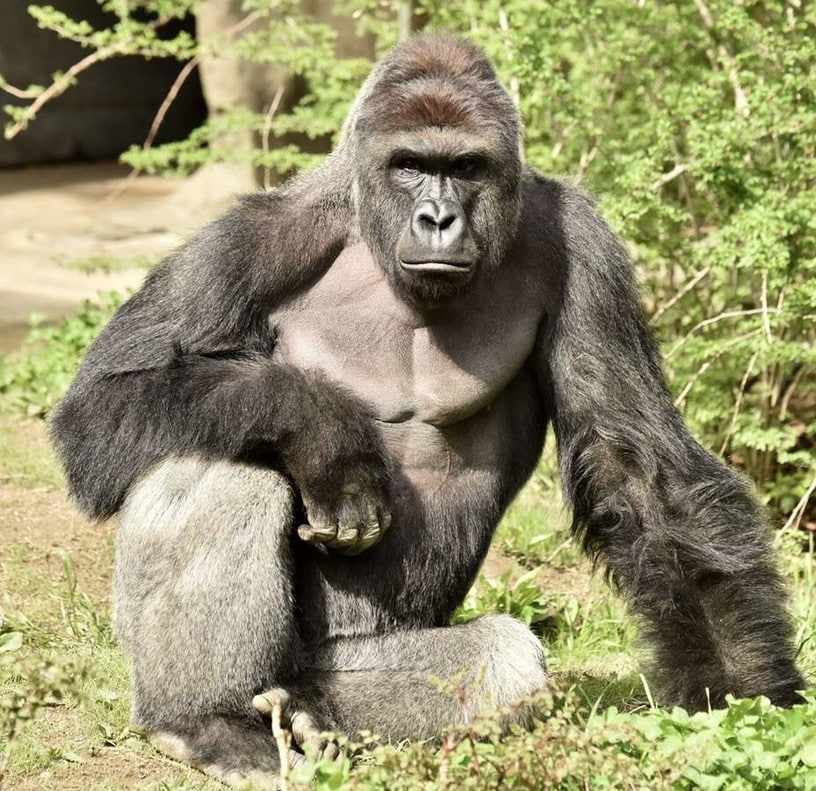 A similar incident at the Cincinnati Zoo in 2016 provides a cautionary tale, however. A small child had fallen into a gorilla enclosure where he was approached by Harambe, a 17-year-old Western Lowland gorilla. Rather than waiting to see what happened, zoo staff shot and killed Harambe. His death became controversial when biologists disagreed about whether Harambe had good or bad intentions toward the boy. 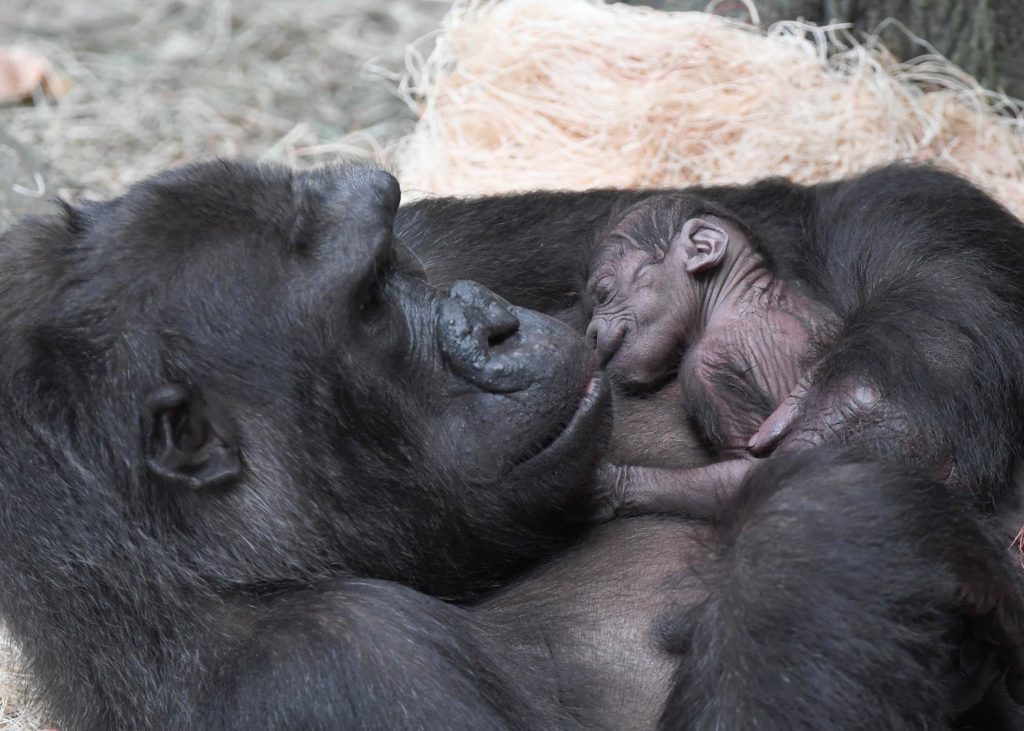 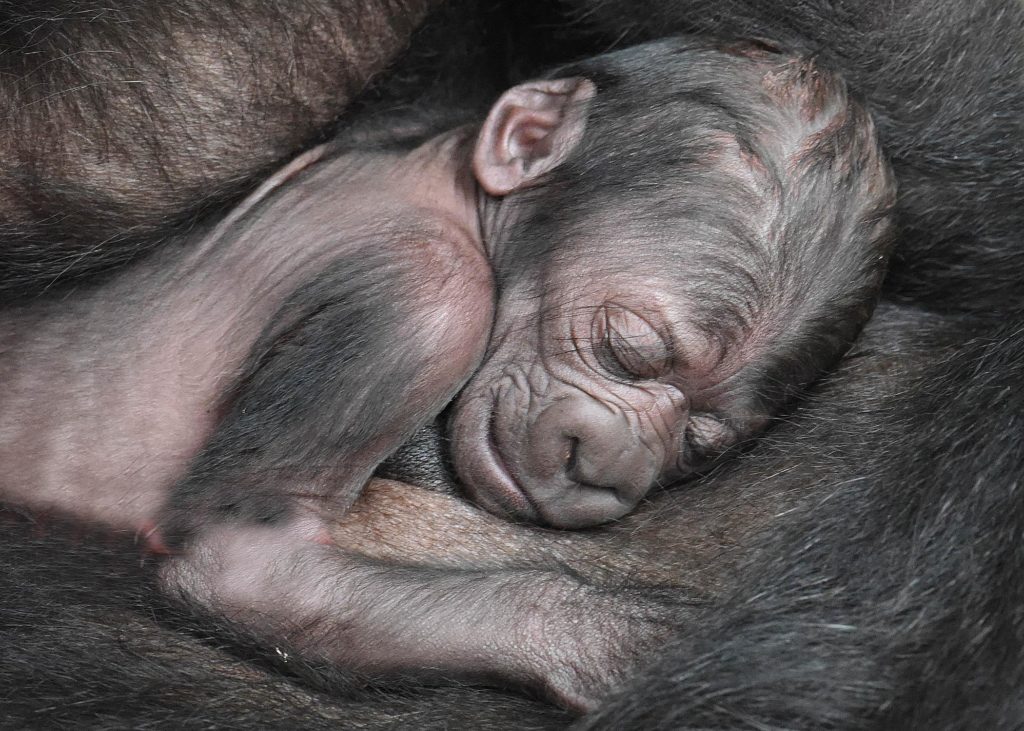 Western Lowland gorillas live in the forests of Central and West Africa. They remain endangered. Incidents like Binti Jua’s rescue of the boy serve as a reminder about the importance of saving the magnificent beasts. Binti’s heroism will never be forgotten.