They Saved A Blind Cow From A Dairy Farm, When She Is Let Free In A Farm Tears Roll Down Her Eyes

Cows are some of the biggest and sweetest domesticated animals we have around. So when one blind cow was being horribly mistreated, animal rescuers knew they had to intervene. You won’t believe the reaction this cow had when she was finally released from her horrible situation. 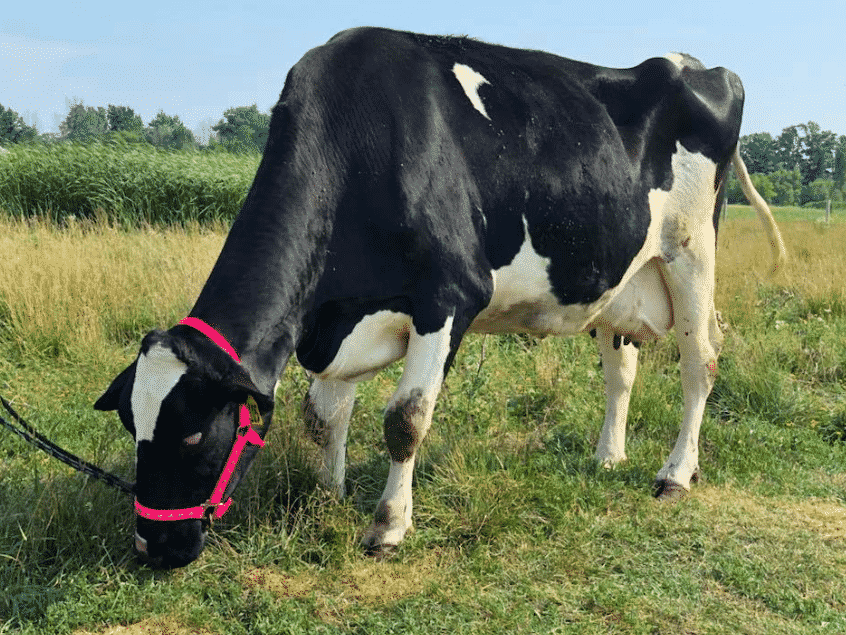 When a 12-year-old cow finally gave birth to her last baby, this spelled out very bad news for her. She was unable to get pregnant again and this meant her life was at risk! 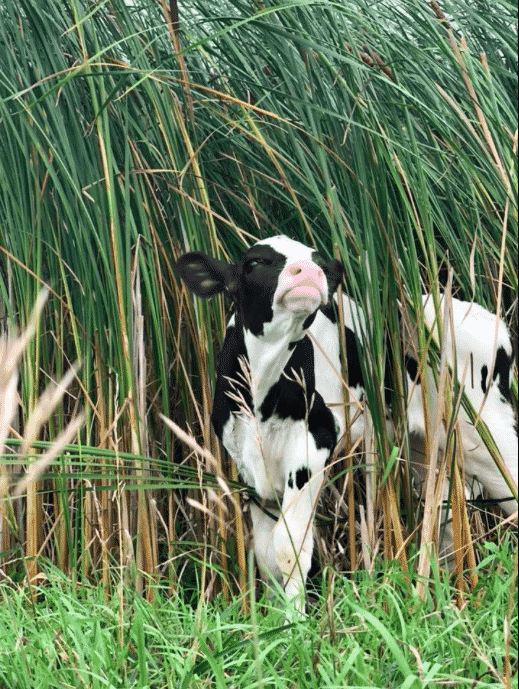 Why was her life at risk? Well, this older cow who also happened to be blind was living on an industrial dairy farm. On this farm, she was primarily used to give birth to new baby calves and for milk. 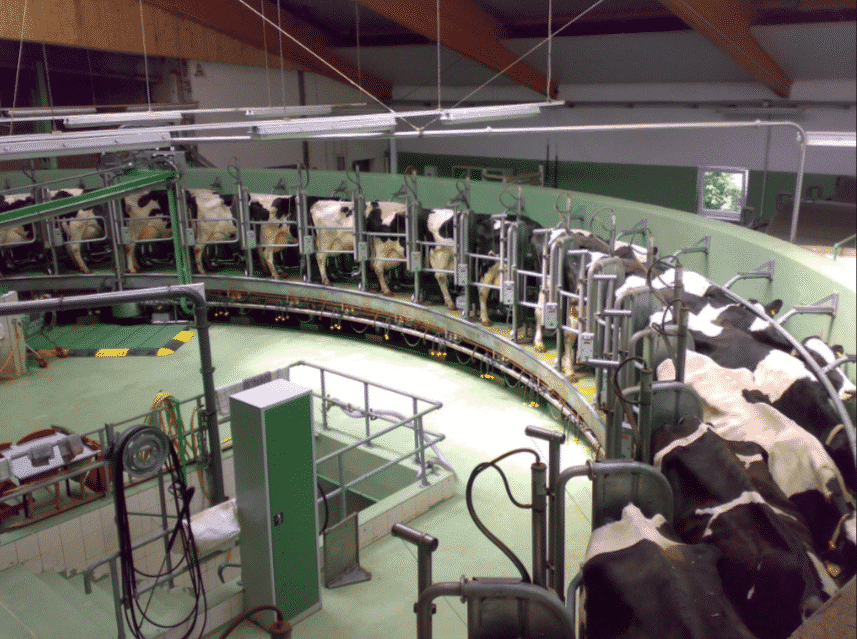 Not only did her life consist of being a breeding machine, but this poor blind cow had never been allowed to go outside. Now that she was no longer of use to the dairy farm they were making plans to have her slaughtered.

However, word soon began to travel about the sweet blind cow and her terrible predicament. Word got around to Black Goat Farm and Sanctuary in Ontario, Canada. They heard about what was going to happen to the poor cow and knew they had to act fast. 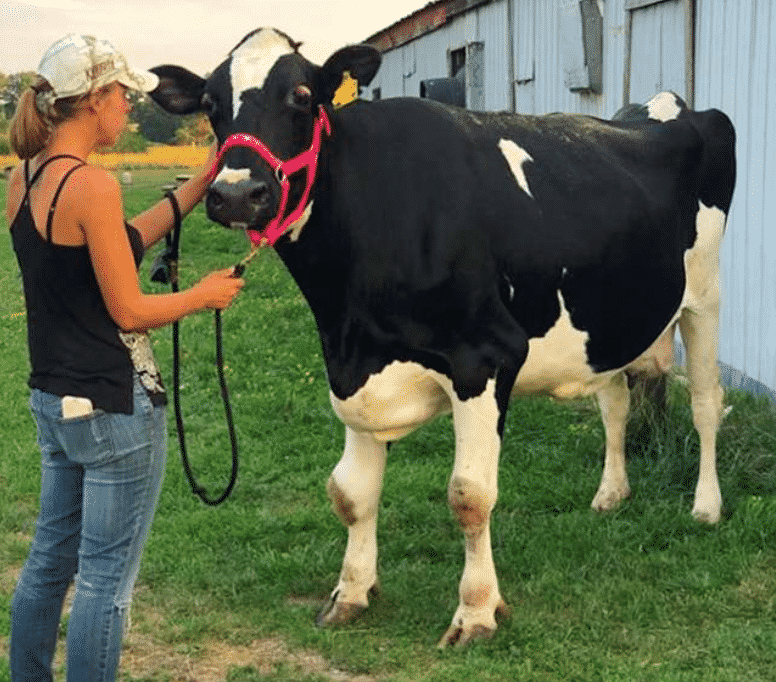 The Black Goat Farm and Sanctuary knew that they couldn’t allow such a beautiful cow to be killed. So they immediately offered to take the cow into their sanctuary. The dairy farm agreed to let her go. 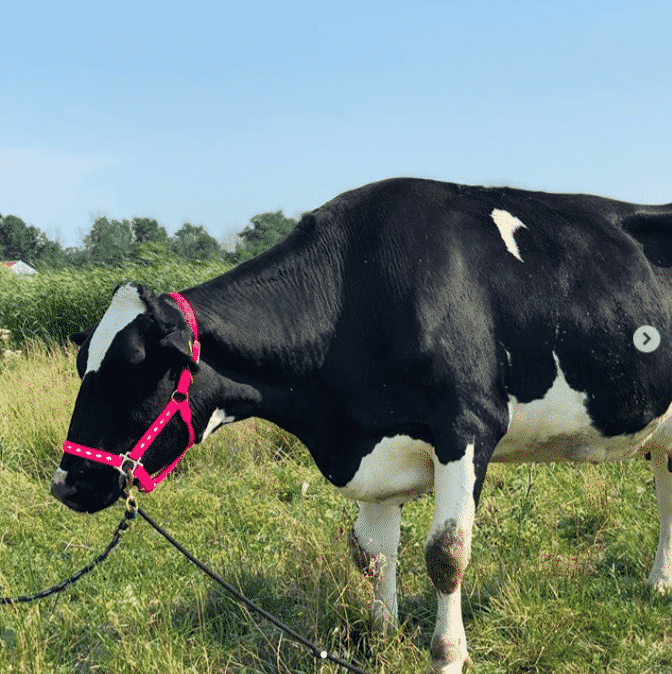 So a few days later, the blind cow was transported to the animal sanctuary in Ontario. This would be the first time she would ever step foot outside. It was going to be a very big moment for everyone involved. 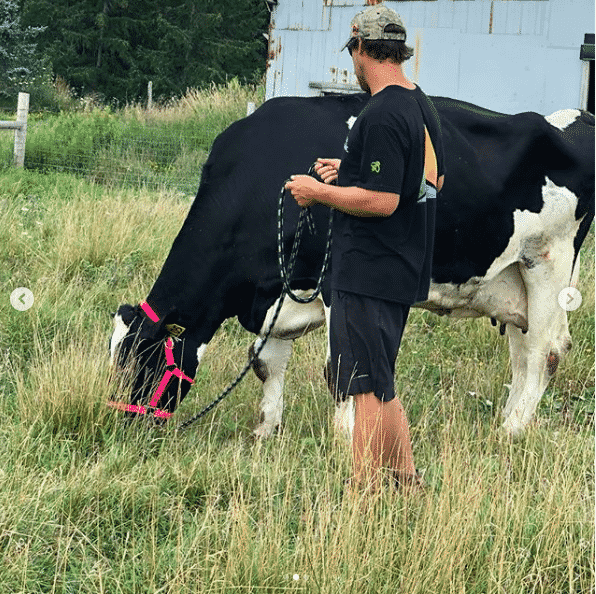 Finally, the day had come and the cow finally made it to the sanctuary. She took her first steps onto fresh green grass. It was an amazing thing to see. 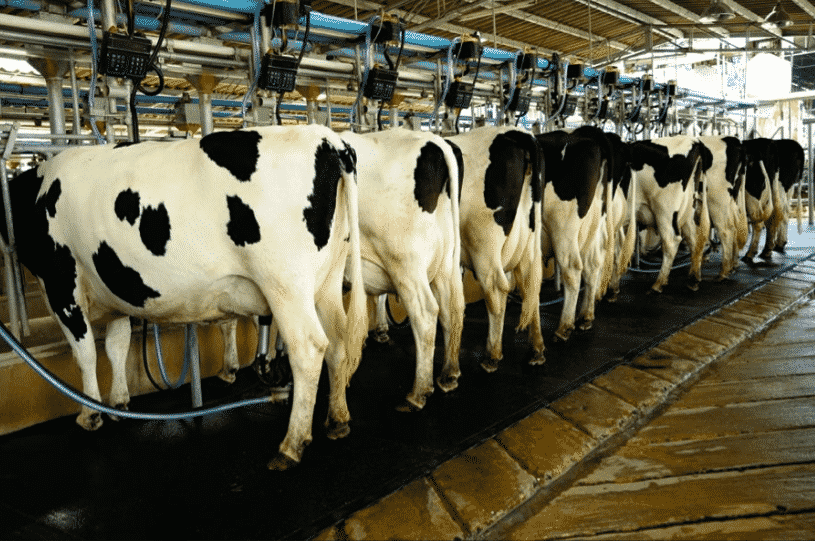 “She was a dairy cow for 12 years. She’s never been outside,” Megan Mostacci, co-founder of the sanctuary, told The Dodo. “She has had at least 10 babies and at this dairy farm they take them away right away.” 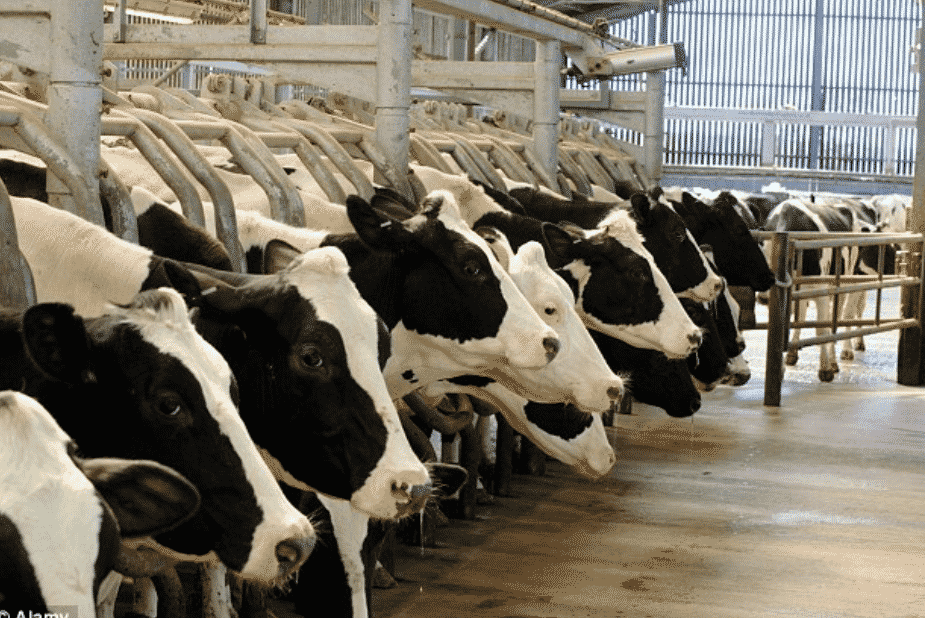 “They never get to clean their babies or let them nurse. She has also been blind her entire life — can’t see one bit.” As she stepped out onto the grass, the sweet old cow took a big breath of fresh air. 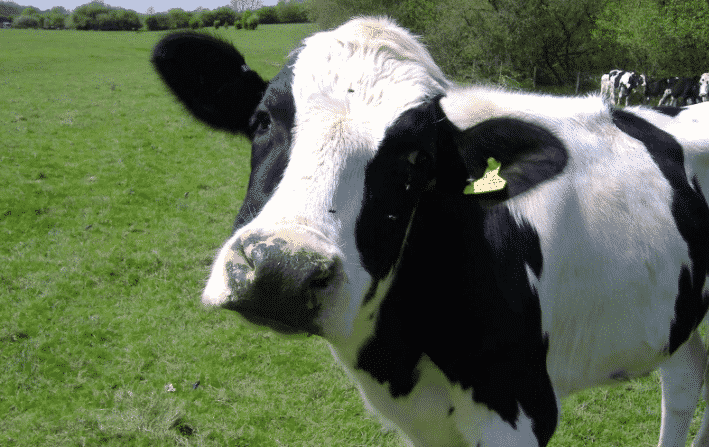 She was quite cautious at first as she walked forward, after all, she had never been outdoors before. Her poor joints were also inflamed because of the small living conditions she had gotten so used to. However, when she first arrived at the sanctuary the animal rescuers were surprised that she didn’t come alone. 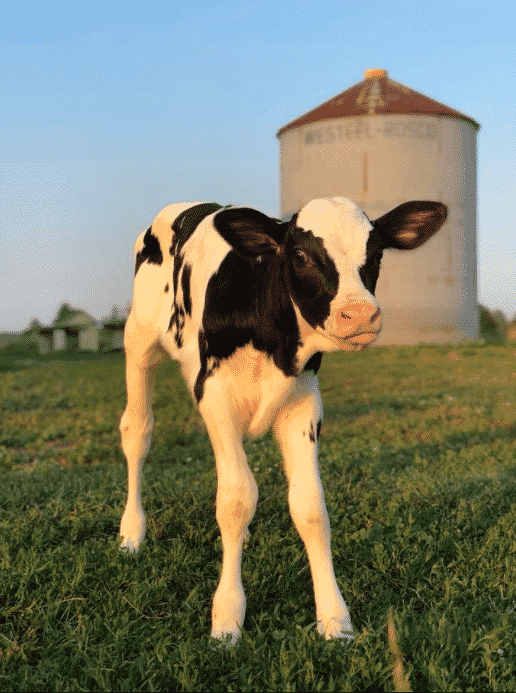 “When the truck came, there was also a 24-hour-old calf on the truck,” Mostacci said. “That farm doesn’t raise them so she was a burden. She was taken from her mama as soon as she was born.” 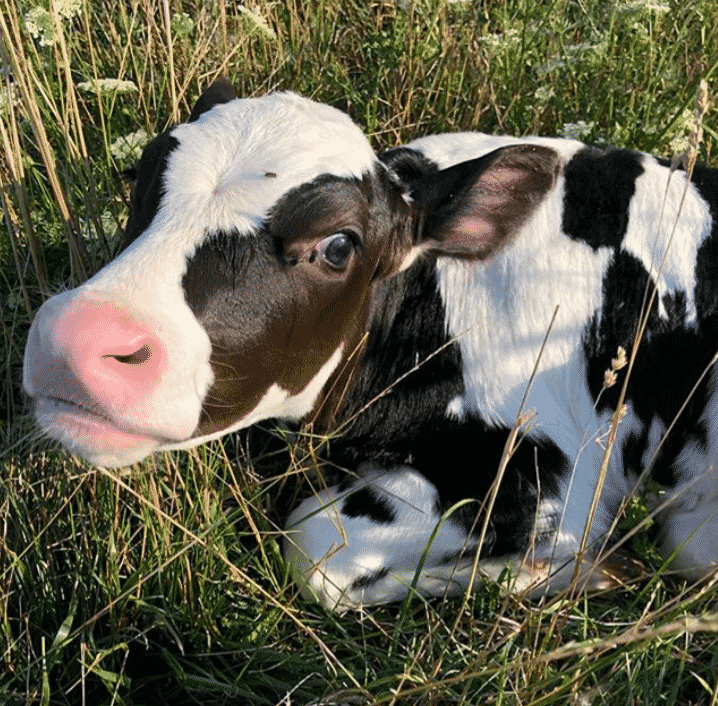 Both the older cow and the younger calf enjoyed this wonderful moment for such different reasons as they felt the warm sun on their bodies. The young calf began to run around and stretch her legs while the older cow just appreciated the fresh air. 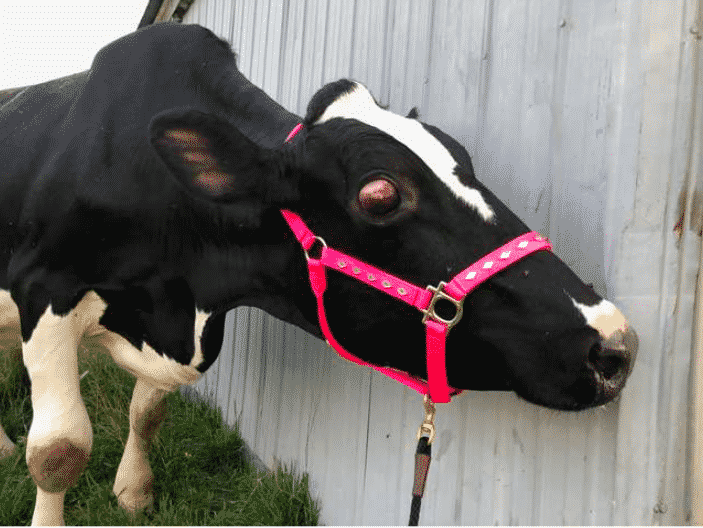 While watching the older cow, the rescuers saw a single tear drop from her eyes. It was obviously a very emotional moment for them all. Soon enough the older cow and the baby began to get attached to one another. 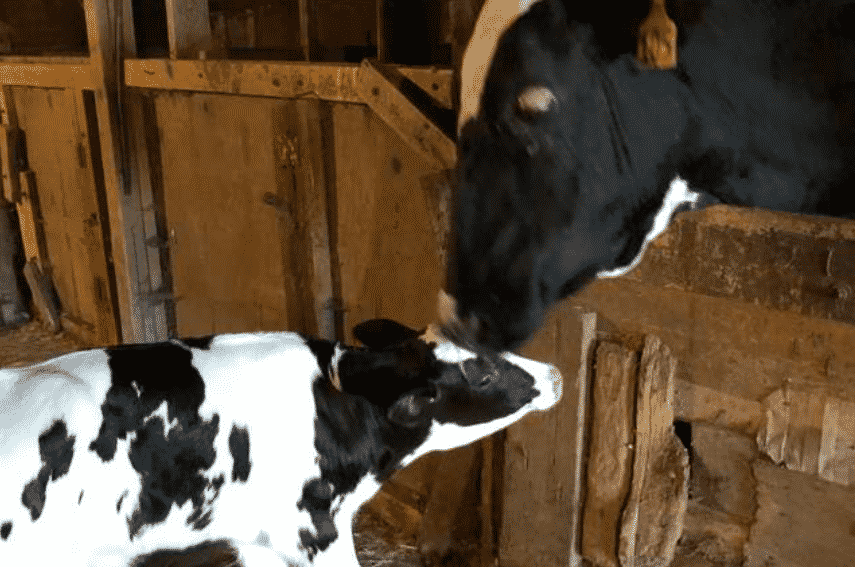 “So we let the baby out to sniff Mama over the stall door,” Mostacci said. “Both seemed happy so we let the baby go in and she started nursing.” However, since the mama is blind they knew they couldn’t leave her alone with the baby. 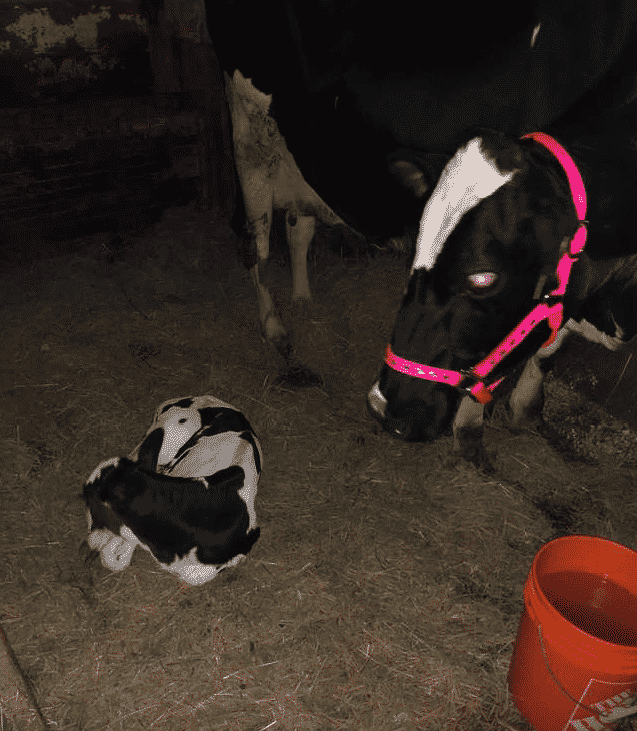 “Mama has never had a baby nurse or ever been able to spend any time with the countless ones she’s had. She was so happy, licking the baby’s back,” Mostacci said. “They have adopted each other as family and are so sweet together.” 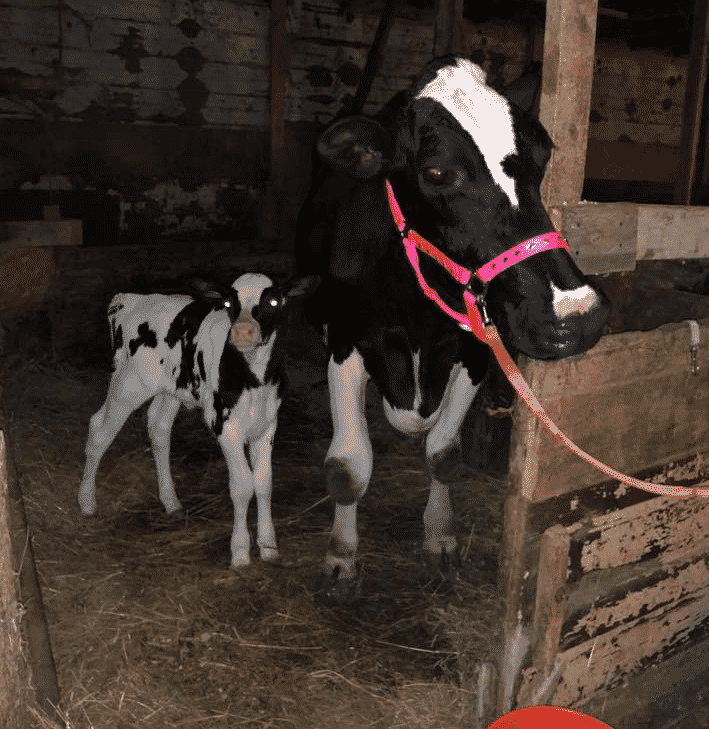 When the baby calf first arrived at the sanctuary it was diagnosed with pneumonia and was being treated for it. The baby quickly began to bond with another boy calf named Calvin who had been rescued a few weeks before. 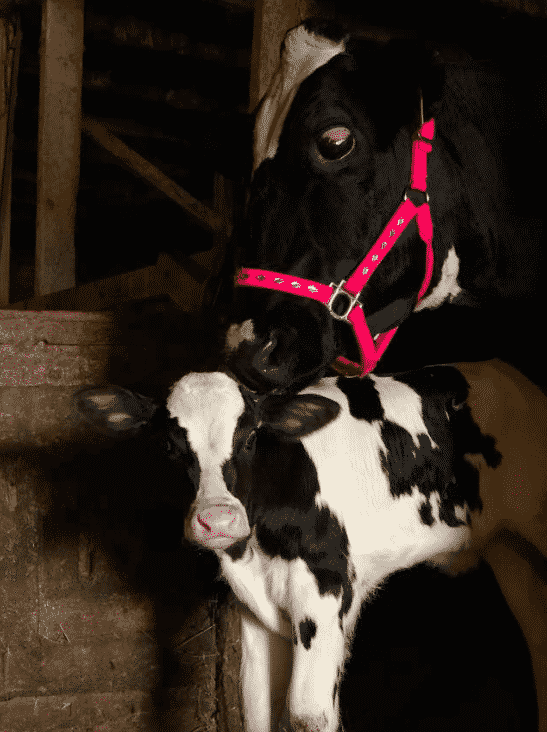 The mama cow has been staying close to her adopted baby calf and has been doing her best to be there for the baby. Everyone is hoping for a speedy recovery as Mostacci has big plans for them all! 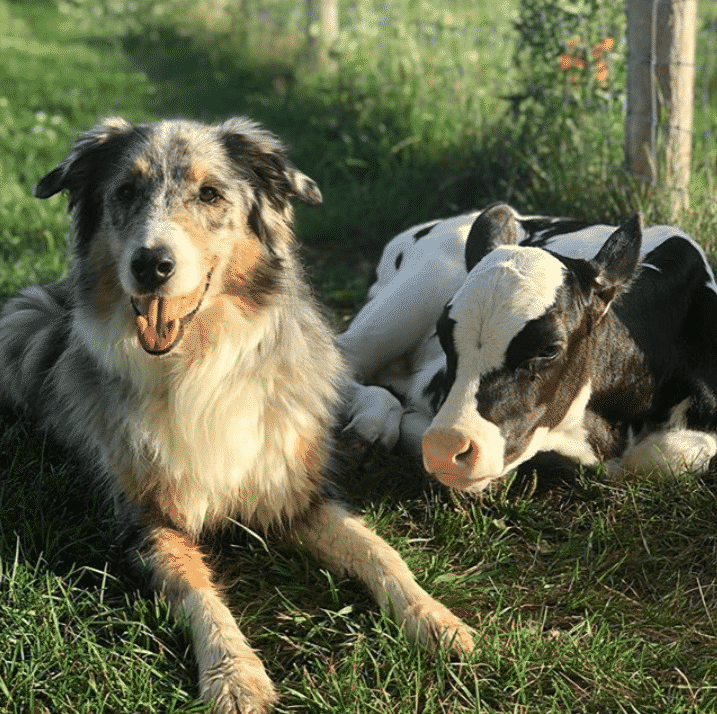 “We are raising funds to fence in 2 acres for blind Mama, baby, and Calvin,” she said. “We will have to completely level the ground there so that Mama doesn’t trip or hurt herself. We also need a big run-in shelter for them all. Construction on everything should start this week.” 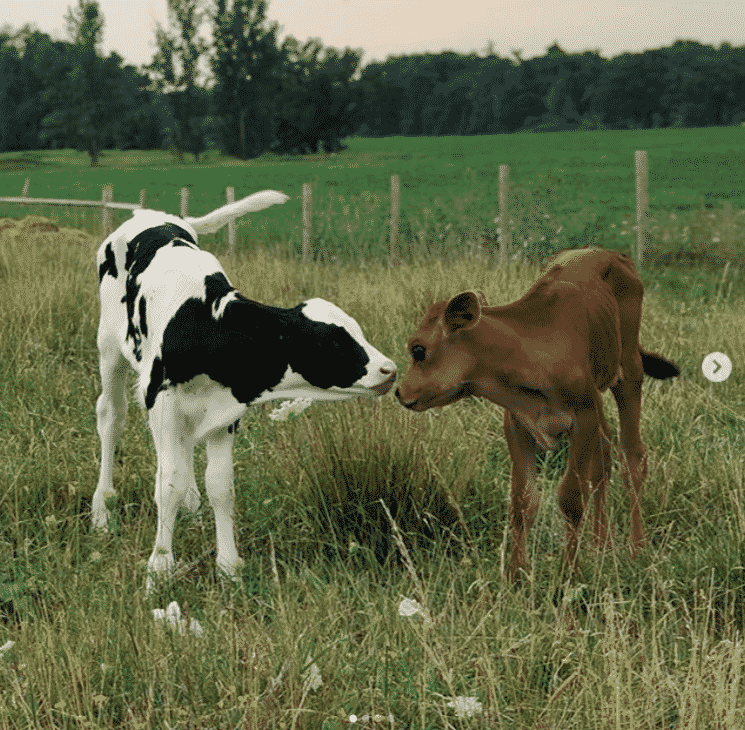 Soon enough, the baby calf began to get better and better and Calvin was finally permitted to hang out with his sister. Calvin was so happy to meet her, in fact, that he even ‘booped’ her on the nose. It was a sweet interaction. 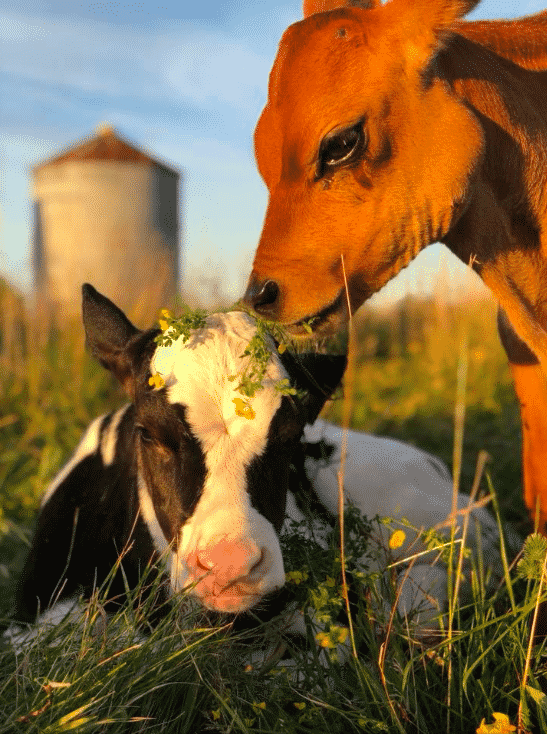 Thanks to this wonderful animal sanctuary, all of these cows have been given a wonderful chance at a better life. Now, all of them will get to be a happy family together! 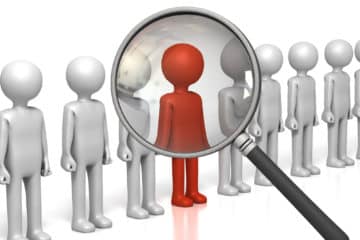 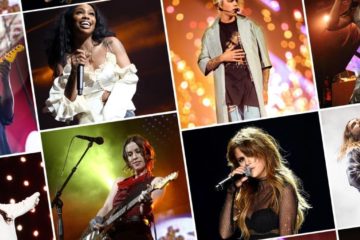 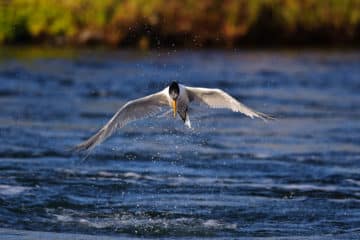 What is slow and fast shutter speed? How you use them in photography 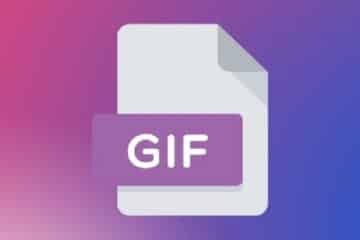 What is GIF engine optimization (GEO) 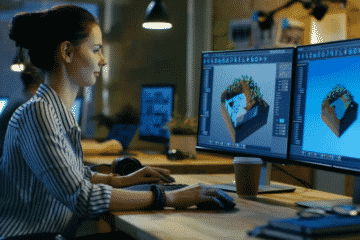 Key Skills Every Game Designer Should Have