Australian Family Wake Up In Middle Of Night Because Of A Strange Noise, Shocked To See Kangaroo In Their Bathroom

What would you do if you woke up to a loud crash and bang in the middle of the night in your home? We can bet that you’d be pretty freaked out! Well, that’s exactly what happened to one Australian family. When they went to inspect where the noise was coming from they got the surprise of a lifetime. 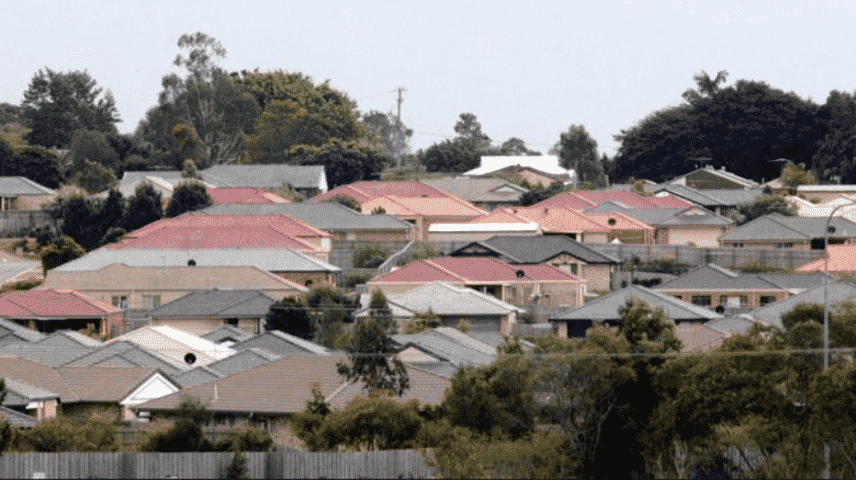 Waking up in the middle of the night to a loud crash, one family in Victoria, Australia saw a pretty scary sight. There on their walls was blood smeared all over. Not only that but the blood led to a trail. 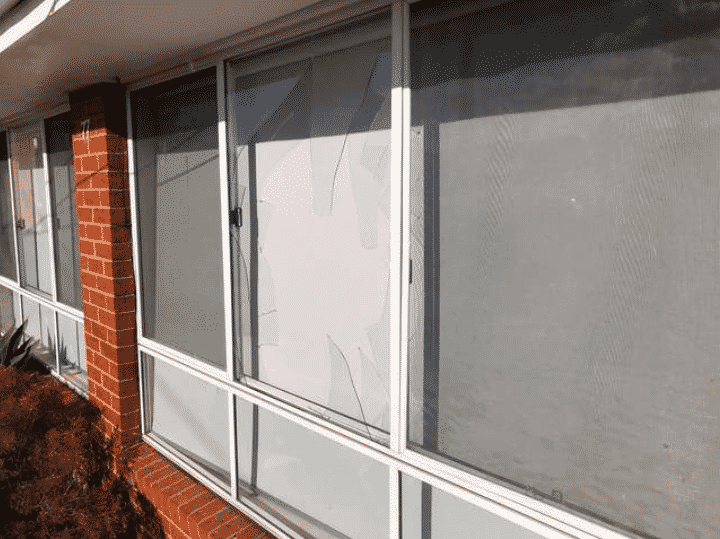 The loud noise one family heard in the middle of the night was that of a window shattering. When the family went to check it out, they found their window was shattered to pieces! 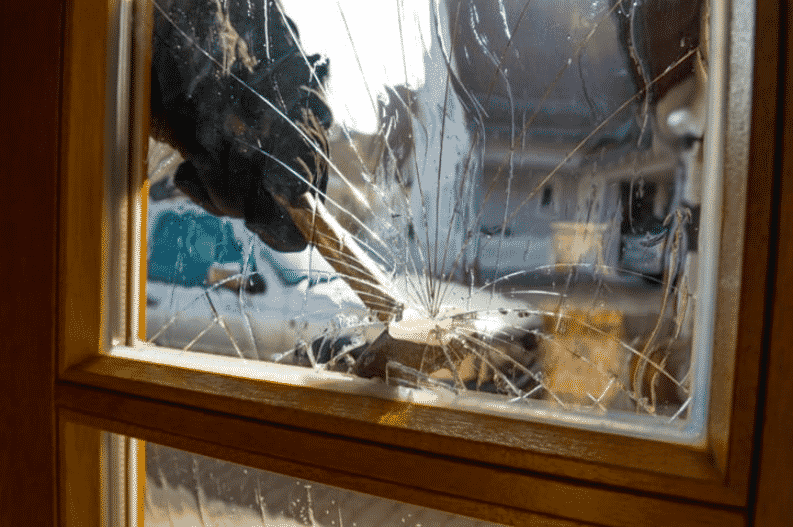 Mafi Ahokavo, his partner, and his young son were all awoken by the terrible sound. They quickly went to investigate what was going on. After all, could it have been a possible intruder? 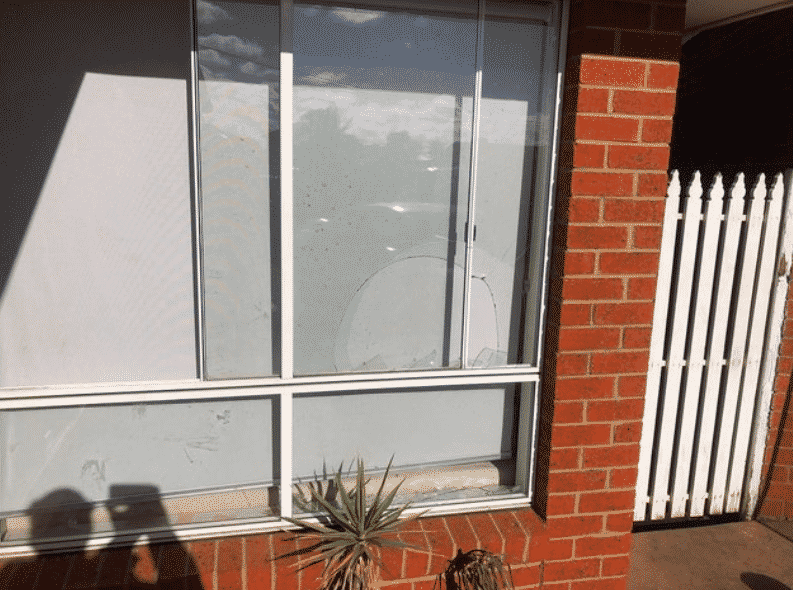 The family soon noticed there was a trail of blood leading into another room in the house. They quickly began to follow the trail and were soon face-to-face with something unbelievable. 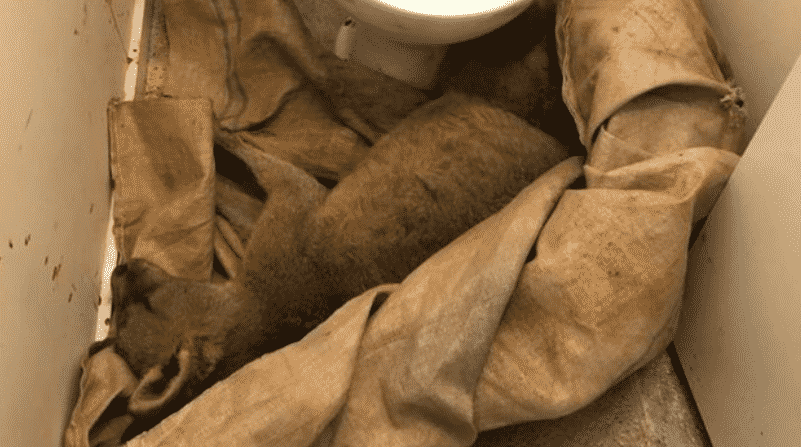 There waiting for them in the room was a large kangaroo! The entire family was completely shocked by the sight of it. After all, it’s not even day you see a kangaroo breaking into your home. 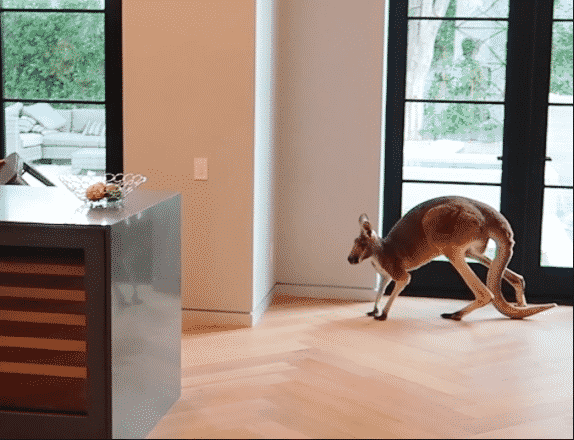 “I haven’t even seen a kangaroo in my life,” Ahokavo told the local news. Upon seeing the family, the kangaroo was just as freaked out as them. The family soon noticed the kangaroo had been injured as well. 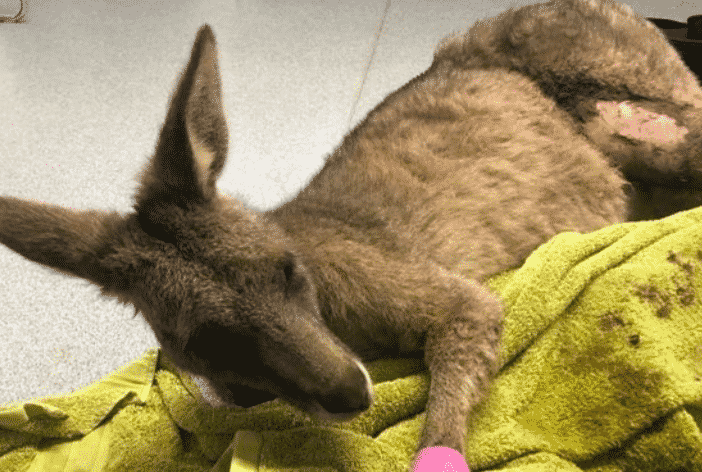 The blood they found around the house was from the kangaroo as he had sustained some injuries from crashing into the window. Ahokavo immediately knew he had to take some action so he quickly phoned the police. 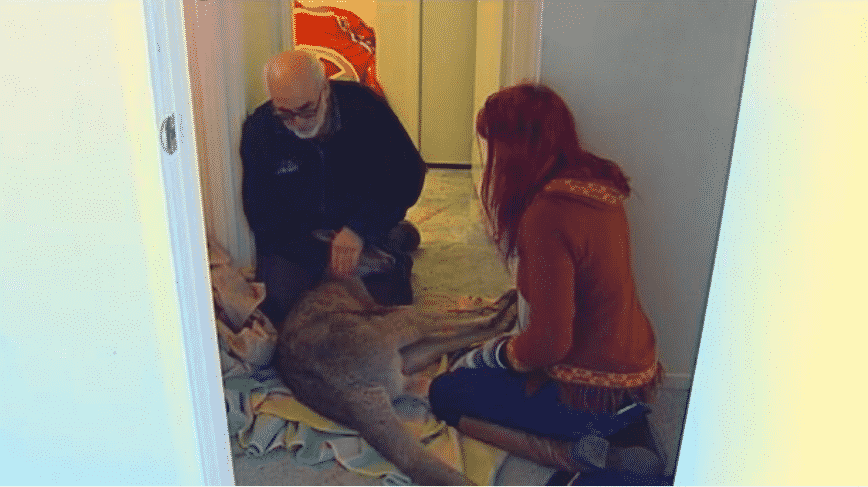 Once the police were informed of the situation, they contacted the Five Freedoms Animal Rescue, a local organization run by Manfred and Helen Zabinskas. They quickly rushed over to the Ahokavo household to help out the kangaroo. 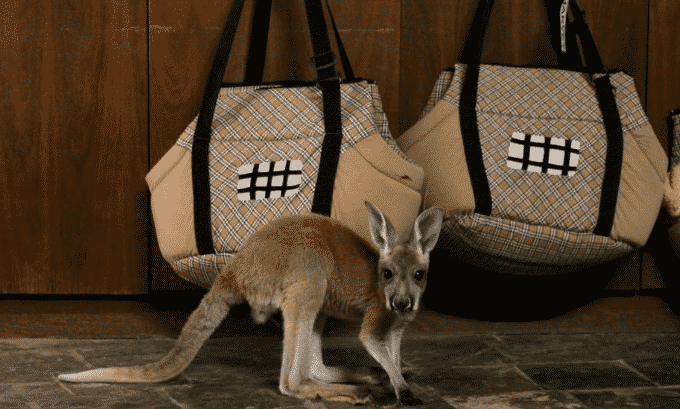 “In a panic, he [had] hopped around the house and smashed the lounge-room window in his attempt to escape,” Manfred wrote on Facebook. “With numerous lacerations from the broken glass, he left each room looking like a scene from ‘Psycho.'” 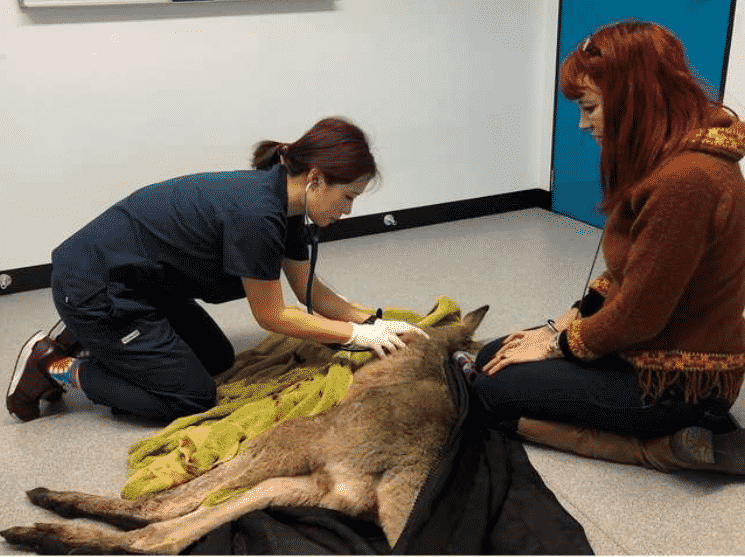 “Eventually, he became exhausted and collapsed at the base of the toilet where the occupants were able to shut the door and lock him in.” After seeing the state that the kangaroo was in, they quickly came up with the perfect name for him: Norman. 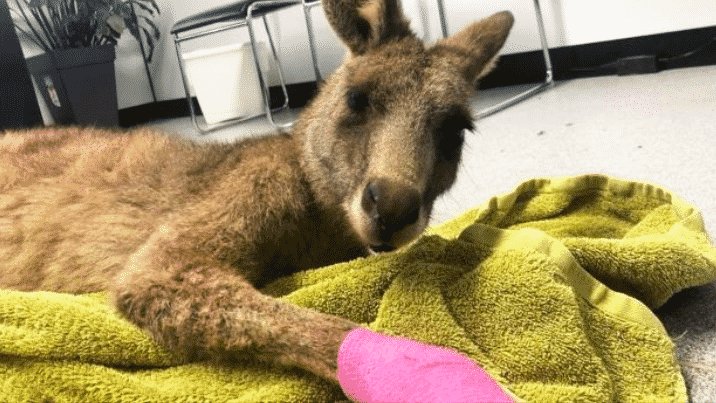 The name Norman was inspired by Norman Bates, the lead character in the classic horror film and novel “Psycho.” Quickly, Manfred and Helen brought the injured kangaroo to Essendon Fields Animal Hospital so he could get his injuries stitched up. 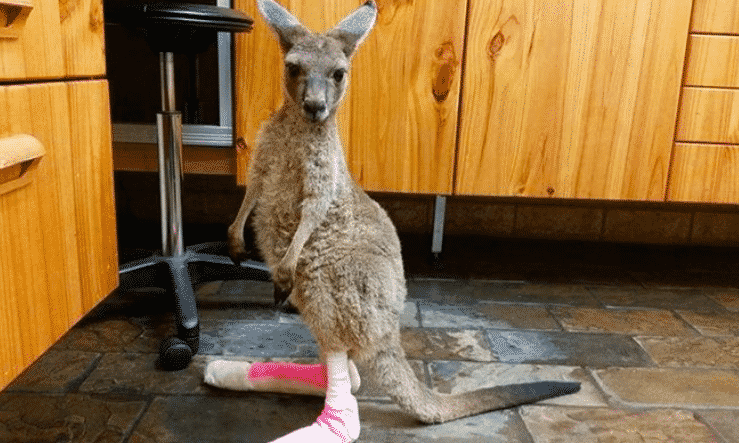 “His wounds are not all that bad considering what he went through,” Manfred wrote. “He had obviously hopped a considerable distance on roads.” Manfred went on to explain how kangaroos have been getting caught up in suburban areas. 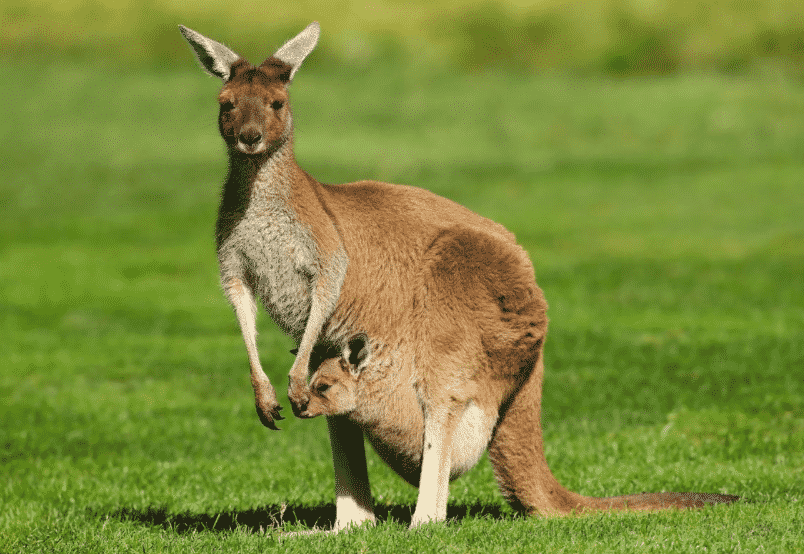 “Kangaroos are increasingly caught up in suburban areas as we continue to build new shopping centers, industrial zones and housing estates into the ever-diminishing areas that are traditionally home to kangaroo mobs. Poor Norman was not all that far from open fields but took a wrong turn into a court and couldn’t find his way home.” 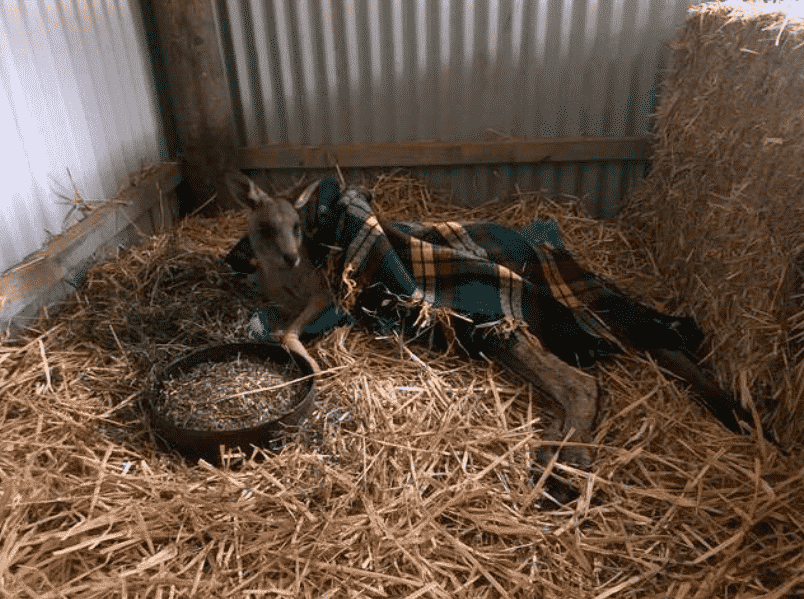 At the hospital, Norman was all patched up and given an adorable bright pink cast! Manfred and Helen then brought Norman back to their rescue center. He was given a warm blanket and his very own room. 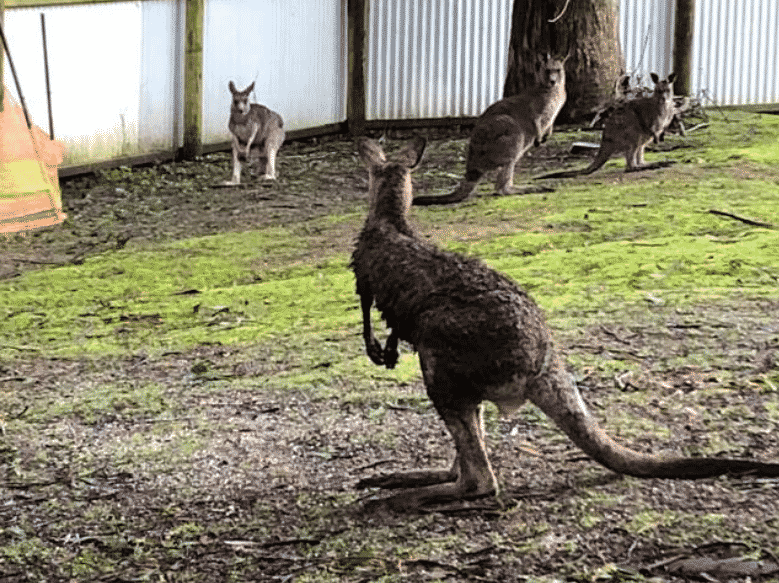 However, Norman soon proved to be quite the wild kangaroo as he didn’t enjoy being locked up inside of the rescue center. He was quite antisocial and enjoyed hanging out by himself away from the other kangaroos. 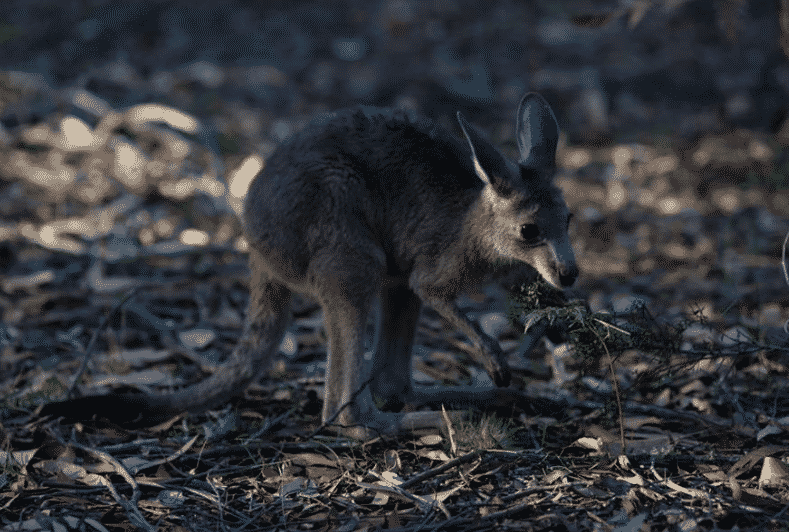 Then one day, the most unexpected thing happened and Helen knew she had to share it with her Facebook friends. “The saga of Norman Bates the kangaroo took another turn this morning!” Helen wrote on Facebook. What happened? 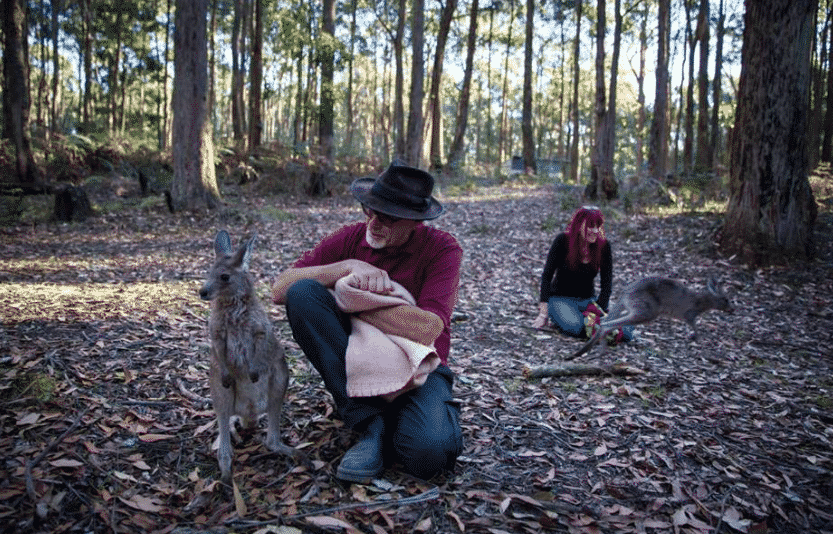 “Norman was having a great deal of trouble coming to terms with captivity and, while he had some of our other kangaroos for company and all of our hospitality provided, he wasn’t happy,” she wrote. Norman decided to take matters into his own hands. 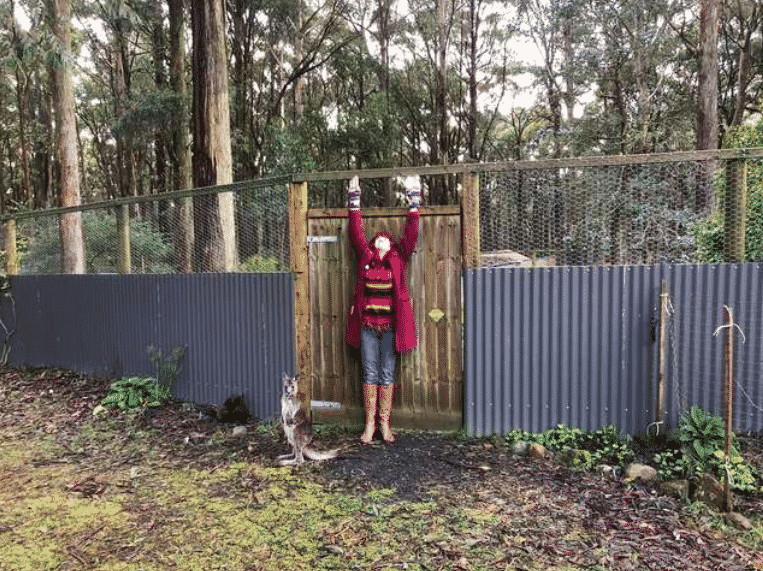 “In fact, he was so distressed by his continued ordeal that after Manfred left for work and when I was delivering breakfast to the enclosure this morning, Norman leapt over our 2.2 meter-high [about 7 feet] gate at the top of our enclosure, the first kangaroo to do so since we built the facility a few years ago.” 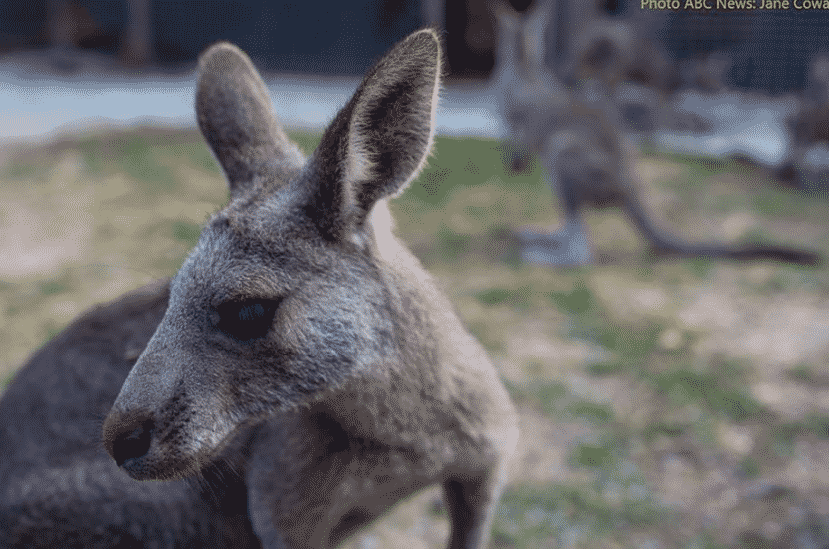 “Norman is probably better off because he was not coping with captivity despite a large enclosure and other kangaroos for company,” Helen told The Dodo. Helen has a lot of faith that Norman will continue to live well out in the wild. 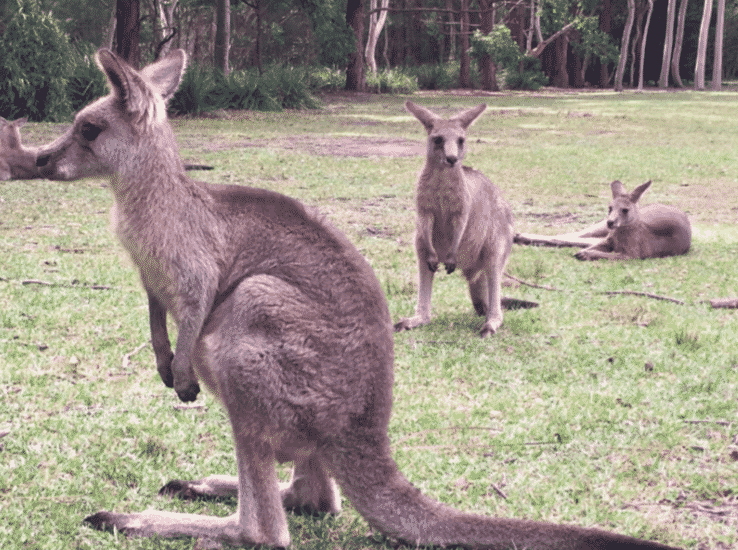 “Amazingly, Norman’s injuries were only superficial and in places where he can lick to keep clean. There are lots of kangaroos living in the forest and plenty of native grasses for him to feed upon. So, we think his chances are pretty good.”