This Tiny Pup Wasn’t Able To Walk, Then A Miracle Happened

When this sweet pup was first discovered by rescuers, she was horribly emaciated and couldn’t walk. Now, with the help of her rescuers, she had been making great strides. You won’t believe the miracle that happened. 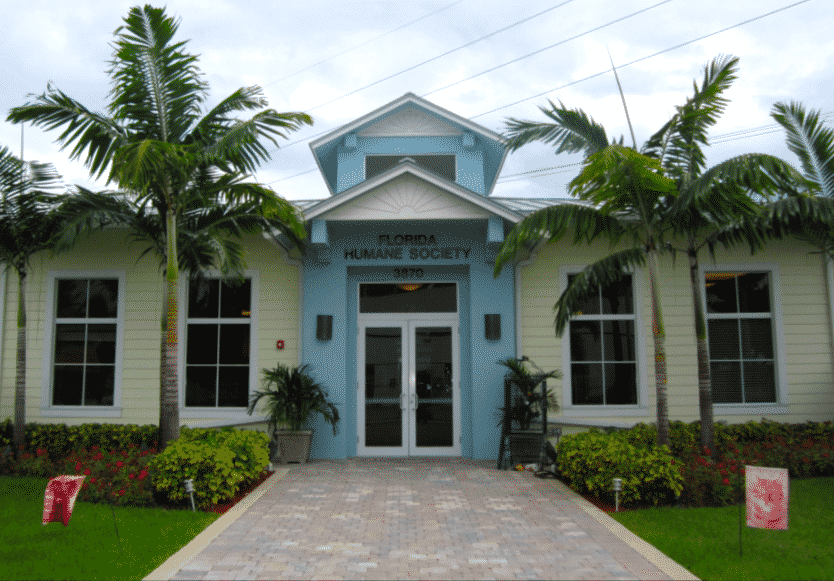 One night in Florida, an animal shelter received the strangest package. There in front of their door was an abandoned puppy… 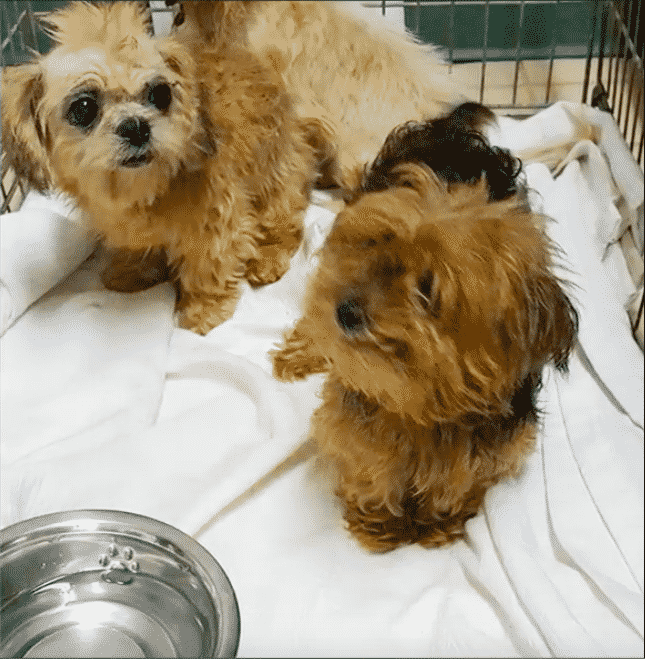 The puppy was a seven-year-old that had been brought over from a puppy mill. She was in a horrible state, as she couldn’t even walk. She was horribly skinny and her legs were disabled. 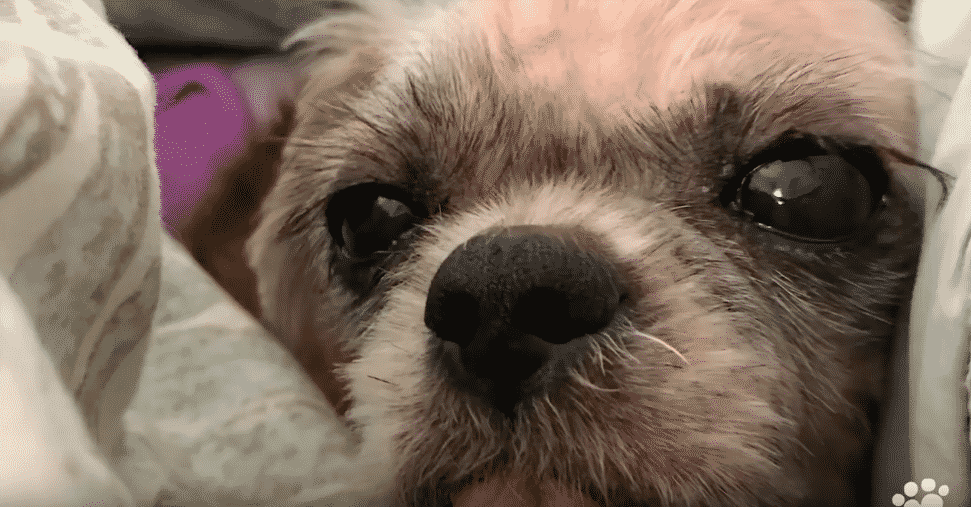 The staff called the dog Winnie and although they wanted to believe in her, her future was looking grim. Rescuers didn’t expect Winnie to ever be able to walk again… 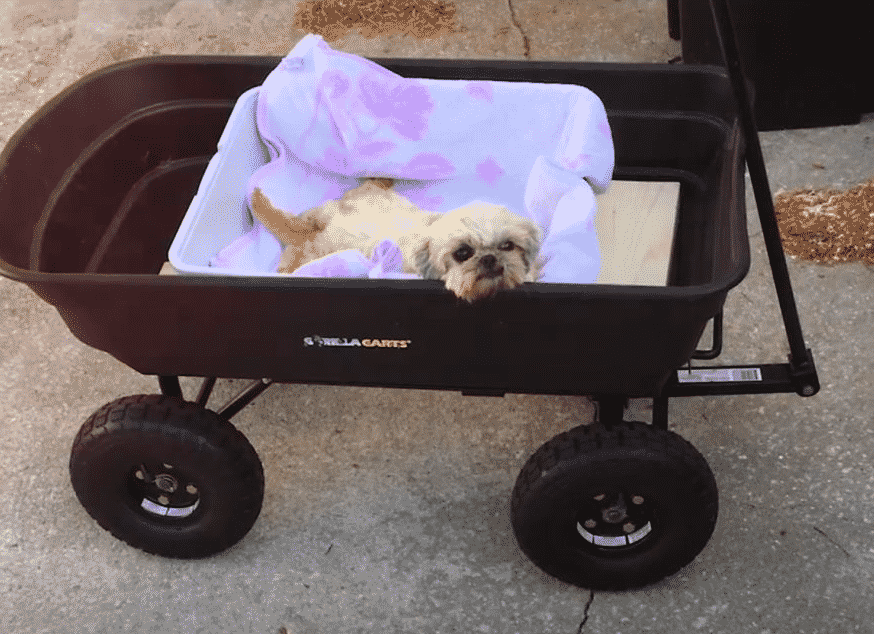 However, there was one person that refused to completely give up on Winnie. Winnie’s foster mom, Stephanie Gordon, didn’t see Winnie’s situation as hopeless at all. 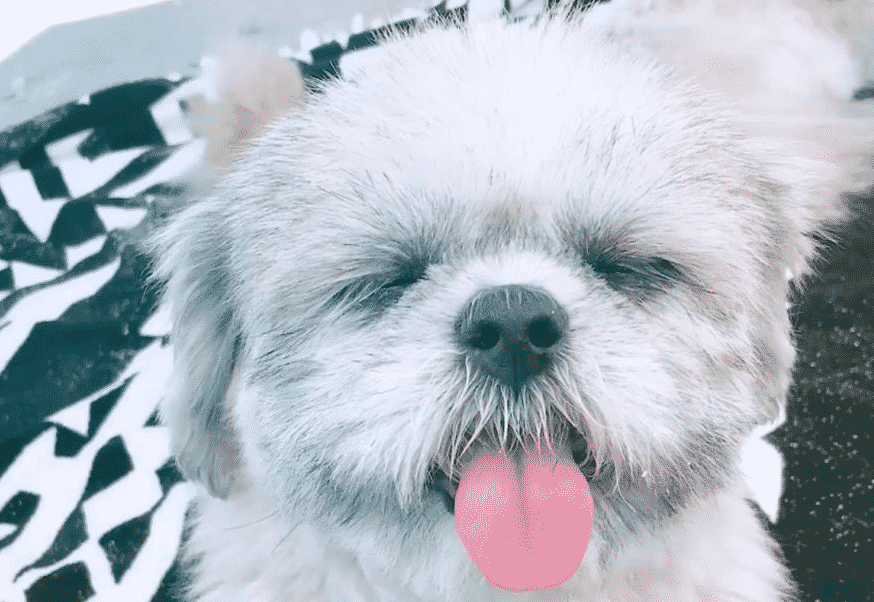 Stephanie was aware of all of Winnie’s hardships and knew that it would take a lot of dedication to help her. However, she wasn’t deterred and decided that she would do whatever it would take to help her walk once again! 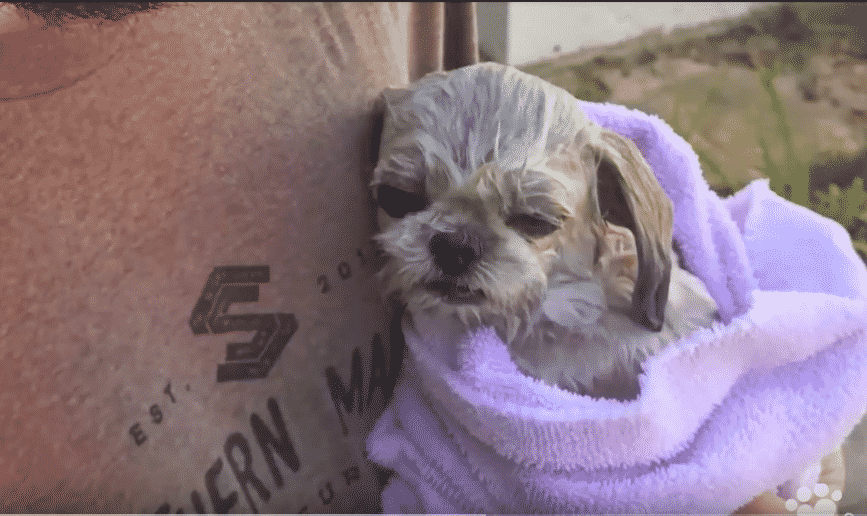 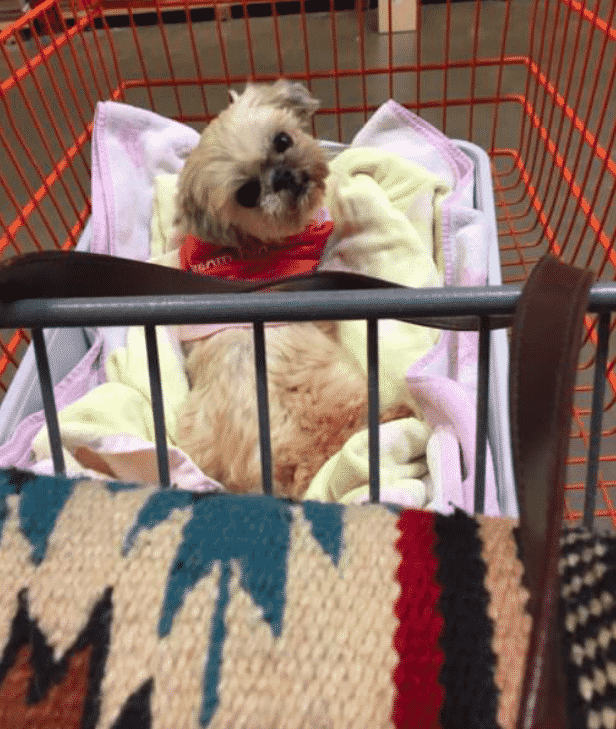 Despite Winnie’s legs not moving, Stephanie didn’t feel discouraged. Stephanie quickly came up with a plan to see if Winnie could move her legs at all. 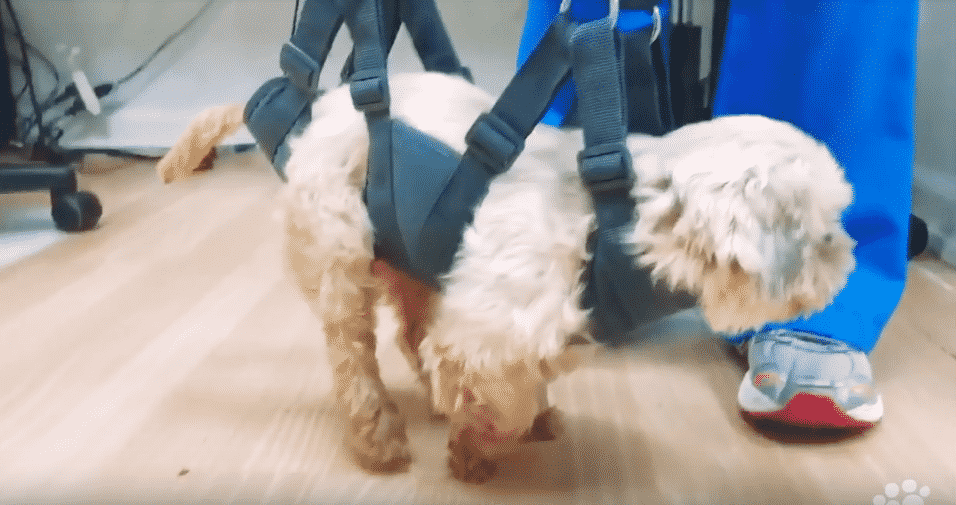 Stephanie placed Winnie inside of a harness and then placed her back in the shower. At first, Winnie didn’t move her legs at all. However, once she turned on the water everything changed. 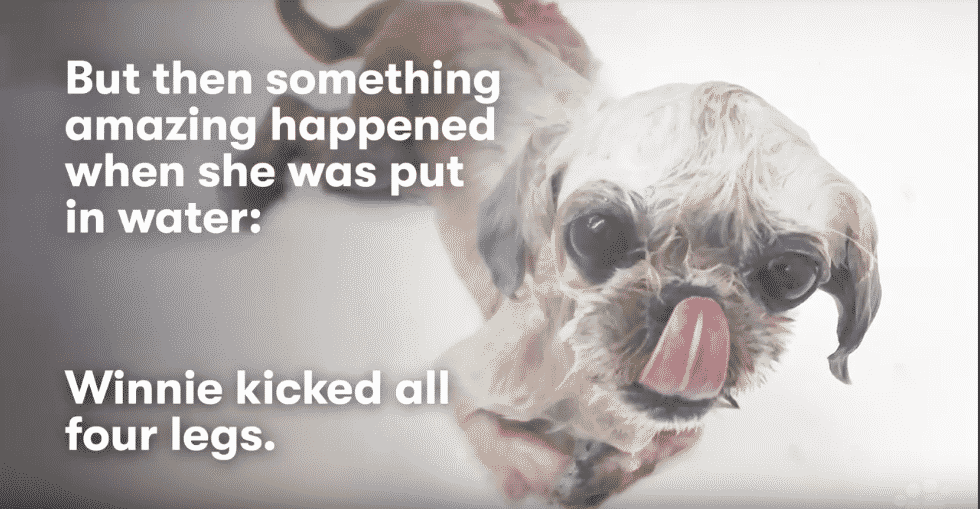 Once Stephanie turned on the water, she was completely surprised by Winnie’s reaction. Once the water was turned on, Stephanie placed Winnie in the water and saw her legs begin to kick! 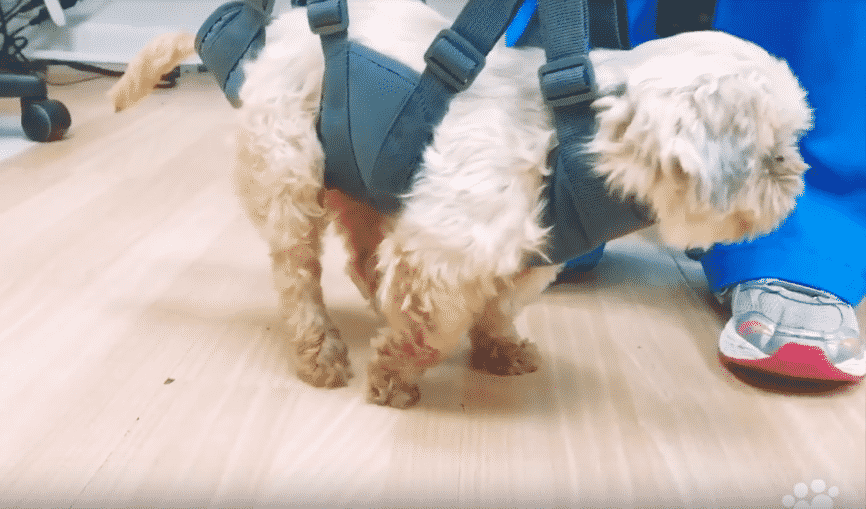 So Stephanie began to have Winnie practice kicking and moving her legs in water. After some time had passed, Winnie’s legs began to get stronger and stronger. That’s when they decided to take a next step… 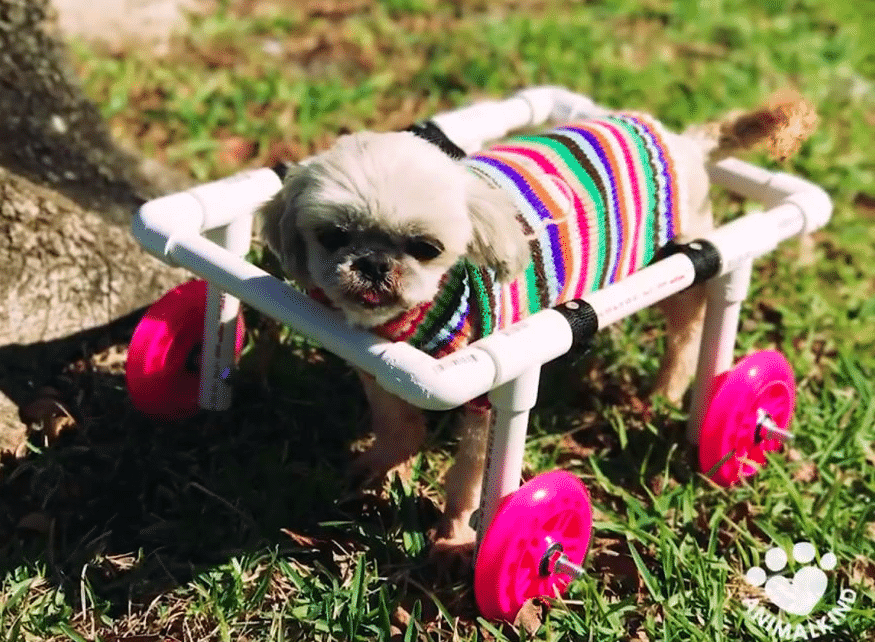 Once Winnie had built up enough strength, Stephanie and her husband decided to build something to help get Winnie started on walking. So they built her a custom cart with wheels that were placed all around the pup. 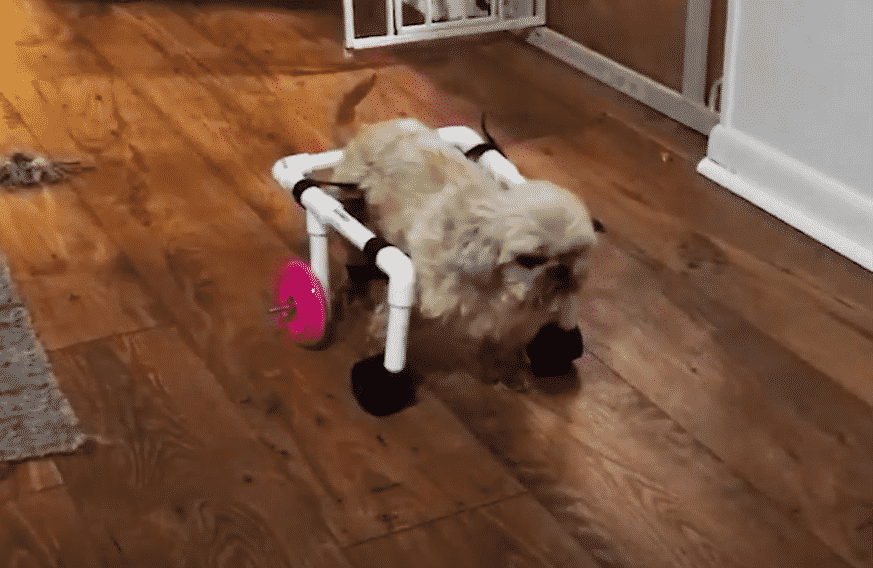 The couple thought that the cart would at least allow Winnie to stand on her own while she was placed in it. However, Winnie blew them both away by her reaction when she was finally placed in the custom cart. 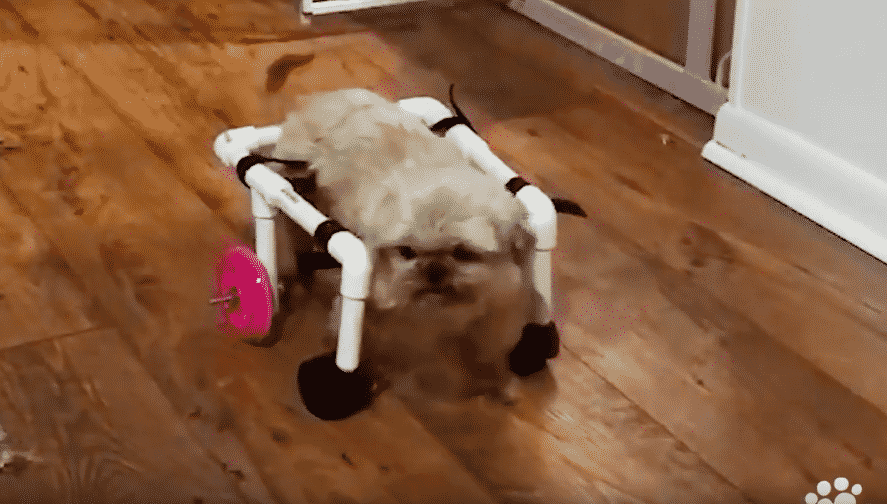 As soon as Winnie was placed inside of the cart, Gordon and Stephanie were blown away. Winnie began to walk with ease and made her first few steps forward without a problem. The couple was thrilled! 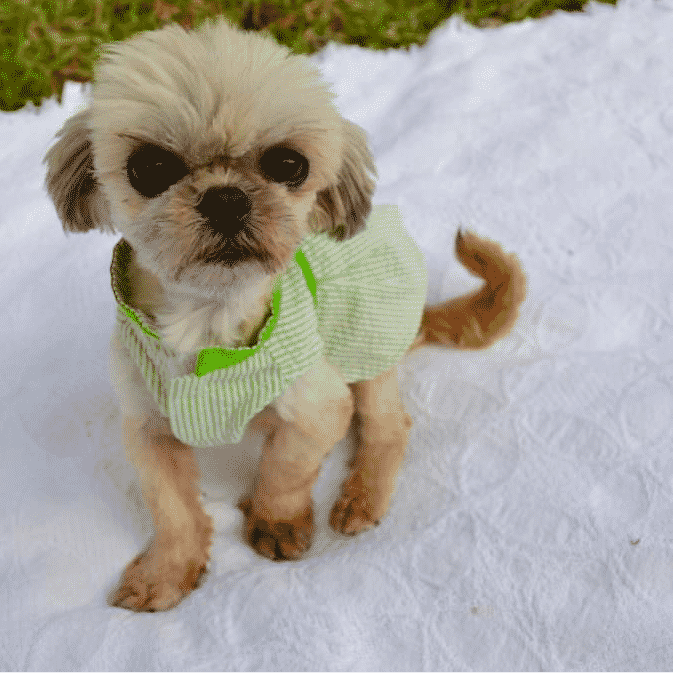 After vets had seen Winnie’s progress in her cart, they had some very good news for Gordon and Stephanie. It seems that Winnie would be able to have full use of her legs sooner rather than later. 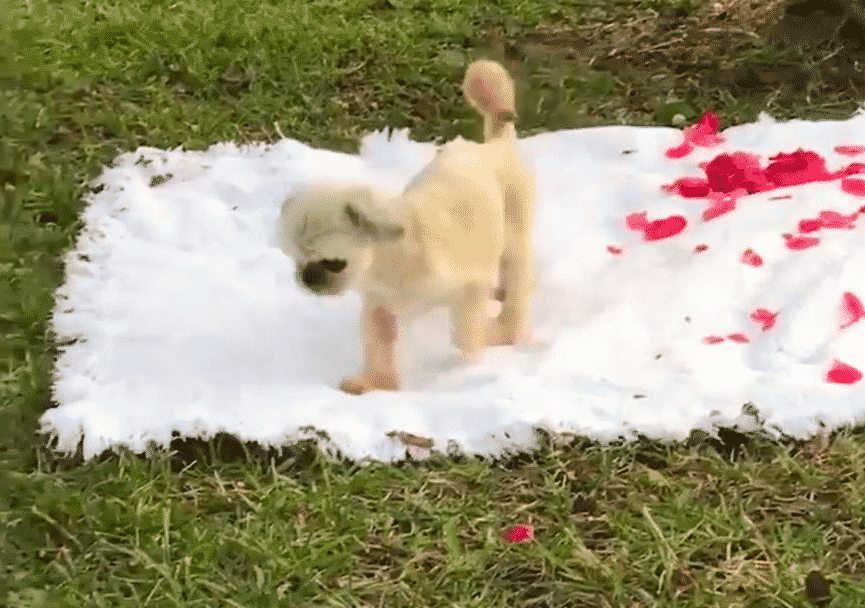 Vet’s informed the couple that Winnie should be able to have full use of her legs in just 3 months time. However, Winnie once against exceeded everyone’s expectations when she started showing her independent nature earlier. 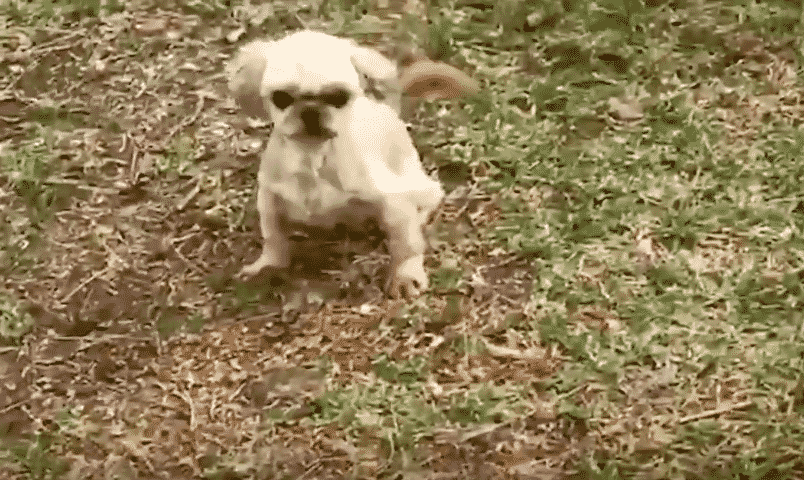 However, Winnie began walking even sooner! After just a few weeks of walking in her cart, Winnie soon took her first steps on her own. Stephanie was beyond excited. 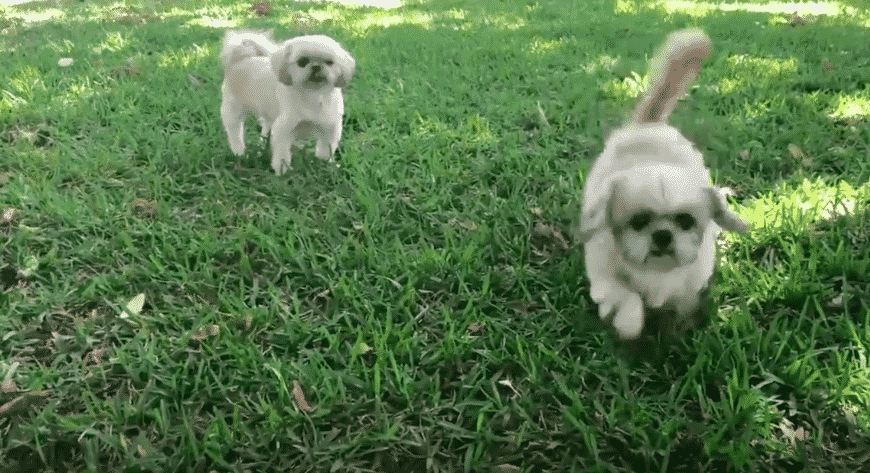 Winnie now moves at top speeds when she wants to! “We were super excited, super hopeful, and super proud,” said Stephanie. “If she doesn’t want you to catch her, you can’t catch her.” 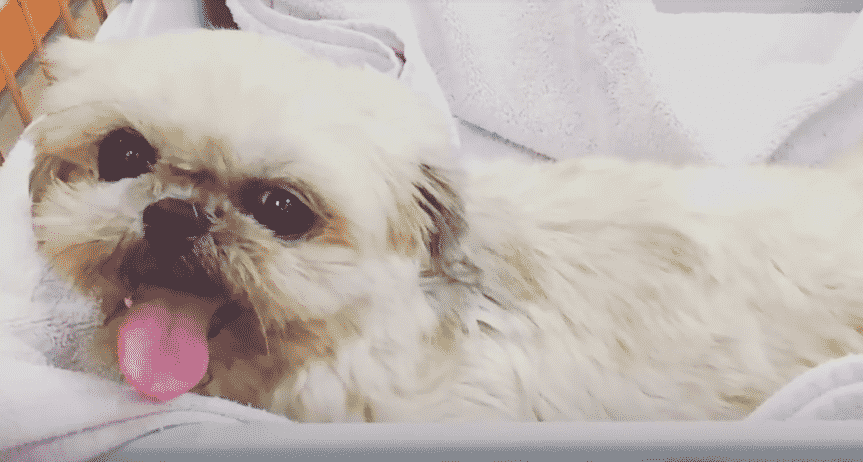 Winnie’s foster parents soon decided that they wanted to keep her forever. So Winnie finally found her forever home and it was with parents that chose to never give up on her! 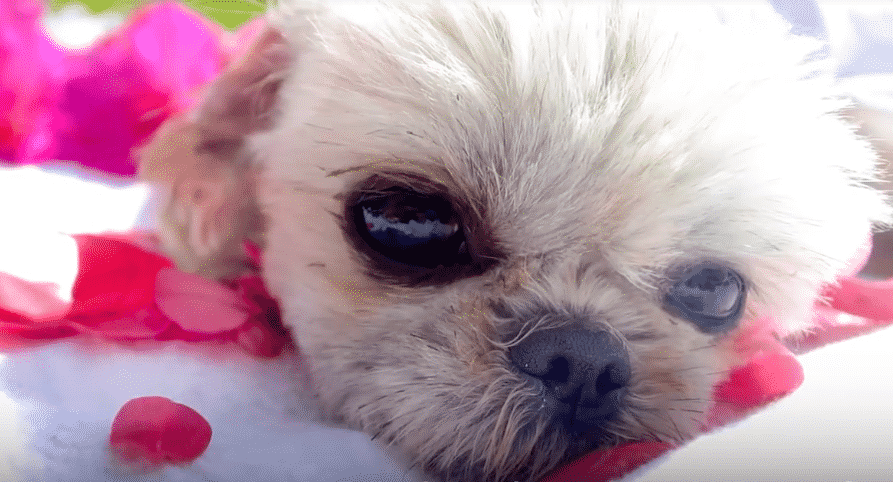 “I knew we were going to adopt her the moment I saw her. Even if I had to carry her around for the rest of her life.” Winnie, however, has proven that she had a desire to live her life independently, despite all of the obstacles against her.

Thanks to the dedication that Gordon and Stephanie showed Winnie, she is now able to walk all on her own. When everyone else had chosen to write her off, her forever family decided to work with her and now Winnie is doing better than ever.