This Baby Deer Was Drowning, Thankfully This Man Saved The Day

This baby deer was drowning in the middle of a lake and was struggling to stay afloat. When one man saw what was happening, he quickly jumped into action. You won’t believe how it all turned out! 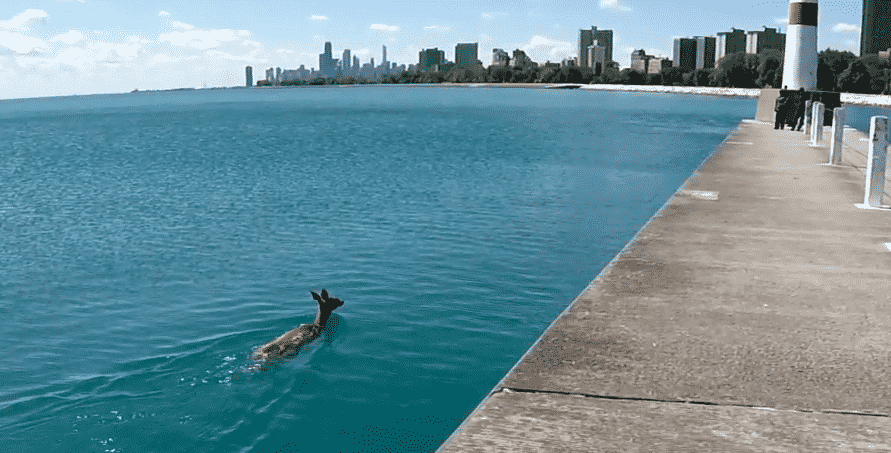 It was a nice day out on Lake Buchanan in Texas. Everything was going well until visitors at the lake noticed something tragic. There was something strange in the water… 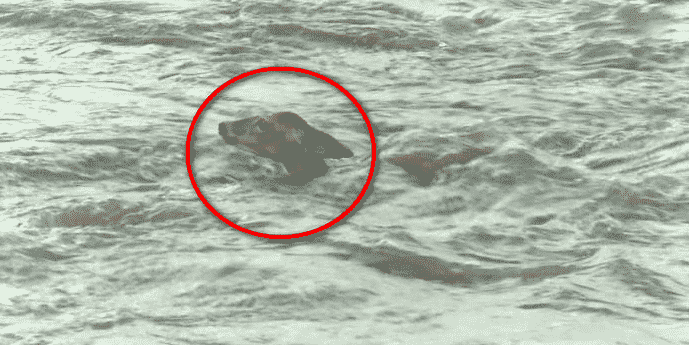 Visitors at the lake quickly noticed that there was something bobbing around in the water. When they got closer they noticed that it was a baby deer and it was drowning! 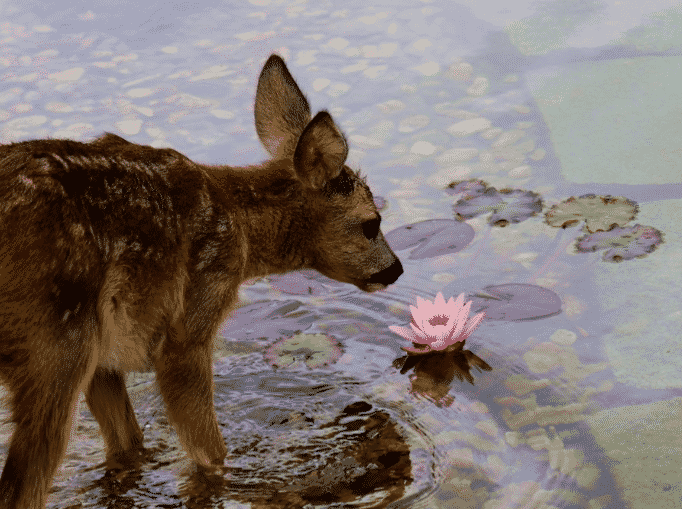 The baby deer had somehow fallen in the water and had no idea how to get out. Things weren’t looking so good for the little deer so the bystanders decided to take action. 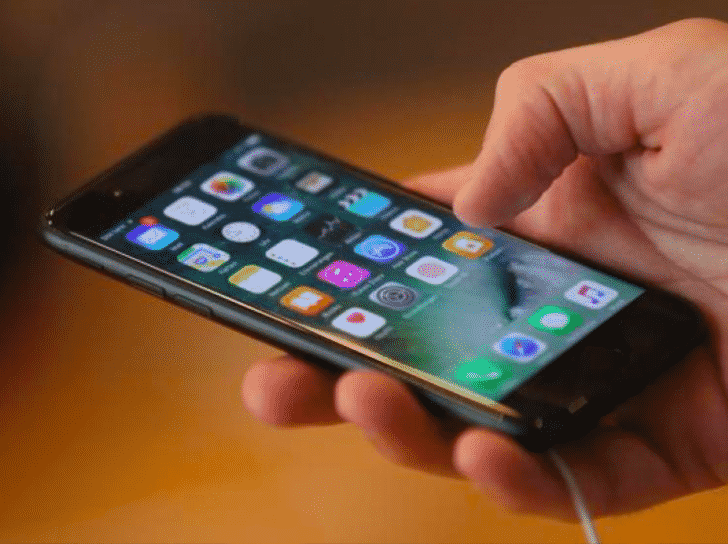 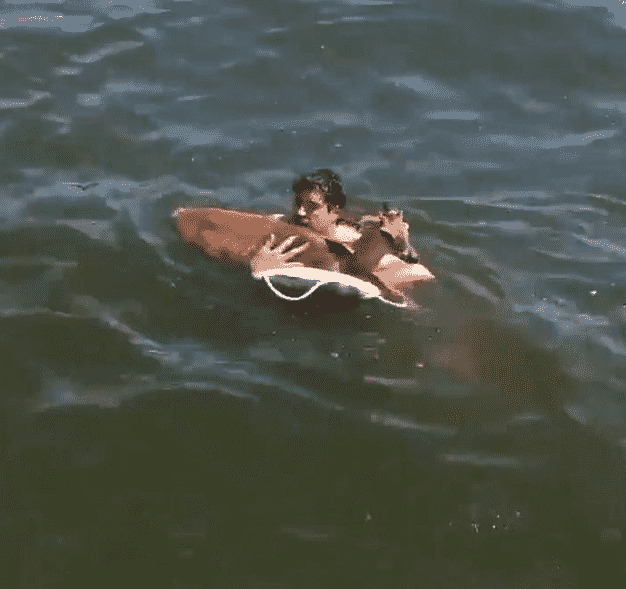 It was Montgomery County Precinct 1 Constable’s Office that responded to the call. However, by the time they arrived on the scene, a local resident had already taken matters into his own hands. 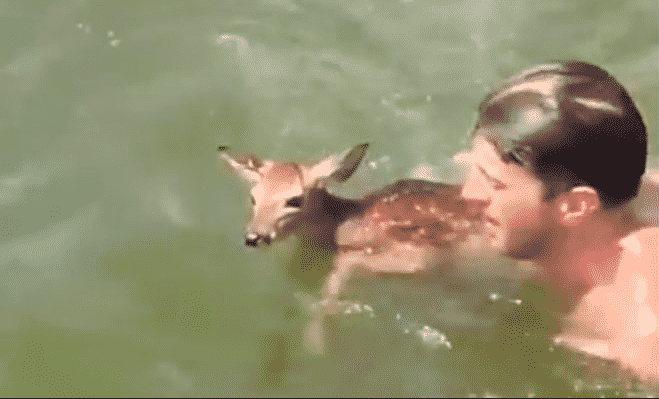 A man had been out on the lake on his boat with a pal when he spotted the drowning deer. He knew that he couldn’t leave the deer out there and not help so he quickly jumped into the water. 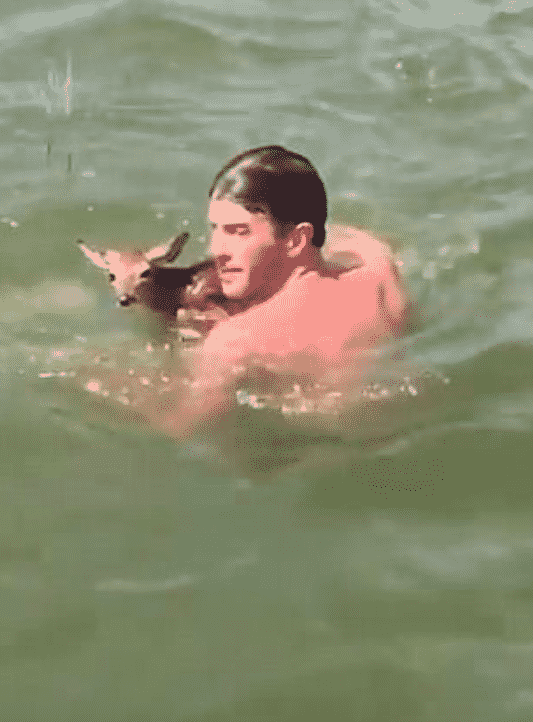 The man swam his way over to the baby deer and soon reached it. He quickly grabbed its body and began to swim back over to his boat. 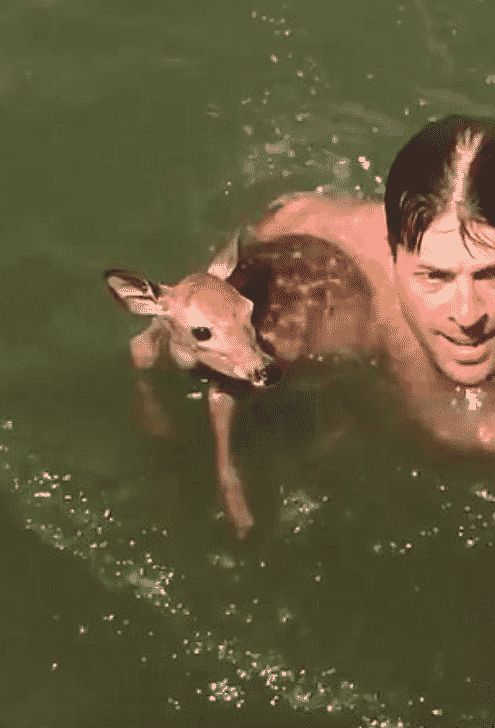 Finally, after swimming toward the boat the man had reached it with the baby deer in tow. The man’s friend had been filming the heroic act from the moment he jumped into the water. 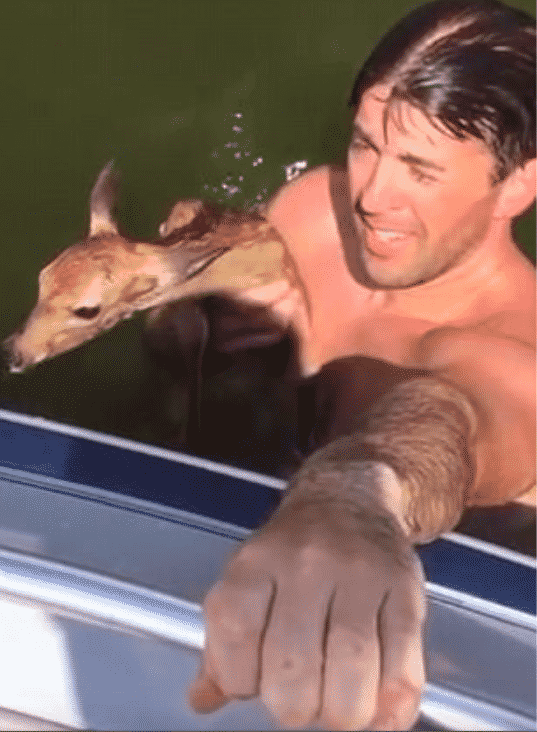 In the video you can hear the friend say, “Are you going to get her up and put her on your boat?” The man had a quick and simple respond to his friend. 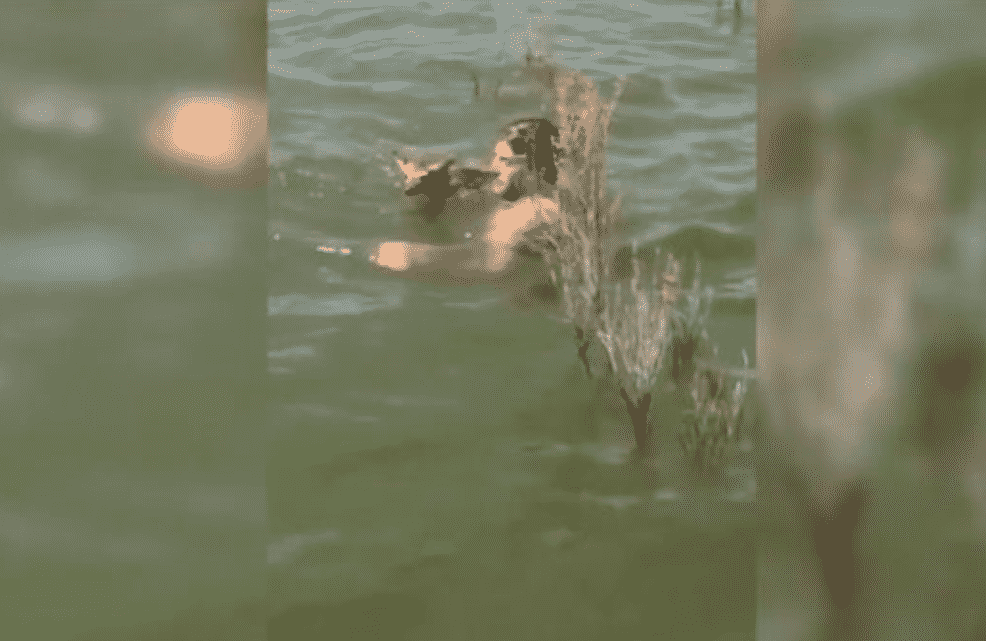 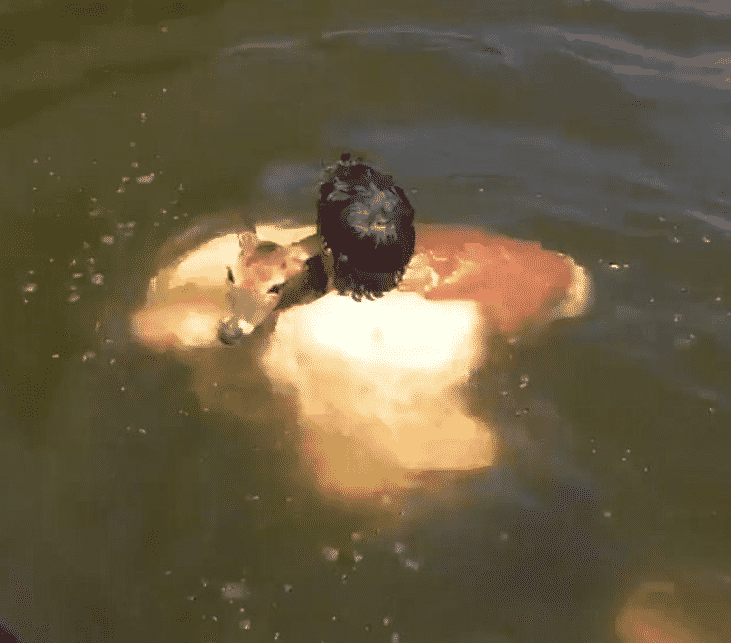 The man then quickly handed over the baby deer to his pal who placed her on the boat. Then the man lifted himself up and got back on the boat himself. 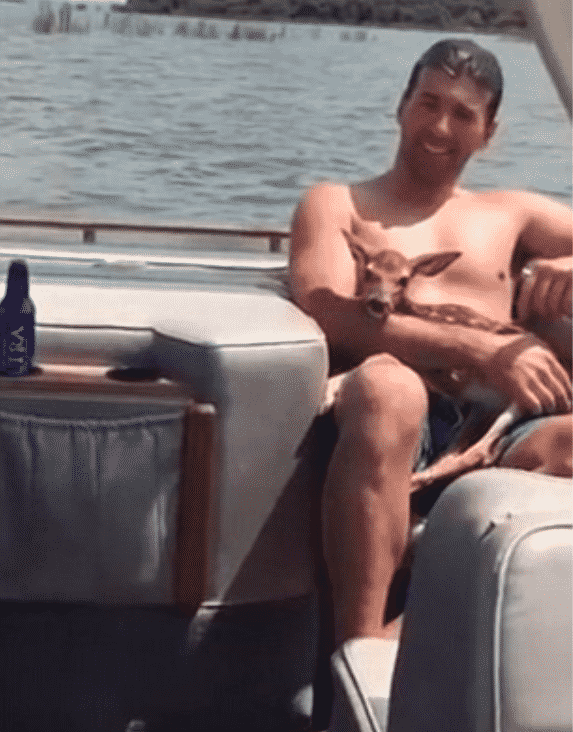 Once the man was on the boat, he grabbed the baby deer and placed her in a towel. Then the two cuddled up to one another. Finally, it was time for them to make their way back over to land. 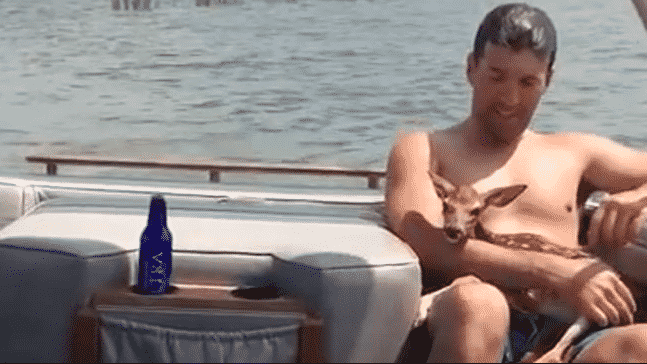 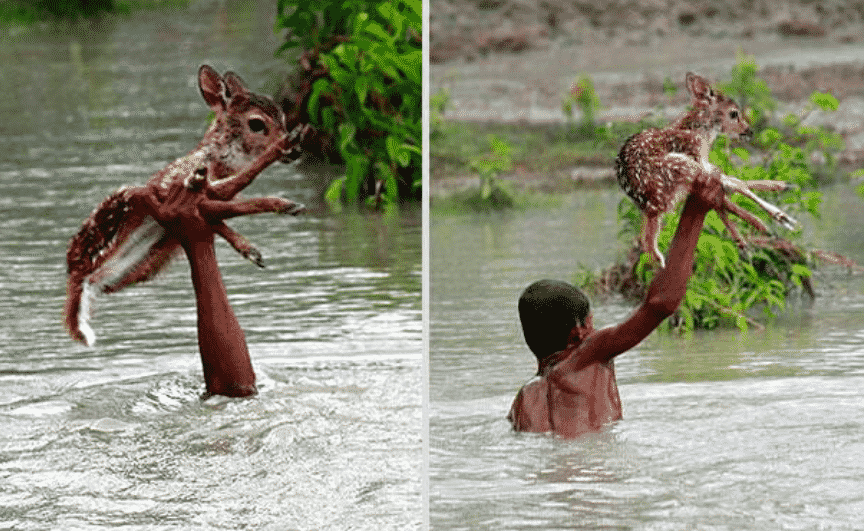 Once the men were close enough to the dock, the officers assisted them with bringing the baby deer onto the ground. It took the deer a while to get her land legs back, however. 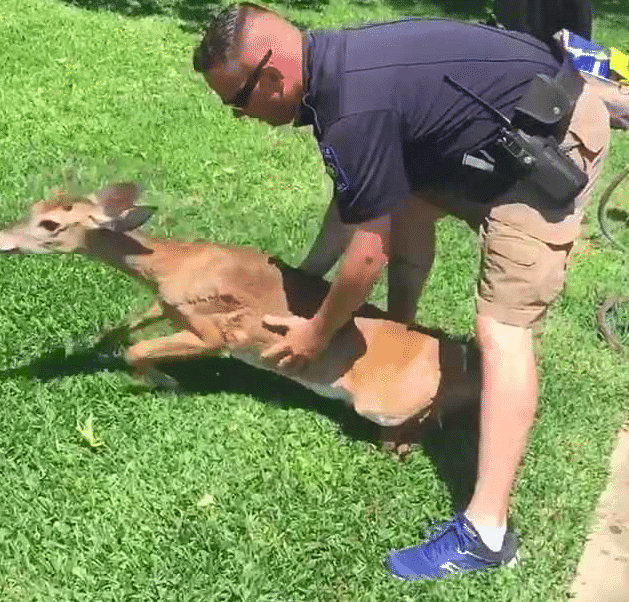 When she was placed on her feet, she was wobbling all over the place. “Take your time buddy,” the officer says.  The cute deer slowly but steadily gathered her strength. 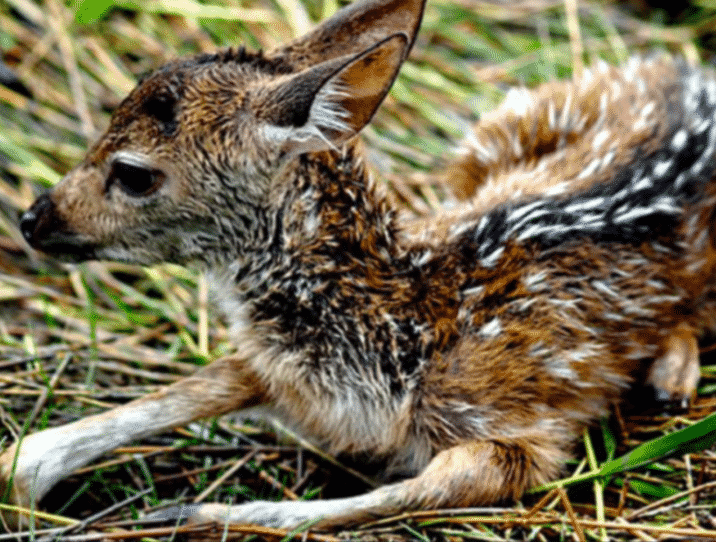 “She’s going to need a little rest,” the hero stated. So they let the deer gather up her strength so that she could make her way back into the woods.

4. Back To The Woods 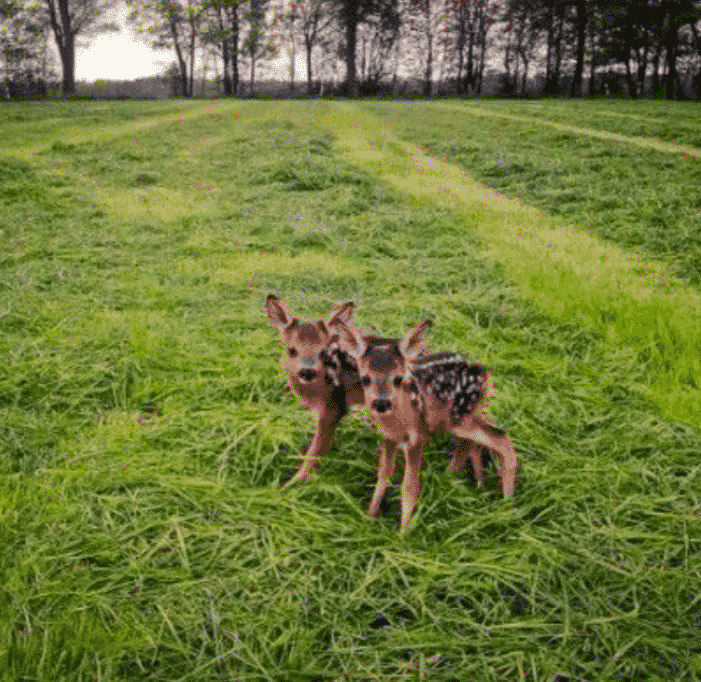 Eventually, the little baby deer gathered up her strength and began to head back into the woods. Everyone cheered her on as she made her way back home. 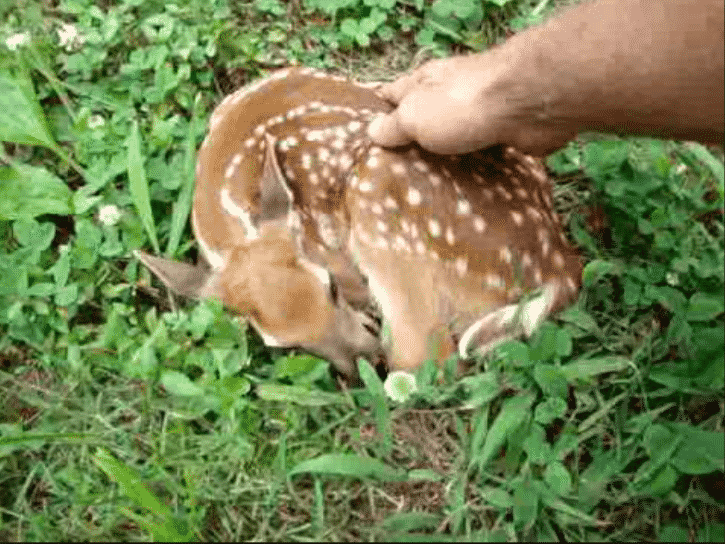 The hero that rescued the deer from drowning feels very good about the decision that he made. He knew he couldn’t very well leave the baby to drown. 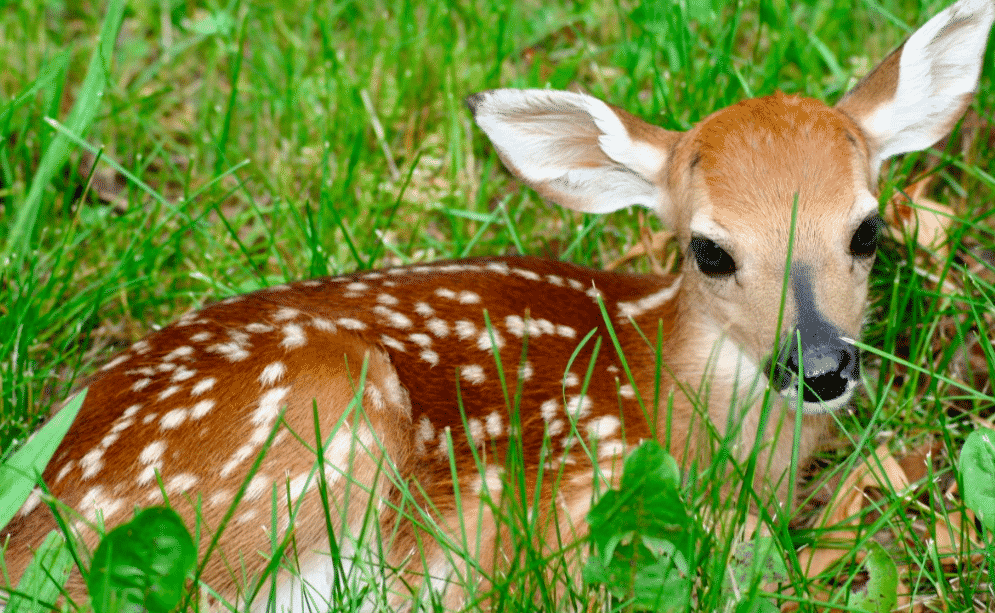 Now, this baby deer will go on to live out its life. Things could have ended abruptly for this one baby if the man and his friend hadn’t been out on their boat that day. 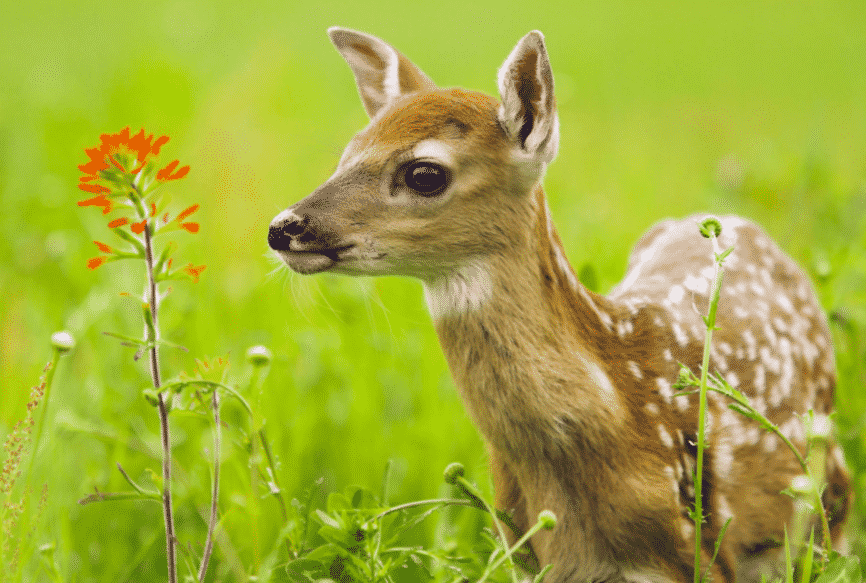 It is amazing to see that there are such wonderful heroes out there in the world. Thanks to one man’s heroic efforts, this baby deer had been given a great second chance at life.