Mama dogs and their babies can get just as attached to each other as we do with our babies. When these 12 puppies were separated from their mom it was a devastating moment. Luckily, some humans managed to bring them back together and the end result was out of this world. 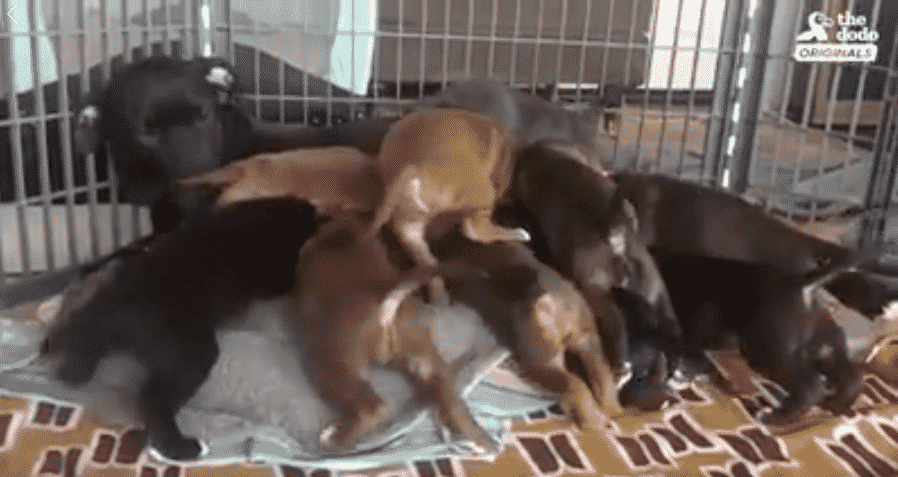 Is there anything sweeter than a family reunion? When one mama pup was reunited with her 12 puppies they were incredibly thrilled. You won’t believe how this family played out. 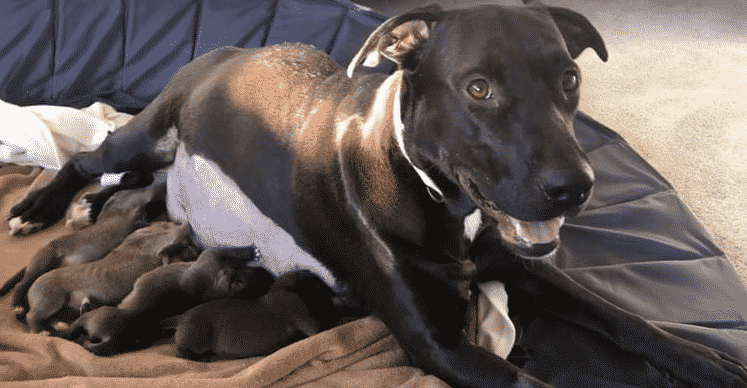 Meet Bess, a stray dog who was wandering the streets all on her own. Her story begins in Tennessee where she was living. It was a hard life… 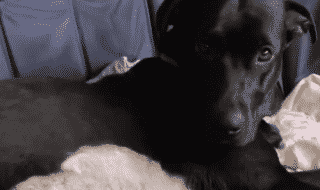 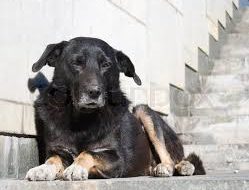 One day, the universe seemed to align things in Bess’s favor. She was discovered on the streets by author Tracey Stewart and her husband. They instantly fell in love with Bess. 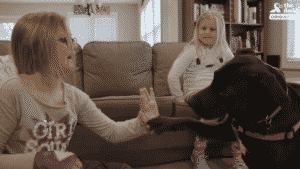 Stewart and her husband promptly brought Bess into their home. Finally, Bess would have a safe place to give birth to her pups. However, no one expected her to give birth to such an enormous litter! 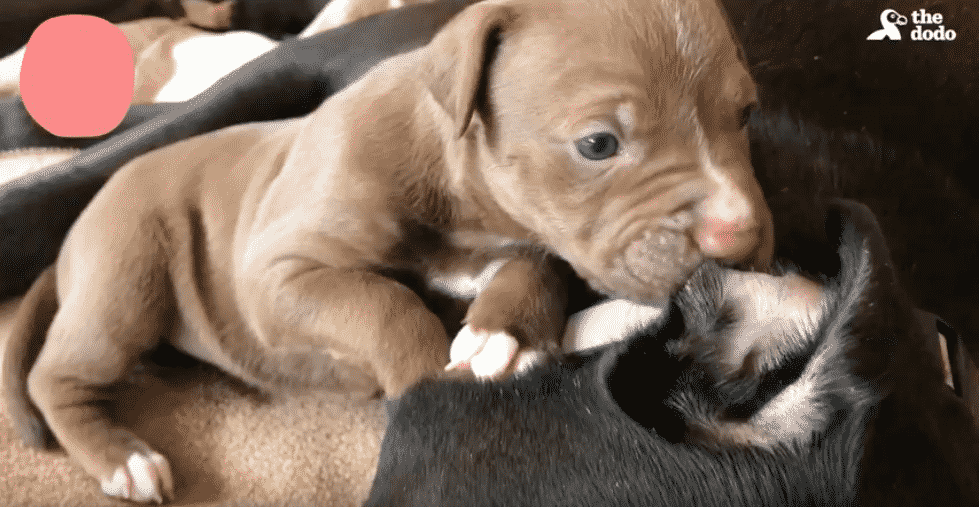 The typical litter size for a dog like Bess is around 6-8 pups. So the Stewart’s were expecting the litter to be something of that size. However, what they ended up with was mind boggling. 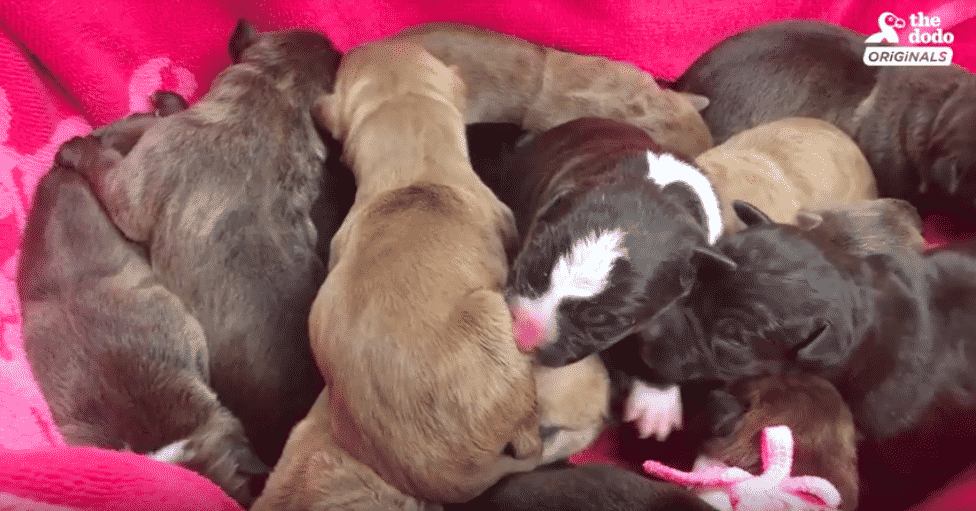 Bess ended up giving birth to 12 puppies! A caregiver, Vyolet Jean Savage, recalled how the event played out. “The doctors came out and told us that there was a chance that, because there were so many puppies, they probably weren’t all going to make it.” 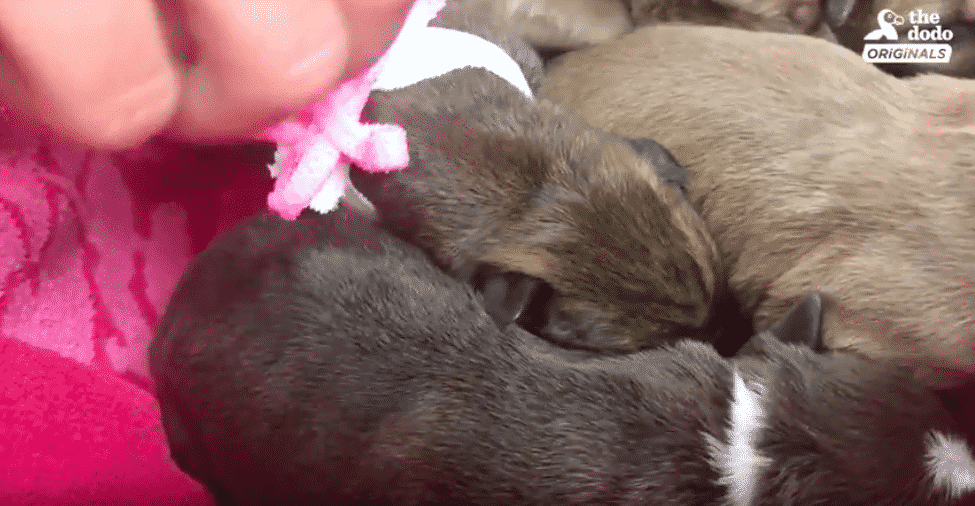 Everyone was especially worried about the runt of the litter, a puppy that they named Burrdie. Burrdie had gotten stuck inside of the birth canal for a few hours and no one was sure if she would make it. 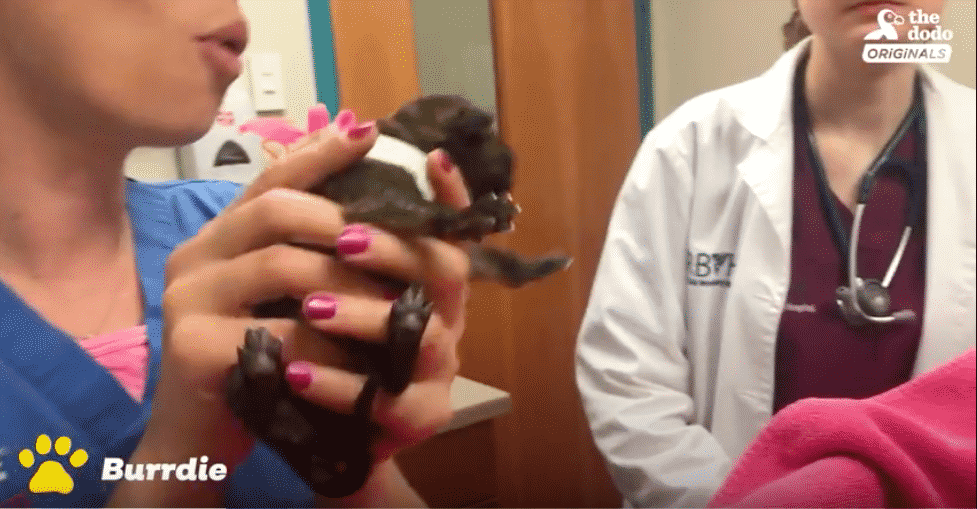 Burrdie was in need of extra care and the animal hospital had tied a pink ribbon around her neck to signify this. Tracey Stewart and comedian husband Jon Stewart were pretty distraught by the idea of the puppies not making it. 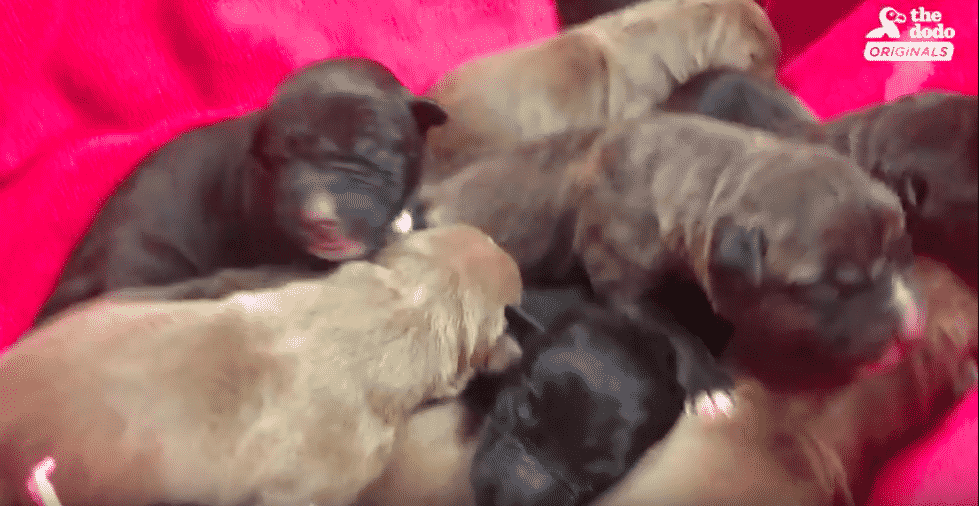 The couple happens to run a 45-acre sanctuary and sustainable farm in Colts Neck, New Jersey. “We decided to bring all the puppies back to my house. I had to tell my husband that we were going to have to take out the living room furniture, the dining room furniture…” 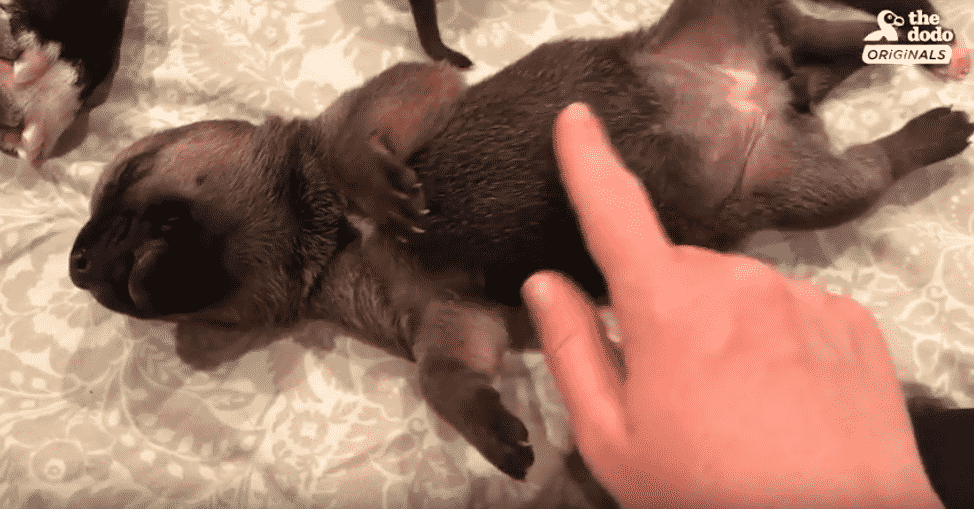 Tracey began to take care of Bess and the pups. Jon even called in volunteers to help care for the puppies. Soon, they began to see great improvements in all of their health. 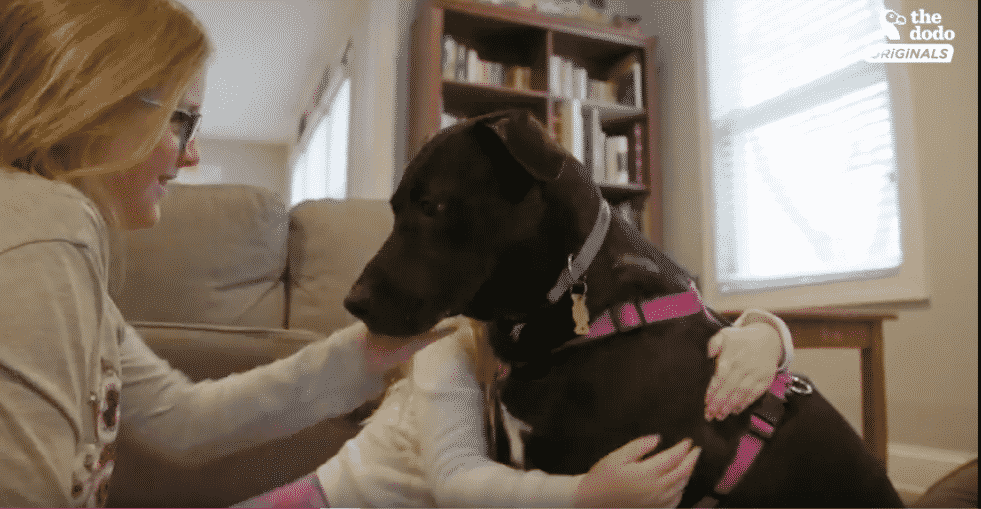 While the Stewart’s contemplated keeping the entire gang, Bess wound up getting adopted. Susan Zaleski brought Bess home with her and was quite happy with the decision. Soon, each pup would get adopted one-by-one. 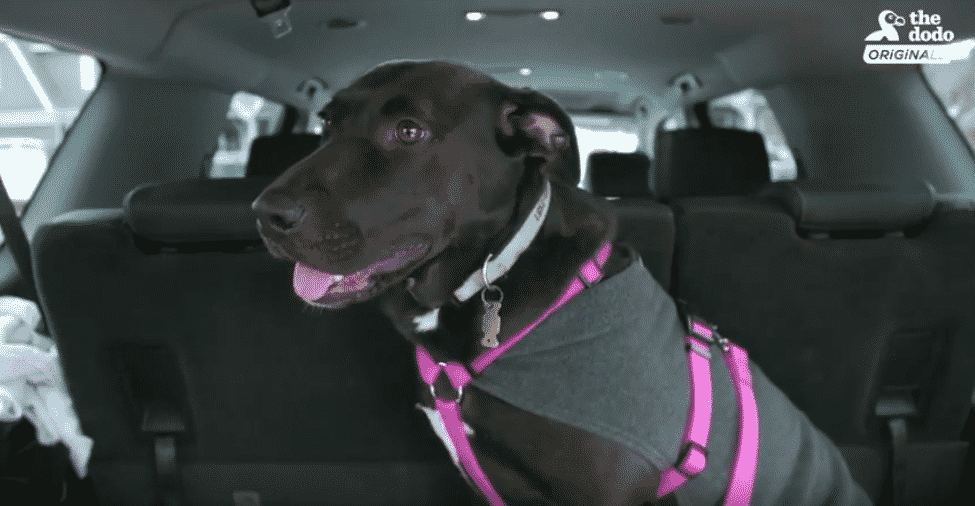 Soon everyone was adopted and in loving homes. However, after spending 10 months away from each other, all of the pup’s owners decided to reunite the clan! They all decided to have one big birthday party. 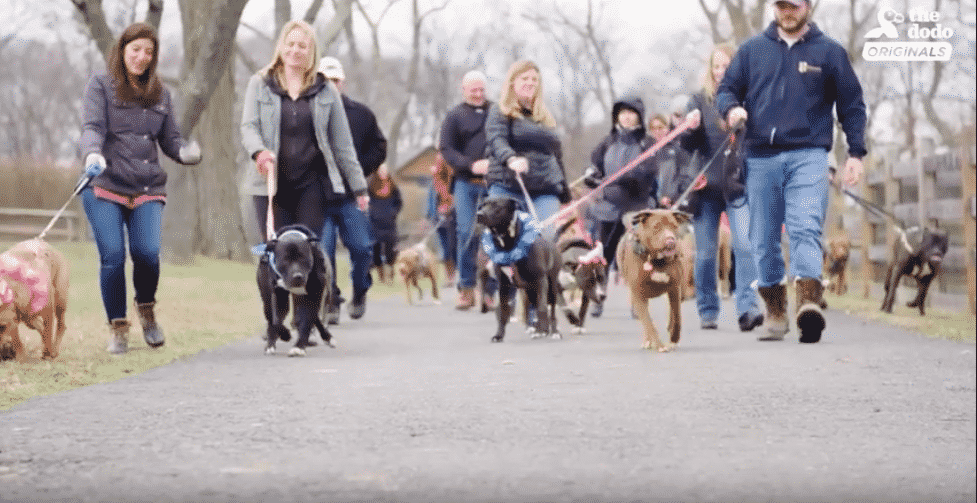 Everyone was in attendance: Bess, Burrdie, Ginny, Gracie, Osa, Louis, Drake, Rupert, Ranger, Seven, Sandy, and two dogs named Ruby. Everyone was dressed in birthday hats and ruffs. It was an adorable reunion. 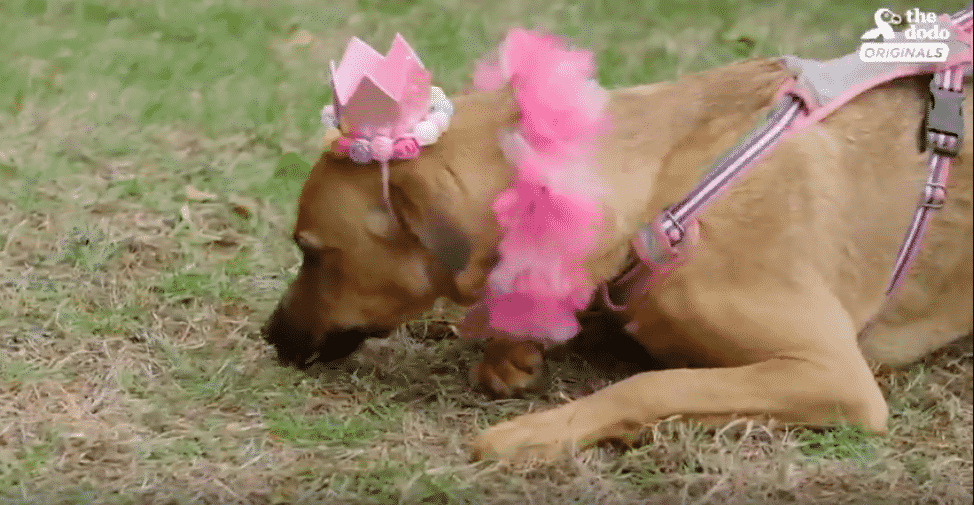 Burrdie’s owner even dressed her up in a pink ruff to commemorate her survival. Tracey Stewart was so touched by the owner’s thoughtfulness. 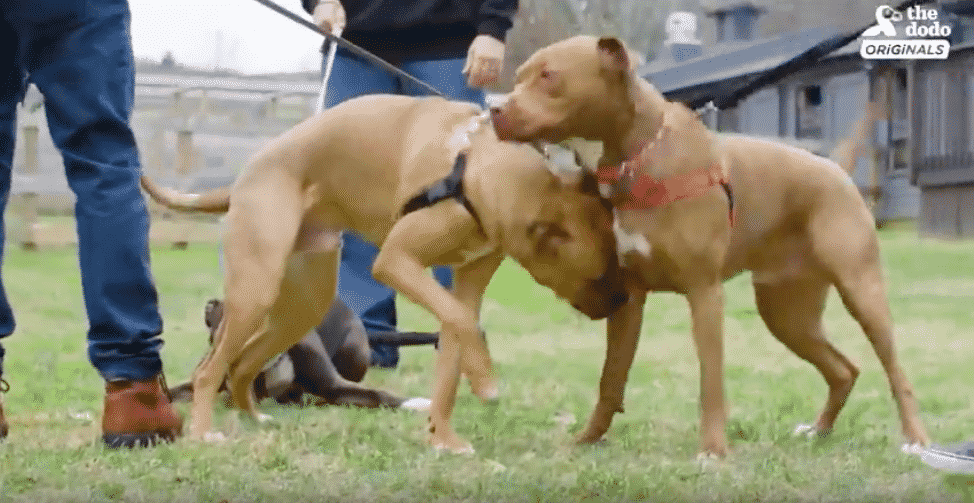 “It’s nice to feel like this birth is actually creating a community around it,” she said. “My hope is that we get to have this every year and this goes on for years and years and years to come.” 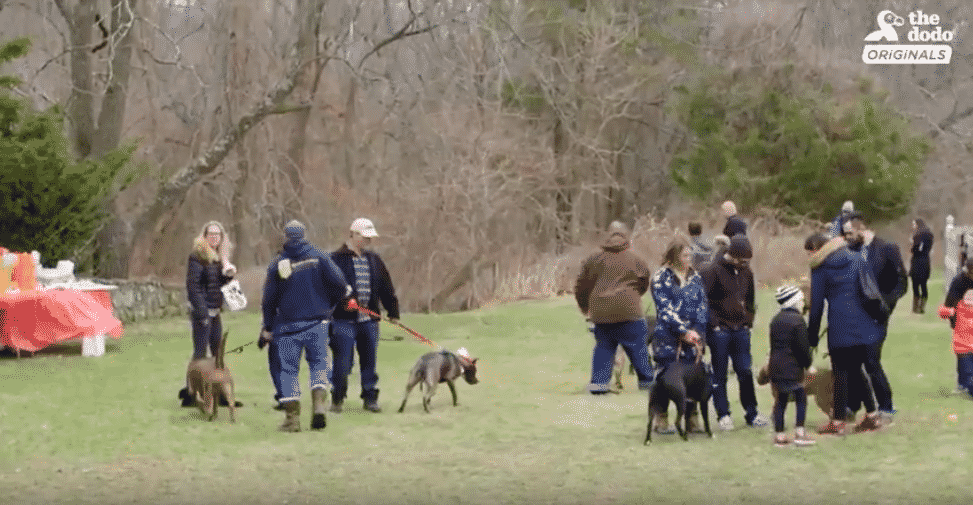 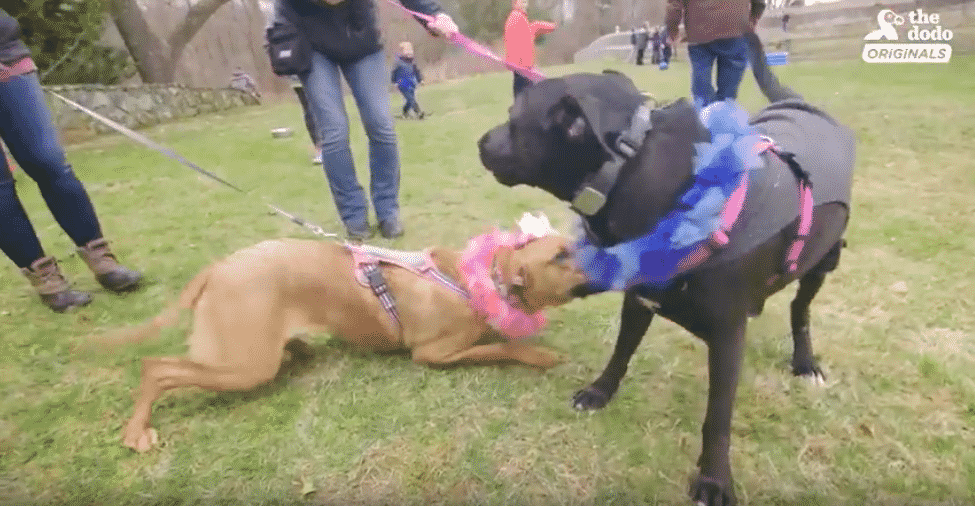 The interaction was so amazing that everyone decided to videotape it all. The video was so heartwarming that it has since received over 17 million views. 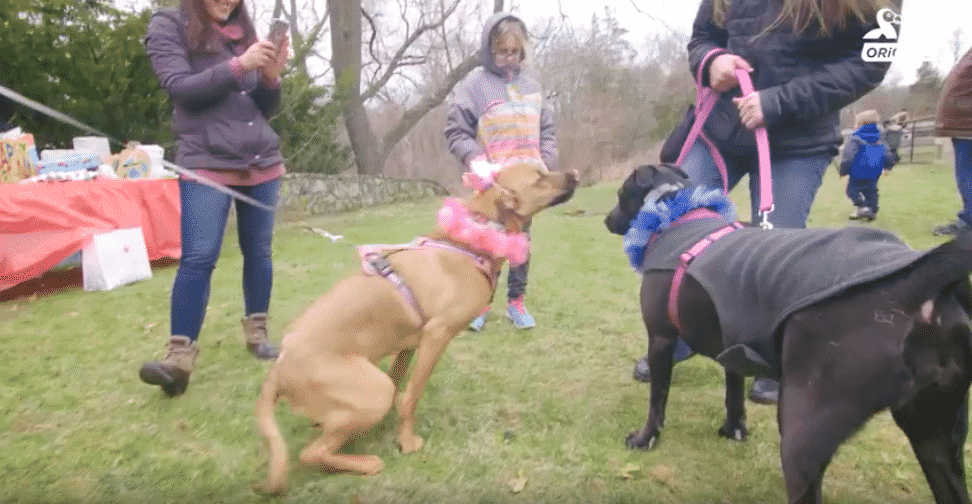 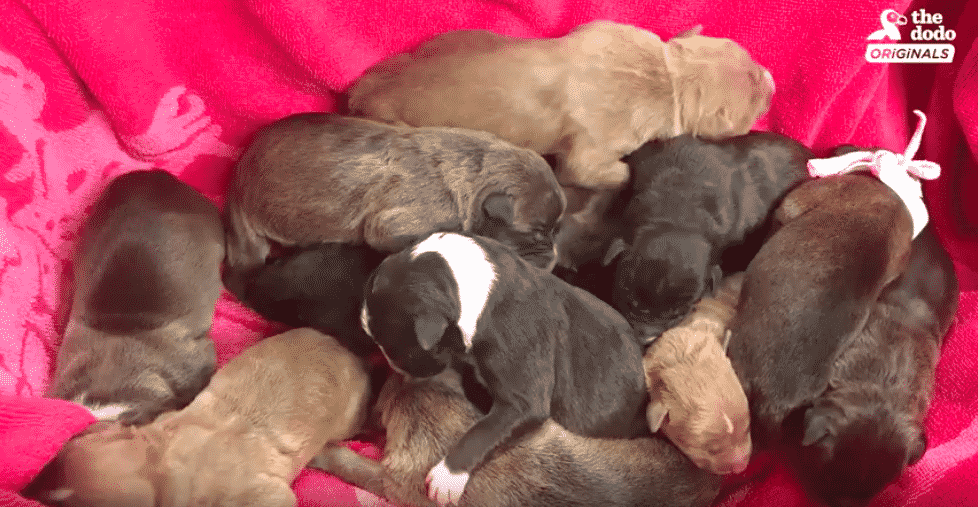 Bess has shown how strong and undying a mother’s love can truly be. It’s no wonder that the video of the reunion received so many views.