When Hope for Paws got a phone call about a scared and abandoned Cocker Spaniel they knew they had to act fast. However, dog rescues are far from simple. You won’t believe the lengths these animals rescuers went for one little dog!

Hope for Paws is a nonprofit animal rescue group based in Los Angeles, California. The organization works hard to help improve the lives of homeless and injured animals. 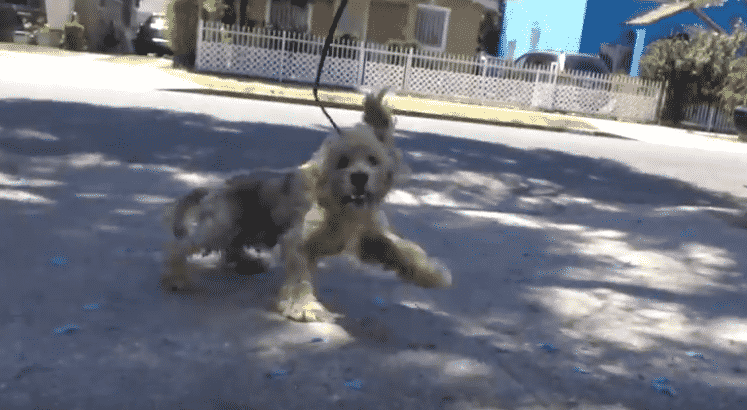 On one particular day, Hope for Paws received a very serious phone call. Apparently, there was a dog out there that desperately needed their help.

The situation was dire as there was an abandoned and homeless dog living under a house. There was no one around to take care of it and it was obvious that there was no owner coming to claim it. 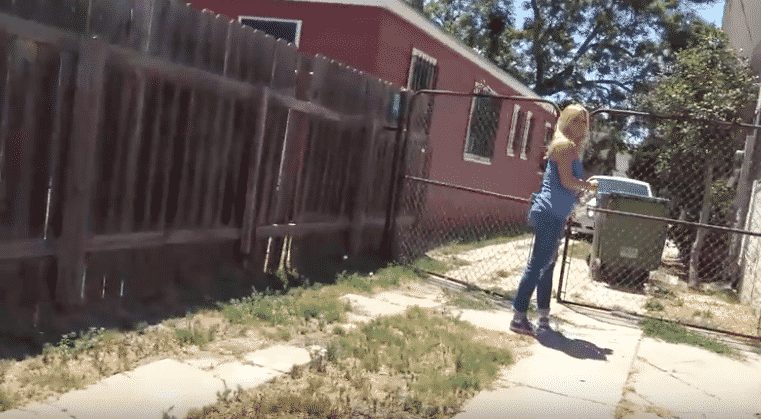 The owner of the house said that the dog had been there for the past month. The dog was all alone and scared. That’s when the rescue team assembled themselves. 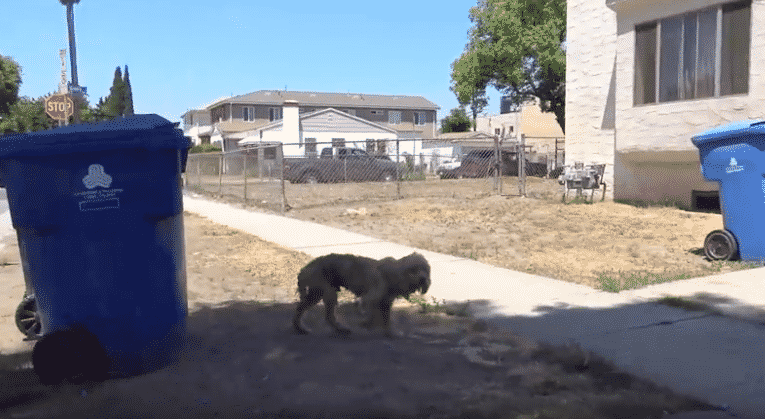 So a rescue team from Hope for Paws immediately got themselves together to help rescue the abandoned pup. They began to drive over to the address that the homeowner had given them. 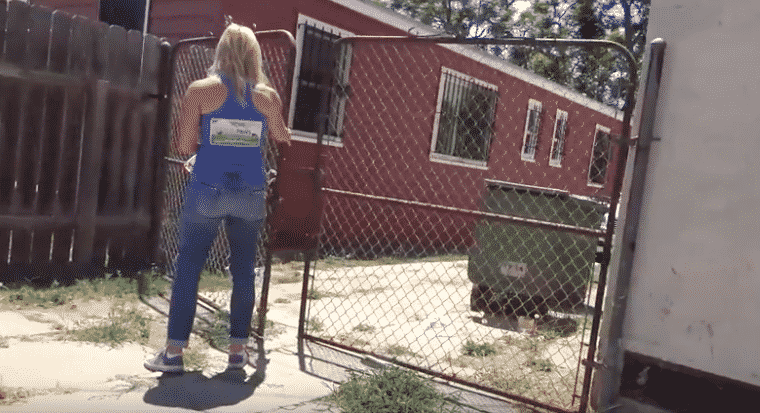 When they got there, Lisa Arturo saw the scared Cocker Spaniel behind a fence. She began to walk over to the area and tried to coax the dog out using a cheeseburger. After all, what dog could resist that?! 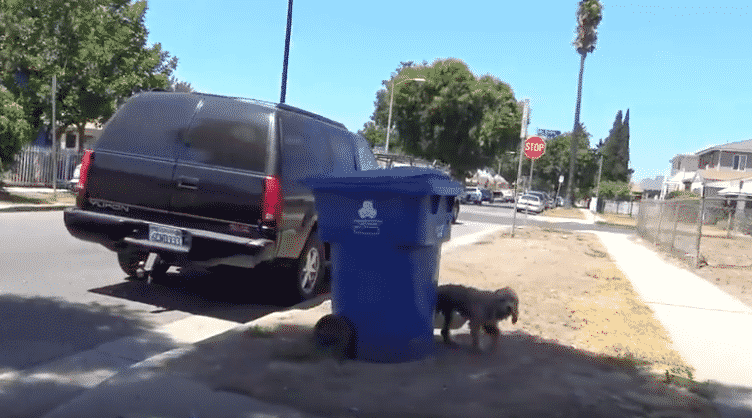 It was obvious that the pup had trust issues with humans because he didn’t seem to want the cheeseburger immediately. Lisa began to walk around, hoping to corner the pup in the back of the driveway. 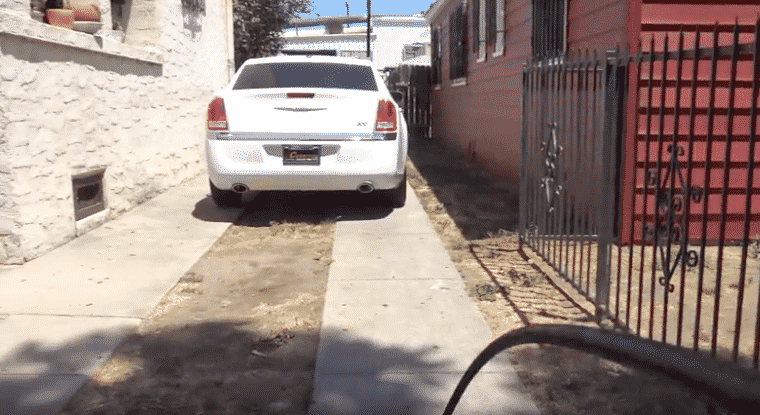 Finally, they had the little pup cornered in the driveway. The pup still tried to walk away from the rescuers, but soon the smell of the cheeseburger was too overwhelming! 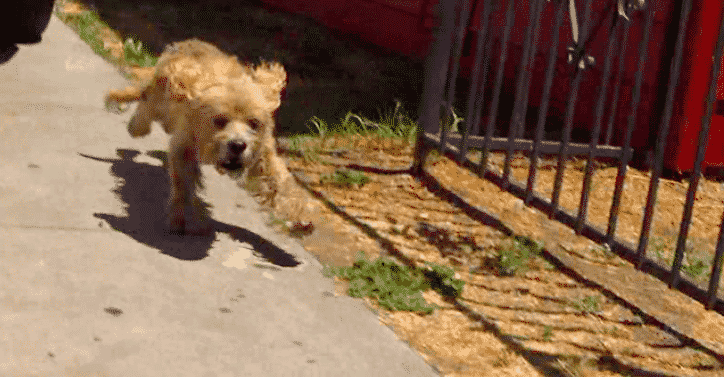 All of a sudden, the little pup decided to dart from the driveway and run into the street. The rescuers, however, were prepared and were able to catch him before he ran off. 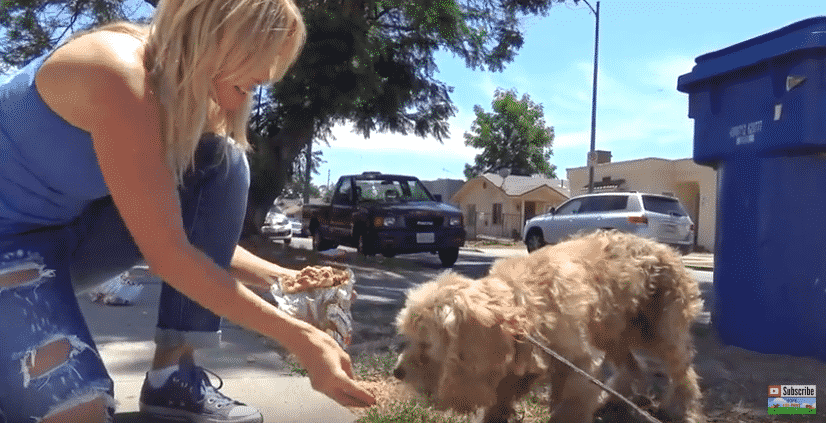 It was at this point when the rescuers decided to try and help the pooch feel more comfortable. Lisa bent down and began to feed the dog some bits and pieces of the cheeseburger. 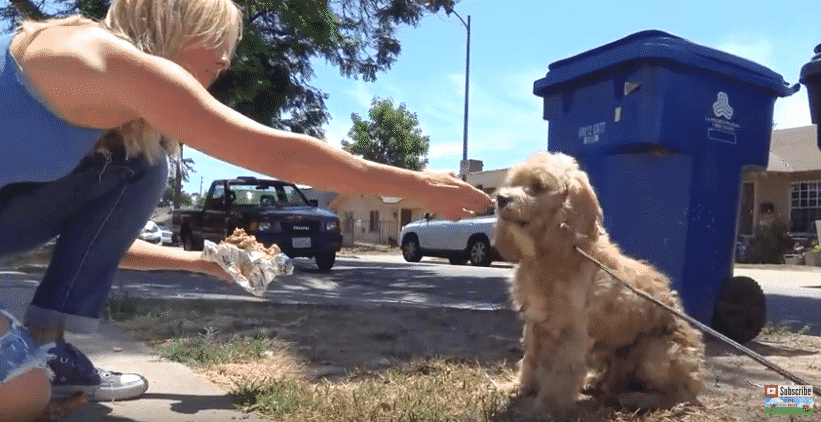 The pup happily gobbled up the cheeseburger pieces and sat down calmly. The rescuers were happy with his reaction. After all, it was obvious that he didn’t trust humans. 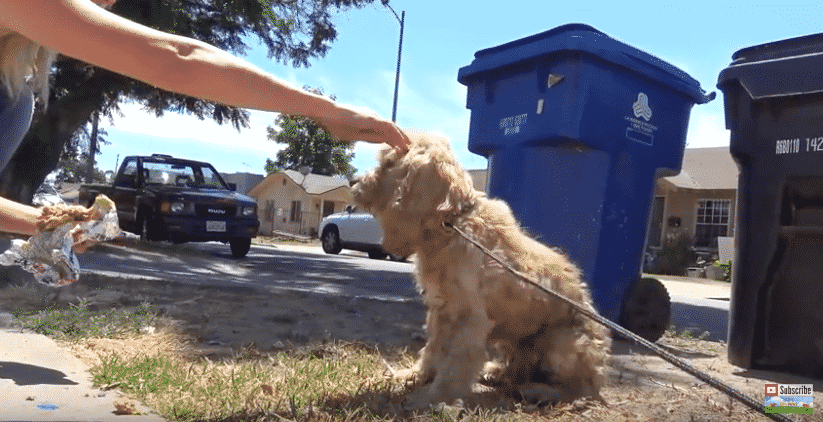 Lisa then began to pet the dog’s head in order to help him feel safe and at ease. It was then Lisa was able to place a leash around his neck…with the help of a cheeseburger piece, of course! 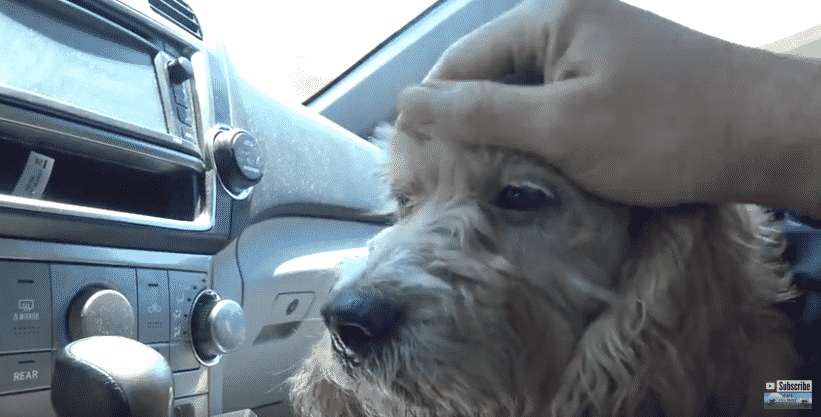 With the leash around his neck, the rescuers were able to walk the dog over to the car. Once the pup was in the car they came up with the perfect name for him: Amos! 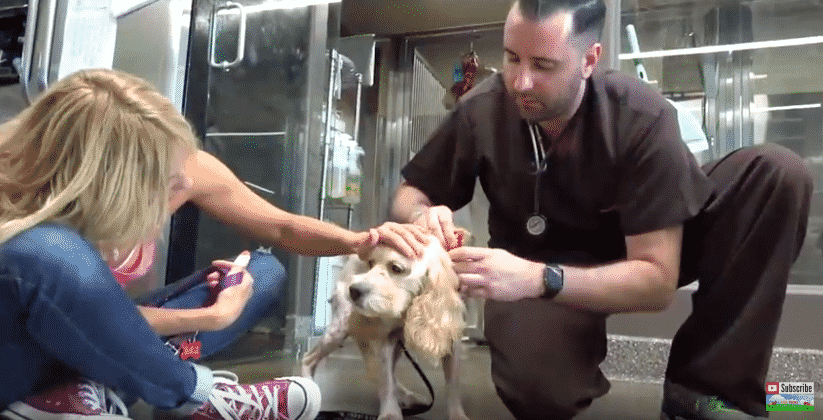 The rescue pair immediately took Amos to the hospital. It was there that Amos was given a check-up and a soothing bath. That wasn’t all though… 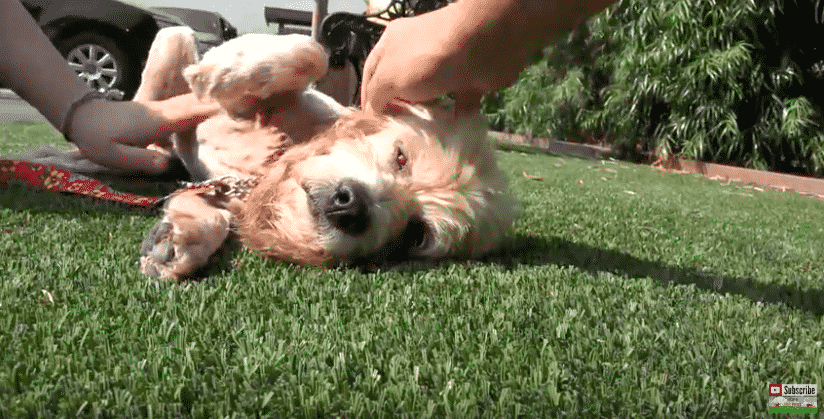 For the first time in a long time, Amos received a delicious warm meal. There was pure delight on his face as he indulged the yummy meal! 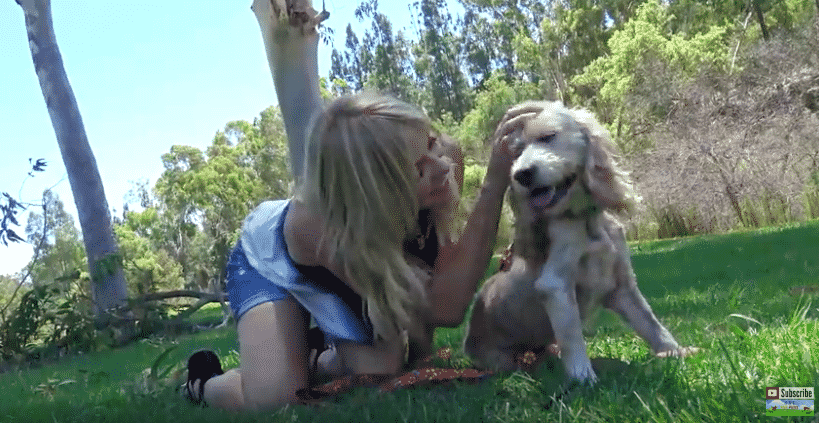 After a few days had passed, Amos was neutered. He also underwent surgery to fix his cherry eye. Things were looking up for this sweet pup. 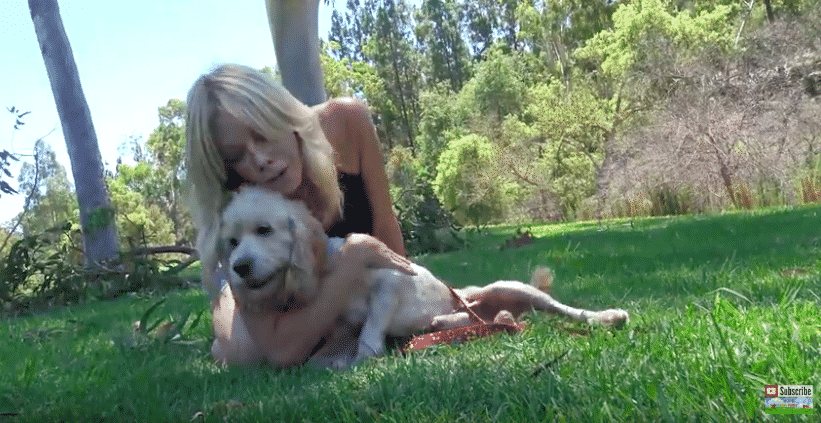 Once Amos was healed and doing better he was placed into an incredibly loving foster home. Amos has been doing well in his new and comfortable surroundings. 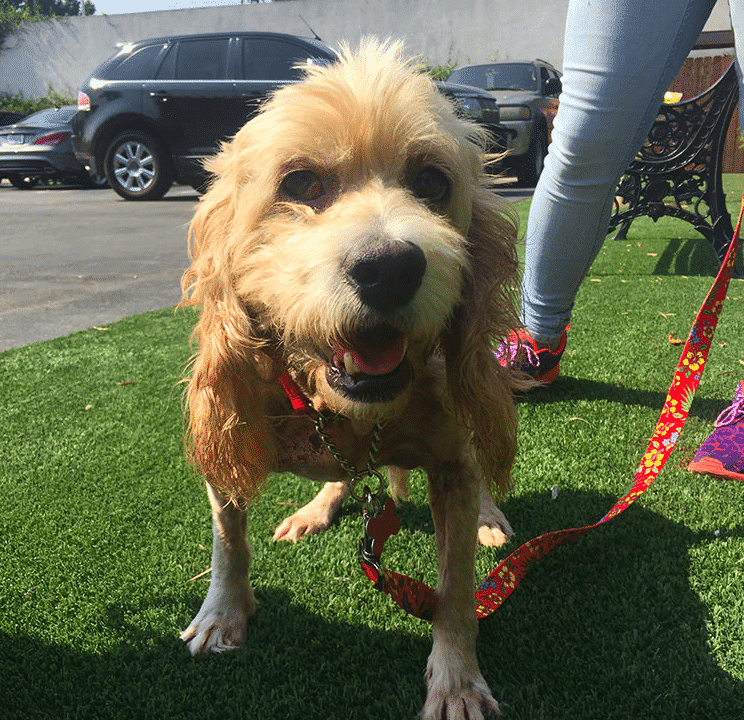 Hope for Paws has been working relentlessly to help find Amos his new forever home. They have been alerting everyone to his existence and all of his amazing qualities. 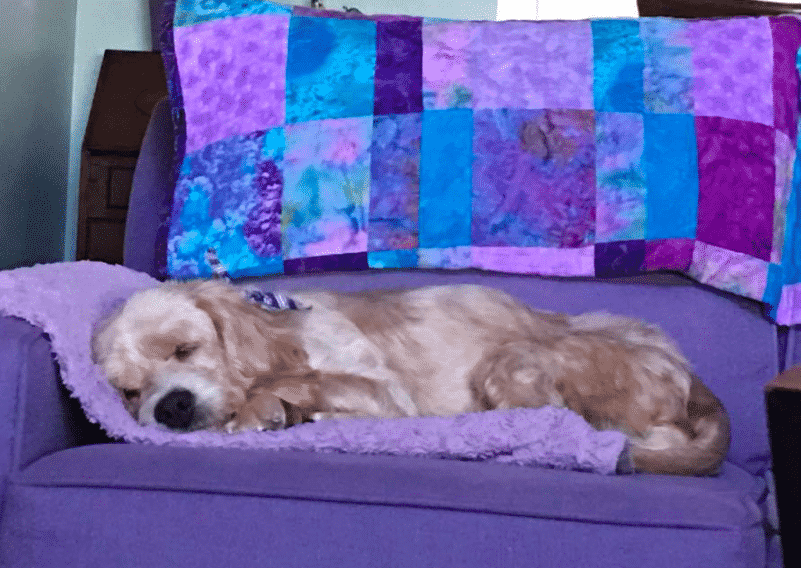 Amos has undergone an amazing transformation since his rescue. He started off as a timid and scared dog and has now become loving and friendly! 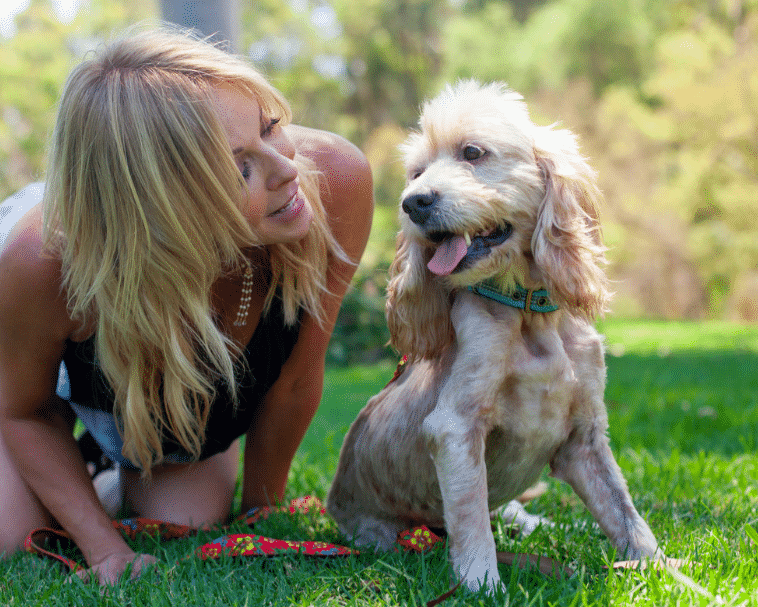 Thanks to the amazing team at Hope for Paws, Amos was given a wonderful second chance at life. He is now enjoying his life at a foster home until he is finally adopted into a loving new home.