Bears are pretty curious creatures, which is why many national parks advise you not to leave food lying around. However, one car owner decided that he would take a stroll and leave his car unlocked while he went out. When he finally returned, he was shocked to see what was waiting inside for him! 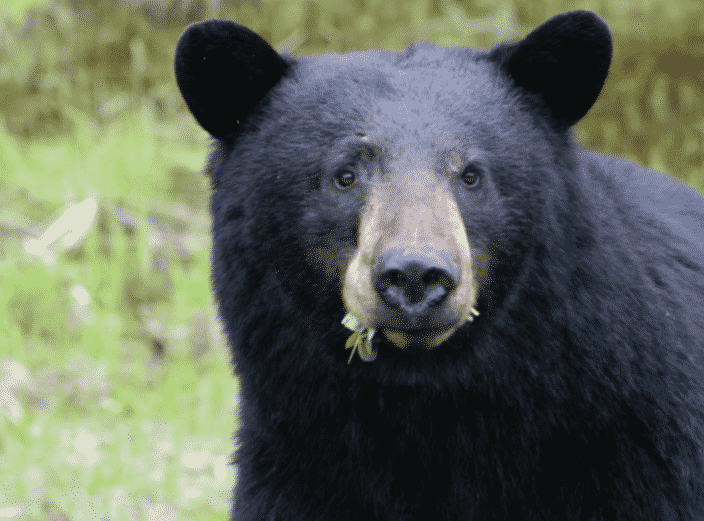 For anyone looking to go camping or exploring in a national park, it is essential to understand bear behavior. Luckily for you, bear behavior is incredibly predictable and they rarely – if ever – deviate from their set patterns. 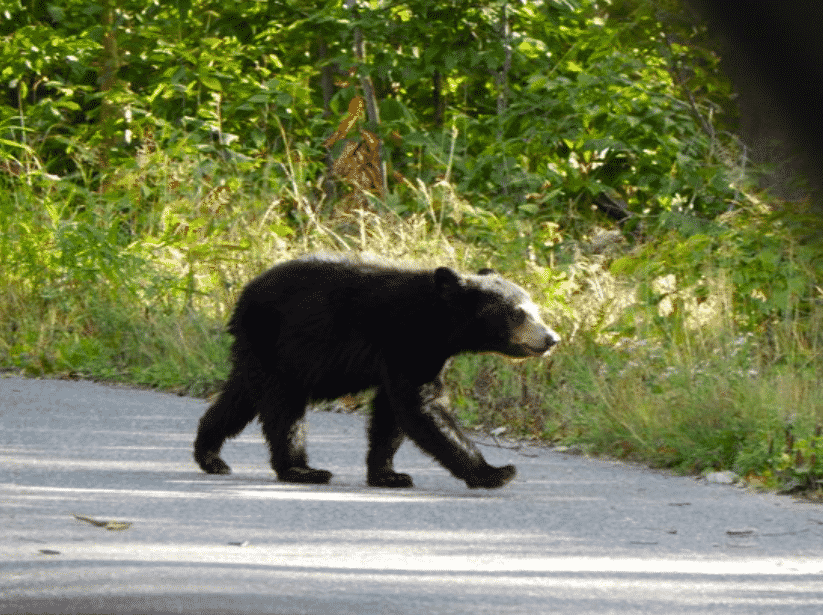 One of the most important things to know about bears is that they are actually quite shy creatures. They typically avoid human interaction unless they smell food around. This is why keeping food locked up is important! 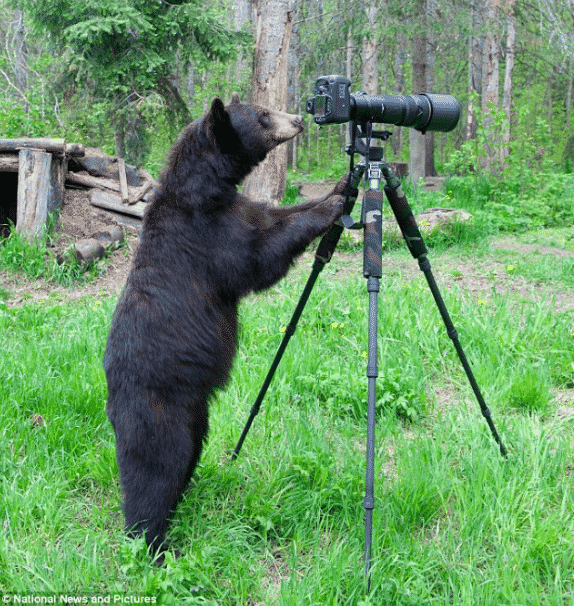 However, even though bears are shy they are also highly curious creatures. They love to inspect both outdoor and indoor areas. Bears will also often stand up on their hind legs to inspect things and many people confuse this as a sign of aggression. 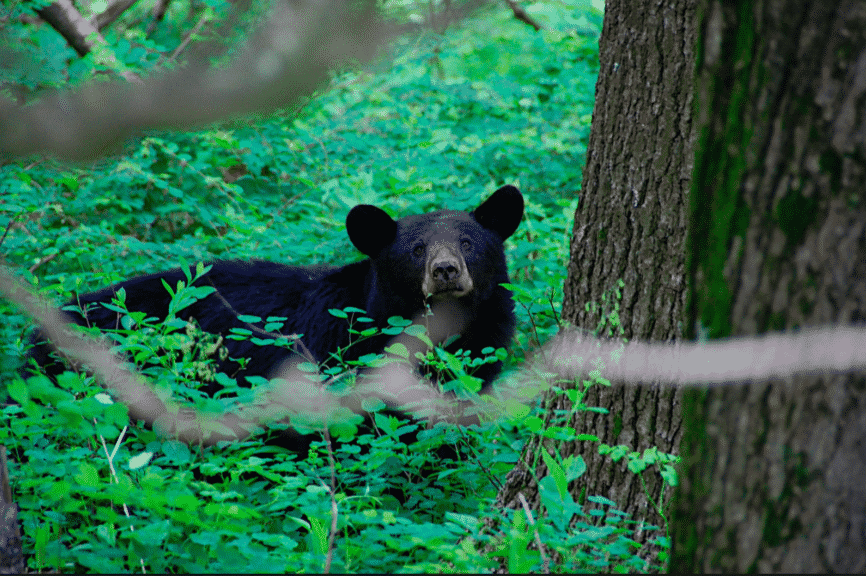 Understanding bear behavior can mean the difference between a good trip outdoors and a bad one! However, one man in Colorado didn’t seem to have all his bear facts straight and soon found himself in a crazy situation. 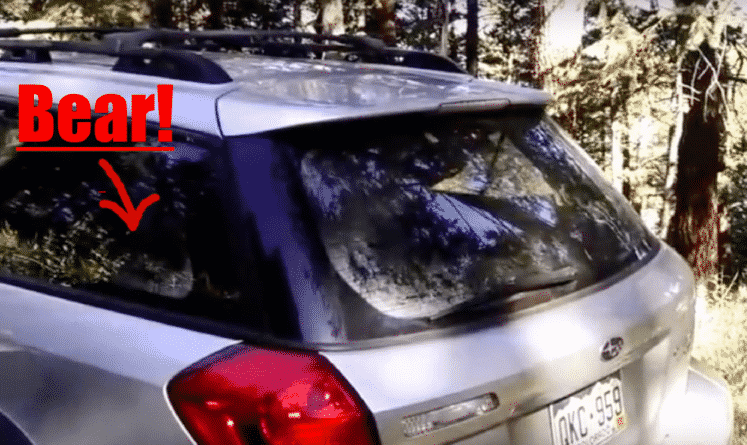 One man in Colorado recently learned a lesson that he won’t soon forget. When he happened to leave his car unattended he got the surprise of a lifetime. 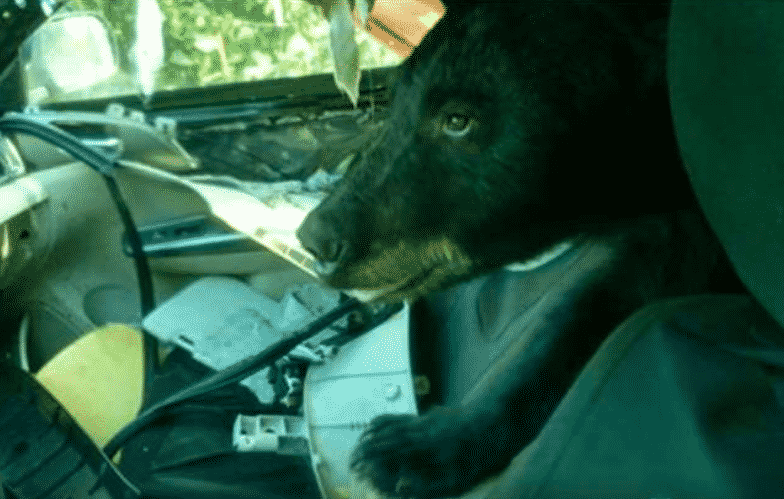 Recently, the Jefferson County Sheriff’s Office posted about a strange incident involving an unlocked car and a curious bear. It seems the two of them don’t mix very well. You won’t believe what happened! 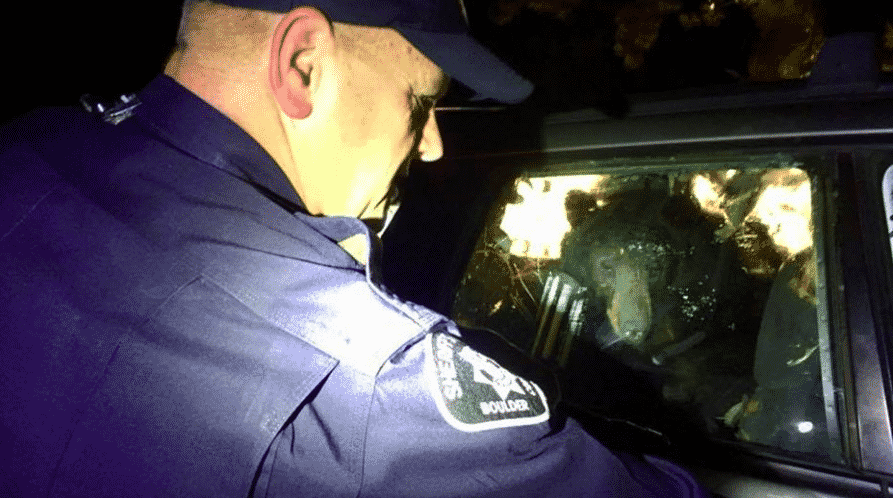 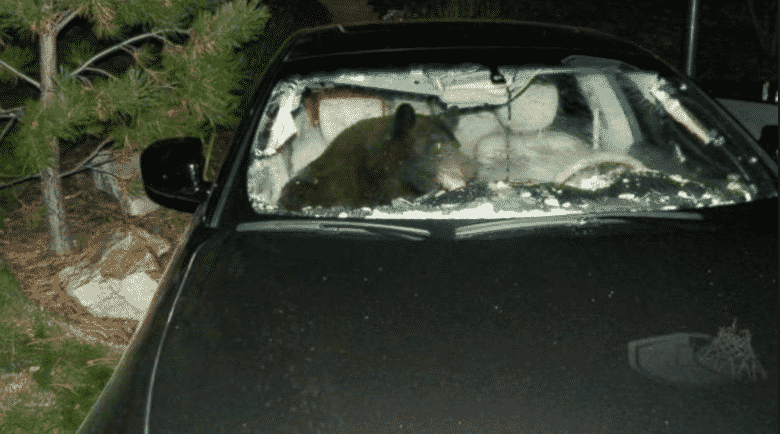 One day, a man in Colorado left his car unlocked and walked away from the vehicle. A curious bear happened to walk by and decided to check out the car and soon realized he was able to get in.

The bear made his way into the car without a problem and decided it seemed like a comfy place to hang out. While inside the car, the bear also found some delicious snacks the owner left behind so he decided to indulge himself. 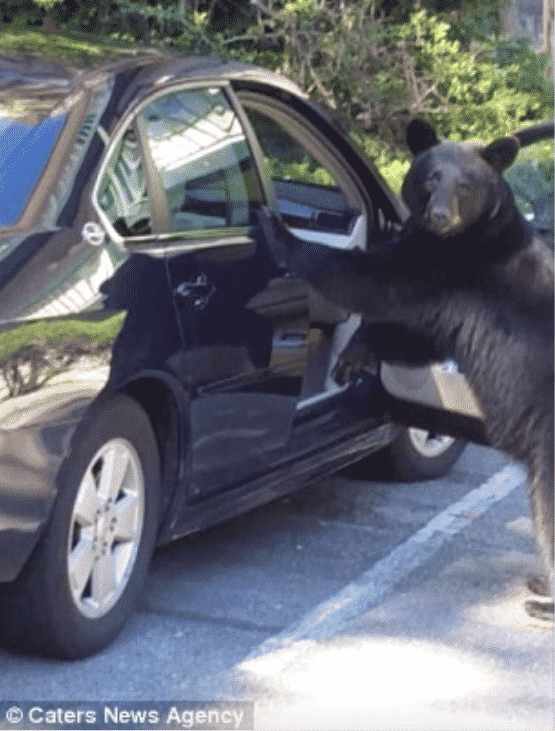 As the bear was indulging in many of the snacks, he managed to close the door behind him as well. The doors then locked and the bear was trapped inside of the car. However, he didn’t seem to mind at all! 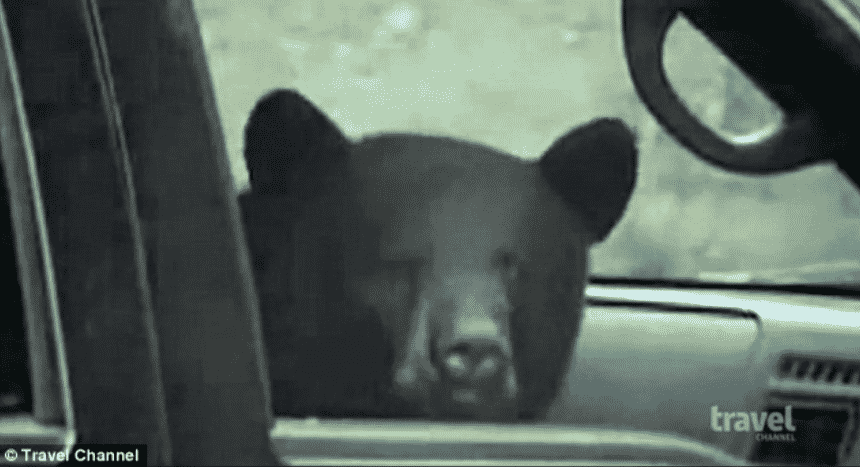 Once the bear had eaten to his heart’s desire, he began to try and get out of the car. However, he soon realized he was locked in. Still, that didn’t seem to concern him much since he went ahead and took a nap. 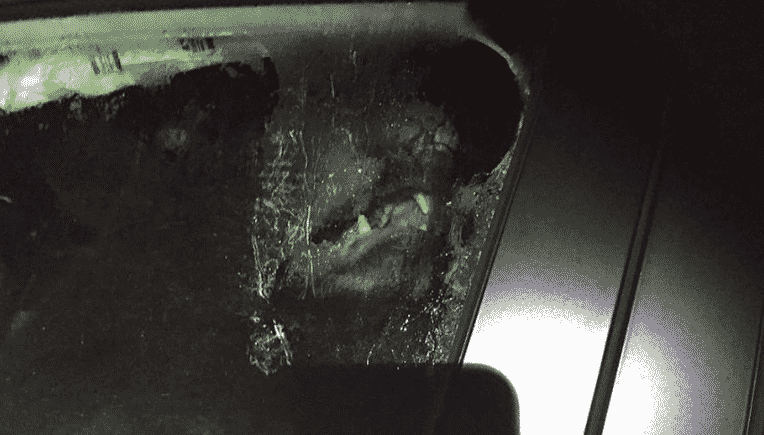 Eventually, the owner of the car made his way back to the car and boy was he in for a surprise. As he approached his vehicle he quickly noticed that there was an uninvited guest inside. 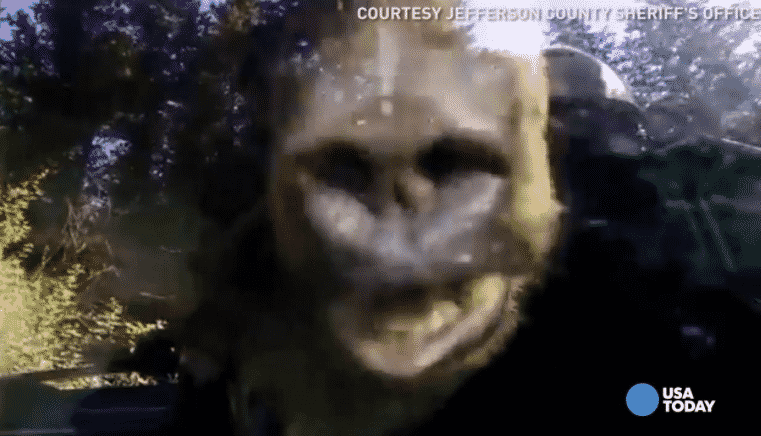 The man was in serious shock and he knew that he wouldn’t be able to get an entire bear out of his car! He quickly phoned the local sheriff’s department and informed them of the situation. 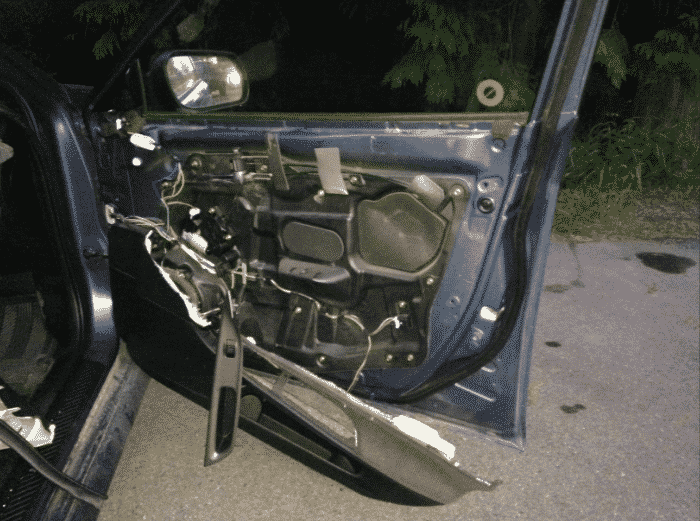 The officers quickly headed over to the area and began to figure out how to get the bear out of the car. “A bear broke into a car and locked himself in. Car 0. Bear 1,” the sheriff’s office said. 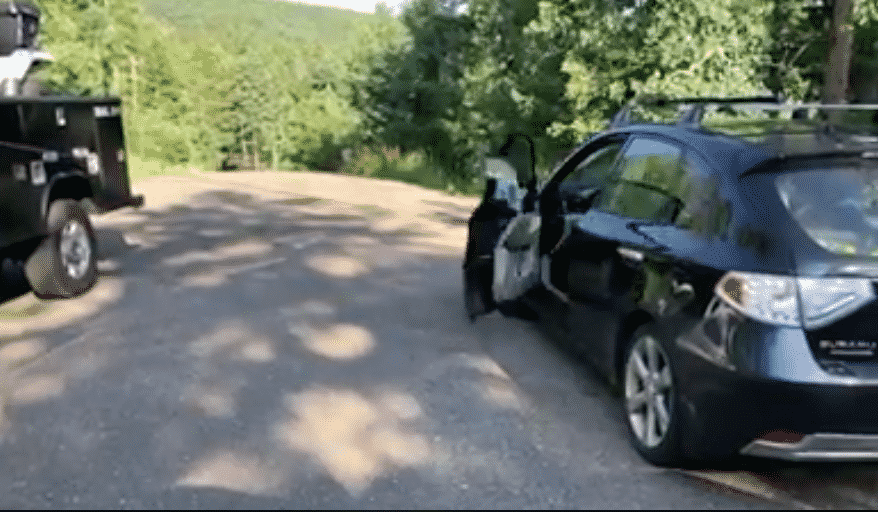 In order to keep a safe distance from the bear, the responding officers put their noggins together. They decided to use a rope to open the car door without getting too close to the bear. 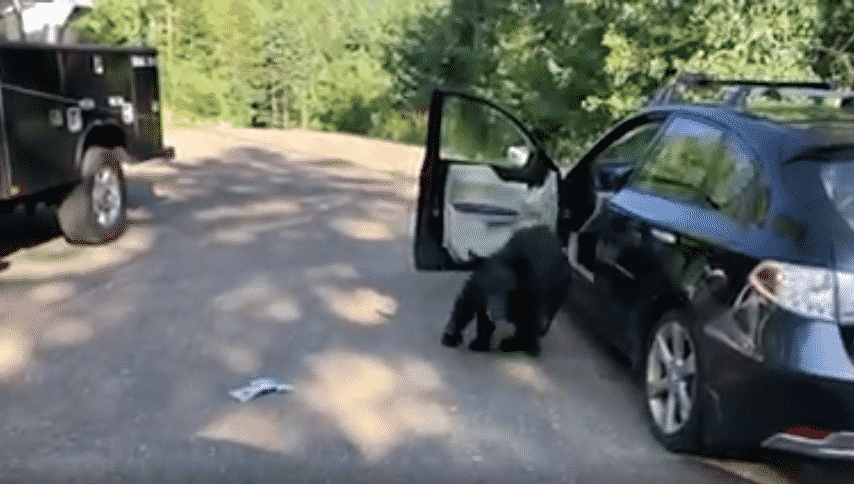 Finally, the officers were able to get the doors open. Once the bear saw the car doors were open, he slowly made his way out and walked back into the woods. It was a successful mission for the officers. 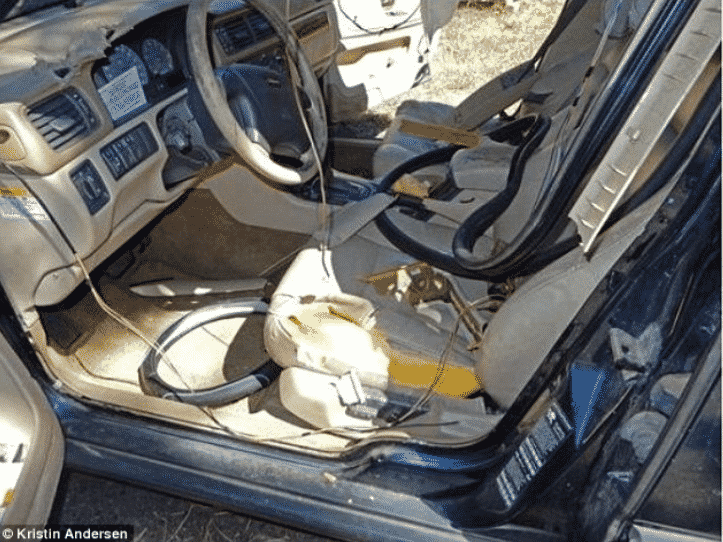 Although it was a successful mission for the officers, the man who owned the car wasn’t too thrilled about the way his car looked afterward. His car was an absolute mess and there were snacks thrown all around. 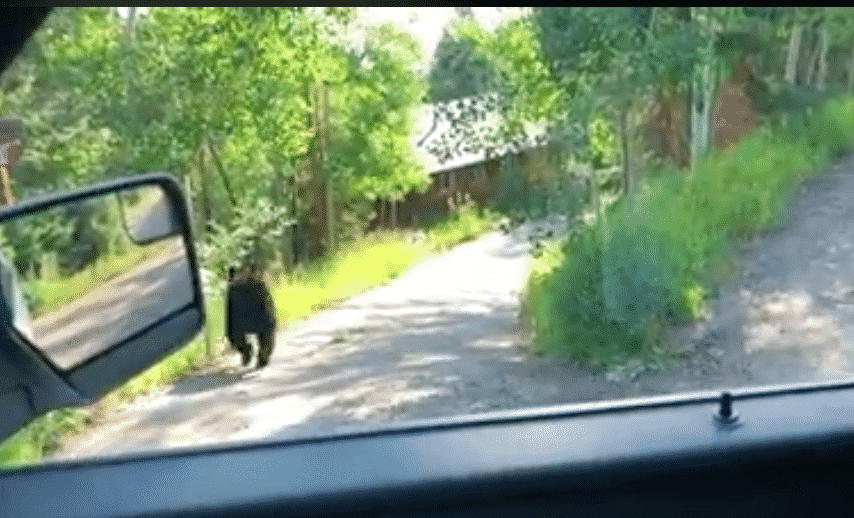 While the man’s car may have gotten messed up in the process, there’s also another factor to consider. This bear has finally gotten a taste for human food and who knows if he’ll ever be tempted to taste it again? 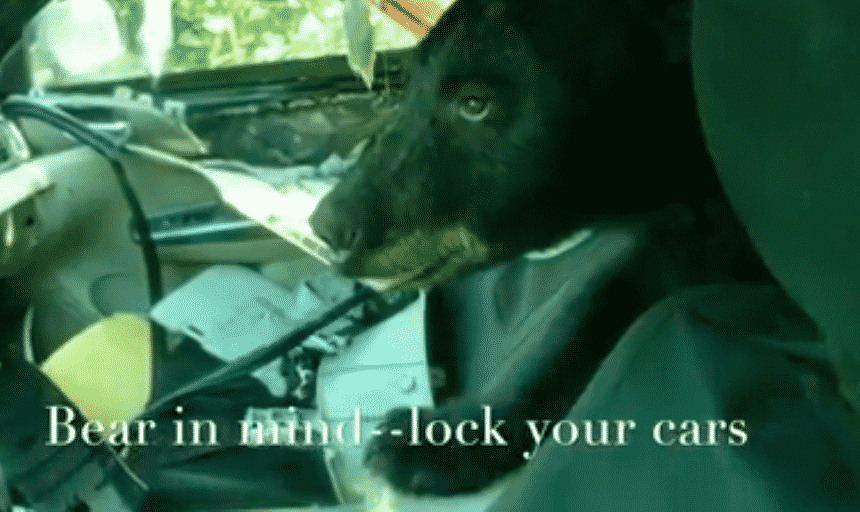 The sheriff’s department hopes that this serves as a big lesson to anyone who has left their cars unattended with food. “Please be safe and lock your cars,” they wrote. Then adding, “Trust us, you don’t want to have to deal with a ‘hangry’ bear.” 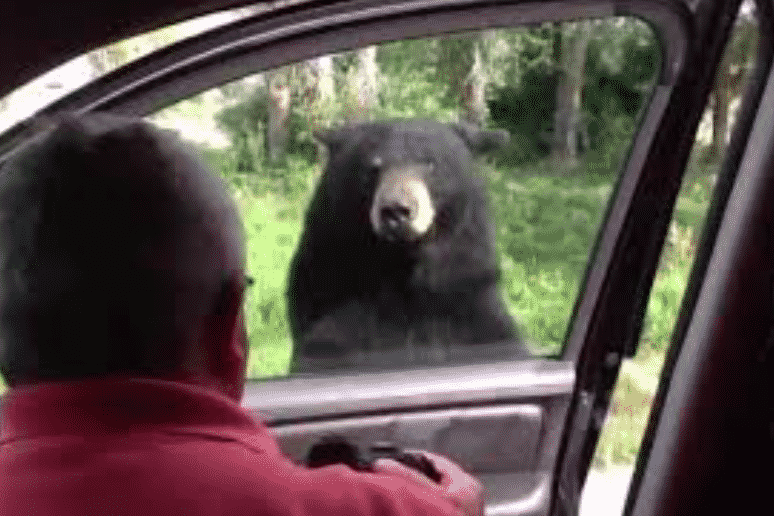 Luckily, no bears or humans were harmed in this interaction! The sheriff’s department was able to safely remove the bear and we bet this car owner won’t be leaving his stuff unattended again.