Gun Safety is an important issue, an organization in American have recently released an interesting ad campaign that uses a good sense of humor to bring home the very serious facts about gun safety and children. The images showcase children playing with ‘adult toys’ with a message that says when it comes to the deadly issue of gun safety -Â if they find it, theyâ€™ll play with it.

Evolve decided to bring a fresh and new engaging voice when it comes to gun safety, created by the ad agencyÂ McCann. To make the adverts memorable and shareable on social media. The advertisements make it clear that children will find literally anything in your home, and if guns aren’t locked up, they are not 100% safe.

With their slogan â€œthe third voice in the gun debate. Because safety is not a side.â€œ Instead of show the real truth behind gun safety with how tragedies happen to children when guns aren’t locked away – this is a humorous and light take on gun control. 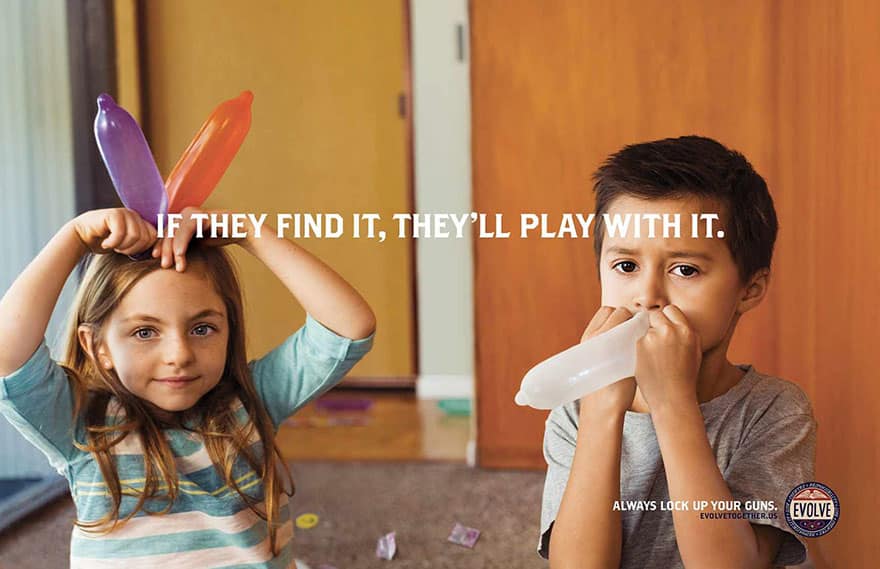 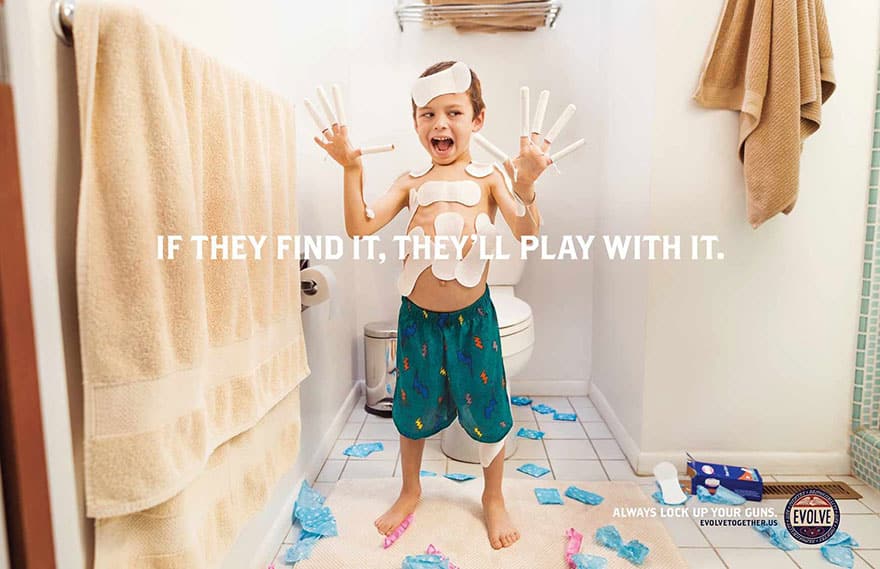 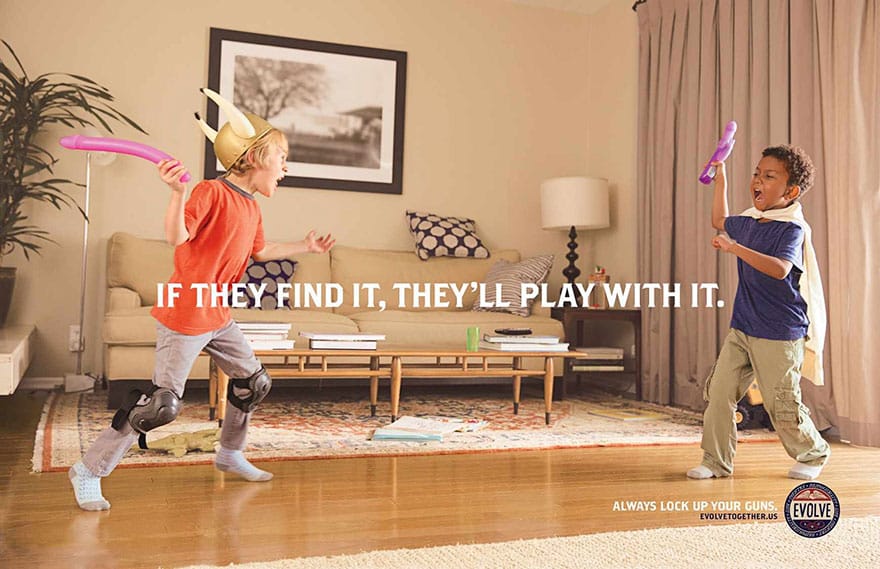 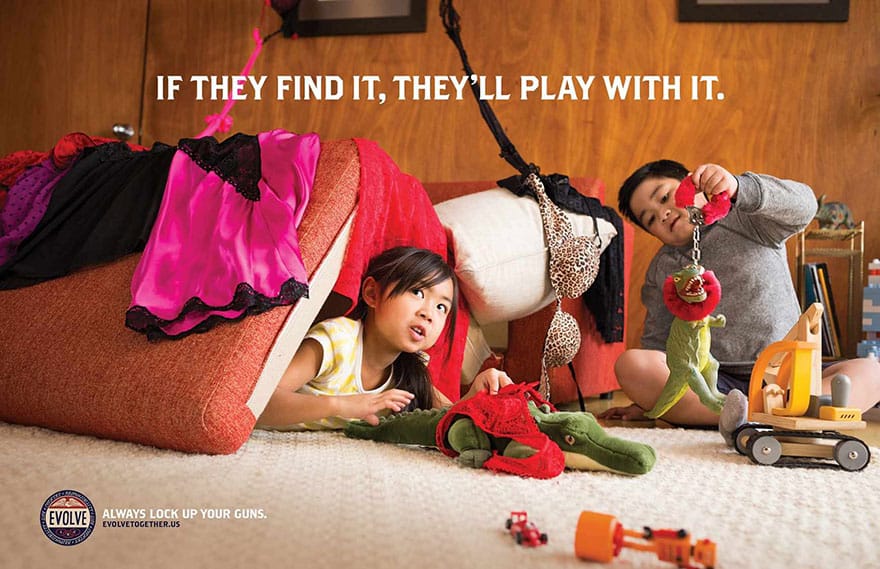