In this article, we will discuss how you can hire the best RoR developers for your next project in 2022.

Skills to look for in RoR developers

When the goal is to create secure and dependable database-supported web applications, you must ensure that you hire experienced software engineers who know everything there is to know about databases. Because all data is stored in databases, creating and managing these databases is necessary to run the company. Database knowledge helps the developer in writing intelligent, shorter, and faster Ruby code.

Many web developers have only a rudimentary understanding of how the internet works. A good Ruby on Rails developer must also understand how URLs work. TCP/IP, DNS framework, and HTTP convention, which includes cookies and headers, are all things that developers could work on.

Your web application should pass regression testing before launching in real-time. If your RoR developer cannot test the final product, his entire effort is meaningless. Unit and integration testing is essential to ensure that the final product is ready for public consumption.

RSpec is one of Ruby on Rails’ most well-known testing tools. Most website development companies prefer it for its simplicity and ease of use. Ensure your ideal ROR developer understands how to run dummy commands and spot flaws.

The Model/View/Controller framework, also known as MVC, is a crucial structure used in Ruby on Rails programming. If you have a mobile/web application that you want to rule over the hearts of your users, your Ruby on Rails developers must be familiar with it.

Whether you’re a Mac or Linux user, you’ll need to use the terminal at some point to complete a few tasks, either locally or on the server. You can use an IDE like RubyMine to write and test Rails applications, but you won’t be able to run it on the server to test the creation framework.

Unix instructions help move or transport data and keep everything related to your project in one place and consolidate it. It also assists in writing more effective code.

Ruby is the foundation for all advanced Ruby on Rails procedures. Having a solid foundation can help developers write code effectively. Like any other language, web programming has its own set of rules. The syntax is writing loops, classes, and modules in this case. Hence, checking the aspiring candidate’s Ruby knowledge is critical.

Responsibilities of Ruby on Rails developers

The model (Active Record) controls the application’s data logic. The Active Record library in Rails handles this as a link between the Ruby program code and the relational database.

The view (Action View) is the portion of the application that the user sees. The Action View library implements this based on Embedded Ruby (ERB) and determines how data will be presented in Rails.

Action Controller (Controller) acts as an application’s data broker, handling the logic that allows the model and view to communicate with one another.

Garbage collection frees memory for other processes by removing pointer programs and inaccessible objects left over after a program has finished running. This process eliminates the need for the programmer to keep track of objects created dynamically during runtime.

An ActiveRecord object can be linked to multiple ActiveRecord objects using polymorphic association. The polymorphic association is exemplified by a social networking site where users can comment on anything, including videos, photos, links, status updates, etc. If you had to create individual comments like photos comments, video comments, and so on, it would be impossible.

The vetting process for Ruby on Rails developers

Some of the interview questions mentioned above will help you assess the knowledge and experience of a candidate. However, before onboarding an RoR developer for your project, check their skillset on whether they would be a relevant fit for the project.

Ensure to go through the portfolio of developers or any previous project experience. While you should ask the developers to take a technical test, learning about their previous work can help you understand how suitable they are for your next project.

One of the best ways to hire experienced Ruby on Rails developers is by partnering with an organization that pre-vet developers before onboarding. They could help save your time and give you access to a larger talent pool. Hiring developers is expensive; hence, most startups and enterprises are moving to the remote hiring model. You can do away with geographical limitations and hire talented developers from across the planet.

Ruby on Rails (RoR) is the ultimate framework for all web apps, thanks to its massive time-saving and code reuse features. Companies such as Github, Twitch, Bloomberg, Airbnb, Etsy, and Shopify use RoR as their backbone, demonstrating its performance and scalability.

However, hiring the right talent for your organization is challenging. Use this guide to know the required skills, responsibilities, and interview questions for hiring the perfect RoR developers for your next project.

Vikas is a writer passionate about technology, philosophy, storytelling, and sports. When he is not playing football, you can find him listening to music and podcasts. 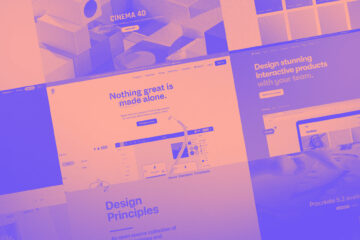