They Thought She Wouldn’t Make It, But Look At Her Dog

When this tiny pit bull was brought into the world, no one knew if she would make it. However, she’s managed to defy all odds and you won’t believe what she looks like now. 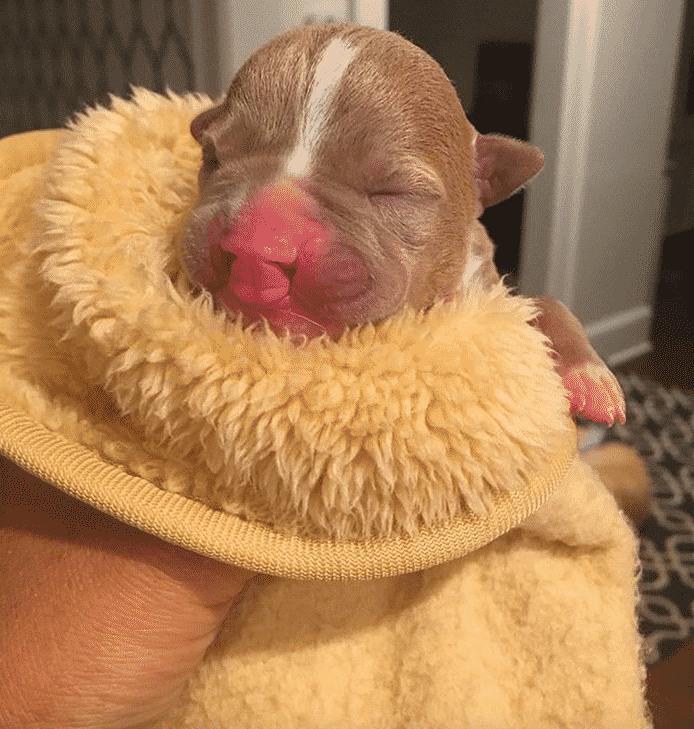 Sasha is a pit bull that was born in Westchester County, New York. When she was delivered, her owner instantly saw that something wasn’t right with the small pup. 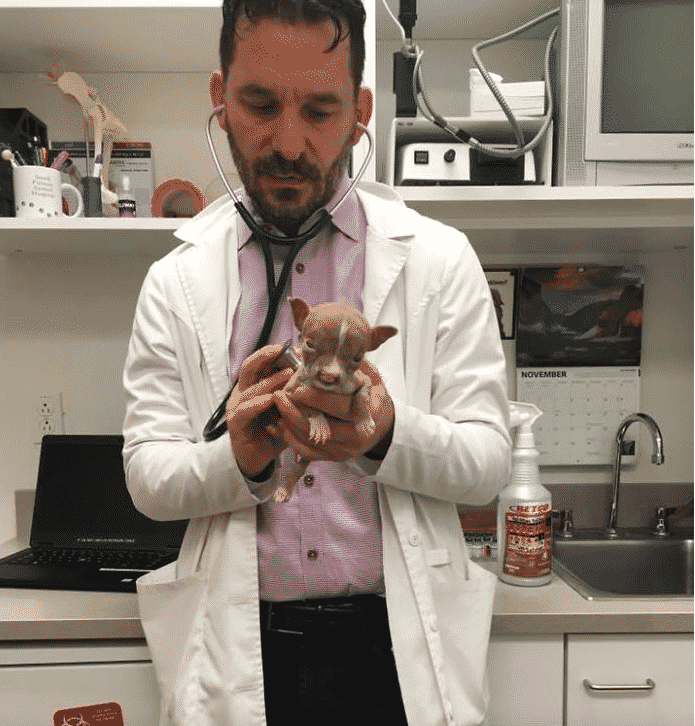 Little Sasha was practically struggling to stay alive after she was born. Sasha was born with a cleft lip and palette and this prevented her from being able to nurse. This put her life at serious risk. 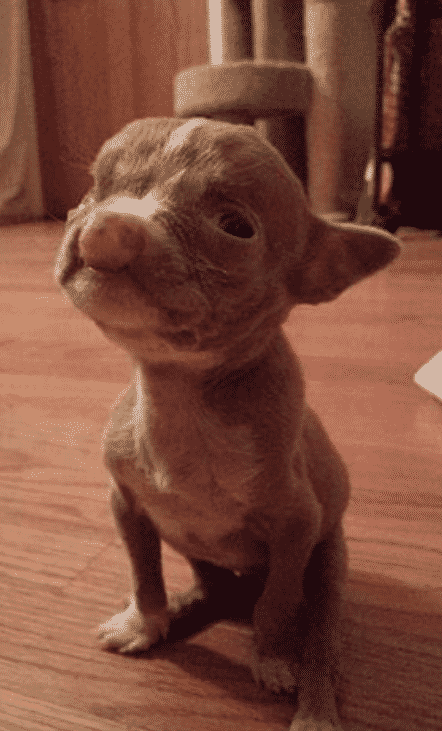 Sasha was in need of a lot of care or else she wouldn’t make it. However, Sasha’s owner instantly fell in love with her and decided to reach out to Courtney Bellew, director of SNARR Animal Rescue Northeast, a New York-based rescue group. 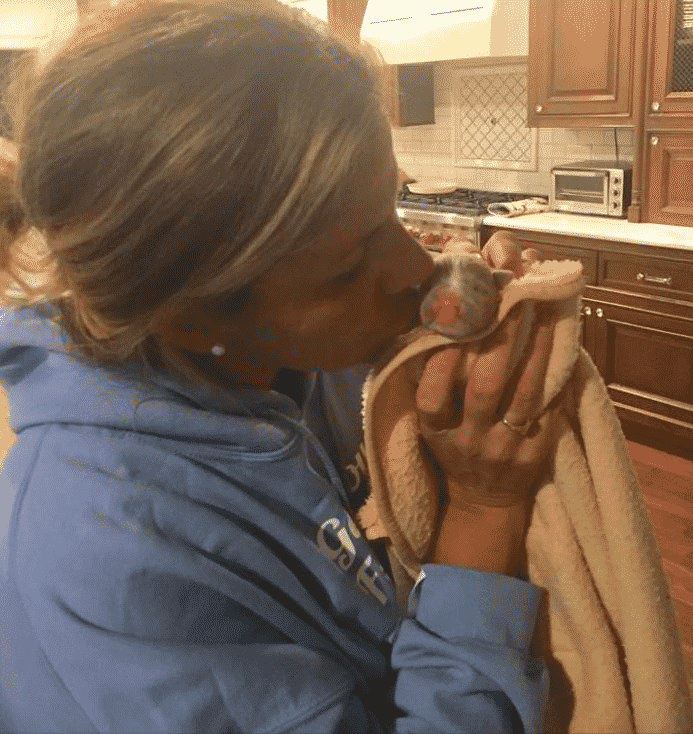 “The owner recognized she had a cleft palate and lip and wanted to try and save her,” Bellew told The Dodo. “He brought her to my house and she was so tiny and fragile.” 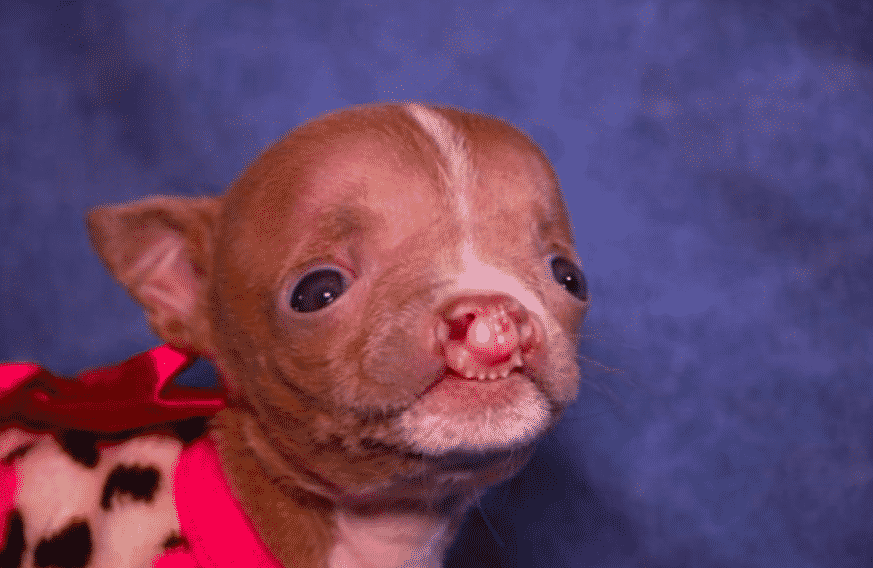 Belle knew that she would need professional help if Sasha was going to survive. So she quickly reached out to nurse practitioner, Marie DeMarco, who has a lot of experience dealing with neonatal, injured and critically ill kittens. 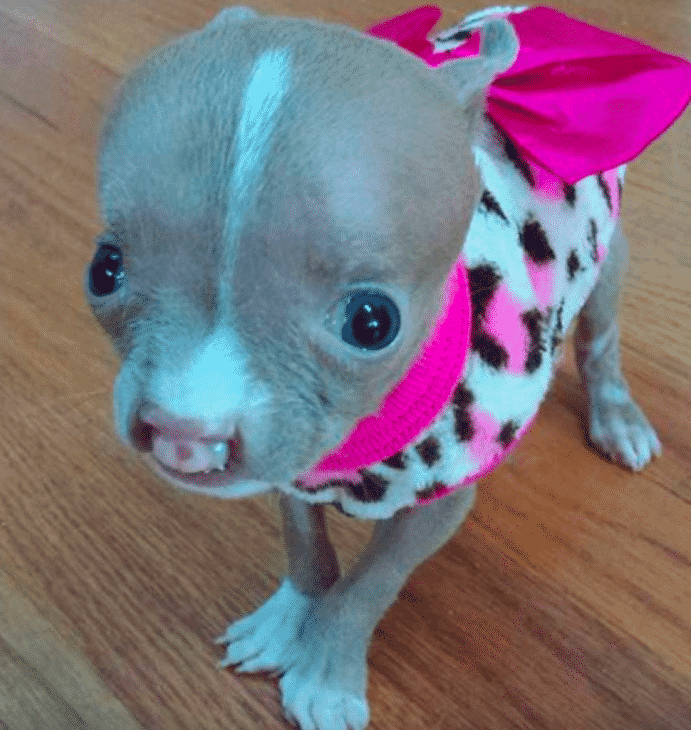 Bellew was hopeful that DeMarco’s experience could help in Sasha’s case. So Bellew brought the tiny 11 ounce puppy to DeMarco’s home. Once DeMarco had a look at her she realized that the cleft lip and palate weren’t the only issues. 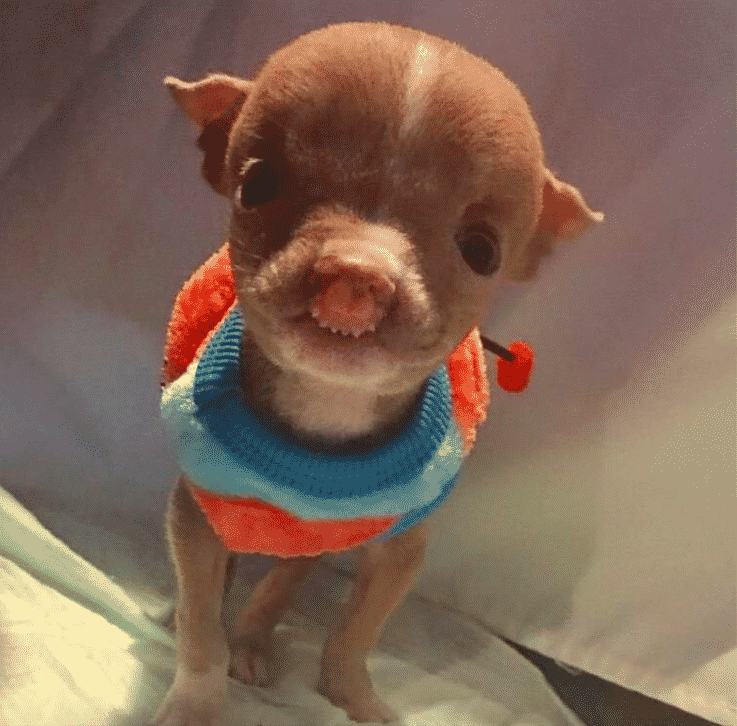 DeMarco quickly noticed that Sasha’s head looked incredibly big in comparison to her tiny body. The nurse soon realized that Sasha had a condition known as hydrocephalus. 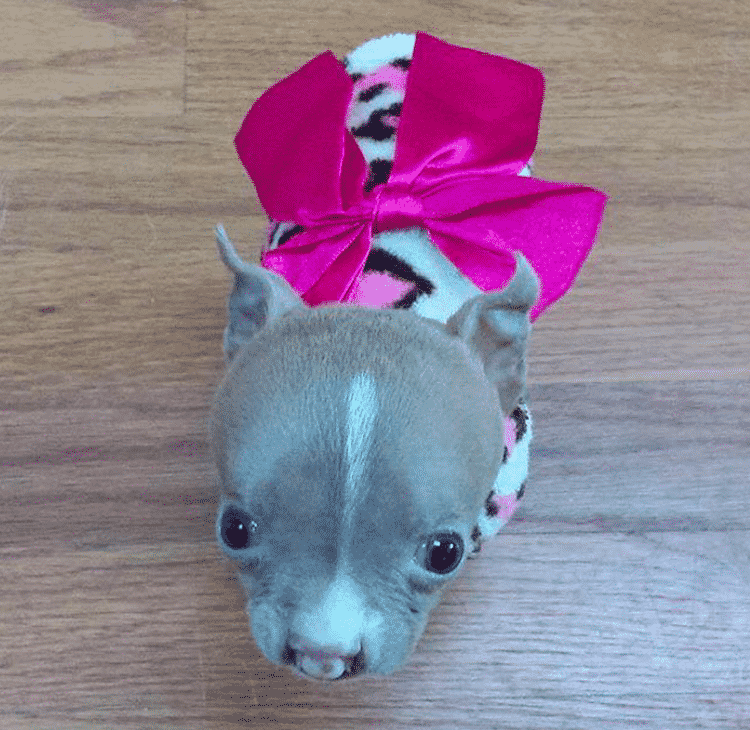 Hydrocephalus is a build-up of cerebral fluid in the skull. This causes the head to enlarge and the condition can be fatal if it is left untreated. However, that wasn’t the only other condition… 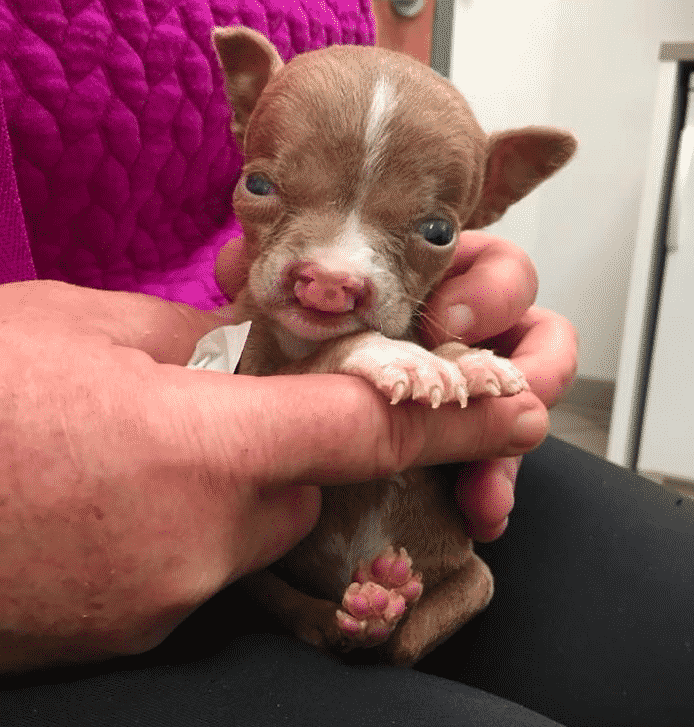 Sasha had also developed an upper respiratory infection, a urinary infection, and orthopedic issues as well. It seemed as if life was just working against this poor dog and DeMarco’s heart was broken over her. 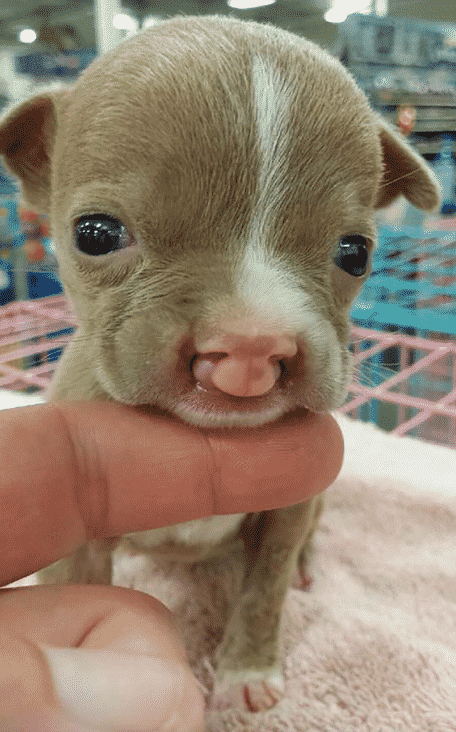 Despite all of these health issues, Sasha managed to stay strong. “She has an amazing will and determination,” DeMarco said. “Through all this, she really shouldn’t be here.” 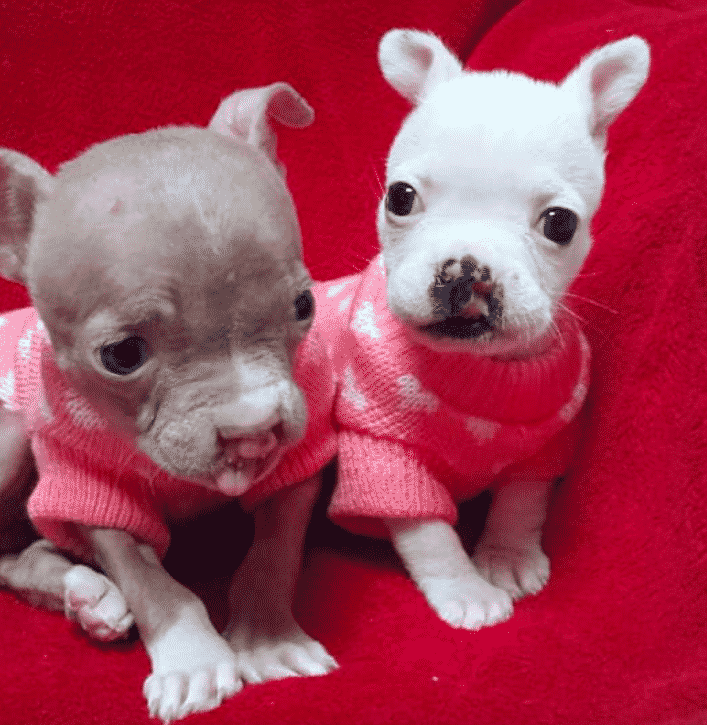 “She’s defying all the odds,” DeMarco, Sasha’s foster mom and founder of the nonprofit FURRR 911, told The Dodo. “She’s proven that she wants to be here.” 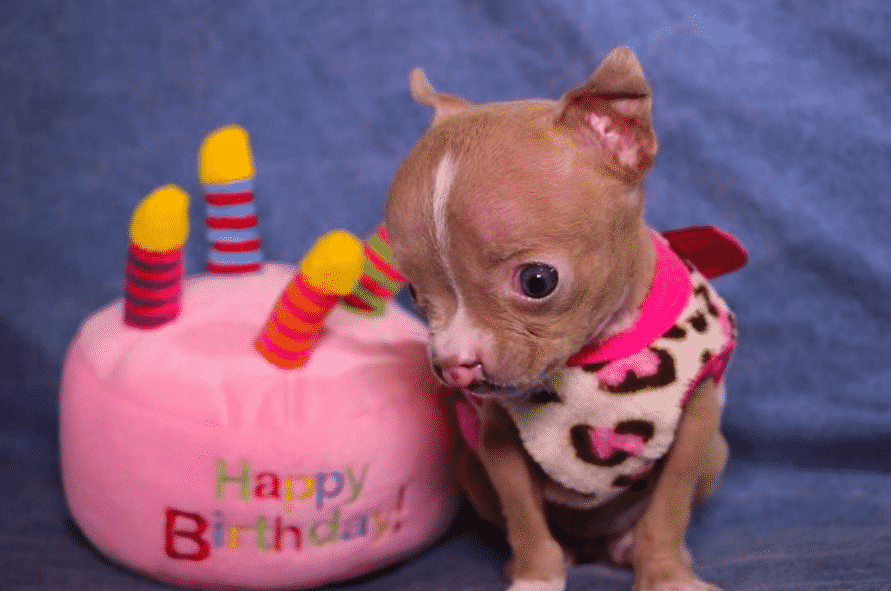 3 1/2 months have passed by since Sasha was first born. She currently weighs 1 pound, 9 ounces and unfortunately she’s still not big enough to qualify for the surgeries that would help her eat on her own and relieve the fluid retention. 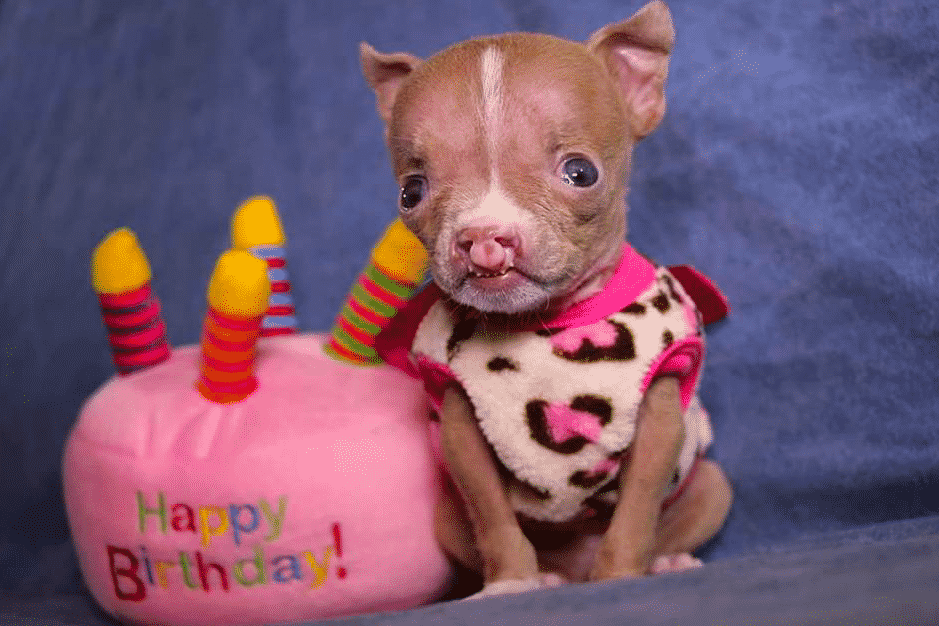 Despite all of these issues, Sasha has remained quite the happy pup and she has a loving support system behind her. While she might be smaller and slower than the other pups, she’s still persevering. 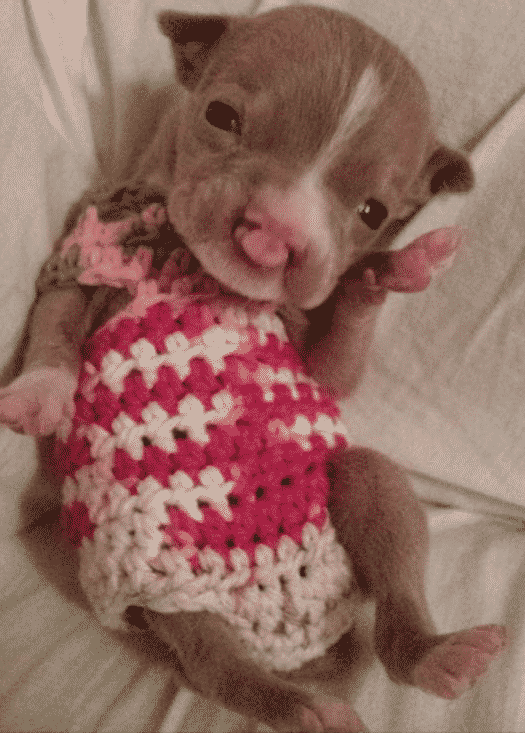 Sasha gets fed every 3 to 4 hours during the day and every 5 hours at night. This is how she has been able to put on some weight, despite the difficulties she has with eating. 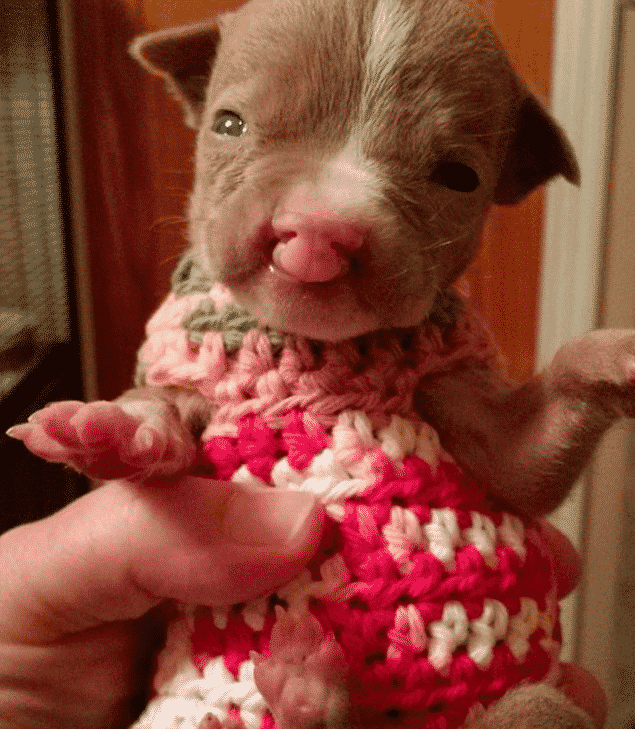 Since Sasha is so tiny, she often gets cold pretty easily. DeMarco has a ton of adorable sweaters that she dresses Sasha up in. These help her stay cuddly and warm! 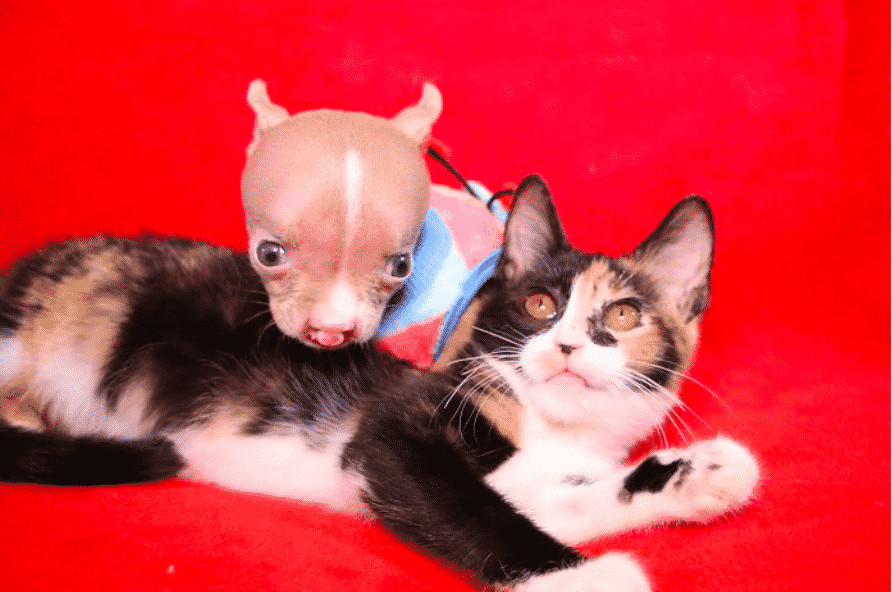 Thanks to the warmth of her sweaters and caring foster mom, Sasha has been making great strides. She loves hanging out with DeMarco’s foster kittens and cats. 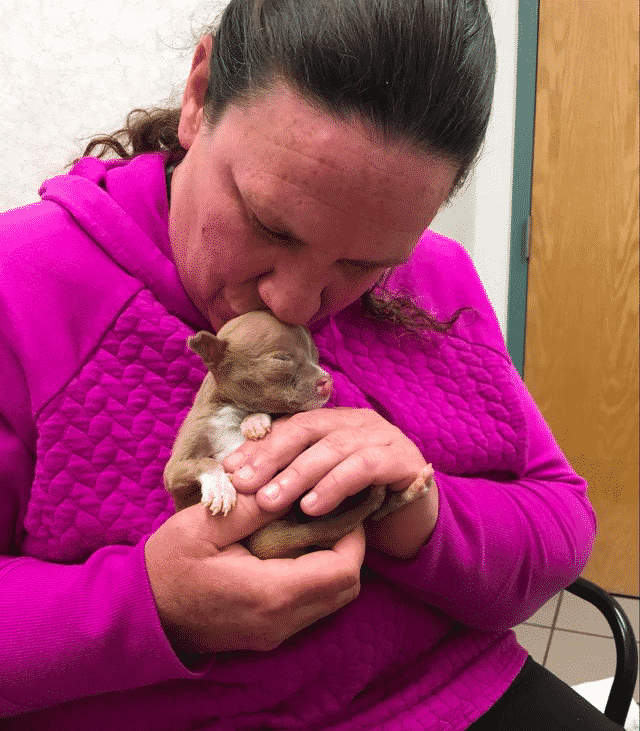 However, Sasha’s favorite person to be around is her mama. She is very much a mama’s girl and she loves to cuddle up with DeMarco. Sasha absolutely adores the love and affection she gets! 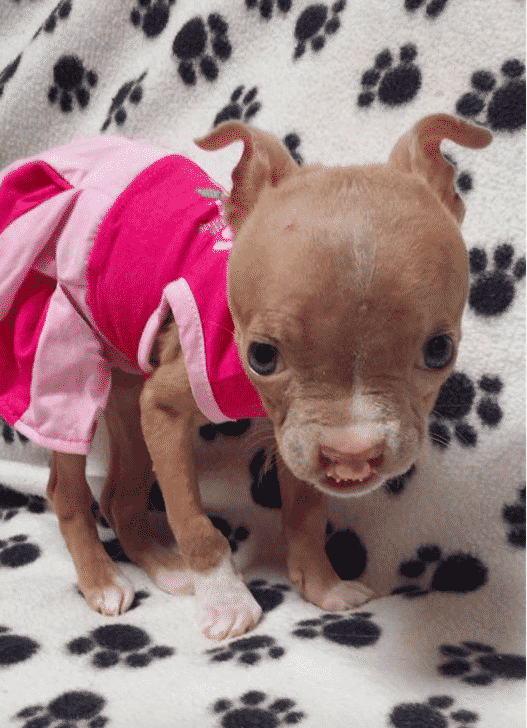 “I scoop her up and hold her,” DeMarco said. “When I hold her and I’m kissing her, if I hold her near my face, she licks my nose.” Still, it’s too soon to know what the future holds for sweet Sasha. 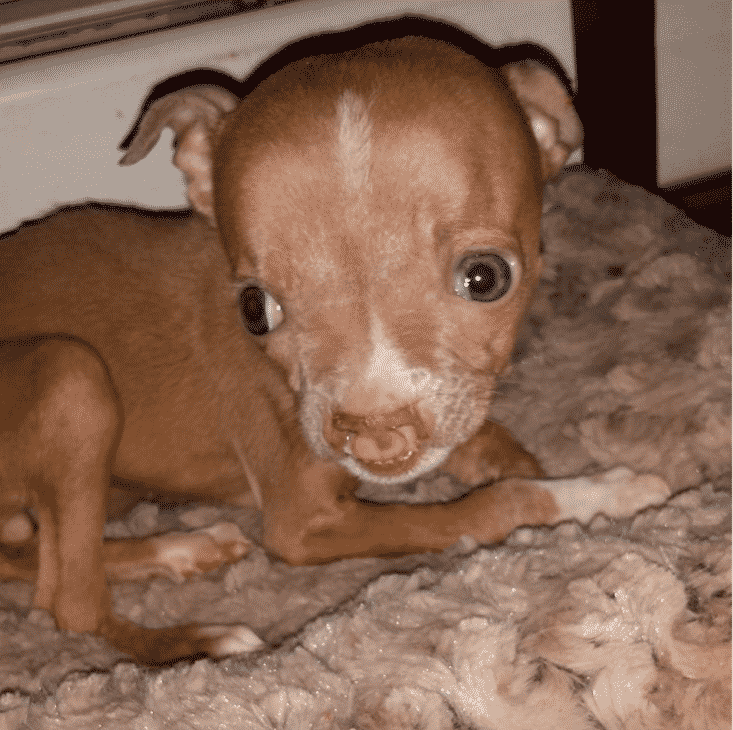 DeMarco, however, is very optimistic about Sasha’s future. No matter what happens, DeMarco and Bellew are incredibly proud of Sasha’s fighting spirit. 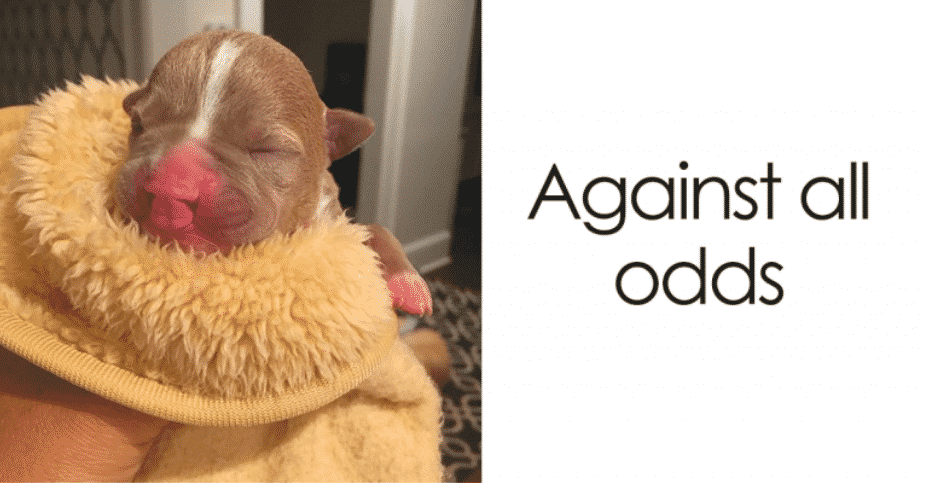 “She was dealt some bad cards in life,” DeMarco said. “Boy, is she loved.” Regardless, DeMarco doesn’t regret any of the time she’s spent caring for sweet Sasha.