When this baby kangaroo was first brought into the world, tragedy struck. Hunters had ruined his life and taken his mother away from him. Then one day, everything changed and this orphaned kangaroo’s life was never the same. 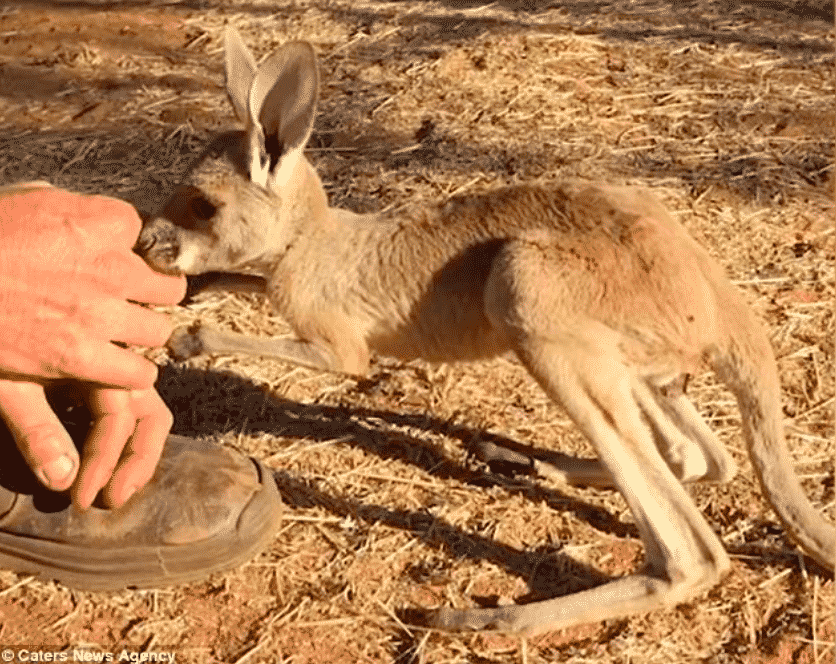 Jax was only a baby kangaroo when his mother was stolen away from him by hunters. A group of hunters had encircled them and sadly took away the life of his mother. 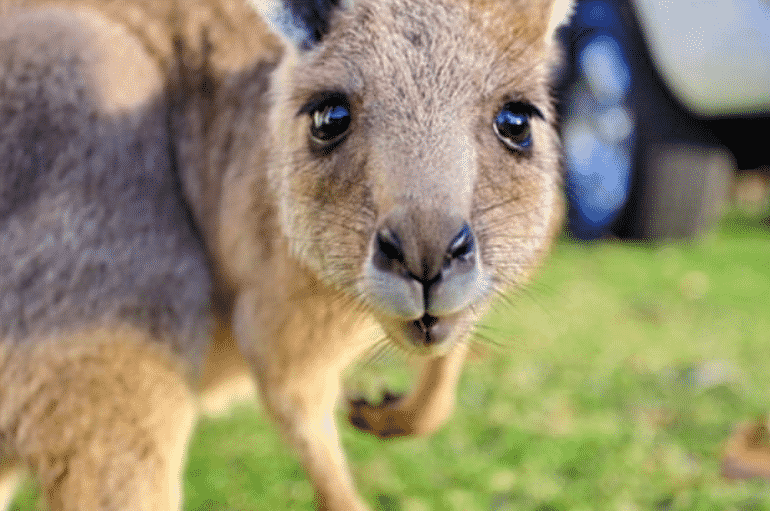 To the hunters, Jax was a prize and they had just won the jackpot. The hunters used him as a toy that they would show off to anyone interested in looking. They treated Jax horribly as well. 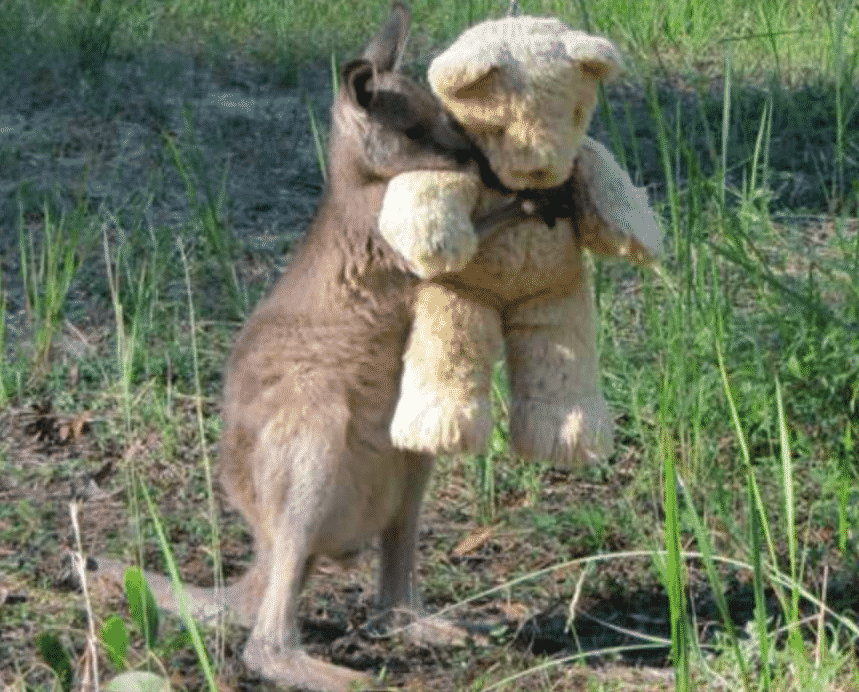 While Jax was in the hands of the hunters, he was treated absolutely horribly. They would showcase him like a trophy and poor Jax would often go days without eating. It was a sad situation. 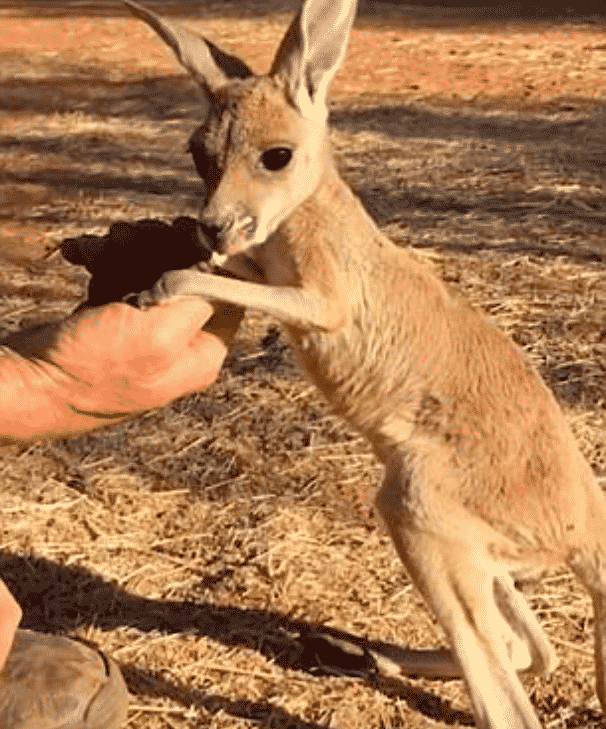 Overall, the men treated Jax with no regard to his life. He was treated like a toy and the men didn’t care to make sure that he cared for properly. Then one day, something amazing happened. 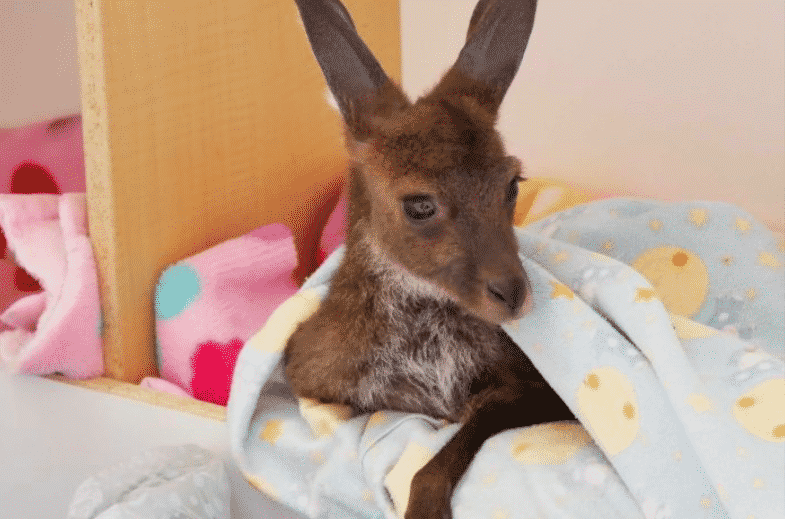 Then one day something happened that would change Jax’s life forever. Joslyn Van Nieuwkerk, a volunteer with a local rehabilitation center, saw a Facebook post about Jax. 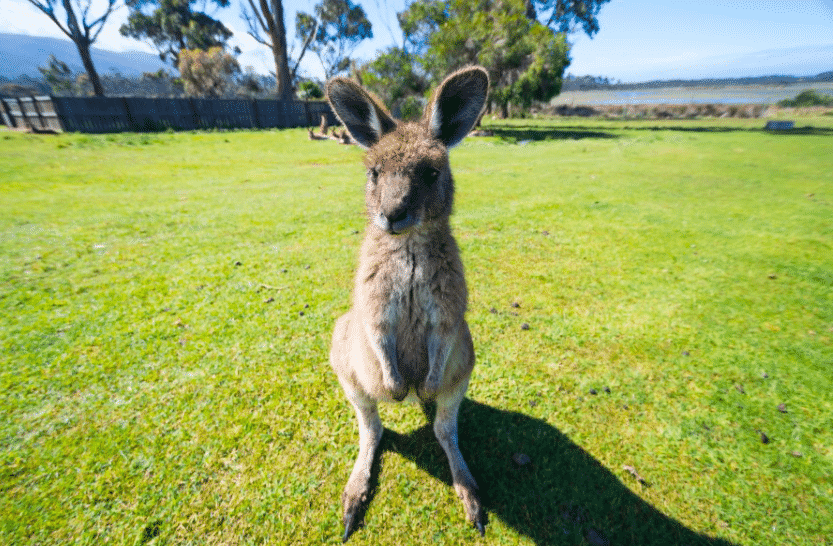 Van Nieuwkerk was deeply troubled by what she saw and it resonated deeply with her. She decided that she couldn’t sit idly by and allow this poor mistreatment of Jax to continue any longer. 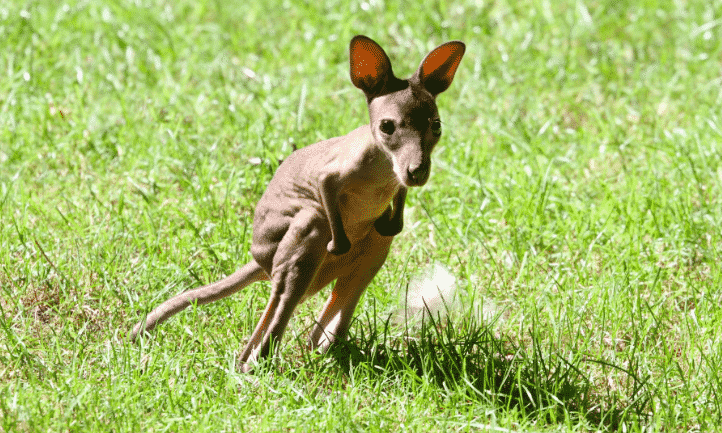 So Van Nieuwkerk headed to the police station immediately and presented them with her case. She showed them all evidence that Jax was being treated horribly that he was being abused by the hunters. 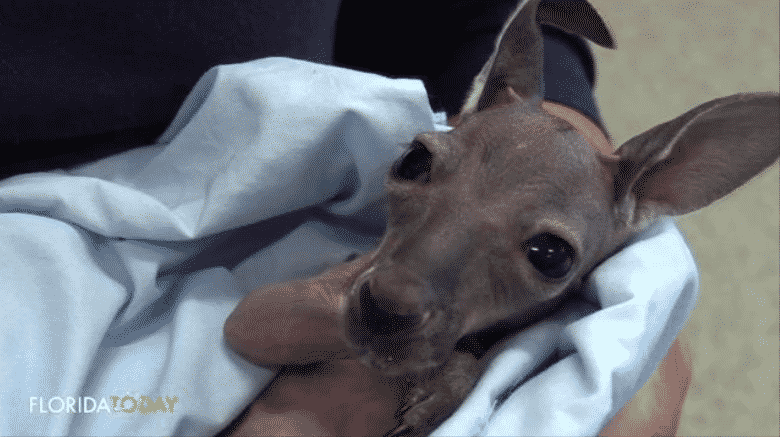 The police took the evidence into consideration and went over to the location where Jax was being held with Van Nieuwkerk in tow. Van Nieuwkerk demanded that the men hand Jax over right away. 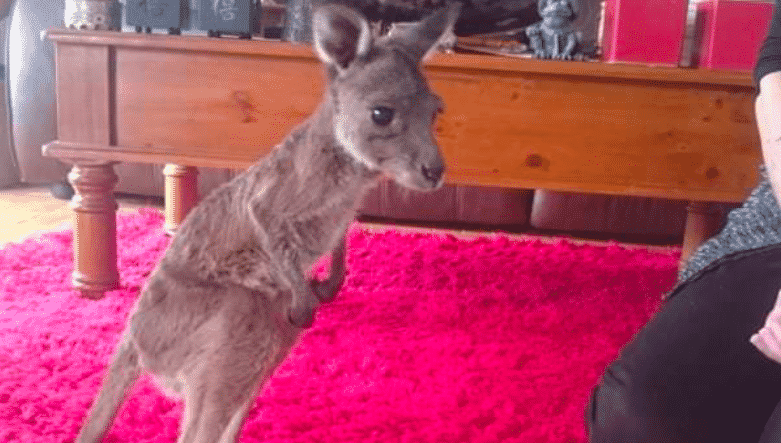 Van Nieuwkerk was shocked when she finally saw Jax in person. He looked worse than she had imagined and the poor thing was in terrible condition. It was all so heartbreaking. 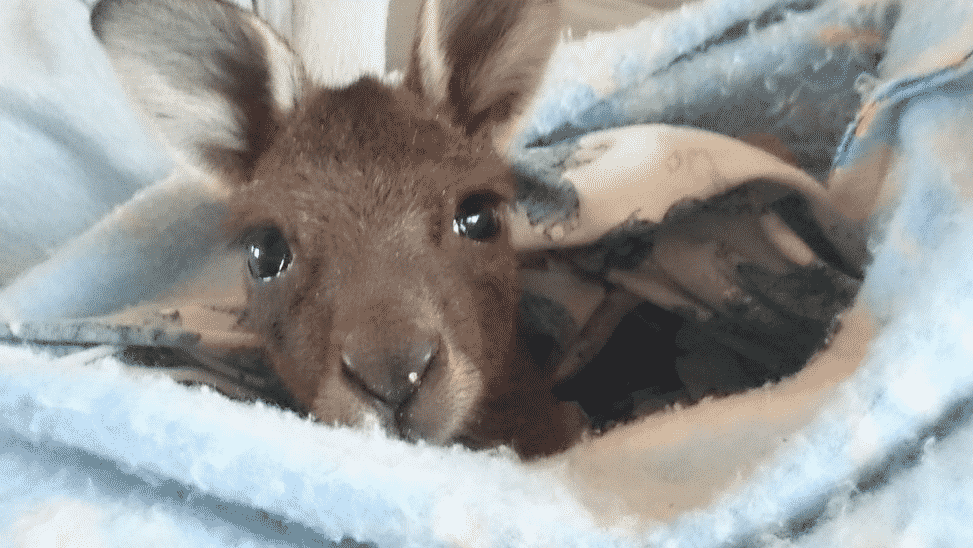 Van Nieuwkerk promptly brought Jax over to the emergency care so that he could be looked over and treated. He was so weak that Van Nieuwkerk worried that she might have been too late… 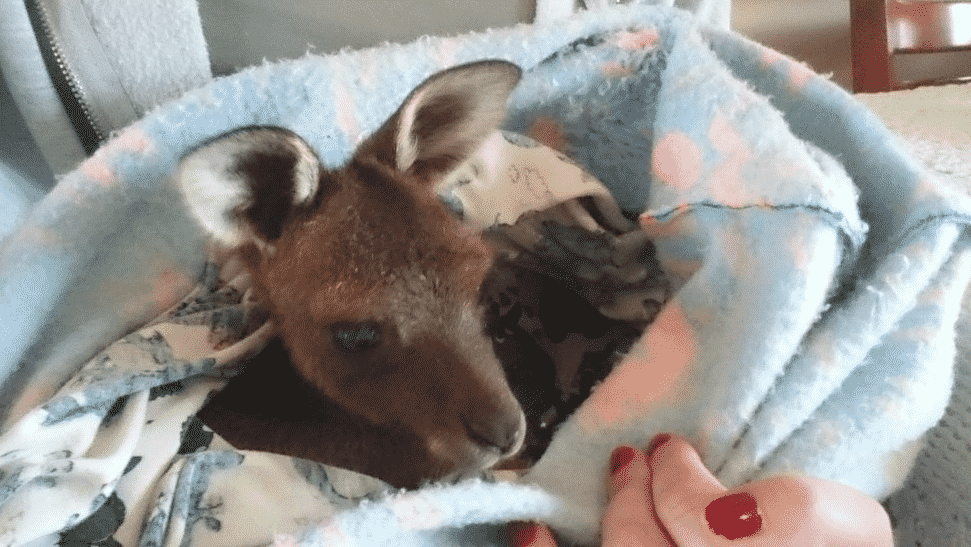 “When we got him, he had not been fed for 48 hours and was very cold and in terrible condition, weighing just 1.2 kilograms (2.6 pounds),” Van Nieuwkerk told The Dodo. “He was so dehydrated that his skin was peeling.” 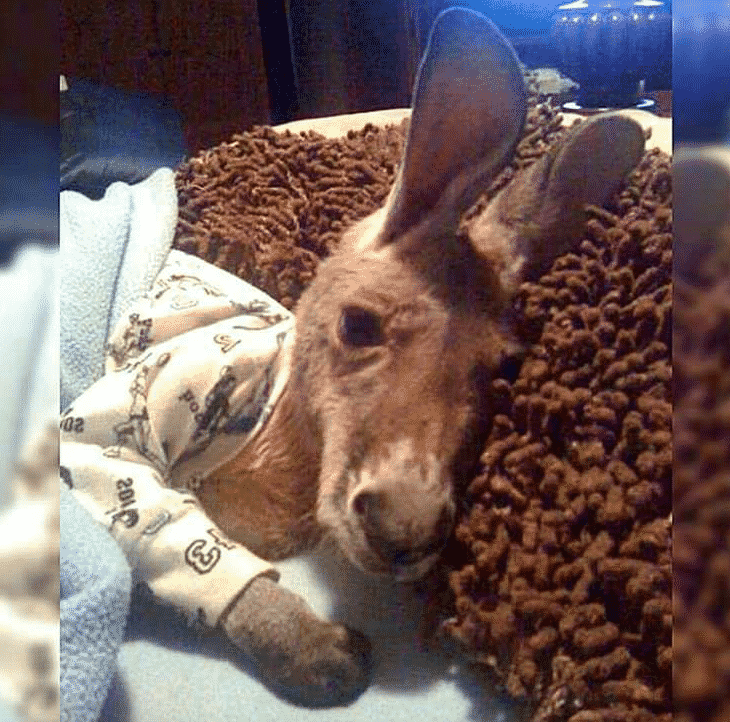 When Jax was finally brought to his foster home he was so tiny, weak, and frail. He was also incredibly distrusting of humans, since the only experiences he had with them had been so terrible. 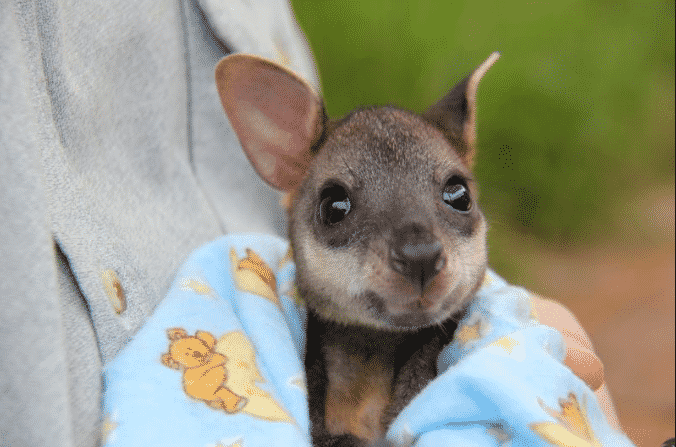 Jax was very scared and it took him a long time to come out of his shell. However, after some more time passed, he began to show more and more of his personality. 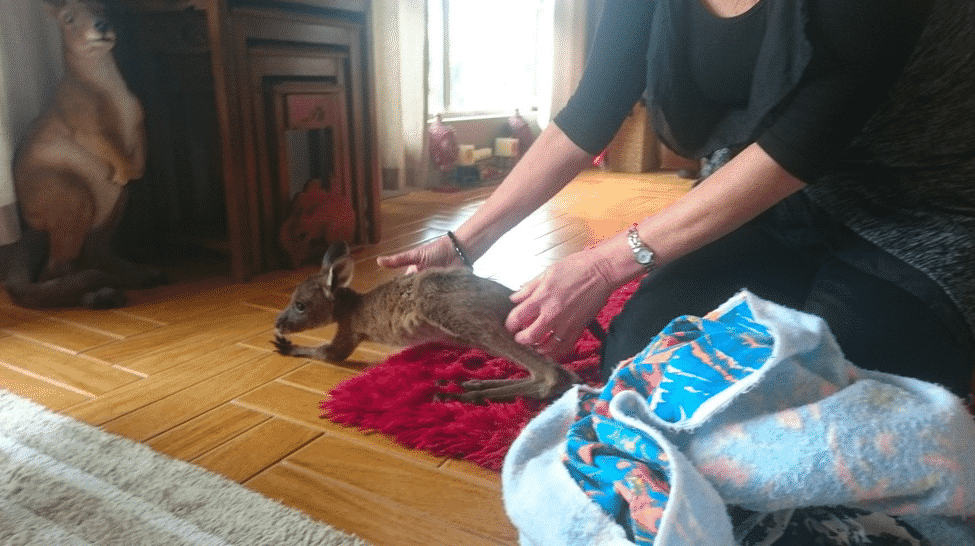 Soon Jax was hopping around and exploring all throughout his foster home without a problem. He would also enjoy spending time with his rescuers whenever he got a chance to! 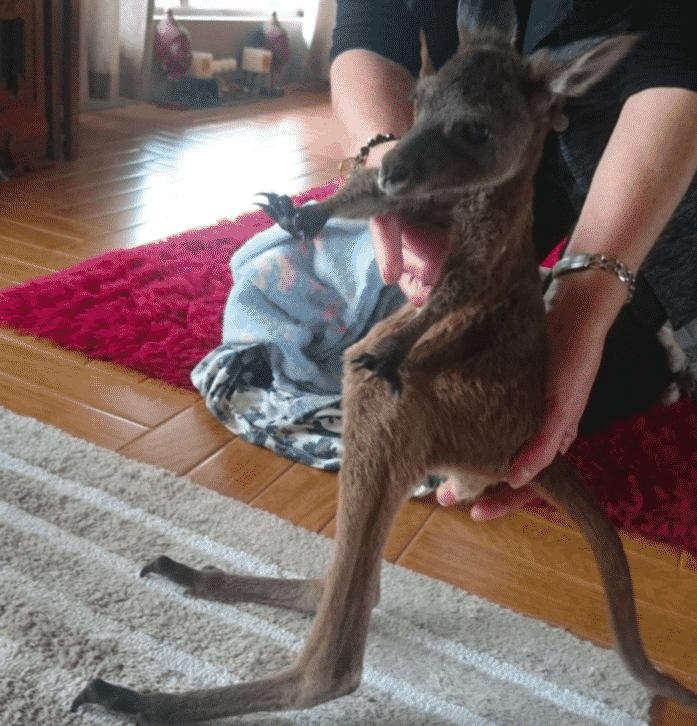 “He has been nursed back to health with lots of love and care,” Van Nieuwkerk said. “He is getting stronger every day! [Jax] is doing a lot better now but he has a very long way to go.” 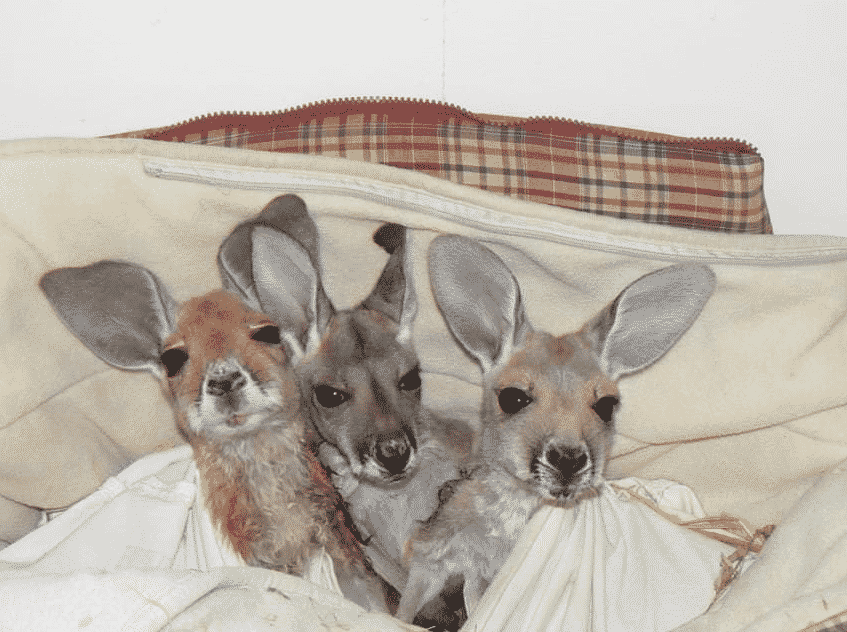 Since Jax’s recovery process will take some time, he has recently been moved back to the local rehabilitation center. This will ensure that he gets whatever medical treatment he needs as soon as possible. 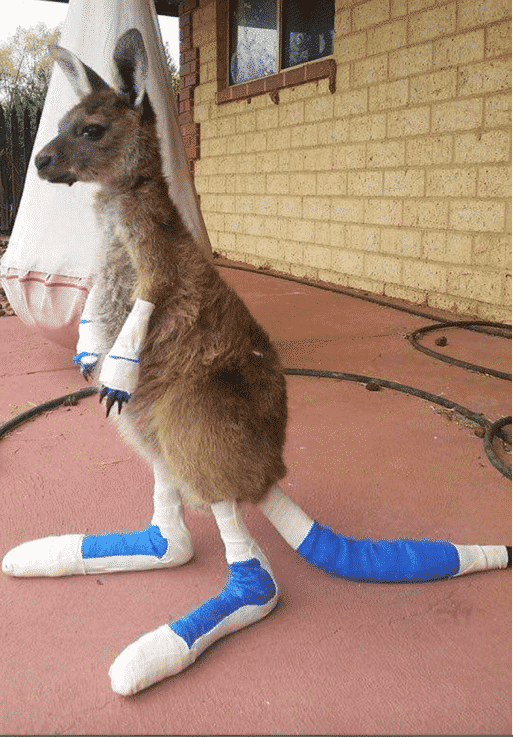 Once Jax begins to show signs of getting better he will be moved back into his foster home with Van Nieuwkerk. Van Nieuwkerk is excited to have Jax back at home with her. 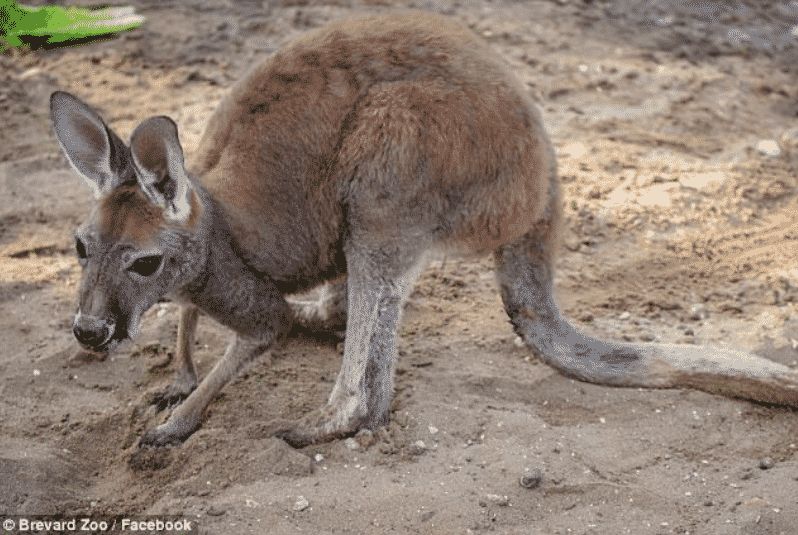 Once Jax is old enough and healthy enough, he will be rereleased back into the wild. This will ensure that he is back to where he belongs. 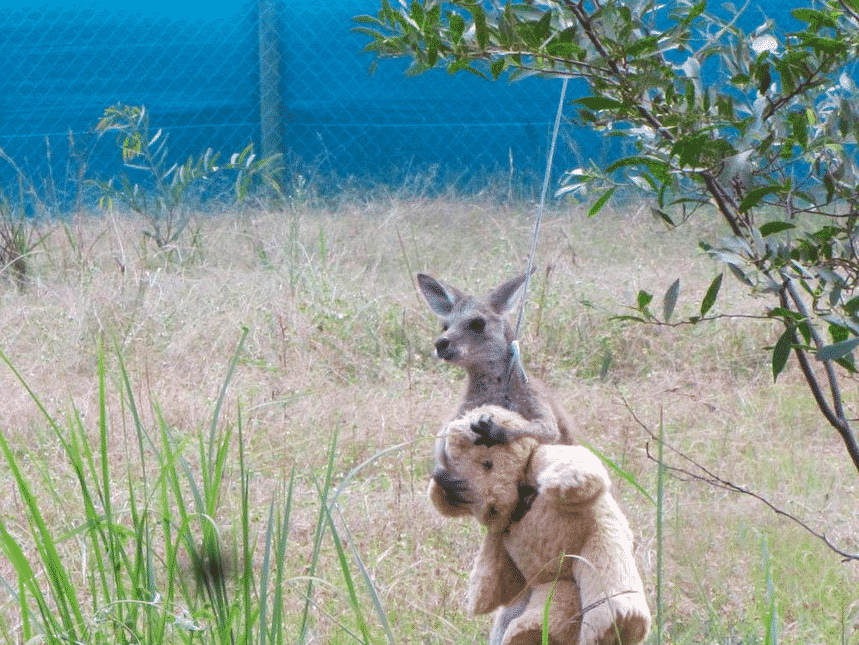 For now, until he is old enough, Jax will receive all of the love and attention that he needs to get bigger and stronger. This will ensure that he grows up to be a healthy kangaroo. 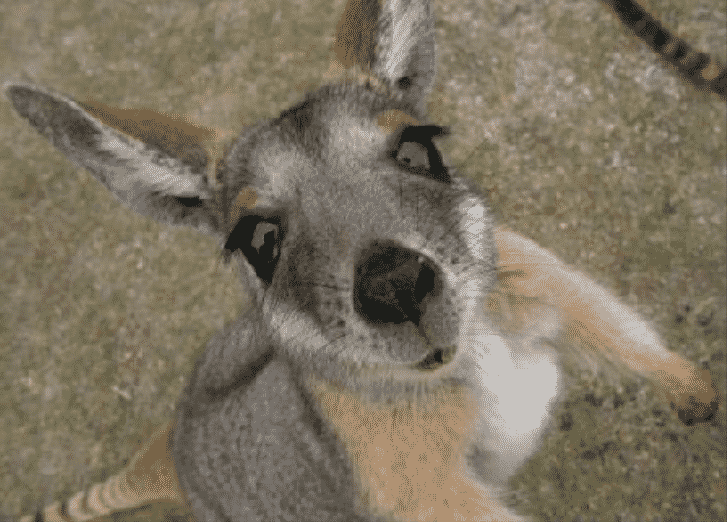 Jax has been lucky enough to receive a second chance at life. Thanks to Van Nieuwkerk, Jax is getting tons of love, support, and medical attention that he otherwise would have never gotten.