Marvel is known for hiding many layers of secrets within its films and comics. With every film that comes out there seemingly are more questions then there are answers but maybe not this time around as many fans seem to be pretty satisfied with what the film Thor: Ragnarok had in store. 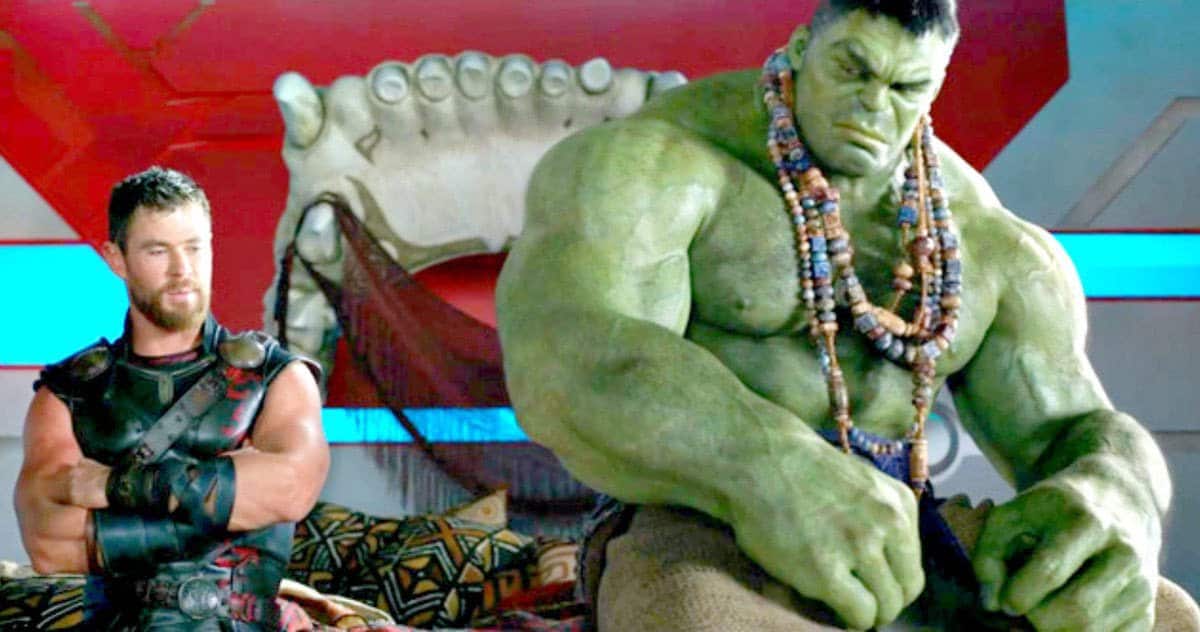 Throughout this particular film, fans got to not only indulge in theories around Thor but with the classic Marvel comic book character The Hulk as well. The film even tied in other theories from The Avengers movies. You won’t believe what surprises you might have glanced over upon first viewing of this film. 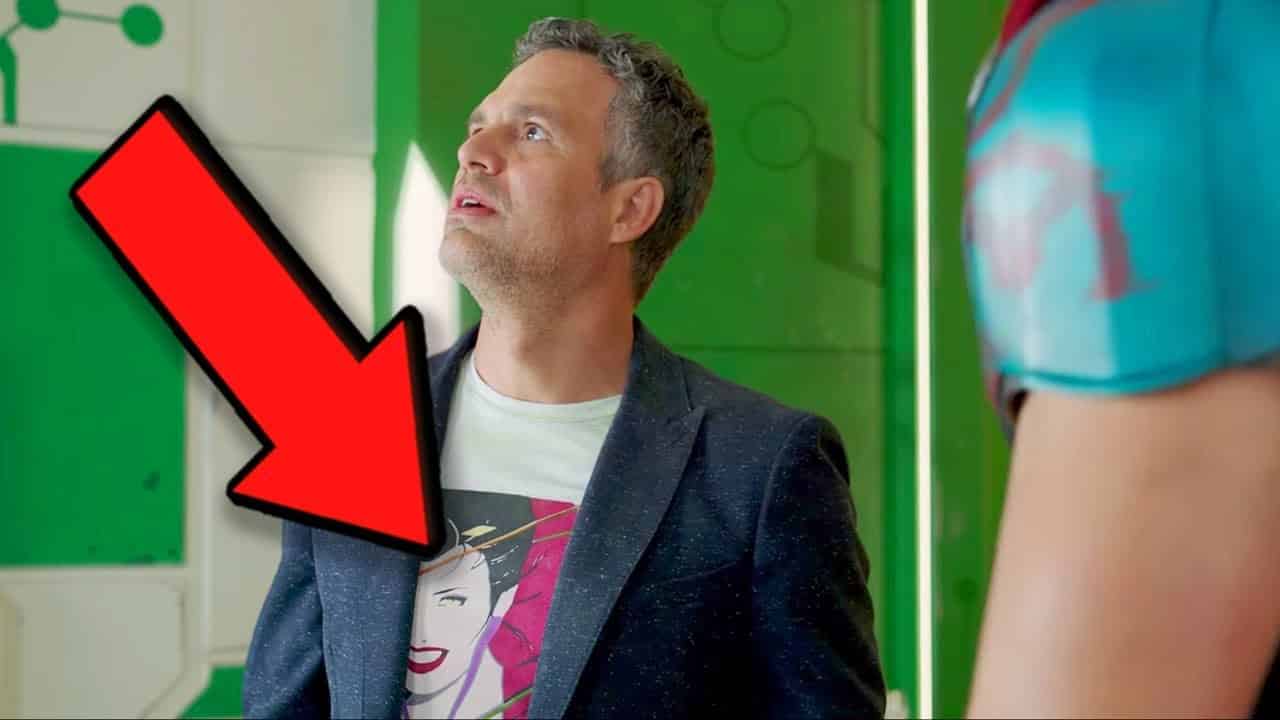 In the film when Bruce Banner is in need of some clothes. Thor gives him Tony Stark’s clothes that fans realized were also in Quinjet. Also, the T-Shirt that Banner is wearing has the 1982 Duran Duran album, Rio, on it. 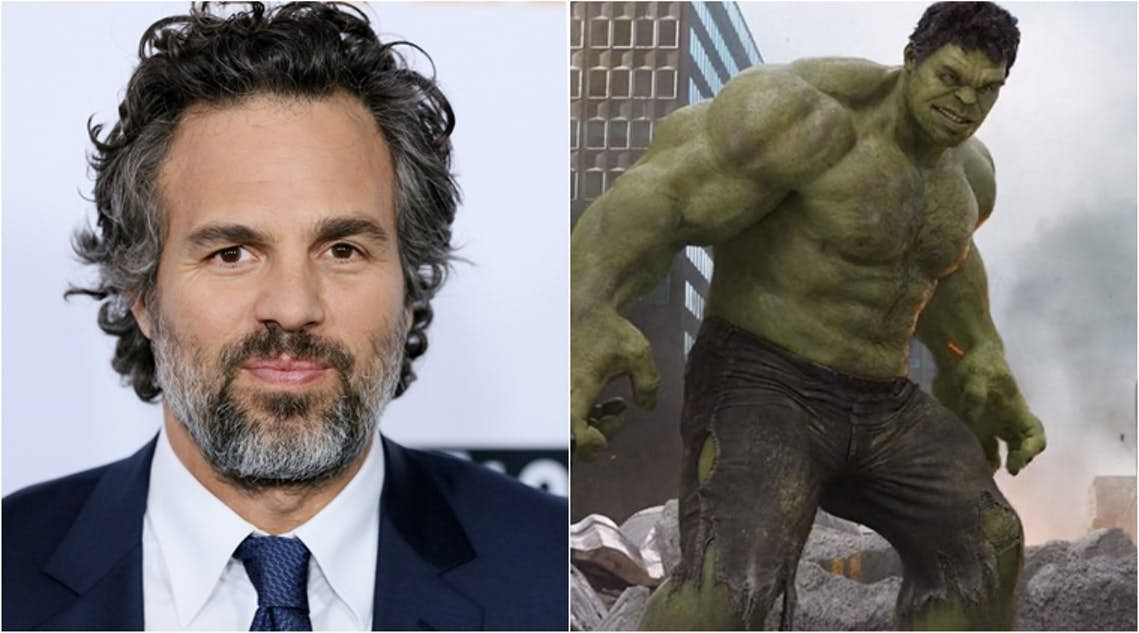 The film also brings dedicated fans toward a major the well-known event for Hulk when he says “No Banner here,” meaning that Bruce Banners ’s persona is no longer in the Hulk’s body. This has happened in the comics before as the Hulk and Bruce Banner become two separate characters acting out their own storylines. 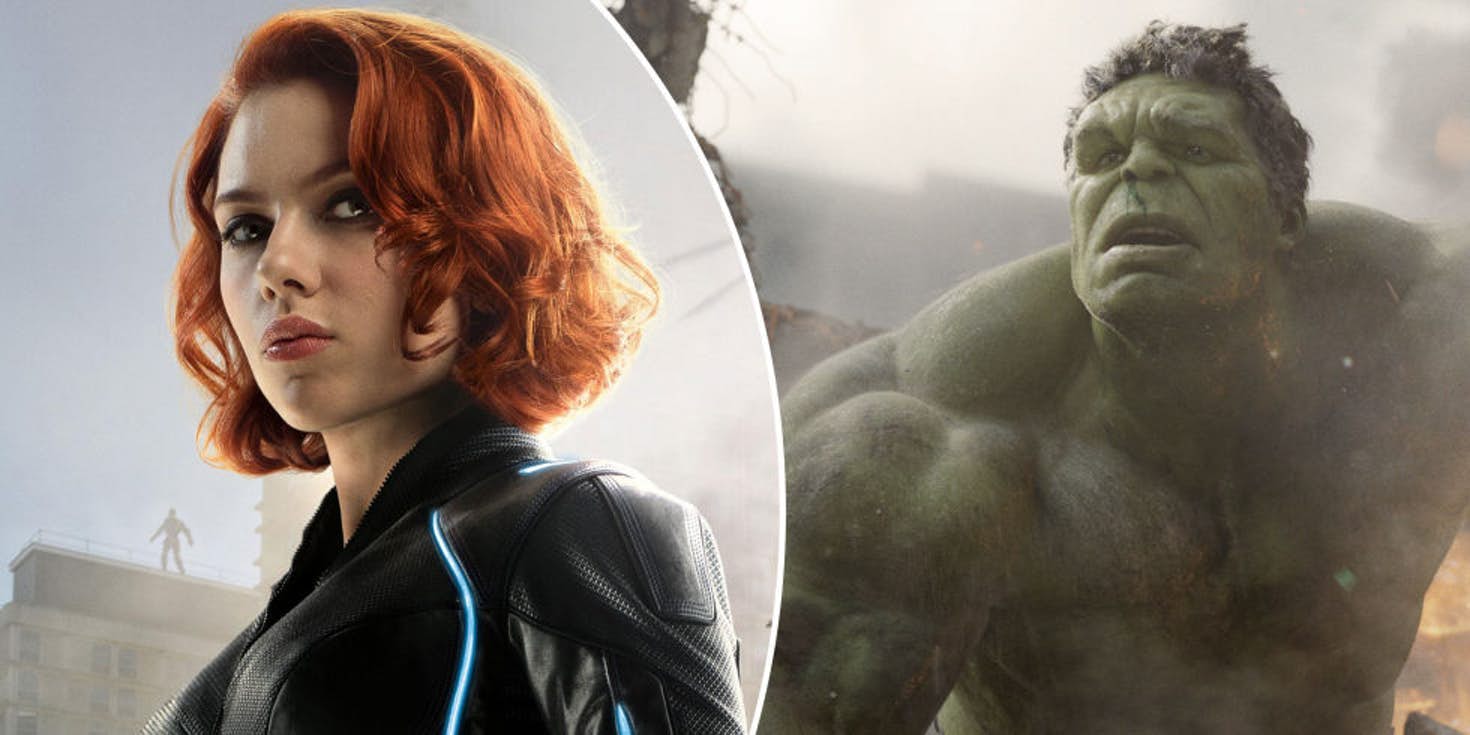 Another easter egg in this film is when the video of Black Widow pops up on the command center and asks him to go back to Sokovia. He doesn’t, and instead, crash lands on a foreign planet. In  Thor: Ragnarok, Thor gains access to the same the command center that The Hulk was in from Age of Ultron. 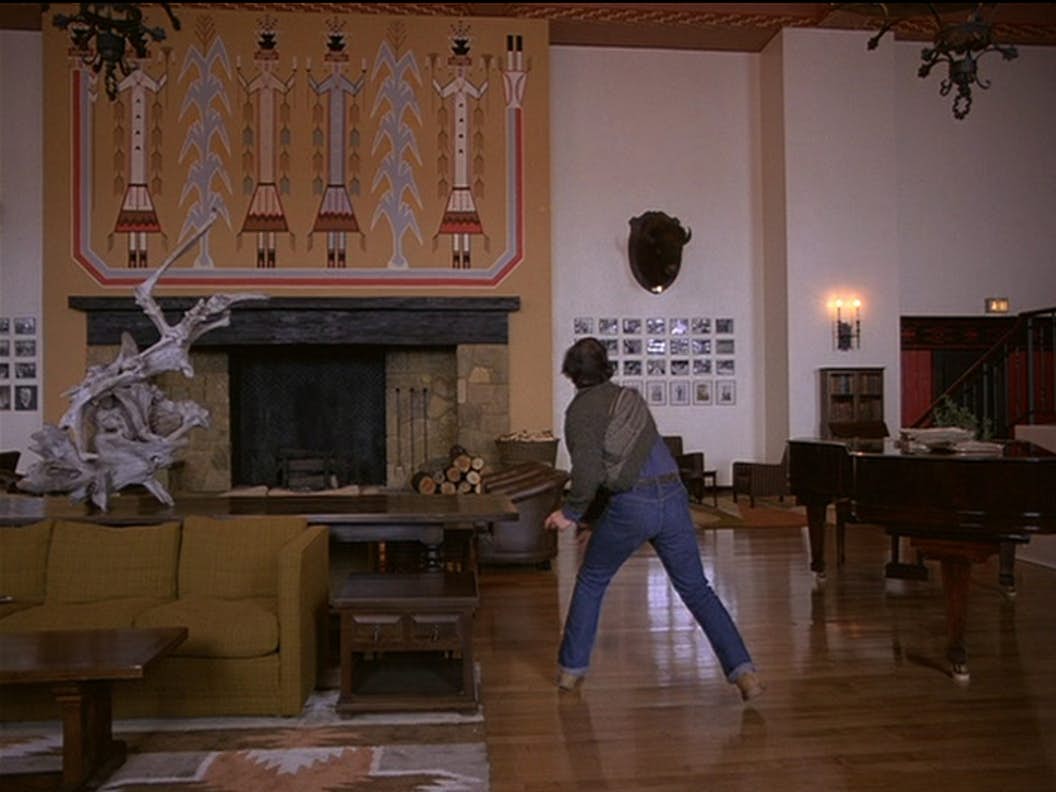 Fans are quick to point out the similarities to a scene in the film with another one in  Stanley Kubrick’s The Shining, where Jack Torrence’s character starts losing his mind. When the Hulk starts to lose his mind, becoming more like a child, some saw that The Shining may have influenced the way this scene with the Hulk was created. 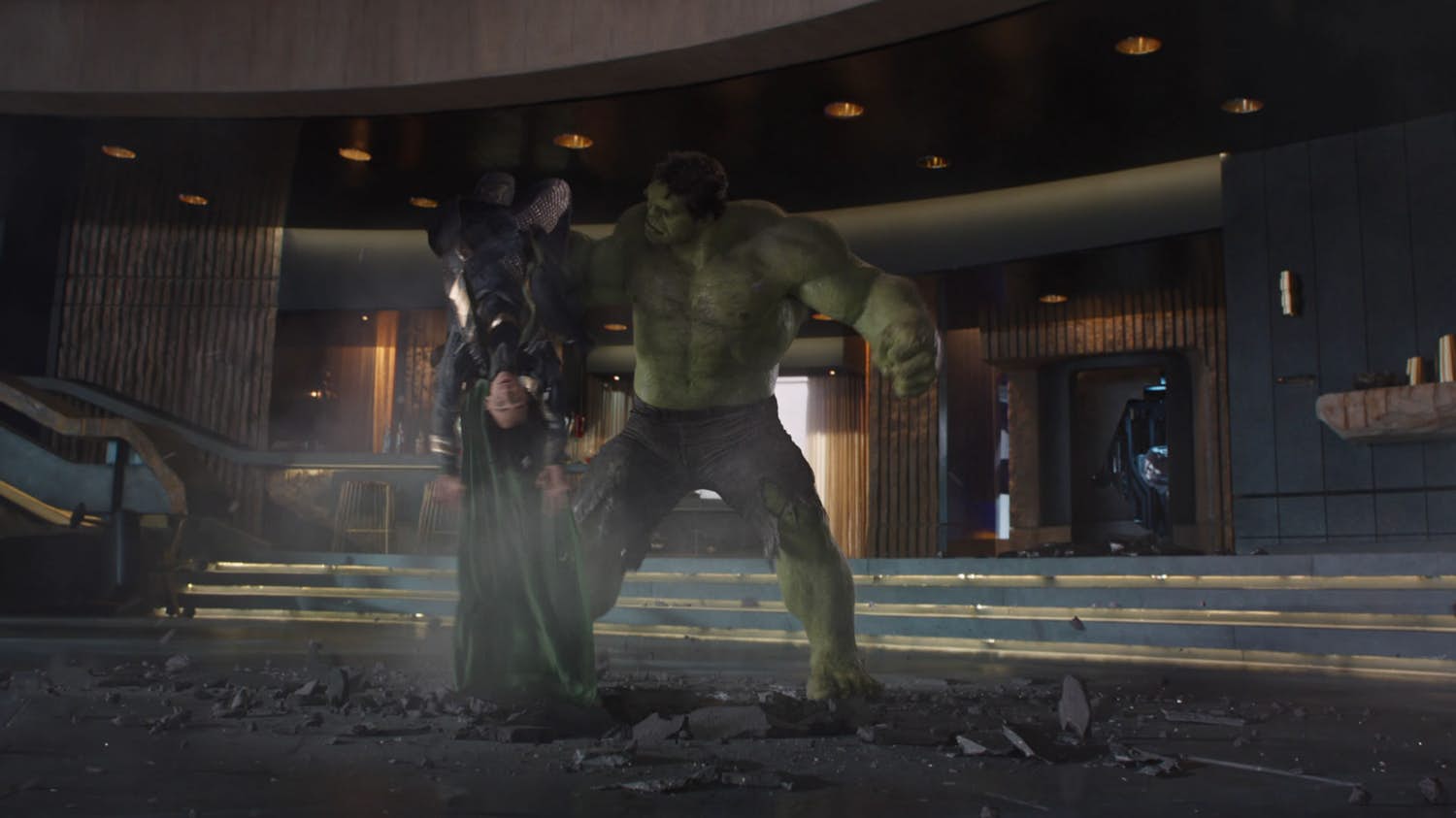 One of the film’s major scenes was when Thor and the Hulk battle head-to-head. During the fight, Thor tries to utilize Black Widow’s sunset method to stop Hulk, but he gets grabbed by Hulk and smashed exactly the same way Loki was in The Avengers. This was a major throwback scene for those who have followed the rest of the scenes in the franchise.

During the original Thor, movie fans spotted a something interesting on display in the vaults of Asgard and many began to wonder if it was the Infinity Gauntlet. In the film Thor: Ragnarok, the questions were finally put to rest when Hela showed that the questionable display in Asgard was not real. 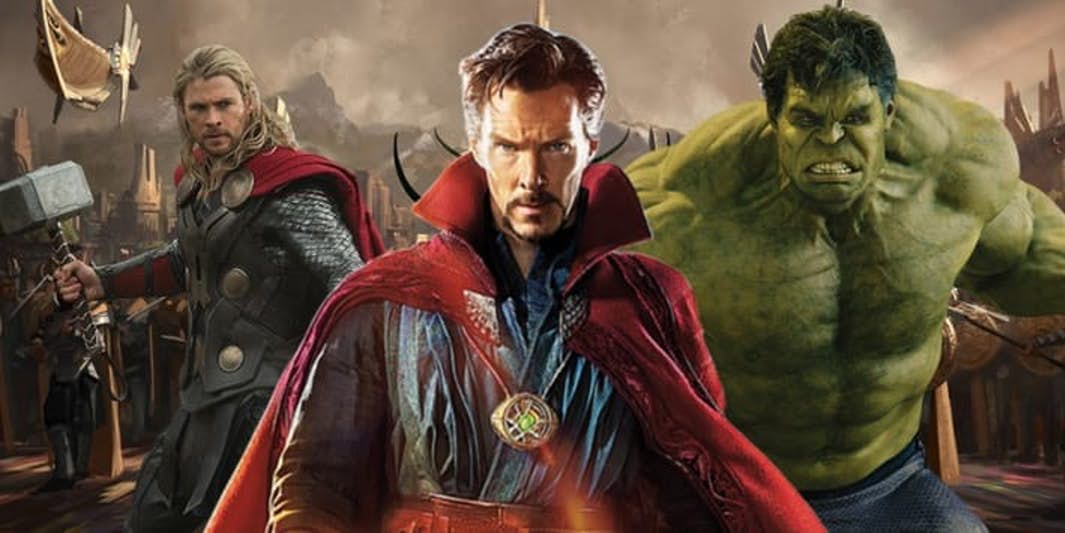 During the scene where Dr. Strange explains to Thor how he knows Odin’s location which confirms a theory from Thor: The Dark World.  This theory comes to a conclusion in Thor: Ragnarok and when the audience sees Thor return to Asgard. 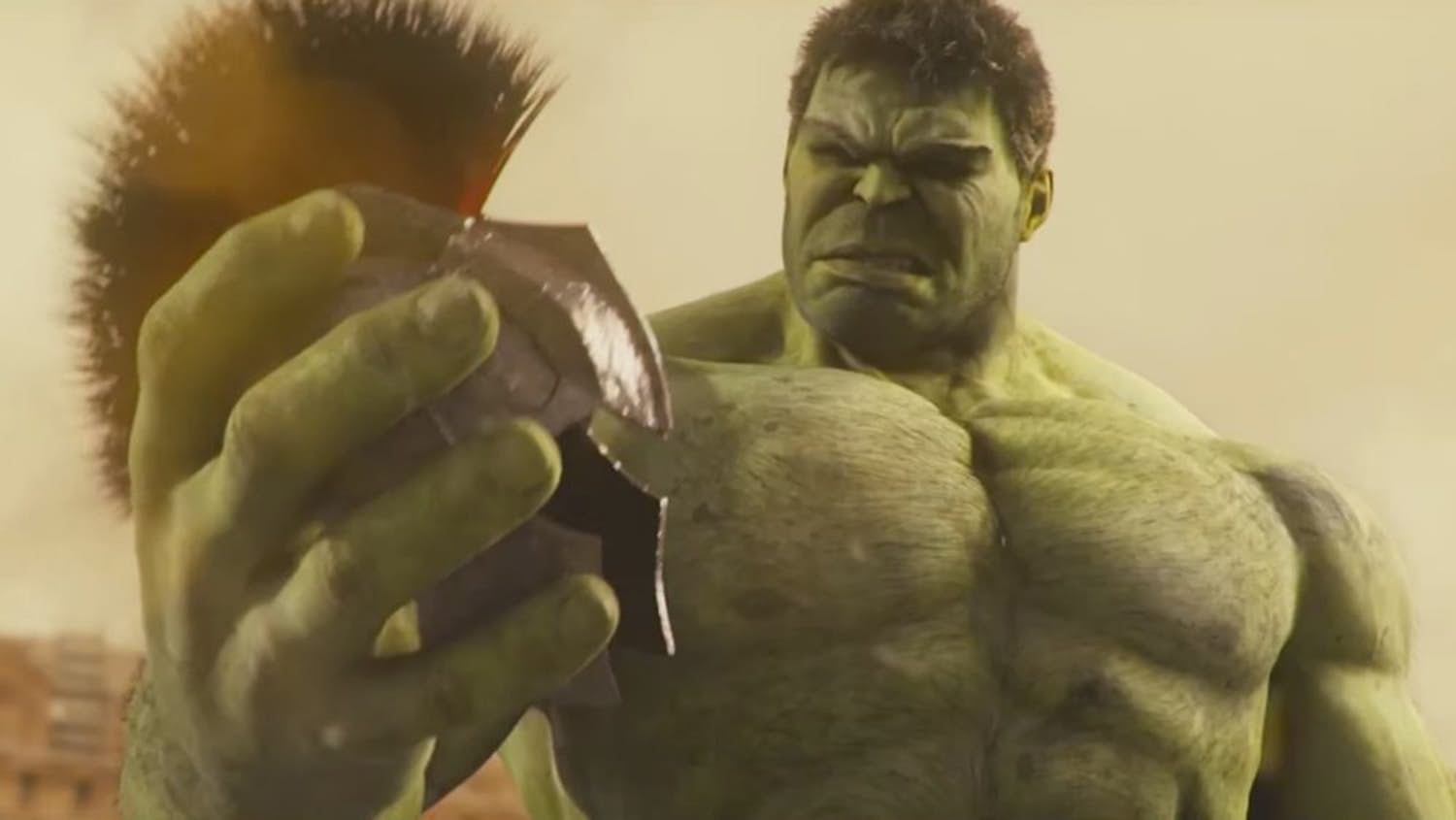 This film portrays the Hulk to be childlike and simple. Other versions of the Hulk are very different like the Hulk portrayed in  Planet Hulk and World War Hulk, where he is seen to agree with the enslavement of Earth because of the way people have treated him. Only real Thor fans will catch the next reference. 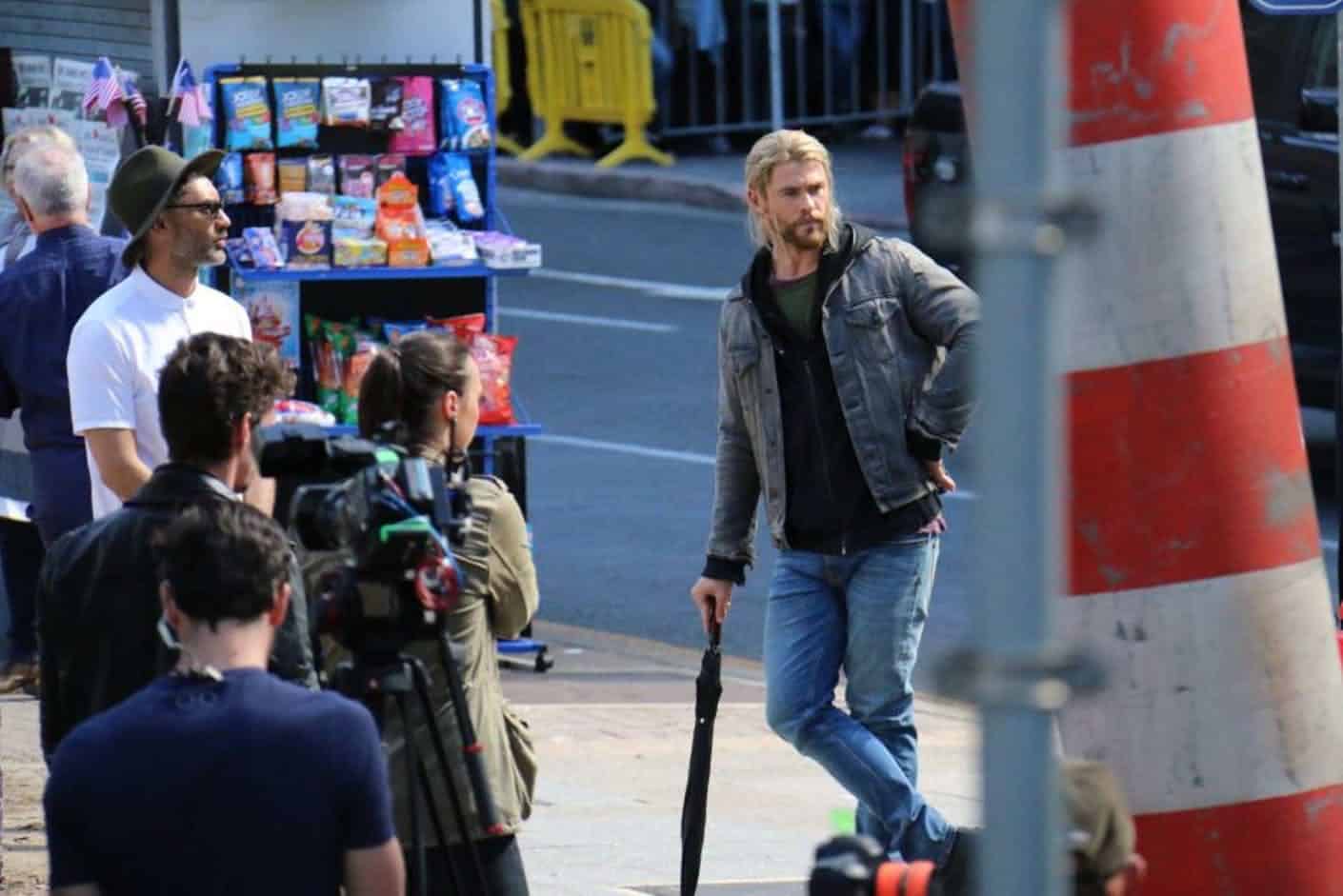 Followers of the Marvel comic series noticed the umbrella Thor carries is actually his hammer, Mjölnir, disguised as an umbrella. This is a reference to the original iteration of the character, where human Thor would transform into real Thor by tapping the umbrella on the ground, thus transforming into The God of Thunder. 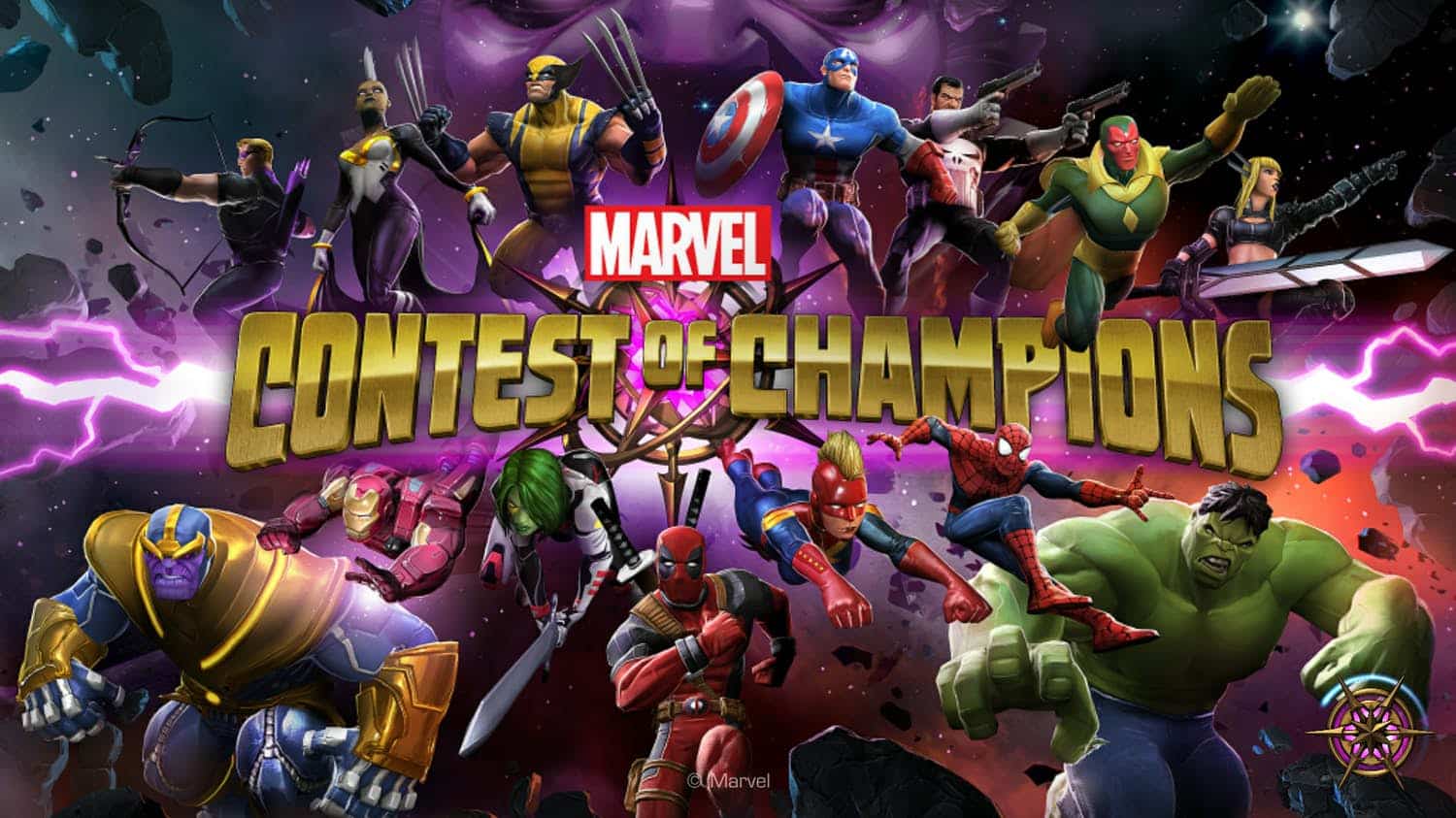 In the original comics, Hulk goes back to Earth in World War Hulk to seek revenge on the superheroes that sent him away by enslaving Mr. Fantastic and others to fight in his own Contest of Champions.

Although the Comics are in a league of their own, the movie did do something special. 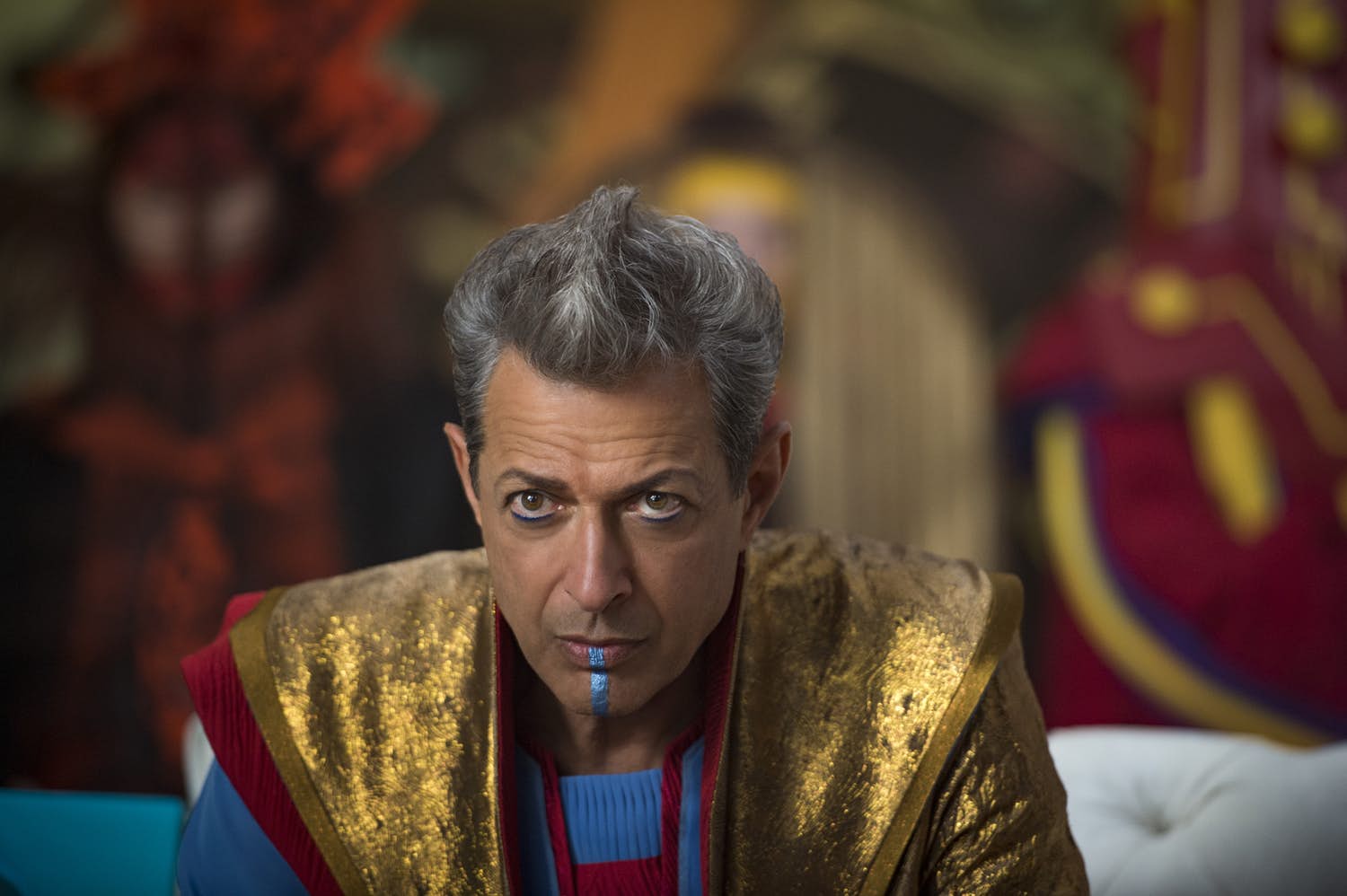 This film spotlighted the character known as the Grandmaster. In Guardians of the Galaxy Vol. 2, Ego, the living planet belonged to The Elders of the Universe. The interesting part about these Elders is that they are known to be the group that evolved from the earliest galaxies following the Big Bang.

True fans were talking about something else the movie referenced, and it had chat rooms booming.

The Point Break reference in the film also had the fans talking. In the scene where Thor tries to start the ship without the right password, he realizes that it’s most likely the nickname Tony Stark gave him, Point Break. Stark gave Thor this nickname in the first Avengers movie because Thor looks like Patrick Swazey’s character in the movie Point Break.

Marvel also took this opportunity to clear up some fan animosity. 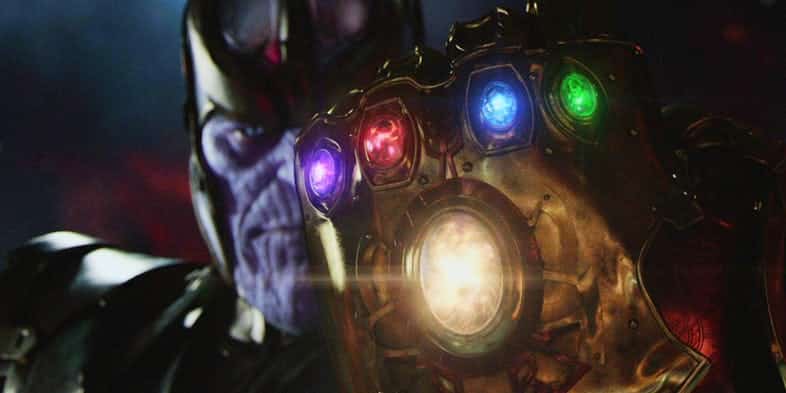 You may have missed this note, but Ragnarok answered one major question surrounding a plot hole in Marvel’s comic series thus far–the existence of two infinity gauntlets. Fans noticed that in the original Thor movie the gauntlet was seen in Odin’s vault, yet later it was revealed Thanos had it, and they weren’t havin’ it. Marvel inserted commentary suggesting one was fake, but they also left room for interpretation, probing fans to theorize for the next movie.

That’s not all you missed. 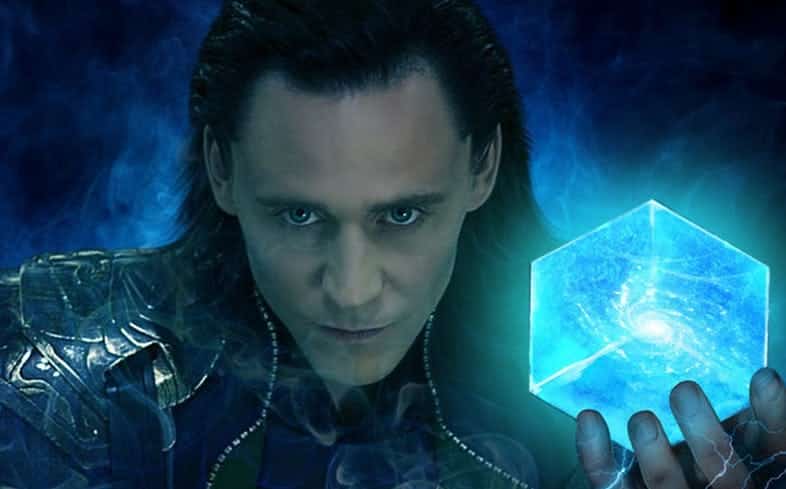 When we see Loki go into Odin’s vault to resurrect the Surtur, before the scene ends he can be seen taking a longer than usual glance at the Tesseract. In the trailer for the upcoming movie, Infinity War, Loki can be seen passing the Tesseract off to someone who resembled Thanos. If this happens, big things are upon us.

There was also a hint of a family connection that you might have missed.

8. The Grandmaster and The Collector

If you didn’t notice, the Grandmaster looks an awful lot like another Character from Marvel, the Collector. This was Marvel’s way of honoring the comic books by making them brothers, with noticeable linkable features.

Their features aren’t the only reappearing faces on screen either, you just have to look a little closer. 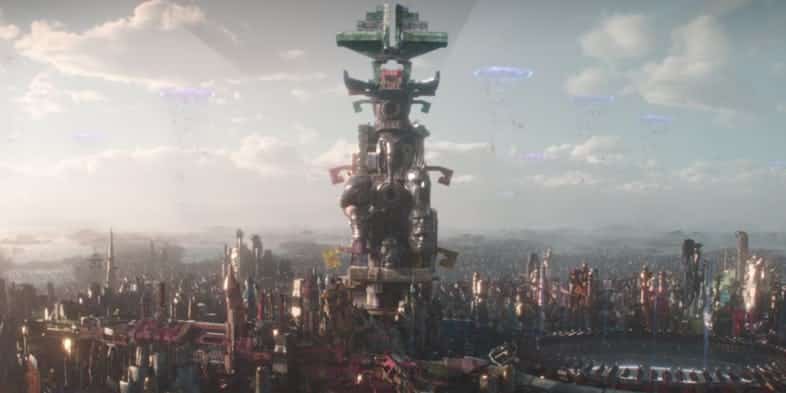 Many fans noticed in the trailer that the Palace was lined with the faces of old grandmasters, something that producer Kevin Feige confirmed at a press conference. He thought it would be nice to hide these “Easter Eggs” for true fans.

The Movie also had a heavy Austrailian influence, right under our noses.

Waititi interjected many Australian inside jokes, and even named all the ships after Austrailian cars. This is because of Waititi’s New Zealand roots and the fact that the movie was shot mostly in Austrailia.

Did you happen to notice Hulk’s bed?

When we get a chance to see Hulk’s room in Sakaar, it’s pretty swanky. Did you happen to notice what his bed was made out of? It’s a giant skull! Not any skull either, the skull of the animal he beat to win the Grandmaster’s Championship.

Let’s go back to the beginning for a second, did you catch the prophecy? 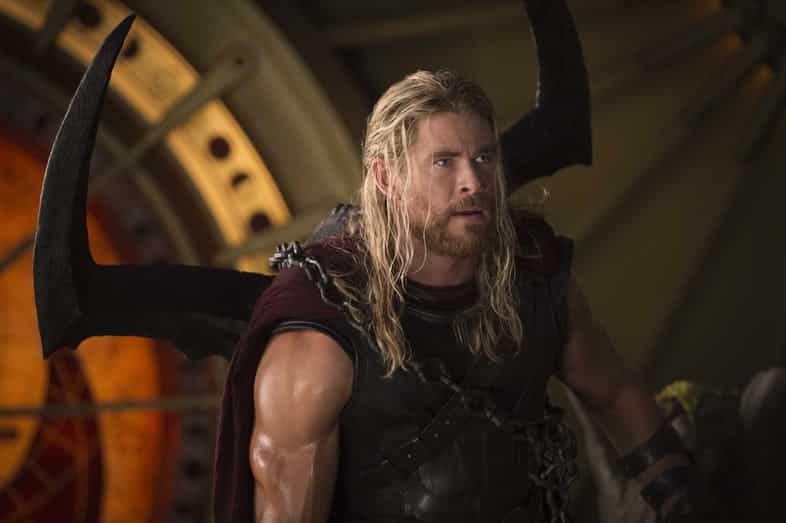 At the beginning of the movie, we see Thor fighting the Surtur, and successfully bringing the skull to a random Asgardian. What he says to that Asgardian doesn’t seem to fit but is actually a reference to an age-old prophecy that the Surtur will rise, bringing death to Asgard, “lock this way in a vault so it doesn’t turn into a giant monster and destroy the whole planet.”

If you take a closer look at another scene, you’ll notice something peculiar.

Jack Kirby was one of the founding artists of Marvel and he is responsible for the creation of Dr. Strange. If fans take a closer look inside of the Grandmaster’s room in the Colosseum, they will notice that the designs of the wallpaper are created by Jack Kirby himself.

And can we talk about the credit scenes?? Let’s look at what was going on there. 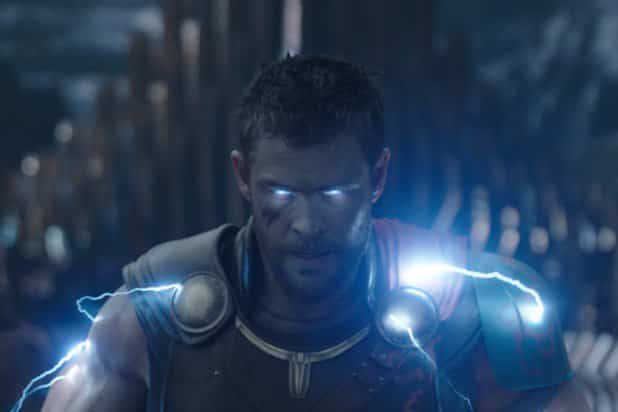 In the first credit scene–A Marvel tradition which includes hints for fans and extra information–Thor, Loki, and the Asgardian spaceship have a run in with one of Marvel’s worst villains, Thanos. They encounter Thanos on their way to Earth, setting up the scene for the next movie, Infinity War.

That’s not the only scene they snuck in. 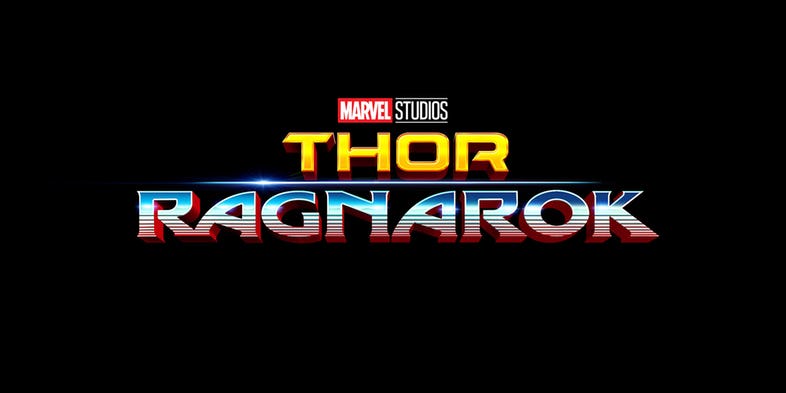 The second credit scene shows the Grandmaster popping out of a blue chamber, being aggressively greeted by a gang of Sakaar rebels. The mystery lies with the ending joke the Grandmaster is making to the group, suggesting he had a major role in the rebellion, as every rebellion needs someone to rebel against. Although this isn’t a hint to future movies, it’s a hilarious ending for Jeff Goldblum’s run at the Grandmaster. 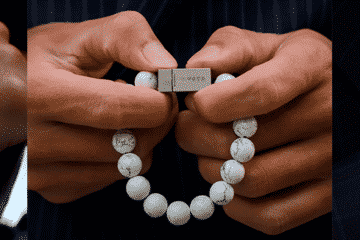